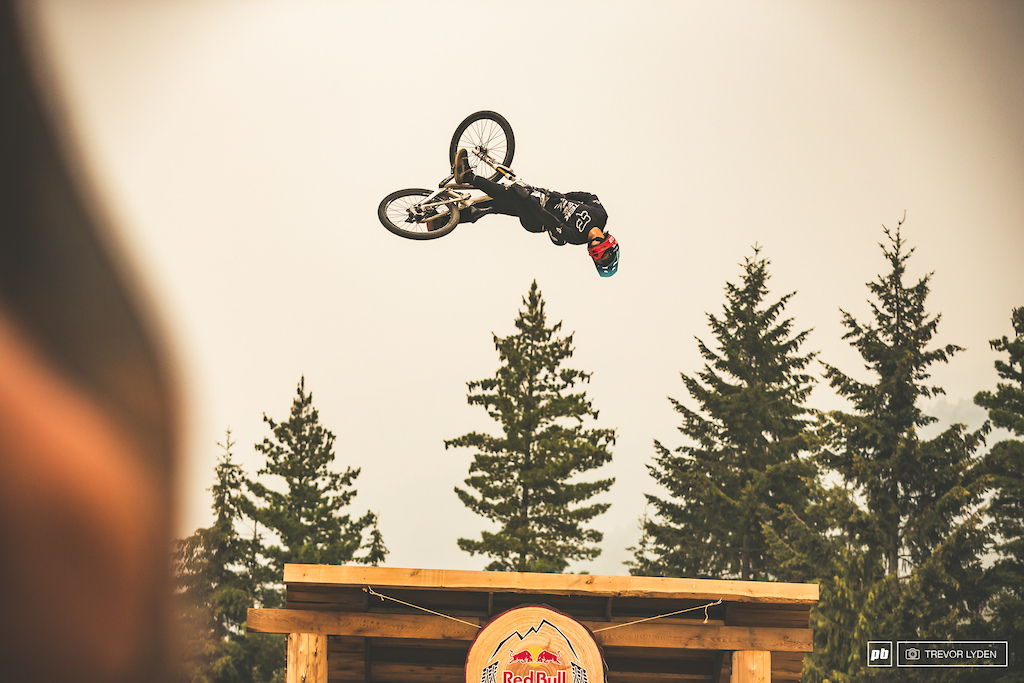 The title of King or Queen of Crankworx is the ultimate test of a rider's skill that demonstrates their ability to consistently perform at the top of the sport across a wide range of disciplines. Getting top results and battling against a whole roster of the world's best riders is all part of the experience for anyone looking to take the crown home when the Crankworx World Tour wraps up in Whistler.

The top male and female riders will each win $20,000 with the second-placed riders (male and female) receiving $10,000 and third place for both categories getting $5,000 CAD. The winners are crowned after Crankworx Whistler finishes on August 16.

2019 saw five-time Mitch Ropelato and Vaea Verbeeck take the title but 2020 already looks like it's going to provide plenty of drama as five-time Queen of Crankworx winner Jill Kintner is back in Rotorua to prove why she is the most successful Crankworx athlete. Take a look below at some of the riders we think could be contenders for the throne this year.

Adrien Loron was so close to the Crankworx King title in 2019, but a charging Mitch Ropelato would storm the competition at Whistler and take the crown from the French rider by over 80 points. For 2020, it looks like Ropelato will be missing the first round in Rotorua which opens up the chance for a new king. Adrien competed in a wide range of events last year with his 14th placed result at the iXS Innsbruck Downhill presented by Raiffeisen Club being his worst of the season. 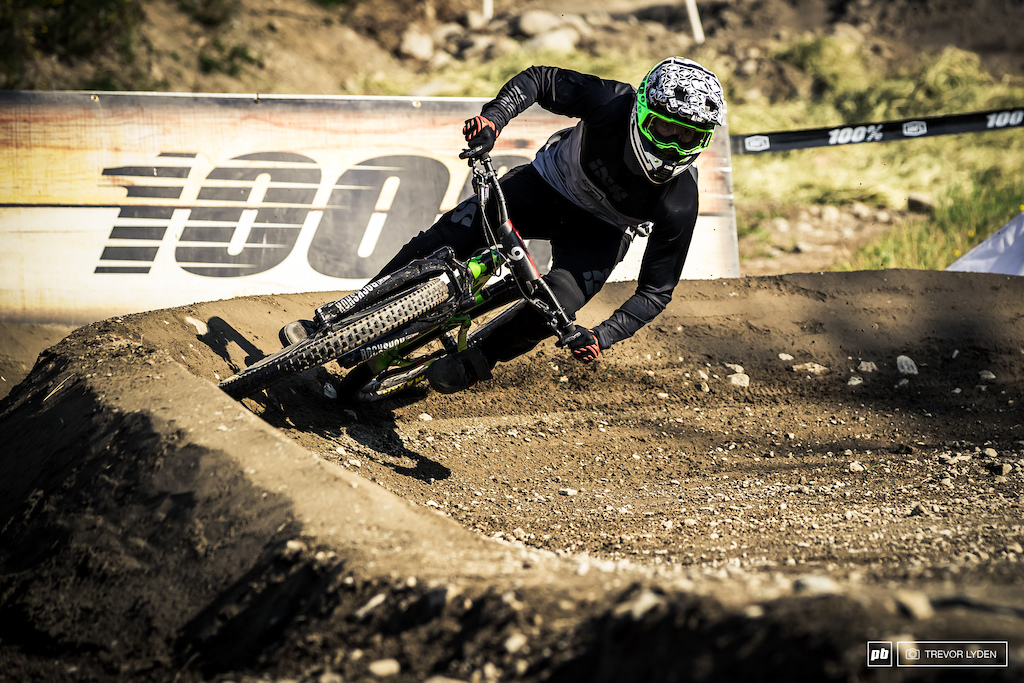 One of only a few slopestyle riders who competes in other events during Crankworx, Tomas Lemoine is another incredibly skilled French rider that has what it takes to stay at the highest level during a season-long fight. With a 2nd place in 2018 and 3rd in 2019, he will be pushing harder than ever to secure the top of the podium at Crankworx Whistler in August. Tomas was incredibly consistent last year with only three events where he dropped out of the top five and managing to secure an average of 50 points in each event.

• Finished 2nd overall in 2018 and 3rd in 2019
• Total of 509 points in 2019
• Featured in 10 events with an average of 50 points for each event. Lemoine was entered in three events at both Rotorua and Innsbruck but competed in four at Whistler.
• Only dropped outside the top five three times. 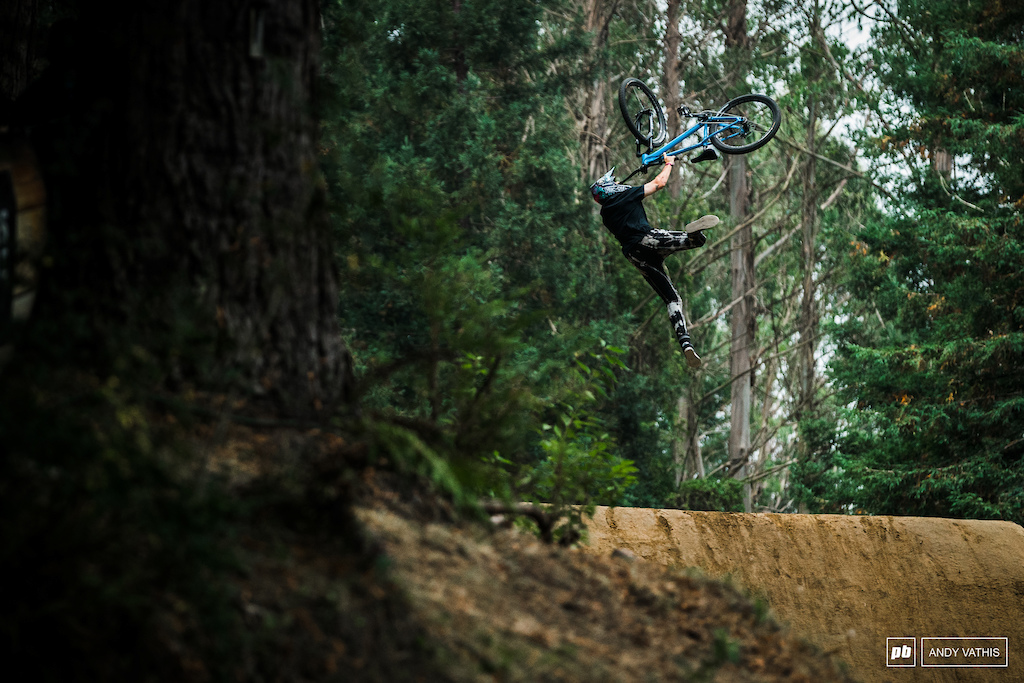 Sam Blenkinsop is coming into the 2020 season hot off his first New Zealand Elite national championships title which could be a sign that we may see a return to winning form at the Crankworx Rotorua Downhill presented by Gull. Sam won the King of Crankworx title back in 2018, but for 2019 he was not even inside the top ten in the overall after missing Crankworx Innsbruck. Hopefully, 2020 will see him back in the mix. 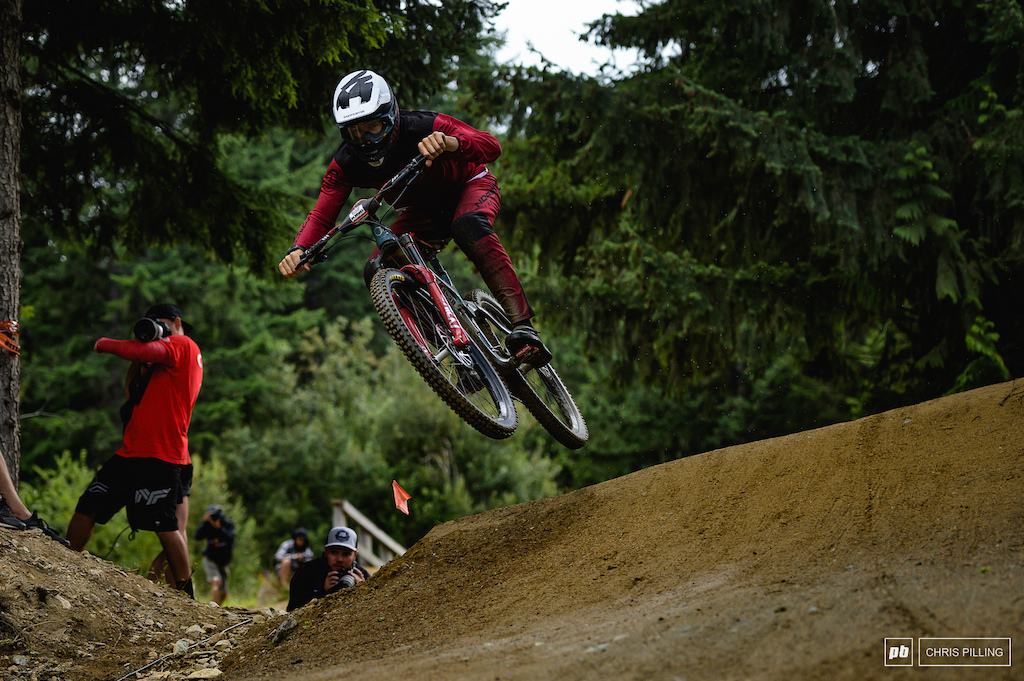 Keegan Wright is another rider that dropped down the results tables in 2019 with a 6th place in the overall compared to his fourth-place from the previous year. Although his overall placing fell, he did score some incredible results when he won the Rotorua Dual Slalom and Pump Track. 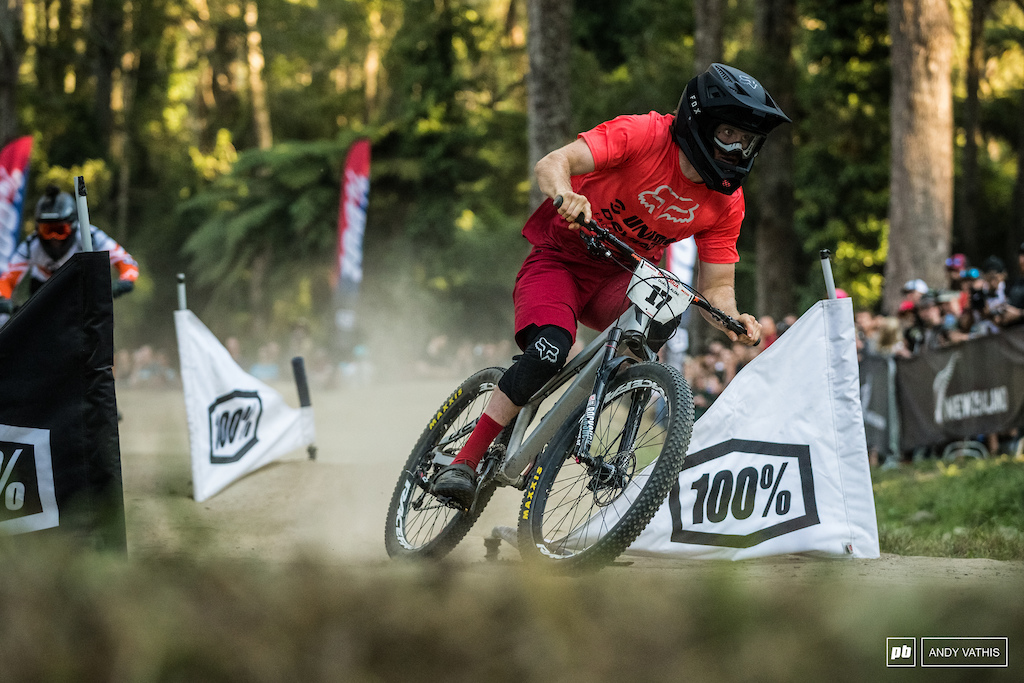 Bas Van Steenbergen was one of the riders who competed in the most events across 2019 with 15 opportunities to secure points in the race for the crown. Although he may not have been quite as consistent as some of the other top riders, he still managed to collect 462 points which was enough to place him fourth overall and less than 40 points away from a top-three result.

• 4th overall in 2019
• Total of 462 points in 2019
• Competed in 15 events with an average of 30 points for each event.
• Bas raced in a whole lot of events in 2019 and with just a few more top results, he could easily reach the top spots in the overall when Crankworx wraps up in Whistler. 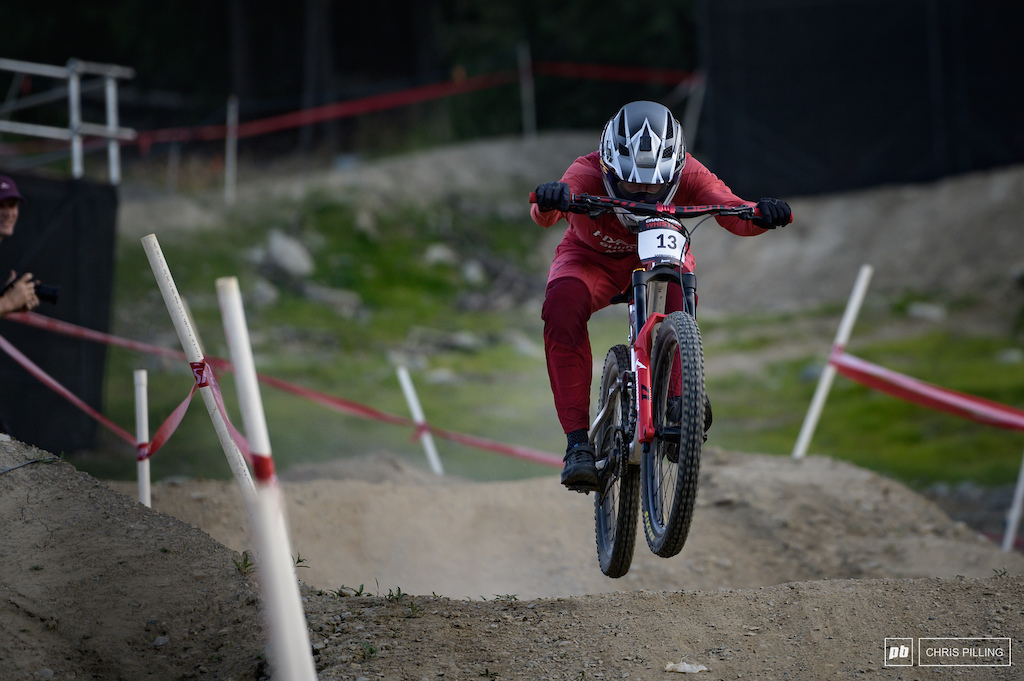 Vaea Verbeeck had an incredible season last year and took her first Queen of Crankworx title with an impressive lead of over over 120 points. For 2020, she will have to face off against a returning Jill Kintner and we can't wait to watch and see who will come away with the crown after Whistler. 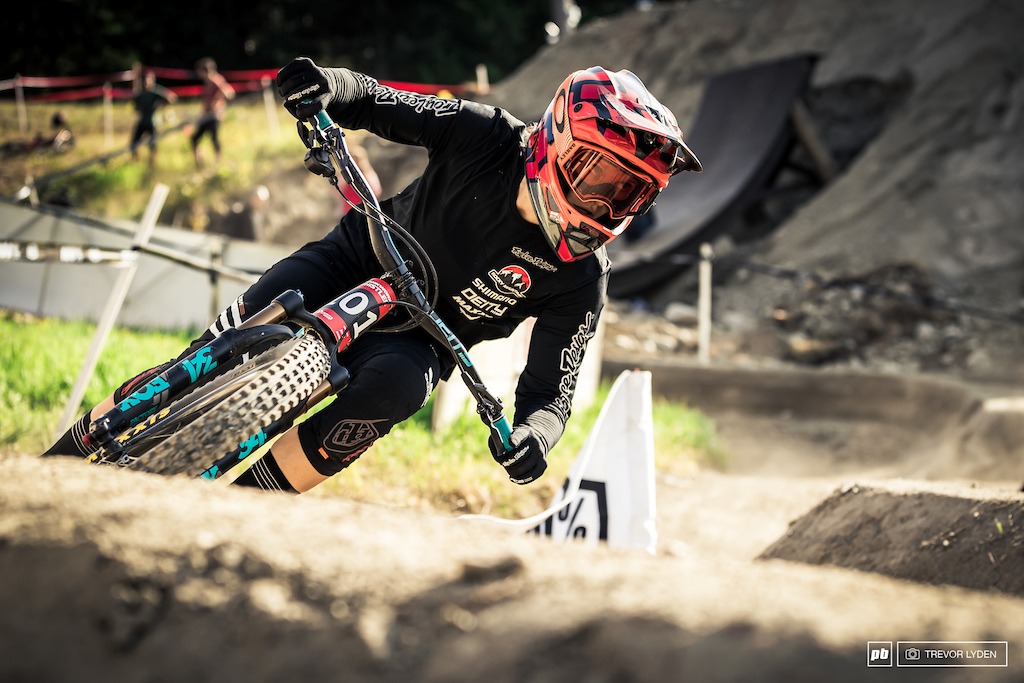 Casey Brown was coming off a great result of second in the overall for 2018, but last season saw the Canadian rider fall back in the standings to sixth place. But the stylish rider is back for 2020 and the inclusion of Women's Dual Speed and Style could mean some extra series points for Casey. 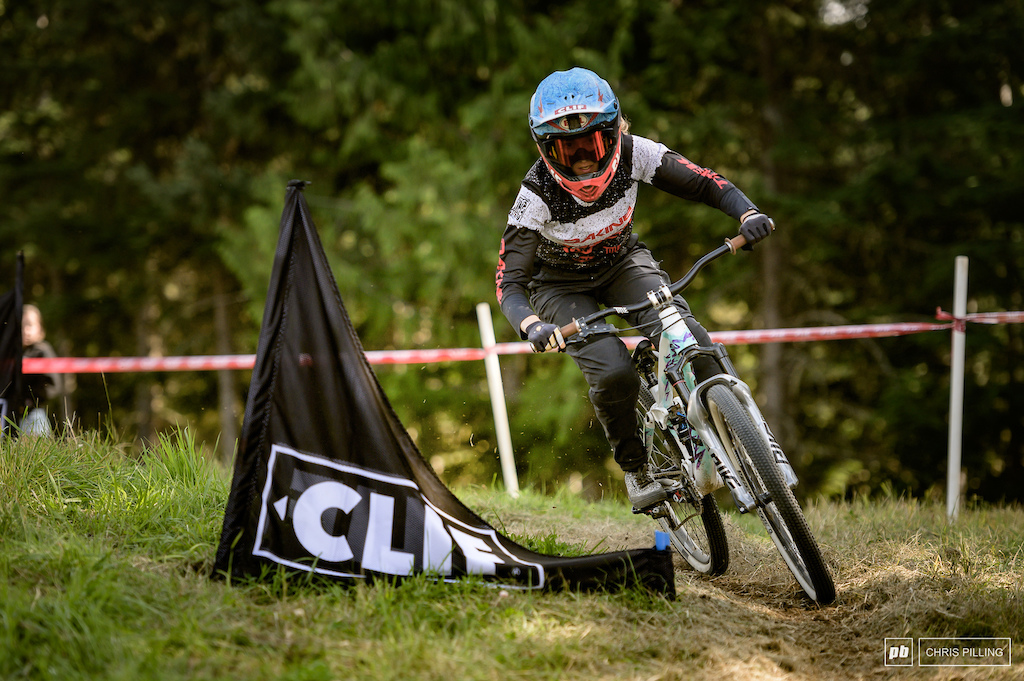 Kialani Hines is another rider who had a great season last year and with some top results in the Pump Track discipline, she was able to reach second in the overall standing behind Vaea Verbeeck. Kialani was dominant on the pump track but with Jill Kintner back at Rotorua she is going to have to step things up if she wants to beat one of the most successful riders at Crankworx.

• 2nd overall in 2019.
• Total of 546 points.
• Competed in 11 events with an average of 49 points for each event.
• Kialani dominated Pump Track last year with two first-place finished in Rotorua and Innsbruck. But with Jill Kintner competing in Rotorua, she could have some tough competition. 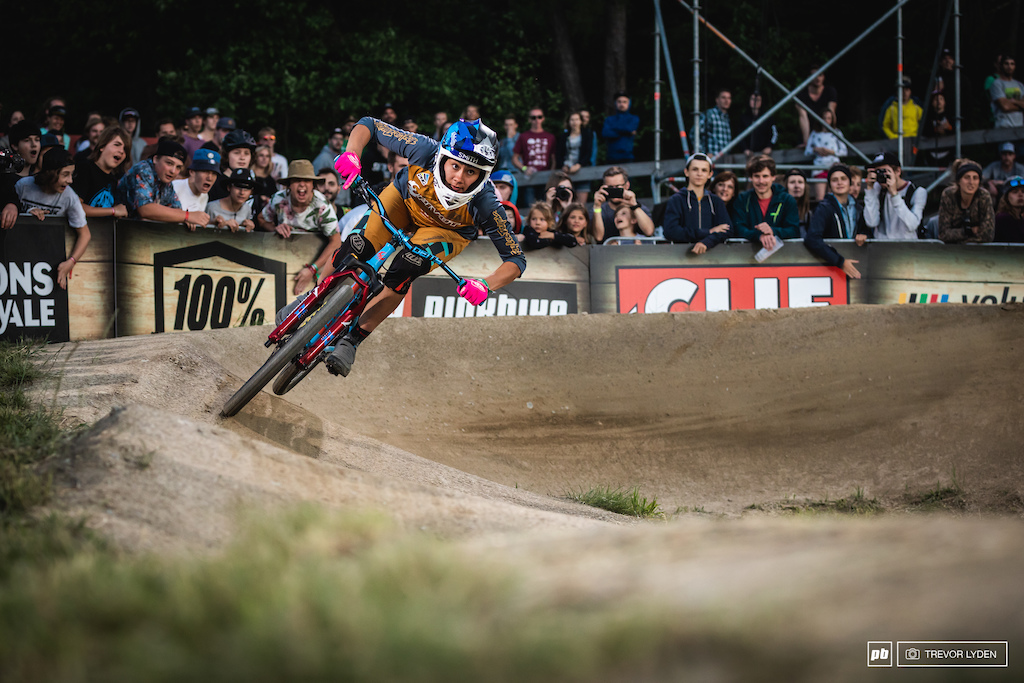 Jill Kintner is back in Rotorua for 2020 after a break from competing at every Crankworx stop last year and this means there is going to a big fight for the other riders if they want to beat one of the most successful riders in Crankworx history. Jill only competed in three events last year, but took the top spot in each meaning she gathered 300 points and grabbed fourth place in the overall.

• Five Queen of Crankworx titles
• Total of 300 points.
• Competed in three events with an average of 100 points in each event.
• Only competed in Whistler where she won all three events that she entered. 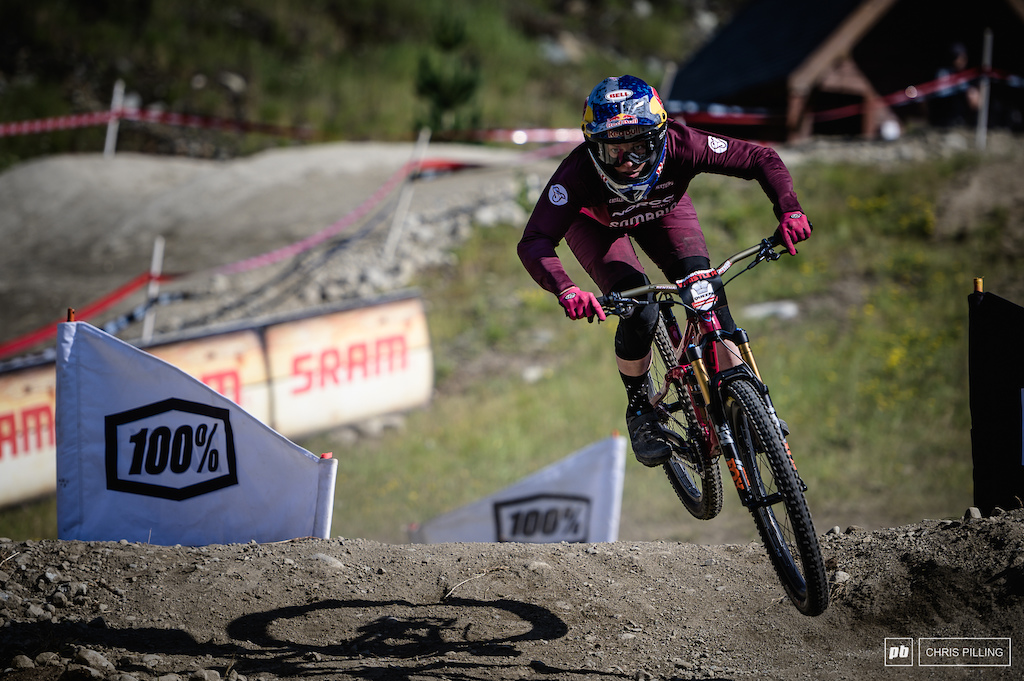 Anneke Beerten was incredibly consistent in 2019 with only one result outside the top ten in the 11 events she entered, placing her inside the top five overall. With a total of 511 points, she was so close to the second place and will be definitely be looking to bump herself further up the leaderboard for 2020.

• Queen of Crankworx in 2015, 3rd in 2019
• Total of 511 points.
• Competed in 11 events with an average of 46 points in each event.
• Anneke was incredibly consistent last year with only one event placed outside the top ten. 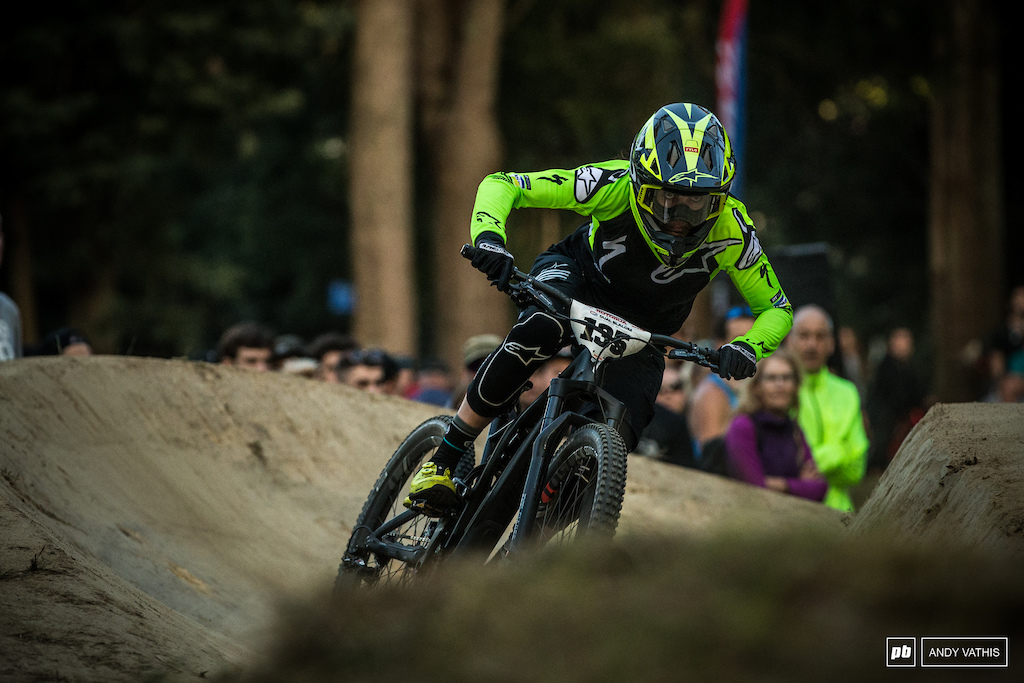 Jaypwall (Mar 1, 2020 at 6:58)
Im not sure what is more impressive, Pinkbike knowing results for Crankworx 2109 or the fact that Lemoine is still competing 90 years from now!

hardtailparty (Mar 1, 2020 at 6:28)
It's an exciting women's field this year. Looking forward to watching it unfold.

declan-ritchie (Mar 1, 2020 at 23:19)
They seriously need to stop using the title "king" and "queen," I mean come on, it's 2020, we can't just assume that they are a part of the royal family just by winning some dumb ass cycling competition.

wda1wustl (Mar 1, 2020 at 17:09)
King and Queen contenders should compete in a separate category, where the athletes have to do all the events on one bike. A true one bike to rule them all contest.

vinay (Mar 1, 2020 at 4:02)
Is she in NZ? Last year she wanted to ride all Crankworx events and some EWS races. The isn't on the result sheet for the enduro race. She doesn't compete in all disciplines but she typically does compete in the enduro. Other disciplines would be the air DH, dual slalom and pumptrack. I also recall she did the whip-off once, crashed and got injured so I'm not sure whether she'll continue to do that. But yeah, if she's there I would have expected her to compete.

edspratt Mod Plus (Mar 1, 2020 at 4:28)
@vinay: The athelte list from Crankworx said she is going to be competing in four events in Rotorua. If everything is the same as last year then the enduro race does not carry points for the King and Queen title, so some riders might have decided to sit out the race to avoid the potential of being injured for the main events next week.

vinay (Mar 1, 2020 at 7:19)
@edspratt: Thanks a lot! Must be horror to scroll through all those different lists. Ideally they add a dimension and present it in a matrix format instead of just these lists. Though of course I get that those eager to win the fantasy challenge at least are supposed to put in some work. Especially if they want to change their teams throughout the season.

vinay (Mar 4, 2020 at 7:26)
@christiaan: Yeah, she always does well at the Air DH and time around was no exception. Do you know whether she's planning to do the full Crankworx series again? It was her goal for 2019 but I am not aware of any specific goals for 2020.

vinay (Mar 4, 2020 at 7:32)
Now that Crankworx has already started I doubt they are still going to do a contest. I can imagine it must have been horror to do all the software stuff for it as people could change teams during the event.
Post a Comment