Must Watch: 16 Free Feature-Length Bike Movies to Binge in Self Isolation 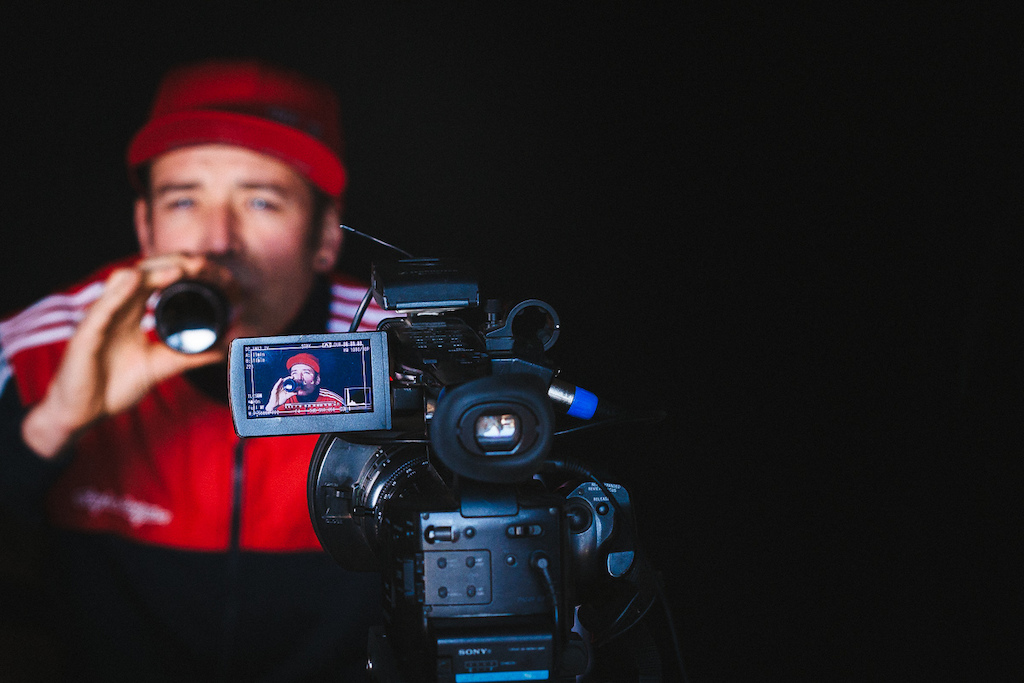 Keeping the motivation to ride through self-isolation can be tough, so we've been turning to mountain bike movies between turbo sessions to keep the stoke high.

Yes, a haul of new edits comes into the Pinkbike inbox every day, but the best stuff is sometimes in the feature-length films that only come along every few months. Below, we've compiled a list of those that can be watched for free and we've got another list coming with all the videos that you can watch using subscription services. We know it's far from an exhaustive list, but without trawling through Amazon to find battered, old DVDs, it's a fairly substantive collection.


Free to watch
There's nothing better than a bike movie you don't have to pay for. Youtube and Red Bull TV are your best bets for finding them but Steve Peat has also recently released Won't Back Down for free on Vimeo.


"In the backwoods of British Columbia, Canada, three small but dedicated crews of adventure seekers were quietly changing the course of a sport and carving their paths in history. And it was all happening unbeknownst to each other, the cycling world, and ultimately, themselves.

This film is the origin story of a small movement of mountain bikers and filmmakers who rose up, challenged the status quo, and turned the sport of cycling on its head. This is a story that has never been told, told by the people who lived it firsthand."

Reverence - A Journey into Fear


"Fear. Most don’t understand fear, nor are they willing to accept it. "Reverence" is a Mountain Bike film that delves into the psyche of elite athletes on a quest to understand motivation to tirelessly to lay down their legacy."


"Hidden among the glaciers on Axel Heiberg Island, high in the Arctic Circle, are mountain bike lines too incredible to ignore. Harsh temperatures, volatile weather and nine-month winters mean the area is normally devoid of human life. But each summer, this frozen landscape flourishes under endless daylight revealing a spectacular ecosystem. Join Darren Berrecloth, Carson Storch, Cam Zink and Tom van Steenbergen in North of Nightfall as they embark on an expedition to the top of the world to explore this relatively unknown land. Here they discover a rapidly changing environment steeped in history along with descents unlike anything anyone’s ridden to date."


"MOTIVE is a freeride mountain bike film by Mind spark Cinema and The Coastal Crew, filmed across BC and California, combining progressive riding with cutting edge filmmaking."


"Blood Road follows the journey of ultra-endurance mountain bike athlete Rebecca Rusch and her Vietnamese riding partner, Huyen Nguyen, as they pedal 1,200 miles along the infamous Ho Chi Minh Trail through the dense jungles of Vietnam, Laos, and Cambodia. Their goal: to reach the site where Rebecca’s father, a U.S. Air Force pilot, was shot down in Laos more than 40 years earlier. During this poignant voyage of self discovery, the women push their bodies to the limit, while learning more about the historic ‘Blood Road’ and how the Vietnam War shaped their lives in different ways."


"Life Cycles is a true adventure film. Over 5 years in the making, and using the bicycle as the vehicle, Life Cycles takes you on a journey through nature's most beautiful, dramatic, and sometimes unforgiving landscapes."


"Anthill Films—the crew that brought you unReal and NotBad—and the Trek C3 Project have joined forces yet again, this time in Spain, to bring you more shenanigans, more unbelievable mountain cycling action and more good times than ever before. Not2Bad is what happens when some of the world’s best mountain bikers spend 30 days straight running wild on anything that has two wheels... with cameras rolling at all times. It’s a mountain bike film that’s Not Dos Bad!"


"The Collective is a film that portrays freeride progression while exploring the thoughts and personalities of the riders leading that progression. A collective approach to producing the film has created something that fully reflects the depth of the sport and those who are pushing its boundaries."


"Barred For Life 2 focuses on the progressive riding of some of the world's best free ride mountain bikers and world cup downhill athletes. Showcasing their home training grounds around the world, from Vancouver Island to the mountains of Chatel France, this film will keep you glued to the screen."


"A mountain bike film capturing the current scene at its core, from the big dogs to the unknown senders and up 'n' coming future shredders."


"Combine Josh Bryceland, Phil Atwill, Brendan Fairclough and a bunch of other riders. Add in some wintery British slopes and you’ve got yourself a slice of lunacy, a slice of
‘what the hell just happened’, and A Slice of British Pie.

This 25 minute long nutter fest, brought to you Dirt, celebrates good times on bikes with some of the world’s biggest and most loved mountain bikers. None of that slo-mo, none of that dubstep and nobody is putting their goggles on in this film. Brought to you from the genius mind of Tom Caldwell, prepare to experience an old school insight into the epitome of winter riding in our muddy little corner of the world.

The film unravels as a roadtrip – from Fort William to Surrey, and from Wales to County Durham. We’ve focussed on the loosest riders – the guys you think of when loss of traction is on the mind."

A Bigger Slice of British Pie

The Biggest Slice of British Pie


"Featuring Fox athletes Josh Bryceland, Josh Lewis, Kirt Voreis and other Fox teammates, the movie documents three weeks on the road with a wild crew up for anything. Filming kicked off at Fox Headquarters in Irvine, Calif., and continued north through Oregon and Washington before crossing the Canadian border and reaching Vancouver Island.

The movie is dedicated to Stevie Smith, aka Chainsaw, a World Cup champion gravity athlete who unexpectedly passed away in May 2016."


"Feel the love, share the buzz. A message from home created in the orange months. Enjoy!"


"From his humble beginnings in his hometown of Sheffield, England, Steve Peat has established himself as the one of the worlds most iconic cyclists. Peaty has been competing at the top level in his chosen sport of downhill mountain bike racing for the past 23 years, longer than the lifetime of many of his current competitors. Through 20 years of archival footage and photos and intimate interviews with Steve, his family, close friends and competitors, Won’t Back Down takes viewers on a captivating tour of the history of the sport of downhill mountain bike racing and offers a never-before-seen view into the life and legacy of this enduring icon."


Do you know any more movies and where to find them that are available for fellow self-isolators? Let us know in the comments below, although please don't post any low-fi rips, accessing the originals is the best way to support the creators and athletes involved in their creation.

nojzilla (Mar 25, 2020 at 23:03)
@NorCalNomad: Truth!! People slated it without really understanding what it was aboot

SnowshoeRider4Life (Mar 26, 2020 at 6:40)
i thought for sure the grim donut release was going to be buried in here

nojzilla (Mar 26, 2020 at 22:03)
@fatduke: Cos it wasn't a super RAD movie with all the latest riders doing all the latest tricks, cos it had a theme, a story. Cos it made people think an appreciate stuff

Def the one movie that got me hooked!!!

synergy73 (Mar 25, 2020 at 21:11)
Won’t back down is undoubtedly the best film about a World Cup downhill racing to date. Such a great documentary of the highest calibre and most fun loving rider on the planet. The future Sir Steve Peat. I loved watching this. What an inspirational rider he is and continues to be.

porkchopsandwich (Mar 25, 2020 at 17:12)
Can you find these anywhere for free? Been wanting to watch Quicksilver.

gotohe11carolina (Mar 25, 2020 at 17:26)
@WasatchGT: googled it and found it streaming in a couple spots with ads for free. Don’t forget to add Breaking Away and American Flyers to that list as well.

cleekndestroy (Mar 26, 2020 at 9:48)
The Cam Zink documentary "Reach For The Sky," is streaming free on Amazon Prime video. Also available on iTunes and pretty much anywhere else. www.amazon.com/gp/video/detail/B07BN8RBFP/ref=atv_dp_share_cu_r

winko (Mar 26, 2020 at 9:48)
For anyone who does not only want pure MTB but is looking more for an adventure retrospective I'd recomment Ice & Palms, it involves both bikes and mountains, basically a skiing trip over Alps using gravel bikes, movie also won some awards as it is really awesome!

todayisthegreatest (Mar 26, 2020 at 10:31)
the entire drop in series is on youtube too
https://www.youtube.com/channel/UC1dQD-d4RZaJmtWG78ajYXQ

SnowshoeRider4Life (Mar 27, 2020 at 7:00)
today's kids won't appreciate that. Or how heavy season 3 was, especially the Kelowna, Kamloops, Virgin episodes.

If any movie will ever get your fired up to road trip through bc his js it!!

nojzilla (Mar 25, 2020 at 23:05)
Any body here watch 'Dark' on the internetflix? I think I've figured the twist but Nobody I know watches it so I can't test my hypothesis

ridetorqued (Mar 27, 2020 at 8:13)
I got mine sign by Geoff Gulevich when he was in my town a few years ago. There is a section in that one that was filmed in my hometown and I use to ride there frequently. Very nostalgic for me!

wideopennewzealand (Apr 6, 2020 at 0:50)
The kid at the end of Wheel Love who hits that rad as f*ck rock gap, is that the same guy that headbutted that tree a while back and Nigel Page gives him a nukeproof?

wideopennewzealand (Apr 6, 2020 at 2:33)
The guy that headbuts the tree in Tea and Biskets and then Nigel Page gives him a nukeproof?

mountaindoctor (Mar 27, 2020 at 2:32)
What about UnReal??? It is free in Europe, and possibly the best mindfulness mtb movie of all time