Join Pinkbike  Login
As the sun went down over Val di Sole, riders from across the world were going wheel-to-wheel for round two of the 4X Pro Tour.
The 64 men who made it through yesterday's qualifier battled it out on the 45 second track. All night long the defending world champion, Michal Prokop (Czech Republic), was looking strong, getting the lead from the gate and pulling away from the competition. In the final it was not to be though, his countryman, Thomas Slavik, took the lead into the first corner and not matter what Prokop tried, he couldn't close the gap. Scott Beaumont (Great Britain) took the third step of the podium.
In the women's racing, last year's defending series champion and world champion, Anneke Beerten (Netherlands), was unbeatable, winning every one of her heats and comfortably taking the win in the final. She was one of the few ladies who tackled the intimidating jumps on the track's pro-line. Katy Curd (Great Britain) was her nearest competitor and looked strong throughout her heats, but she couldn't find the power out of the gate to stay with Beerten. Celine Gros backed up qualifying 17th in the downhill earlier in the day with the third spot of the podium. 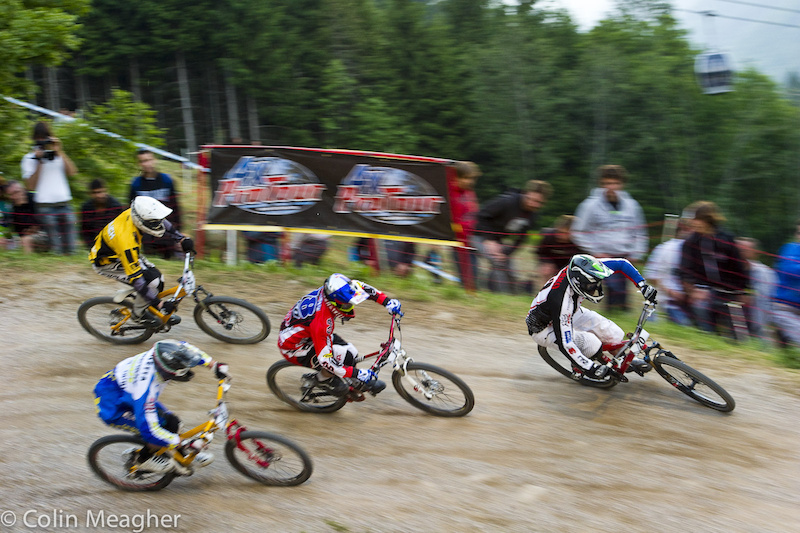 Marek Pesko leading the bunch into the first turn at Val di Sole during the first round of 4X racing. 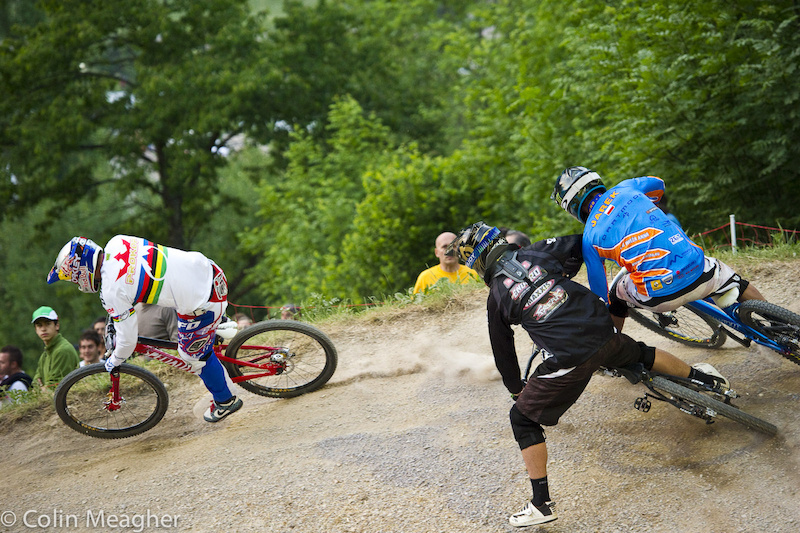 Ahh, 4X...Prokop with a clean get-away from turn two, but no so much for Mariusz Jarek. 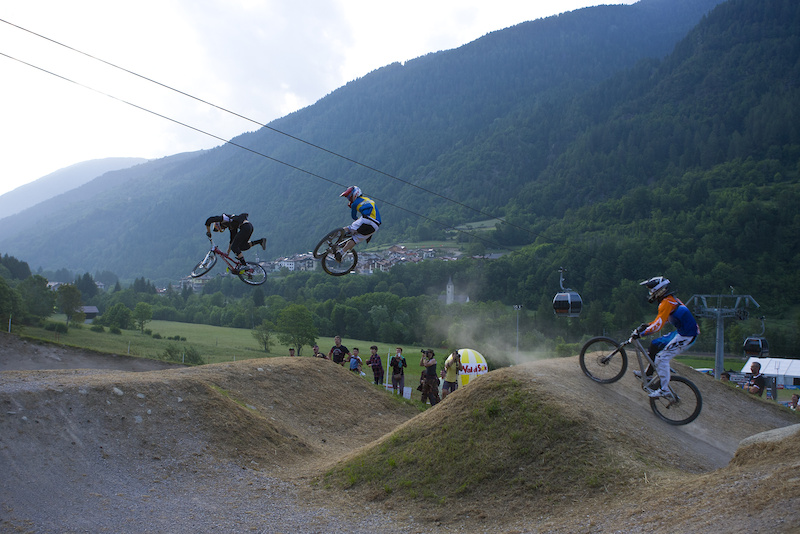 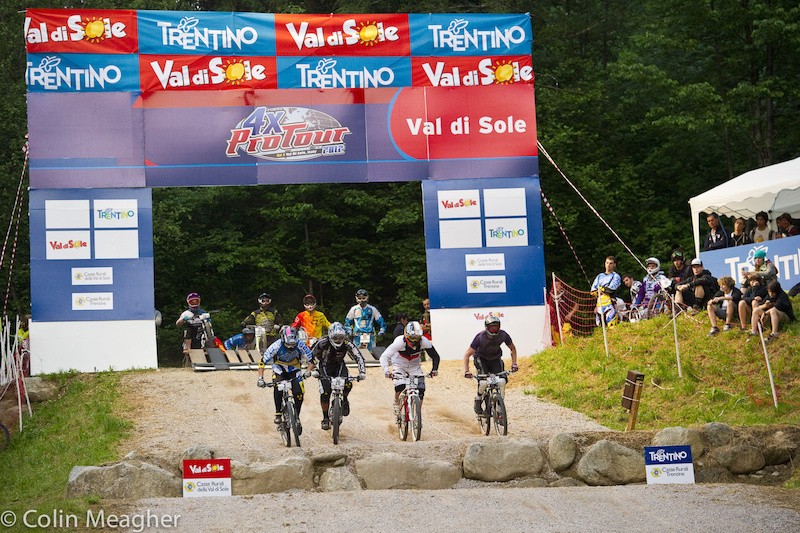 Say what you will, but 4X is arguably one of the most entertaining mountain bike competitions to watch live. Qualifying, on the other hand, is as boring to watch as paint drying. But the actual racing is pretty damn cool to watch. You can already see Chain Reaction's Michael Machura setting up for the first corner. 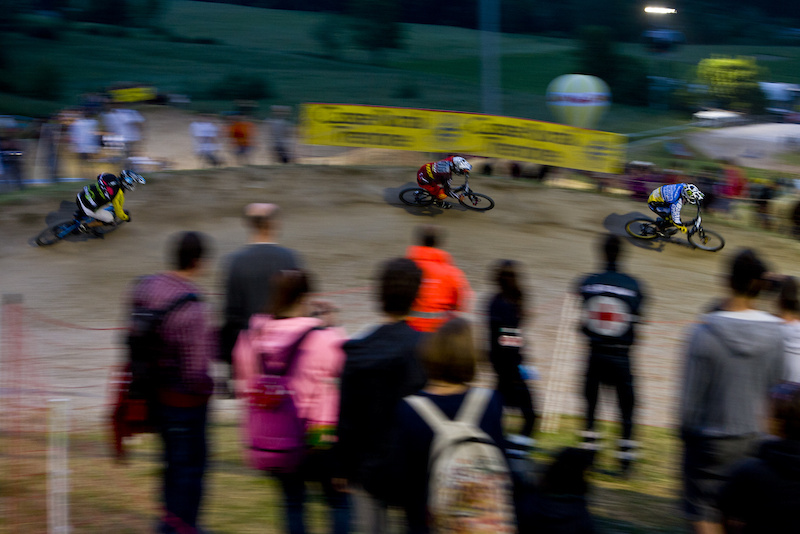 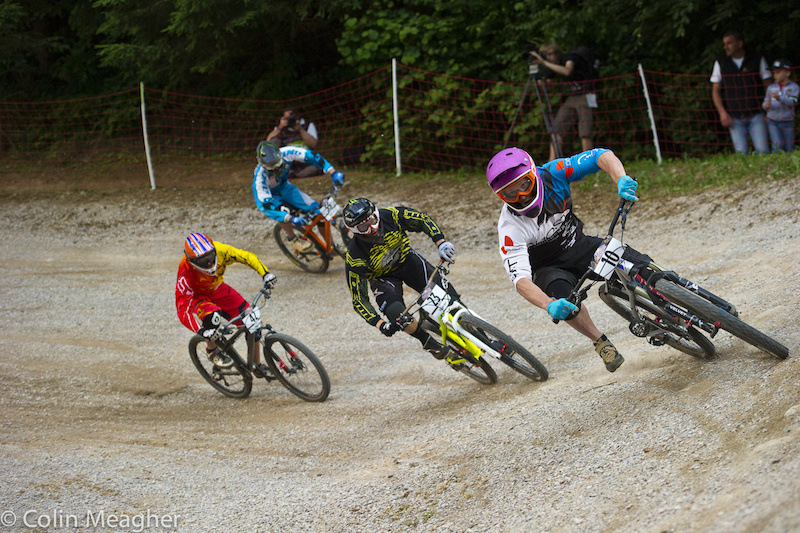 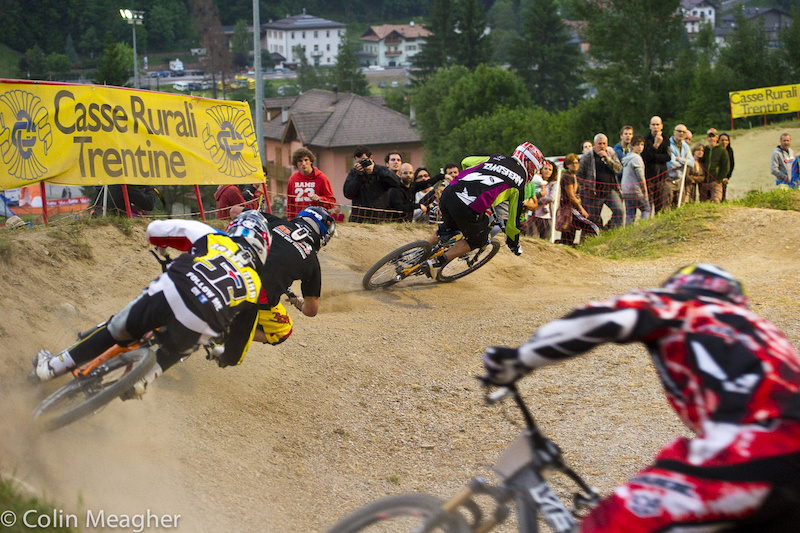 Derbier Quenten exiting turn 3. At this point, the only way to lose this race is by shooting yourself in the foot. 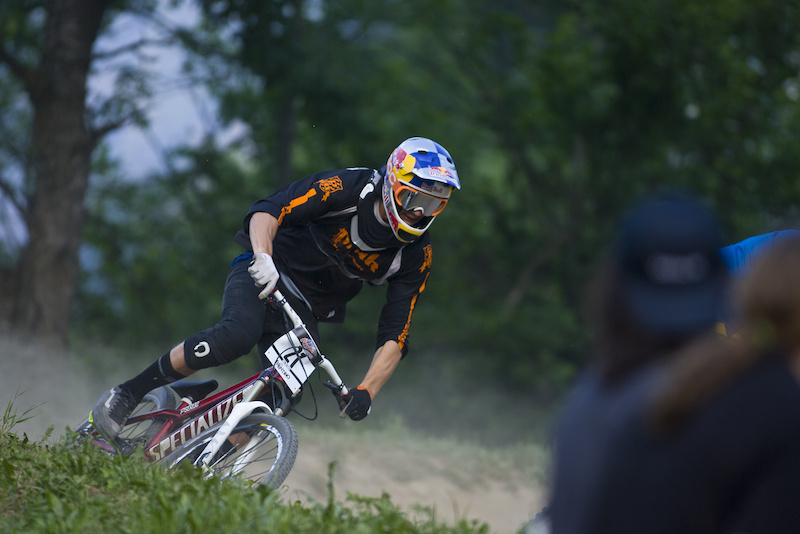 Martin Soderstrom took time away from dirt jump and slopestyle competition this weekend to race the 4X. 33rd spot... 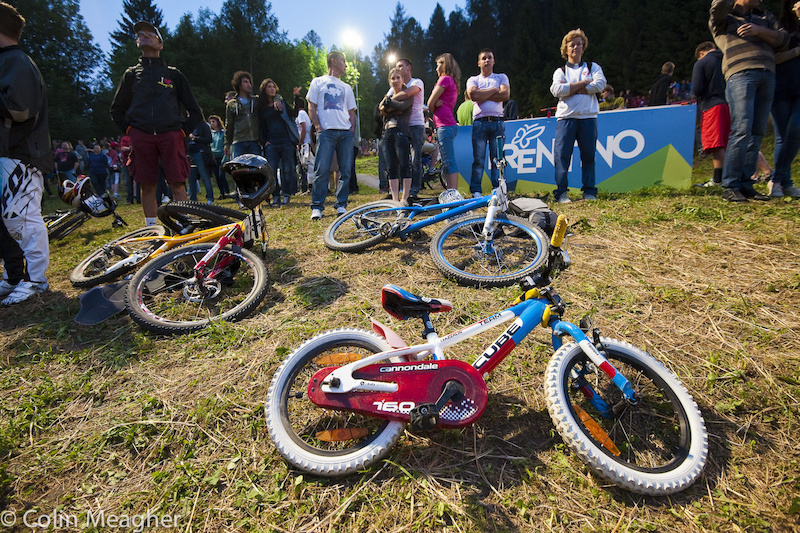 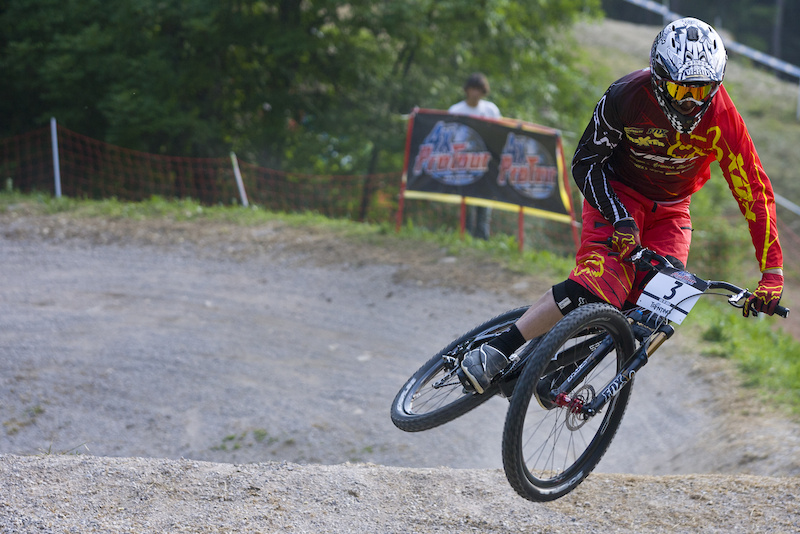 Scott Beaumont into 3rd spot in the final 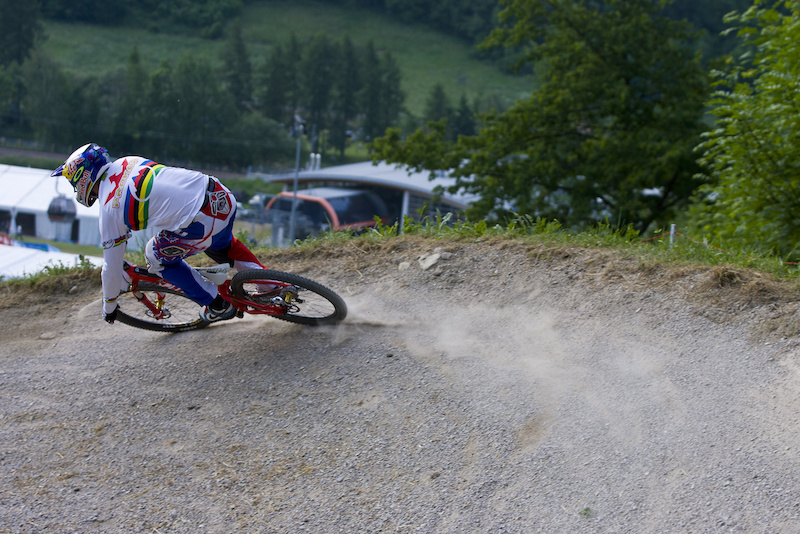 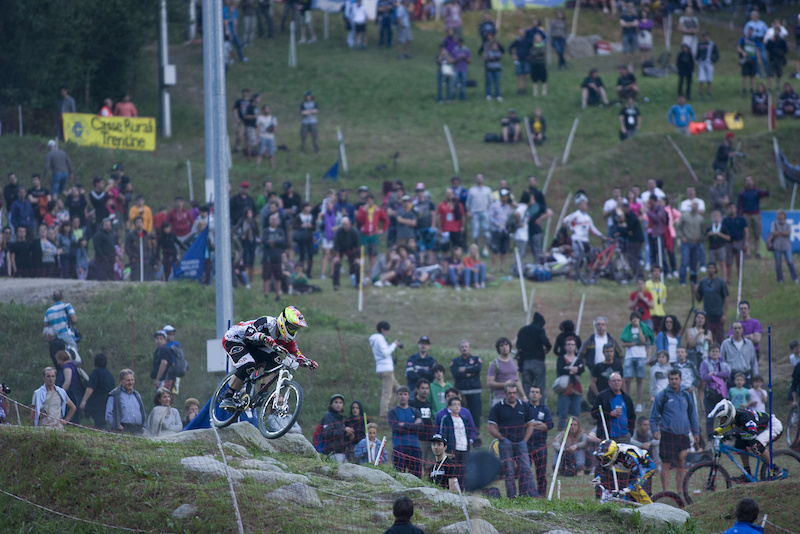 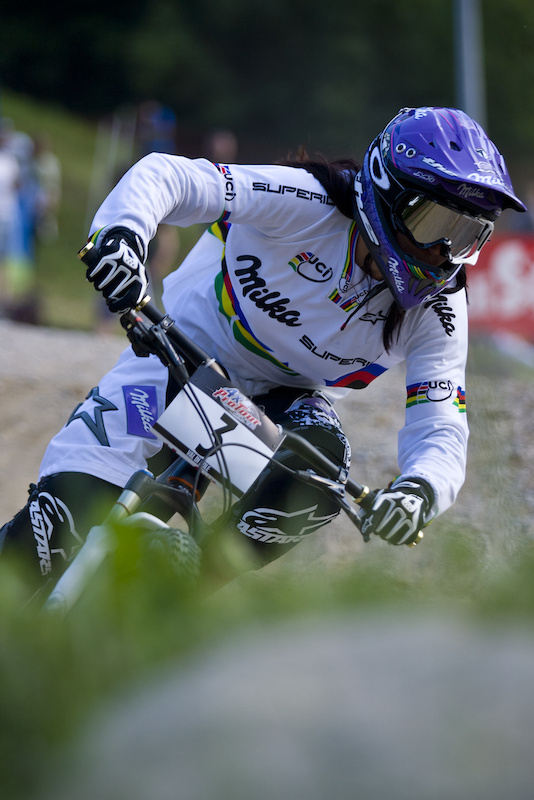 Anneke Beerten easily took the win for the women. 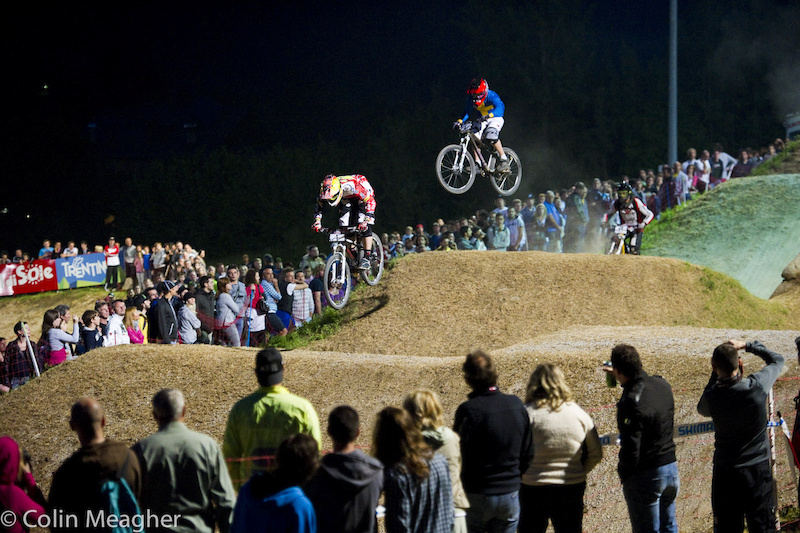 Tomas Slavik is just as deadly as he every was. The Czech marched pretty much uncontested through the rounds to claim the lead. Here in the semis it was a bit more serious--no massive whip like in the quarter finals. 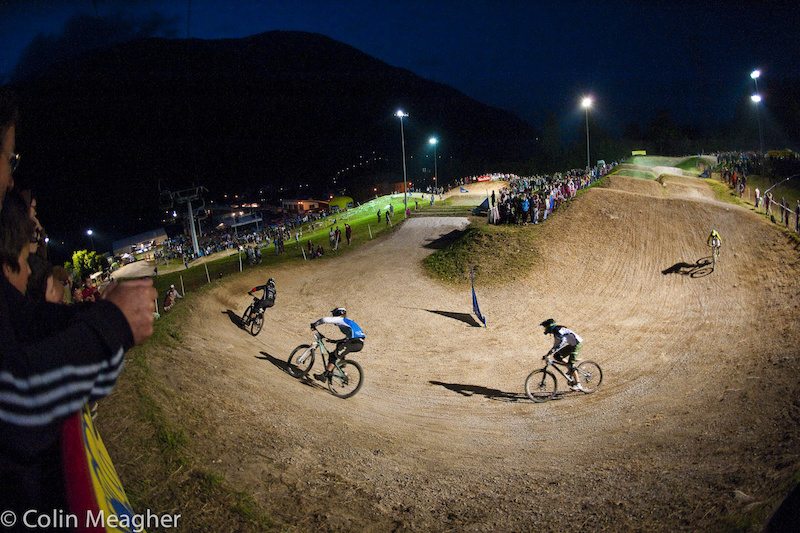 Women's Semis with Katiy Curd storming to the win in the round. 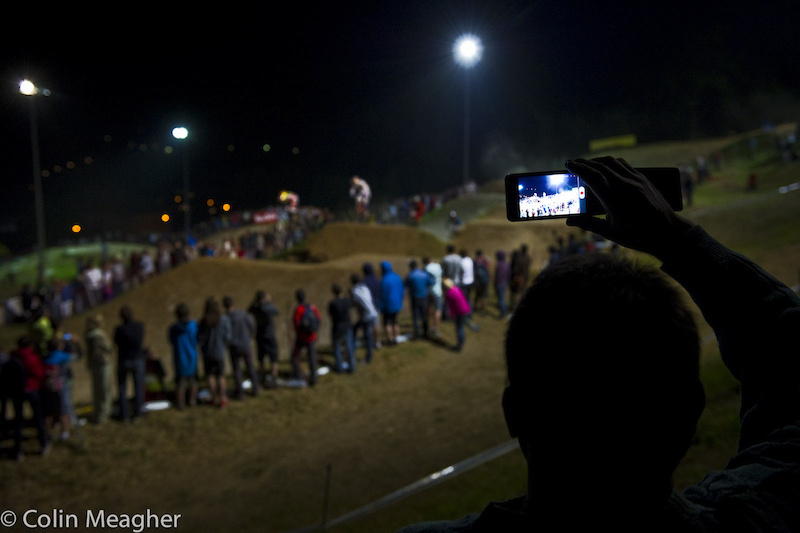 Gotta love smart phones...likely this video of the men's final is up on a website somewhere. 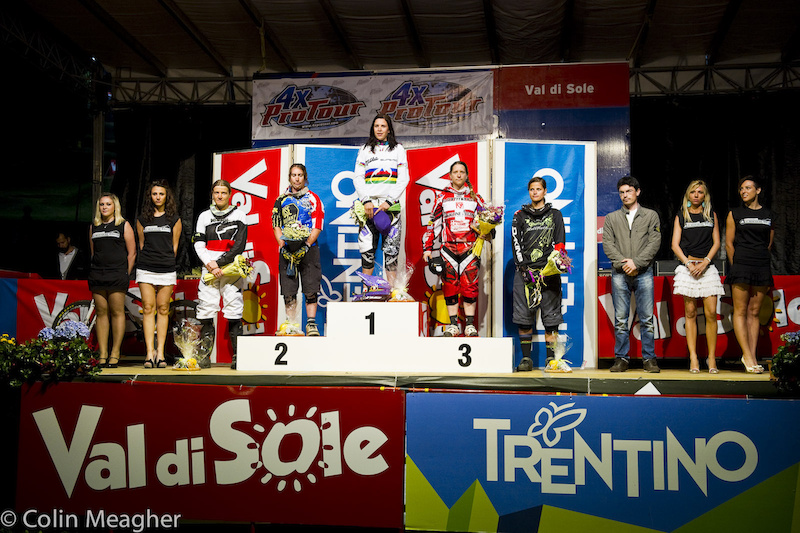 Anneke Beerten with the win. Even though it's not part of the World Cup circuit it was a UCI Cat 1 race so the World Champs both wore their jerseys. 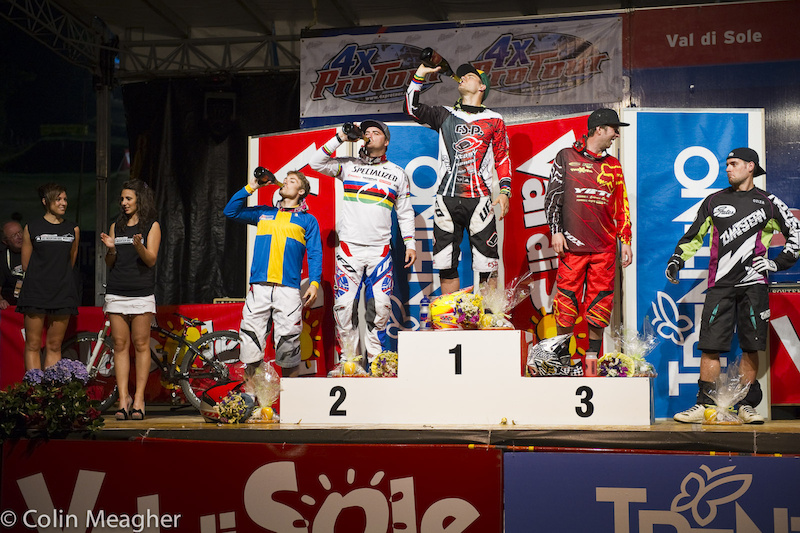 JoannaFL (Jun 2, 2012 at 14:37)
I'm so proud of Tomas! I've been watching this guy since he was an unknown Czech rider, talented but still one out of many, and the progress he has made for all those years is simply outstanding! Real fighter, true athlete... the only one who can survive the whole night of partying and win a race the next day... well, not only a race but all of his runs as well

(Szczawno-Zdrój 2011). Watch out for Slavik everyone, this season he's on fire!