The Mongolia Bike Challenge presented by Orbea is an epic mountain bike stage race in the Land of Genghis Khan. Each year it attracts both professional and high-level amateur racers from around the world. The long, daily distances and the accumulated climbing makes the MBC one of the toughest races around; the natural, rugged beauty of Mongolia make it 'Like No Other Race On Earth'.

In the summer of 2012, Canadian videographers Aaron LaRocque and Nic Genovese landed in Ulaan Baator for the start of the third edition of the Mongolia Bike Challenge. The plan was to use their artistic eye, usually reserved for the world of free-ride mountain biking, to capture the beauty and majesty of Mongolia and the essence of the MBC experience. They were also there to tell the story of the race as it unfolded but, of course, came away with much more than a simple race report.

This documentary is an account of the 2012 Mongolia Bike Challenge presented by Orbea. It is told through the eyes of a both the racers and the race organizers who together experienced what proved to be a dramatic, once in a lifetime adventure.

The Mongolia Bike Challenge - Like No Other Race on Earth 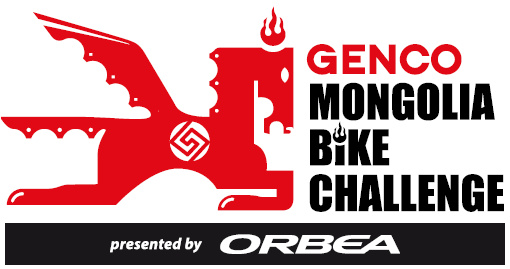 The 2013 Mongolia Bike Challenge will take place from August 30 to September 7.

mckrider (Dec 2, 2012 at 1:34)
Watched this hammered at 2 am after going to my girlfriends works christmas party. This was way better than the party.

benmtb44 (Dec 2, 2012 at 7:31)
Awesome movie! And even more impressive riding. I love all varieties of biking, and this is just another reminder that at the end of the day, we all ride bikes, and there are many amazing ways to do it!

semperfidher (Dec 2, 2012 at 5:39)
Not gonna lie, guys...this looks horrible. If they made a "South Dakota Bike Challenge", or maybe a "Saskatchewan Bike Challenge", would anyone think it's cool? Probably not. They'd say, "Why in the world would I want to ride across windswept plains for days on end?!?!" Cool concept though...but likely looked better on paper

EllioMoose (Dec 3, 2012 at 14:26)
Just because you cannot appreciate different disciplines of biking does not make them boring.

iamamodel (Dec 3, 2012 at 18:10)
semperfidher and esstinaky are not trashing the type of race, merely the course. Because I like racing multi-day events and marathons and multi-hour races and travelling overseas to ride, I followed the race report each day to see if I would do it in the forthcoming years. Each day I wondered when they would get to the good terrain, because surely there must be something more interesting than miles and miles of double track through flat grass. They never did. That event is not for me either.

semperfidher (Dec 4, 2012 at 9:44)
iamamodel, you stated my point exactly, albeit more directly. Admittedly, XC is not my forte, BUT, I just did an XC race two weeks ago. I got my butt kicked, so, yes, I definitely DO appreciate the discipline, as well as any other discipline of cycling. But as iamamodel and esstinkay pointed out, the course never really varied at all. (There's a reason the Mongols were renowned horsemen.). Now, the Tour Divide race, in contrast, IS interesting.

EllioMoose (Dec 4, 2012 at 10:37)
I understand now. Thats explained things well, and I can definitely agree with the fact that that is not for everyone. It looked like a road race on dirt.

kulpeter (Dec 2, 2012 at 5:45)
The BEST video I have ever seen! Simply because of its mood. I have never seen a video like this! Brilliant. My congratulations to Aaron and Nic!

Atuchka (Feb 4, 2013 at 0:49)
I wish we had MTB parks and trials here.
I just ride outside of city on weekends in summer.
Environment is amazing just so you know.
If someone comes to UB and wants to ride with me. you can message me

MikeLadurner (Dec 2, 2012 at 14:34)
I personally am not the biggest fan of cc, enduro and all mountain, but larock makes everything looking badassely good

Definetily one of my favorite filmmakers.

MikeLadurner (Dec 4, 2012 at 2:02)
No, i like pedalling, but to take the chairlift for some downhill runs with the friends is easier somehow ;-) The main reason is that i hate those pants which the cc guys wear.

commanderagl (Dec 2, 2012 at 10:53)
One of the Grand tours of mountain biking. but IMHO it should never be associated w/ the UCI

ryanprok (Dec 2, 2012 at 16:48)
Amazing definitely gonna get some long distance MTB races in after my next ironman.

dirttrailsociety (Dec 2, 2012 at 5:24)
Makes me wish for the time and resources to do something like this.