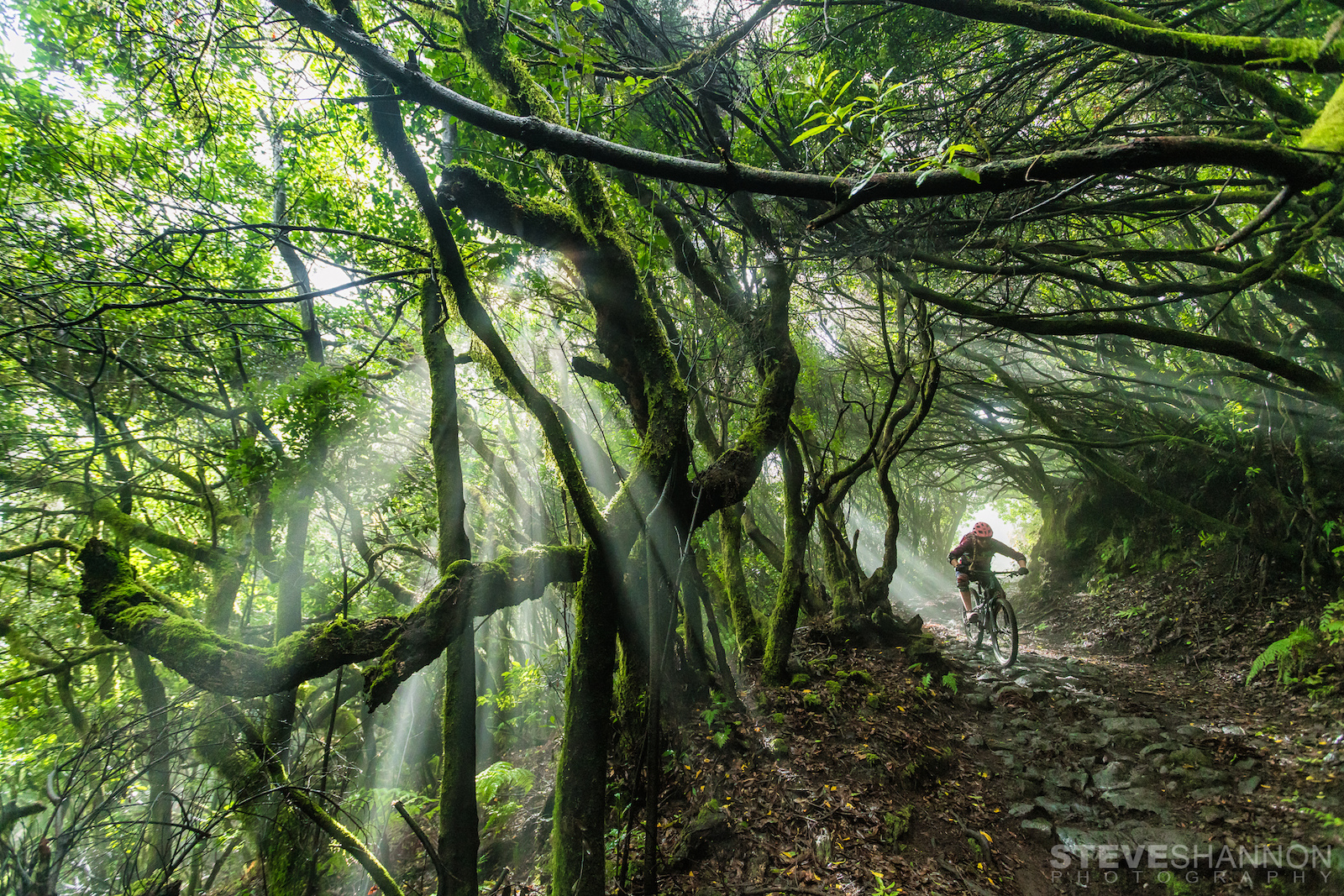 Check out the voting page for all the results from each bracket.
The 6th annual Pinkbike Photo of the Year Contest is a wrap and Steve Shannon will be joining the ranks of Sean Lee, John Wellburn, Toby Cowley, Sterling Lorence and Christoph Laue in the PB Photo of the Year Hall of Fame.


How Did Photo Of The Year Work?
From thousands of nominated photos, 32 were selected to pit against each other in a college basketball bracket-like showdown. At that point it was up to you, the users, to vote on the match-ups. The photos with the most votes moved on to the next round. So 32 photos narrowed down to 16, then 8, 4, 2 until there was a single photo deemed the 2016 Photo of the Year Powered by SRAM.

We'll post up an interview with the winner shortly.

hucktoflannel (Feb 17, 2017 at 18:00)
@orientdave: Ill give this roost shot some credit, thats a f*ck ton of roost. normally not a huge fan of roost pics but thats freakin impressive

Joegrant (Feb 18, 2017 at 19:07)
@darkmuncan: Agreed. But seriously, why's there so many haters? They're trying to demonize a picture of someone riding a bike!

Unscathed (Feb 17, 2017 at 16:08)
This was my POY the minute i saw it first time round. Awesome pic, beautiful lines. Congrats Steve Shannon!

mbell86 (Feb 17, 2017 at 19:14)
The 6th annual Pinkbike Photo of the Year Contest is a wrap and Steve Shannon will be joining the ranks of John Wellburn, Toby Cowley, Sterling Lorence and Christoph Laue in the PB Photo of the Year Hall of Fame.

How come Sean Lee didn't get a mention from last year???

Motivated (Feb 18, 2017 at 1:09)
Great photo - what I particularly like about it is that I can imagine myself in this situation actually taking the photo - riding down a trail a bit ahead of my friend, getting that chill from knowing you are in a surreal place, stopping quickly, pulling out the camera and snapping the shot as your friend enters the slick rocky section. It seems real, not staged.

TheR (Feb 17, 2017 at 22:24)
I think everyone should chill out on the hate for the roost shot. Keep in mind another human being created that. Have a little empathy. It doesn't have to be your favorite for photo of the year, but step back and appreciate it a little bit. It's a good shot. A pretty cool shot. And It took skill. Most of you couldn't replicate it to save your life.

To create most of the other pictures
step 1. buy a really expensive SLR with christmas money and do painstaking research. get proper lenses/filter and spend hours on google trying to figure out where the film goes
step 2 study law of thirds and other composition related topics. go through a painful amount of other peoples work to see what it is in a picture that you like and then learn how to do elements of it to come up with own style,
step 3. go riding and then keep getting off bikes and walking up hill or climbing trees while your subjects/friends get to keep riding
step 4. take hundreds of pictures and go through each and every one of them and beat up yourself that none of them are any good
step 5. find one glimmer of hope when you find the perfect subject matter and talk your friends into going outside at night to get their picture in the light of Aurora Borealis. google the hell out of taking action night shots
step 6. go biking again and walk most of the trail.
step 7. find the perfect shot and enter it into pinkbike contest
step 8. get beaten by a roost shot in the middle rounds. The only thing that keep you from having shattered dreams and taking the first job that comes up at London drugs is that the injustice doesn't go unnoticed in the forums and that at least is something
step 9. someone defends the creativeness of putting a gopro in 4k mode and picking frames out claiming that no one else could do it
step 10. decide you don't care and that TheR has to be a teenage girl with all her feeliness.

Moral? the other photographers have feelings too. you need a thick skin to be am artist.

TheR (Feb 18, 2017 at 8:12) (Below Threshold)
@vernonjeff: Whatever, man. Did the roost guy steal your girl or something? At least the guy can say he made the finals of this contest. What have you ever produced? Are you just jealous because no one has ever recognized your so-called talent? You tried so hard, and this roost guy steals your spotlight? That's ok. Here's your participation ribbon.

next summer you can come up and help me repair berms that moody little girls like you have destroyed and fill in ruts that people have created because they rode when wet and we will see how much you appreciate a berm shot after that. You also make a lot of assumptions.

vernonjeff (Feb 18, 2017 at 8:33)
@TheR: ps. the 'Roost guys' name is Bartek Wolinski. if you are going to bitch and complain that people arent showing respect you should probably show some respect.

TheR (Feb 18, 2017 at 8:36)
@vernonjeff: Thank you. You are absolutely the model of showing Mr. Wolinsky the utmost respect. I'll be sure to follow your lead.

sebazzo (Feb 20, 2017 at 5:17)
@vernonjeff
That's why I prefer a roost pic. There is real riding behind, not a guy rolling down a hill, who (by photogs work) is surrounded by light beams in a jungle.

yes, I'm also the guy who hates redundant story telling in MTB movies (except documentaries with real info). To me, it's all about the riding itself. If a roost pic brings that across and I get pumped, cool. All other pics may be diverted to photography sites and get all the rewards they deserve for the awesome photographic techniques they employed.

vernonjeff (Feb 20, 2017 at 18:42)
@sebazzo: fair enough. I am judging from a photography stand point and the talent between the 2. I did a very short stint as an art director years ago and was drawing from that.(: yes i just dropped expertise into it

I do the same thing with the video's. It tend to watch the fact steep tech stuff as that is what I like to ride and watch. with a lot of exceptions but I tend to gravitate towards those.

Eastern-States-Cup (Feb 18, 2017 at 17:28)
I didn't like all the match ups but the best picture won for sure. Congrats and thanks to all the guys and girls taking great shots that we can drool on over the long winter

advocate (Feb 18, 2017 at 13:37)
Thanks for choosing a pic that shows some respect for the trail. Unfortunately, if you look at the vote percentage split, we've go a long way to go in that regard. If you don't think your land managers are looking at this as well, you probably voted for the roost.

ryanandrewrogers (Feb 17, 2017 at 21:20)
AT LAST THE ROOST HAS BEEN DEFEATED. Okay but for real though next time a photo with aurora's in the sky and double exposure and just and insane photo is admitted we can't let it be beat by a photo we only really voted for because we were sick of roost.

Grutten (Feb 17, 2017 at 23:05)
Awesome photo, but I was REALLY hoping the photo of Macduff would take the W. Just an absolutely insane moment that really captures the essence of pushing the limits on your bike. Plus Macduff is an alround rad dude.

JMBMTB (Feb 18, 2017 at 11:21)
I still think there were more deserving photos than this one however the first thing i thought when i saw this was thank god the roost didn't win!

Braindrain (Feb 19, 2017 at 0:35)
Quarter final match up 4 are the best two shots for me, should have been the final, this shot and the dirt jumper in Germany.

jacobite321 (Feb 18, 2017 at 2:16)
I hadn't heard the word roost used in this context until 2 days ago and since then i keep hearing it... someone explain the true meaning please

bridgermurray (Feb 17, 2017 at 17:19)
"Annual Superior Roost Pic" should be an entirely different competition.

DragRider (Feb 18, 2017 at 0:00)
well, its just another PB joke, this pic compare the its final competitor come one ppl it tell's you nothing at all... i don't believe anymore in voting even in the politics polls everything is a big set up..... keep voting...

"Paris Gore and Margus Riga will each receive a check for $1,000"

Snowytrail (Feb 18, 2017 at 9:51)
Just happy that the dump truck was defeated....the winning shot is great.
Below threshold threads are hidden

bheav (Feb 17, 2017 at 16:28)
bad photo. definitely shouldn't have one. looks like all you guys like is some light going through the trees