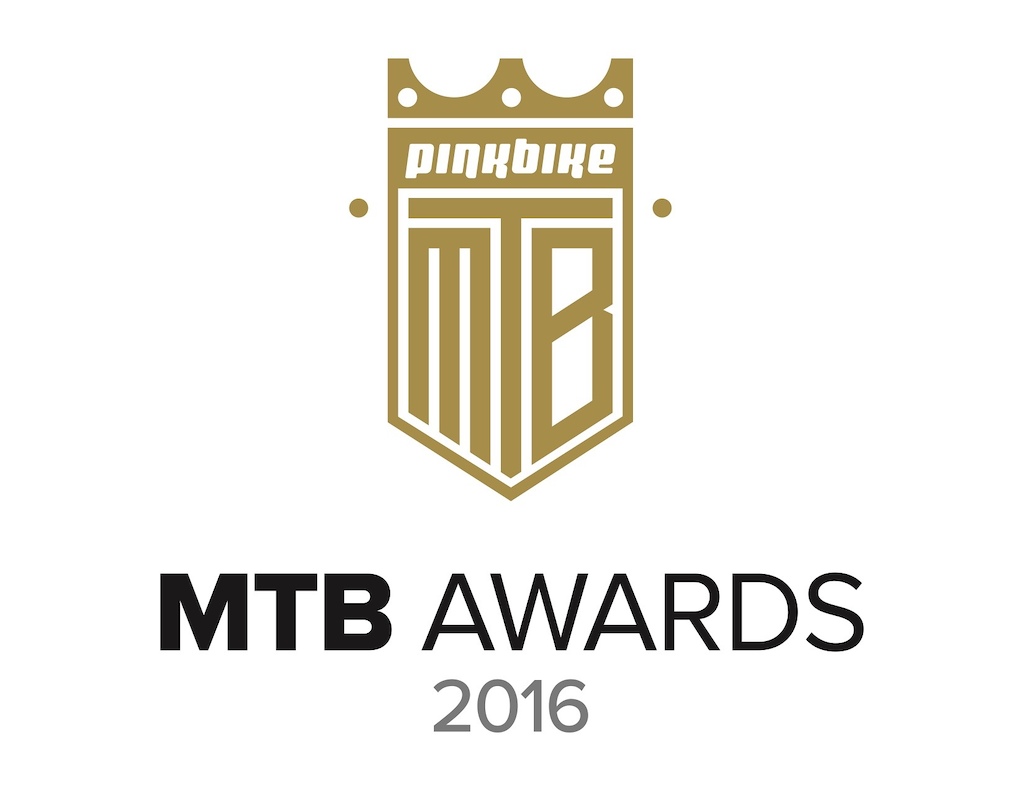 Highlight of the Year Winner

There was no shortage of amazing moments in mountain biking this year, and athletes in every discipline unleashed brilliant performances that will go down in the history books. There was one highlight, however, that stood above the rest, a race run that's indelibly burned into the brains of anyone who witnessed it: Danny Hart's 2016 DH World Champs run. It's three minutes and thirty-two seconds of pure downhill mastery, with a few extra-loose, heart stopping moments thrown in for good measure. We are talking about Danny Hart after all, whose wild, mud-splattered 2011 World Champs run is still one of the most impressive (and most viewed) moments in DH history. 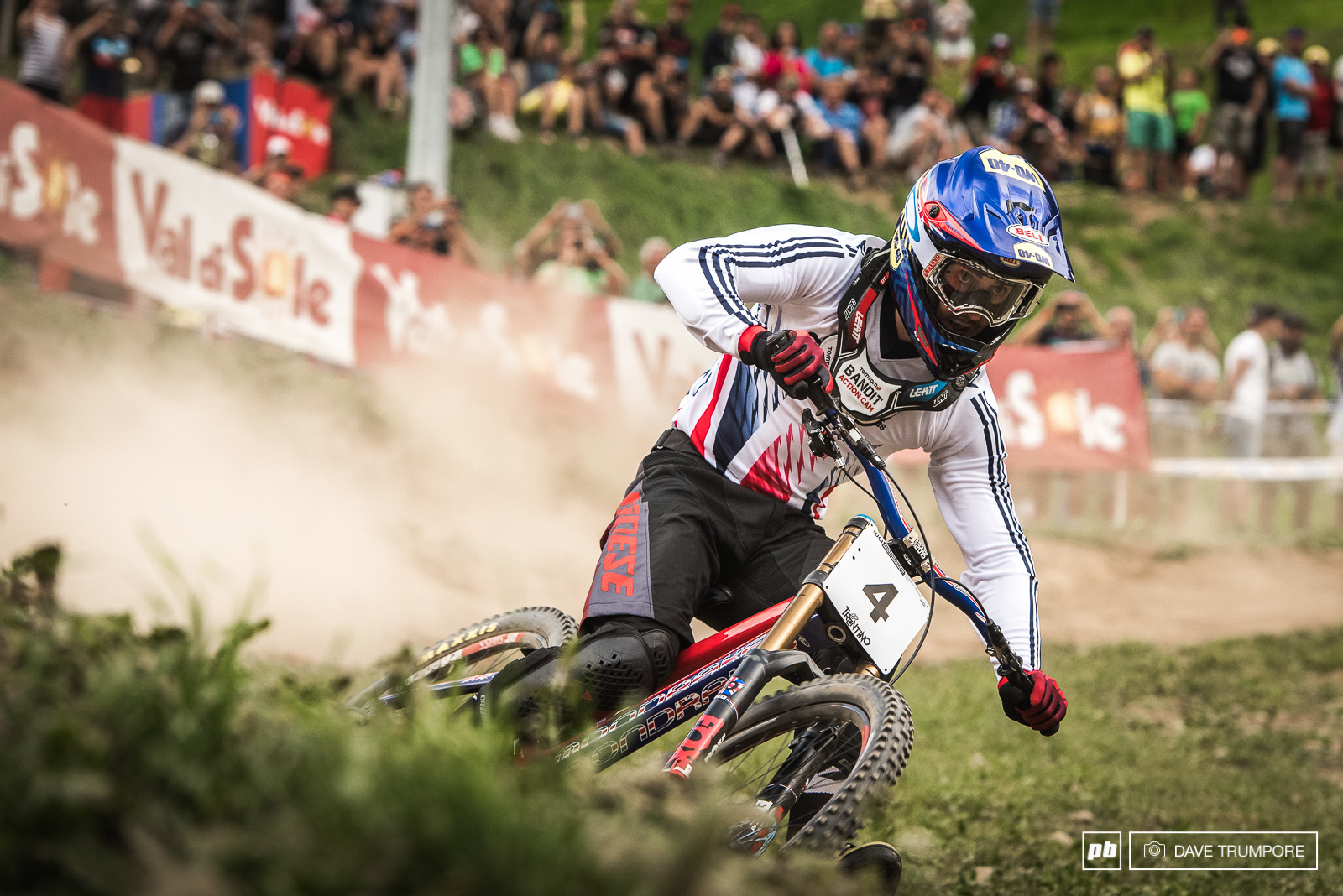 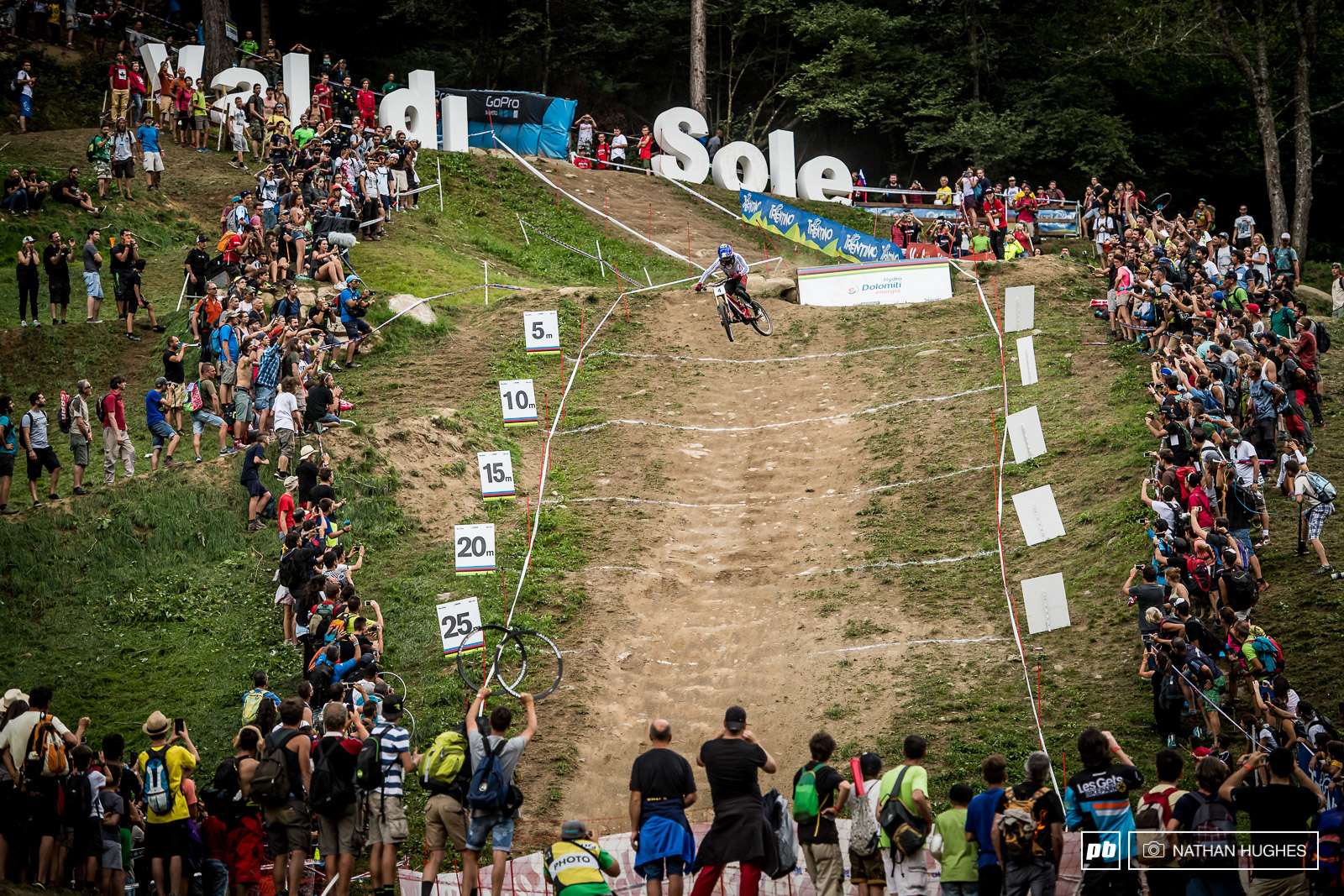 This year, Danny arrived at World Champs a man on a mission, intent on continuing the winning streak that saw him take home three World Cup victories in a row. He was fastest in timed training, a clear sign that he wasn't going to hold anything back. When race day arrived he laid it all on the line, charging down the trail hellbent on taking home that elusive rainbow jersey.

Watching the replay it's astounding to watch the speed that he carries over the massive wheel-sucking holes and through the dusty corners. After railing the final corner foot out and flat out, and then boosting over the finish line jump, all that was left to do was wait to sit in the hot seat and see if his time would be faster than what Troy Brosnan and Aaron Gwin could lay down. It was, and at the end of the day Danny Hart was DH World Champion once again, finishing 2.97 seconds ahead of teammate Laurie Greenland. Congratulations on winning Highlight of the Year, Danny—we're already looking forward to seeing what next year's DH race season brings.

everardo (Nov 28, 2016 at 23:08)
Highlight of the year. When the RedBull player didn't crash, freeze or take a dump during a Dowhill World Cup race!

spencerbrawn (Nov 29, 2016 at 8:01)
On average, it seemed much better this year. I really like the website where you can skip around to different parts of the events too.

winko (Nov 29, 2016 at 0:04)
@WAKIdesigns: I think he should win again this year with the comment how someone will die because of demos "unstable" suspension!

WAKIdesigns (Nov 29, 2016 at 0:29)
@Boardlife69: no I can't deal with the pressure. But someone just told me that my keyboard won the MTB Product of the Year award. I wish to thank logitech and M&B Architects for sponsoring me this year.

groghunter (Nov 29, 2016 at 6:19)
@winko: that was last year, thus his 2015 victory. he's been pretty quiet this year, except claiming that Loic's injury was due to that same "death trap" Demo... until somebody pointed out Loic wasn't on his Demo when he crashed. Which was amazing, & makes a good case for a Protour threepeat.

VwHarman (Nov 29, 2016 at 9:25)
@WAKIdesigns: You may not have a victory notched yet, but I think due to consistency of your trolling, and the hilarity which almost always ensues, the powers that be have actually decided to name the troll of the year after you. @Protour is the 2016 WAKI Winner.

pwebzz (Nov 30, 2016 at 3:03)
@supercollider: credit where credits due my friend.!!! I still laugh every time I think about reading that article/comment.,, cheers mate

WAKIdesigns (Nov 30, 2016 at 6:26)
Actually, that's a great idea... I will be giving WAKIs. So selfless of me... I will draw diplomas and send them to companies... off course before that, they will be published on Pinkbike and on my instagram...

blowmyfuse (Nov 29, 2016 at 19:04)
Highlight of the Year?
Bernard Kerr catching a beer mid air
Remy Metalink taking orbit
Steve Peat waking up in the morning pissing out beer and excellence and retiring
All well and good but to me, Highlight of the Year is the Ft.Bill Memorial Run for #longlivechainsaw . I was brought to shattered tears. Sobs.

That video was the single most moving moment in our sport.

lalodh (Nov 29, 2016 at 9:19)
Its always great to watch a video that give you goose bumps, now we have one in wet and one in dry from the JEDI master HART. Cheers

cheeverbrent (Nov 29, 2016 at 8:02)
Just realized how close he was to wrecking on that final jump. Landed deeeep on that one!

Ferei1 (Nov 29, 2016 at 22:37)
Great event！ love it， if you guys need professional bike lights， feel free to visite our website：http://www.ferei.com/en/product.asp?sid=1 ， and email me：Email:ferei2@ferei.com