As the racer buses rolled into camp at Lake Timpanogas last night, the first time jitters experienced by many of the racers became overshadowed by excitement. Given just enough information about where and when to meet the shuttles, racers were truly in the dark about what they were getting into; even returning racers aren’t guaranteed the same experience as last year. 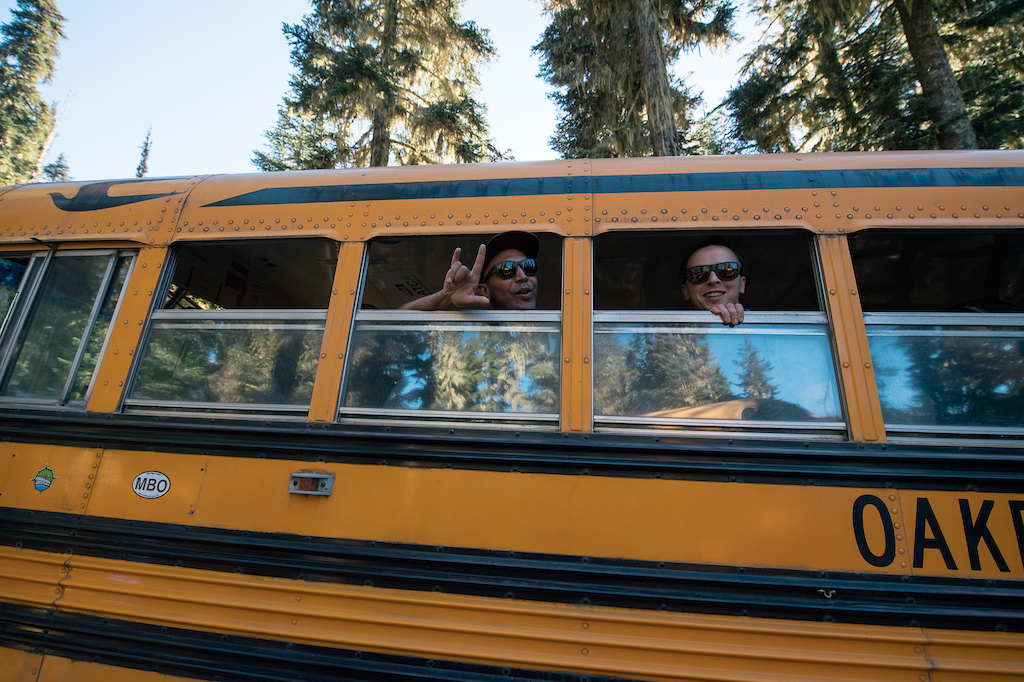 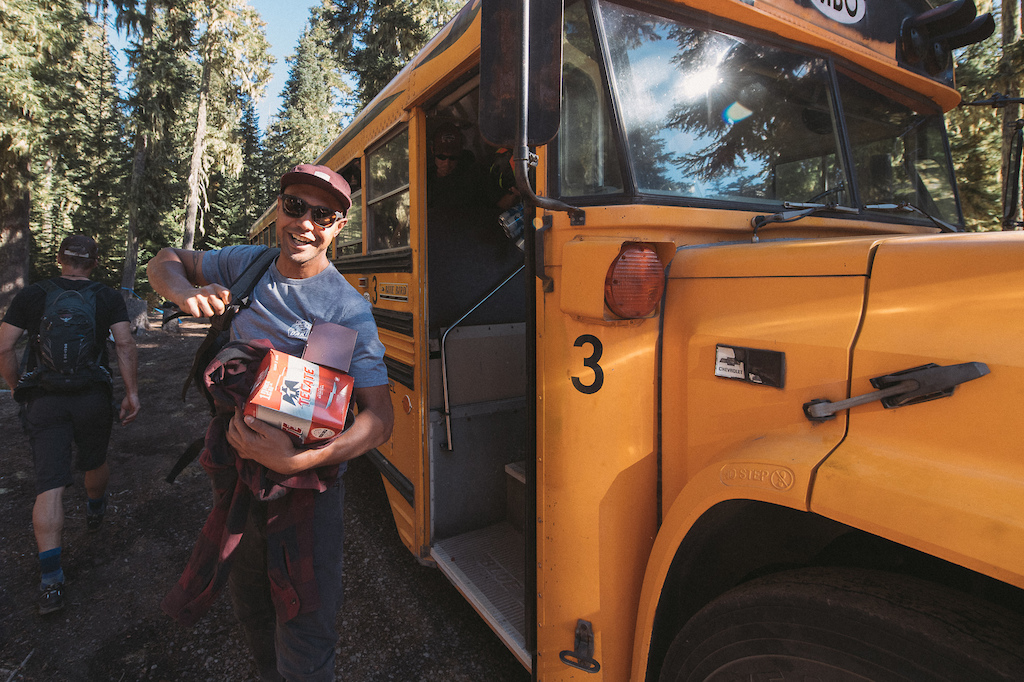 The Nomad Team, Chris Johnston and Dylan Wolsky, are new to the event; “our bus stopped at the gas station and everyone just piled out and went to the liquor store next door, that was our first impression. It was awesome! You know what’s up from there on out!”


Cut off from any Wi-Fi and cell service while in the backcountry, racers spent their first night setting up camp and bonding over gourmet food and around campfires. “Not having Wi-Fi creates camaraderie, there’s more socializing and interaction, instead of everyone sitting on their phones and updating Facebook or Instagram,” says Jaime Hill, also a new face at Trans-Cascadia.

This morning racers awoke to a stunning view of Lake Timpanogas blanketed with mist and enough time for some to head out paddle boarding or swimming after breakfast. It wasn’t uncommon to hear exclamations from campsites about what a relaxed and ‘chill’ event it was as racers lounged about until their start times.

Amateur Women, Amateur Men, Pro Women, and finally Pro Men all rolled out of basecamp in packs of new and old friends, chatting cheerfully and calling out some good natured trash talk as they started the climb to Stage One.

Former World Cup DH racer, Bryn Atkinson is excited about trying something new with racing enduro. “I’m just pumped to get up there and take a rip down some fresh trails that I’ve never seen before! That’s pretty exciting and it’s a different style of racing than I’m used to, obviously.”


Today’s course took racers through stages 1 – 5; 17.8 miles of riding with 4110 feet of climbing. Starting from the lake they headed up the Indigo Lake connector trail to the saddle to complete a clockwise loop through the trail systems before descending to climb the connector trails a second time. Racers finished back at Lake Timpanogas after completing a counter clockwise loop from the saddle.


“We pre-rolled through the first three stages; they are pretty fast and flowy,” says Ariel Lindsley who was out on course this morning confirming signage placement. “The dirt is really good, it feels like nobody’s ever ridden the trails, but the trails have been taken care of for the last twenty years. It’s not really technical, a few tight turns and that was it. A lot of high speed!” Zach Jarrett, who was riding with Ariel, commented on how amazing the trails are, despite how long they’ve been around, “we’ve got some backcountry singletrack that’s been here for probably fifty years and it flows like something that was designed for mountain bikes, so combining that with perfect dirt makes for a good day!” 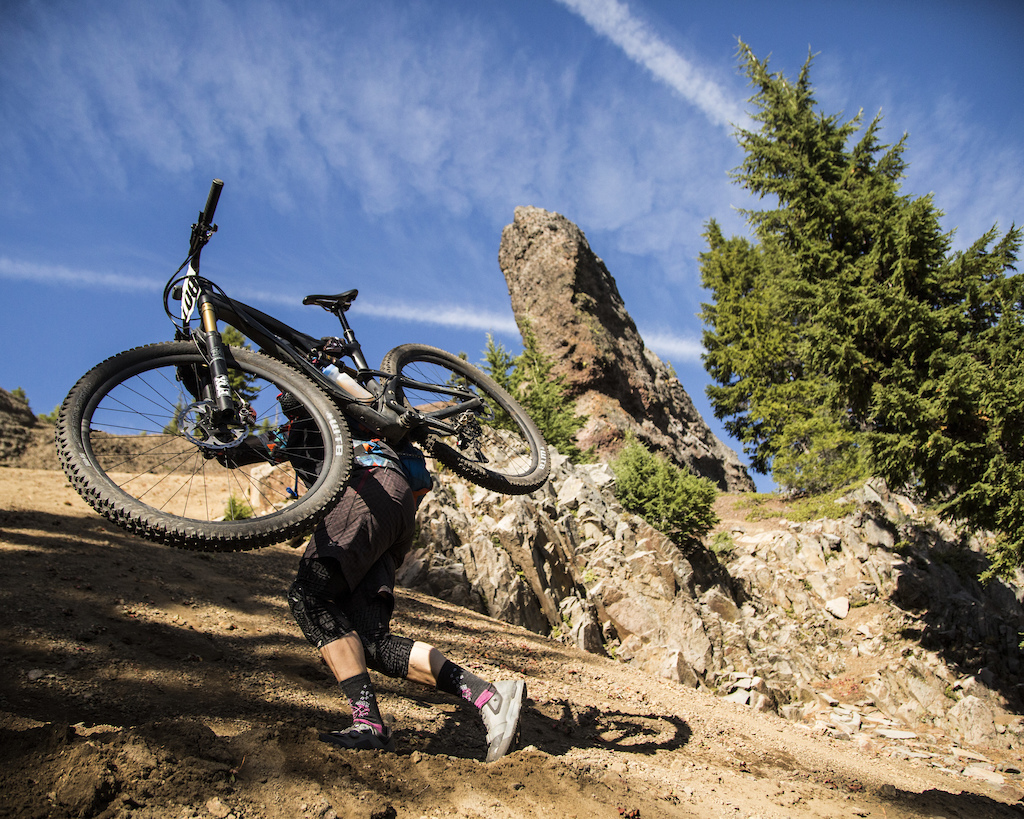 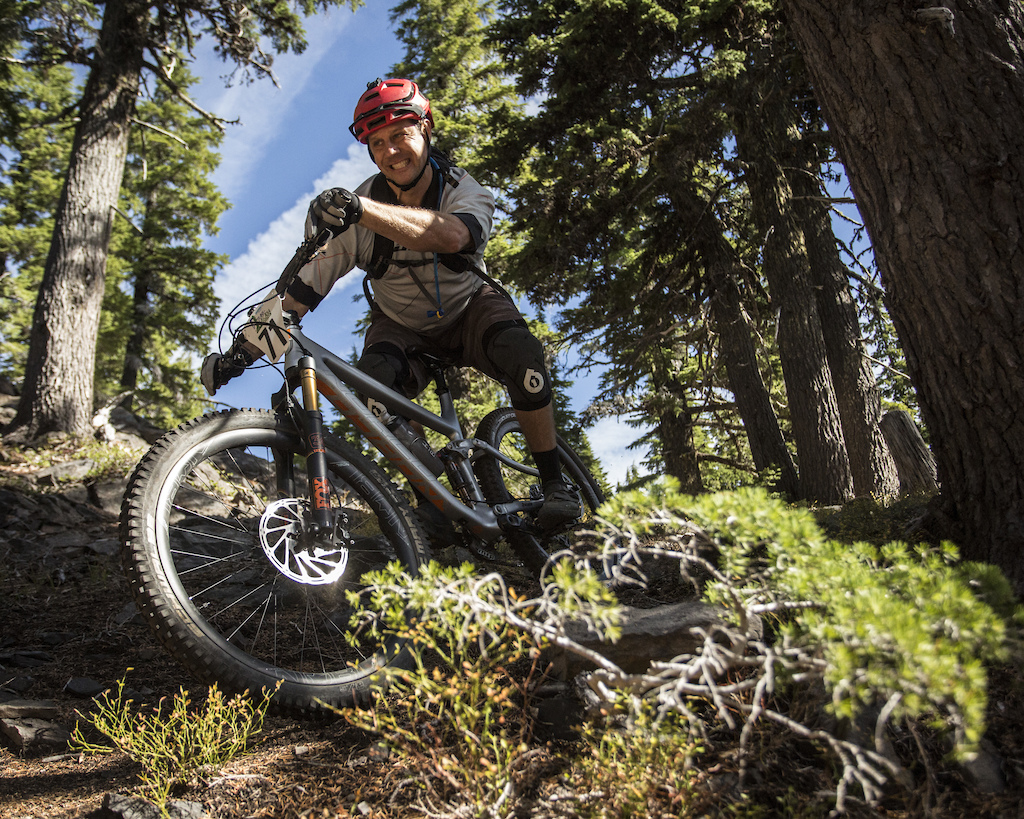 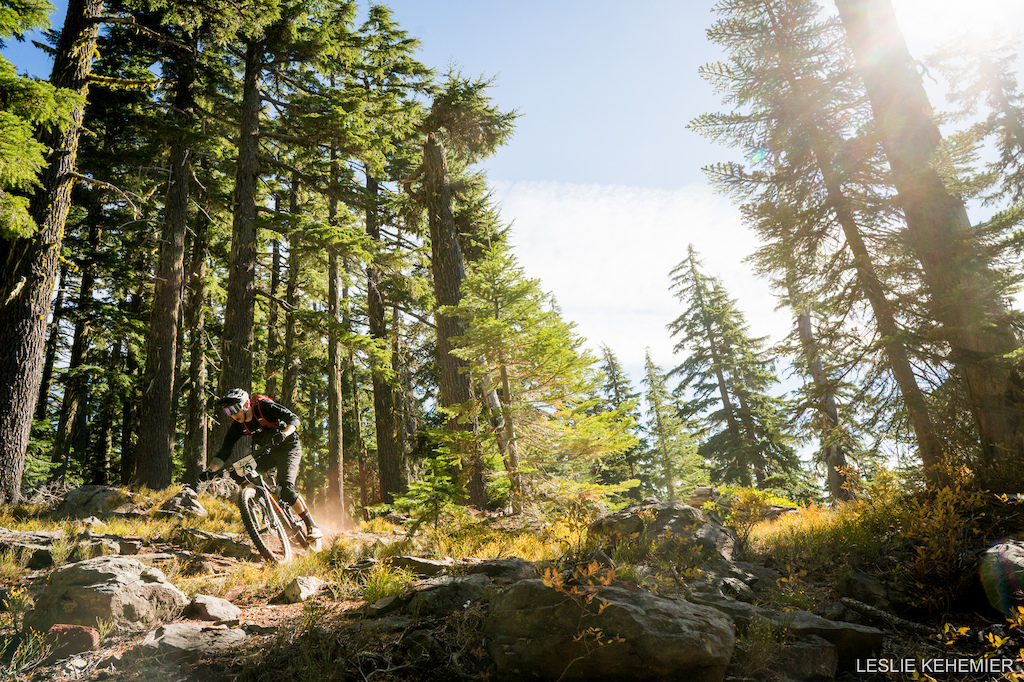 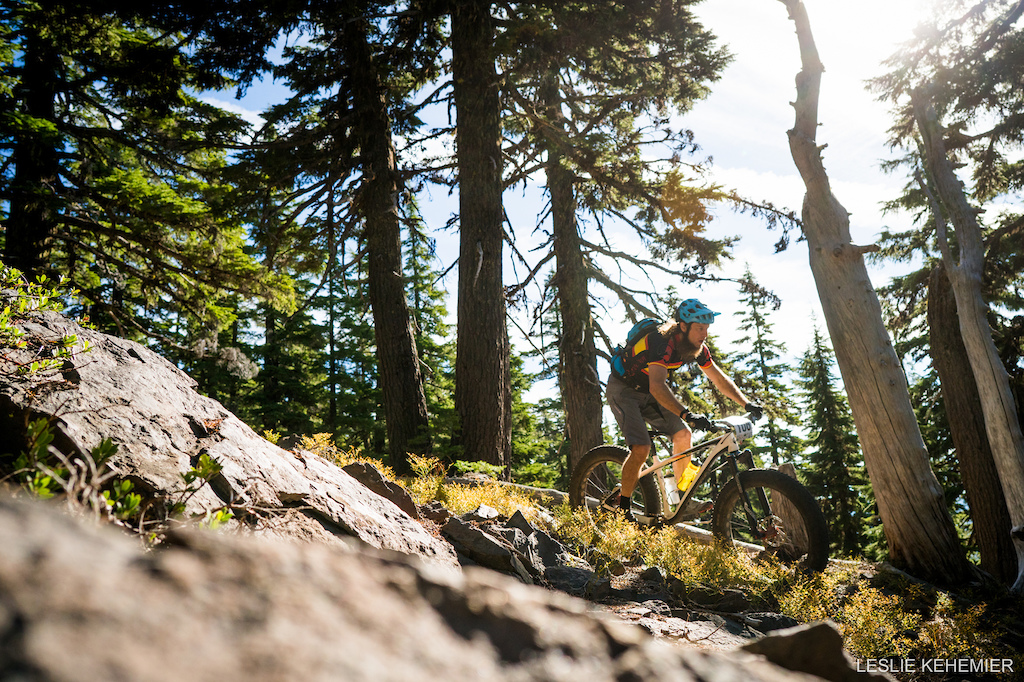 Aaron Bradford and Rosara Joseph started the day in the leader jerseys having won the 2015 Trans-Cascadia. The end of stage five would see Rosara hold on to her leader position with a substantial lead over second place. Working full time and racing only Trans-Cascadia this year, Rosara let us in on her secret for winning; “I had a rigorous training schedule of riding occasionally and drinking a little bit, but not too much, but enough. It’s really hard to get the balance right; you’ve got to work at it. Last night I got off to a good start; I was throwing hatchets and drinking bourbon at the Transition Party Shack, so I feel like I had a really strong start, now I just want to build on it.”

Aaron took third place today with Geoff Kabush in second, and newcomer Chris Johnston in the lead. “It was amazing, it’s always a challenge to ride stuff 100% blind, but it was a good fun day. There were some pedally bits that made it really physical, I sort of gave it everything and kept consistent,” says Chris of his win. Geoff took two stage wins on the more physical sections and lost the lead by only 4 seconds. 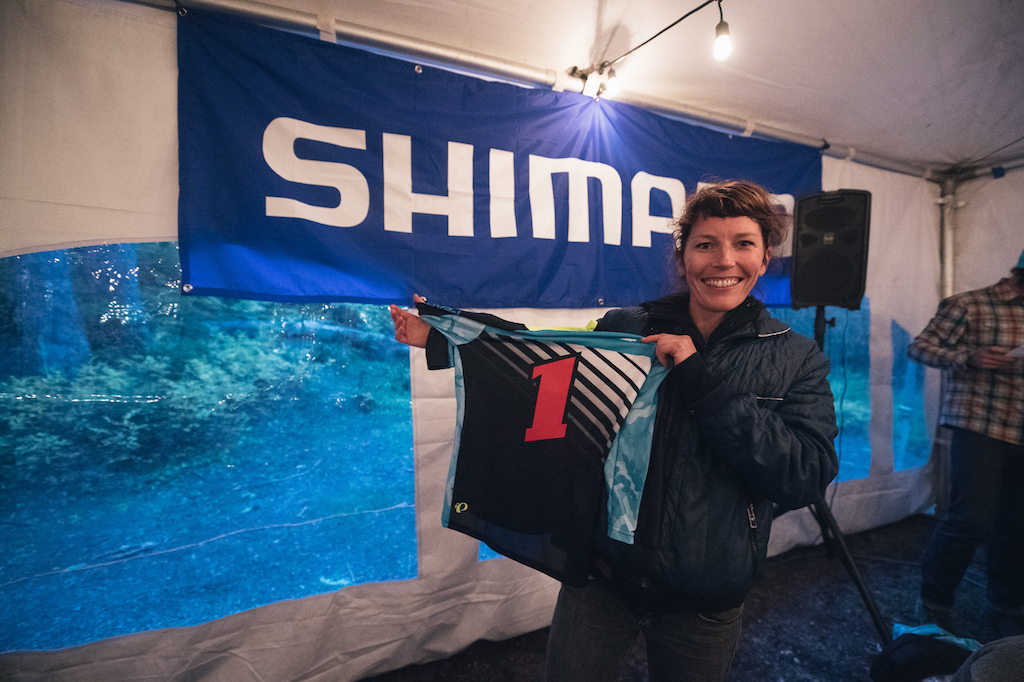 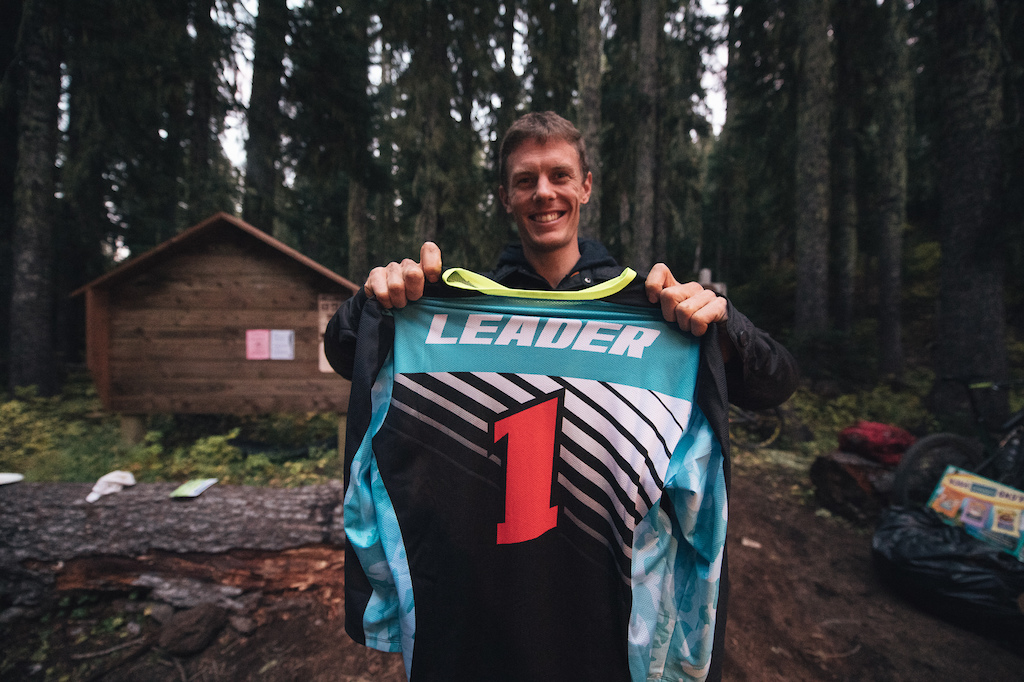 Despite losing his lead, Aaron doesn’t plan to change anything for tomorrow, “the competition is certainly very fierce, more so than maybe last year. But I still have the same approach; wake up at the tail end of breakfast, show up hopefully in time to catch some John Wayne coffee grounds in the bottom of the barrel, then maybe come back to the campsite with a full belly and hang out on the inflatable [couch] and soak up a few more rays, and then kind of assess the situation. [I’m] probably going to be hung over because that’s a trending thing here. It’s all about decisions, making the right decisions. We’re at the right place, doing the right thing, and I’m just going to keep doing that.” 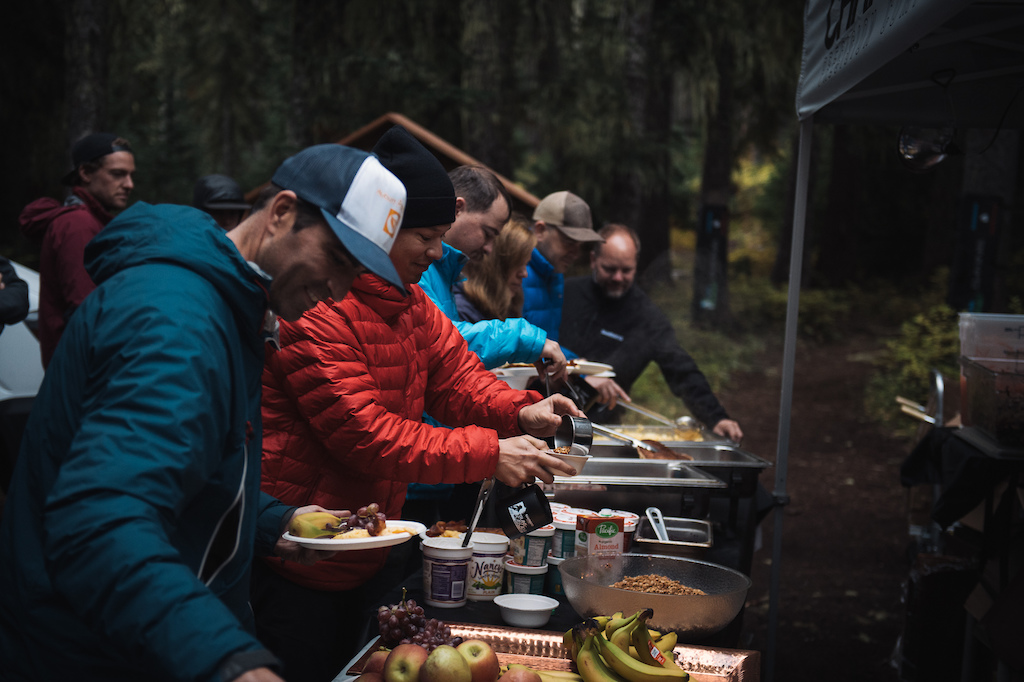 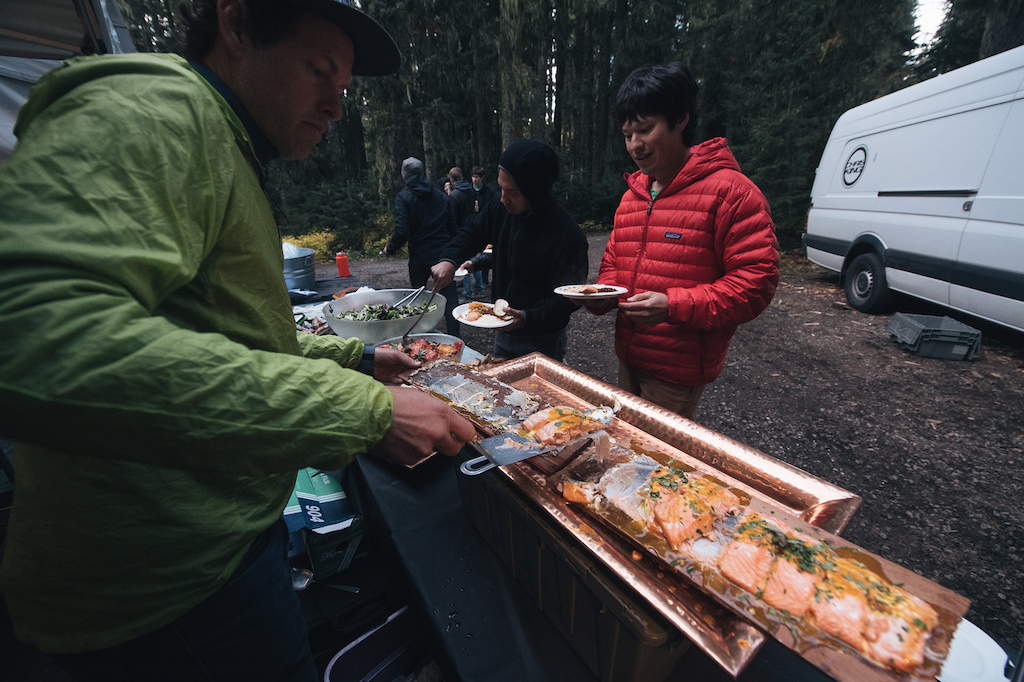 Jessie Gibson, volunteer and wife of event organizer, Nick Gibson, reflected on a successful first day, “it’s an amazing, super fun event to be a part of. It’s just awesome seeing all the work that Nick, Alex, and Tommy have put in all year long and to see it actually come to fruition. It’s more than I expected, it’s so much work to put on a race like this, especially a four-day blind race format with amazing food and amazing settings – and to see all that come together and the people that make it possible is so rewarding.” 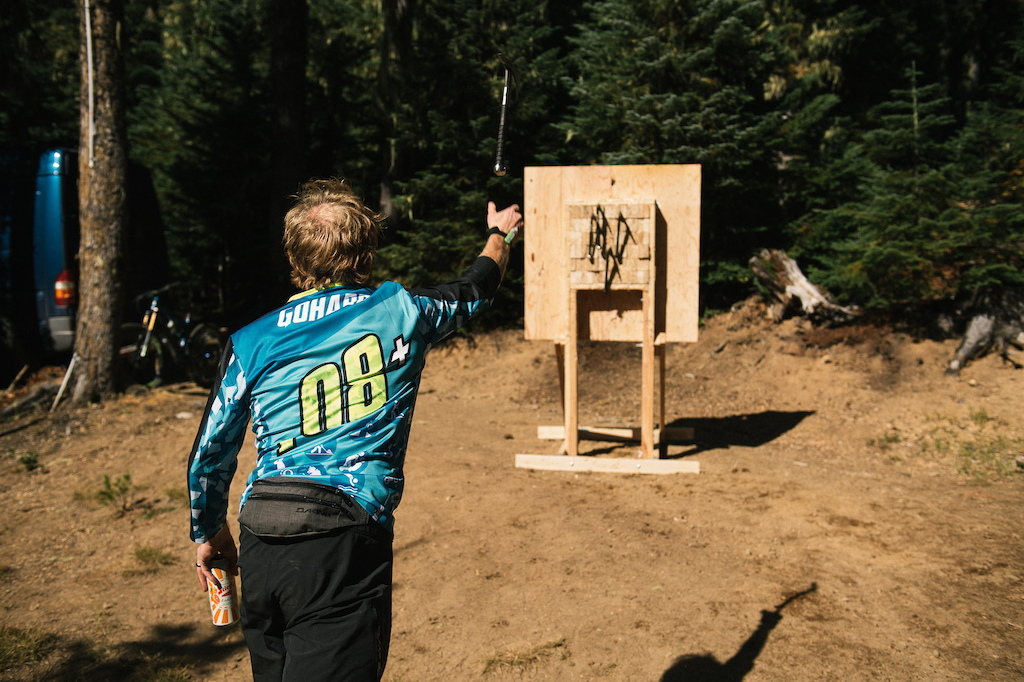 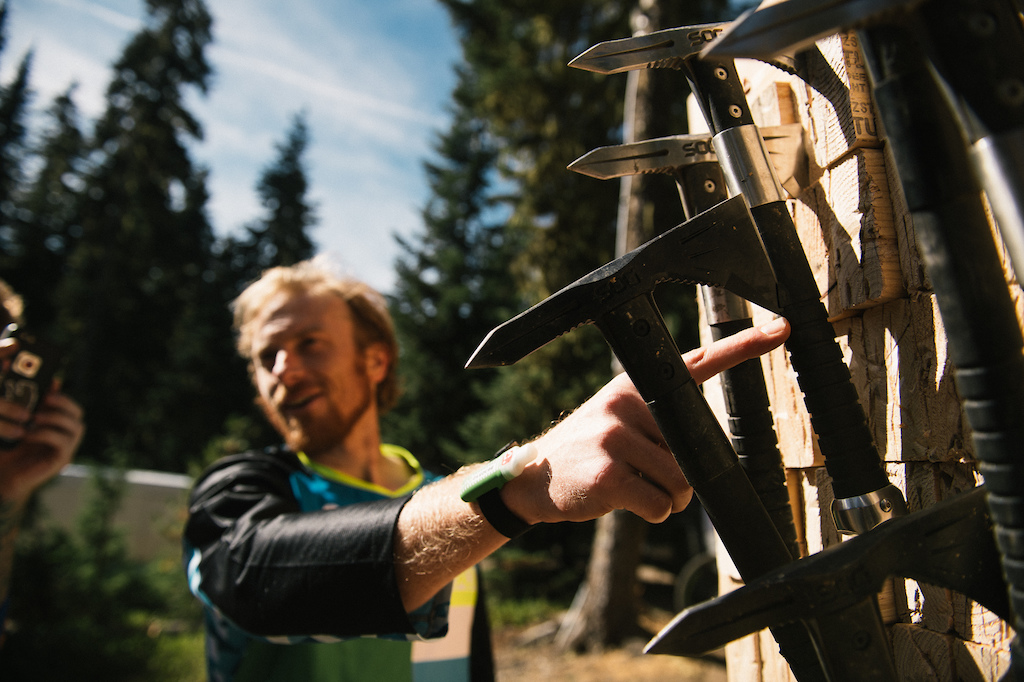 As the afternoon sun cast long shadows on the hatchet toss and racers got ready to settle in for another night of solitude and bonding – some around relaxed campfires and others rallying for a more rambunctious night – it would seem that the second edition of Trans-Cascadia is off to an incredible start!

tbmaddux Plus (Sep 30, 2016 at 7:07)
Two loops of the Sawtooth Struggle looks like a great start. Hope everyone is ready for the rain. Who has to make the liquor runs to keep things flowing?

tommyriddle (Sep 30, 2016 at 22:06)
Go Kathy! Crazy to see the heavy hitters like Sonya Looney so far down the list. Someone make Dillon Sabtos drink a beer and relax!