Performance of the Year Winner
From 24-hour endurance grinds to 4-minute flat-out downhill runs, there were myriad ways that riders still found ways to perform in this disrupted year. We highlighted Greg Minnaar, Evie Richards, Emil Johansson, Tiago Ferreira and Reece Wilson who all beat out the world's best under immense pressure for victory.

While we were impressed with all the contenders, the 2020 Performance of the Year award goes to... 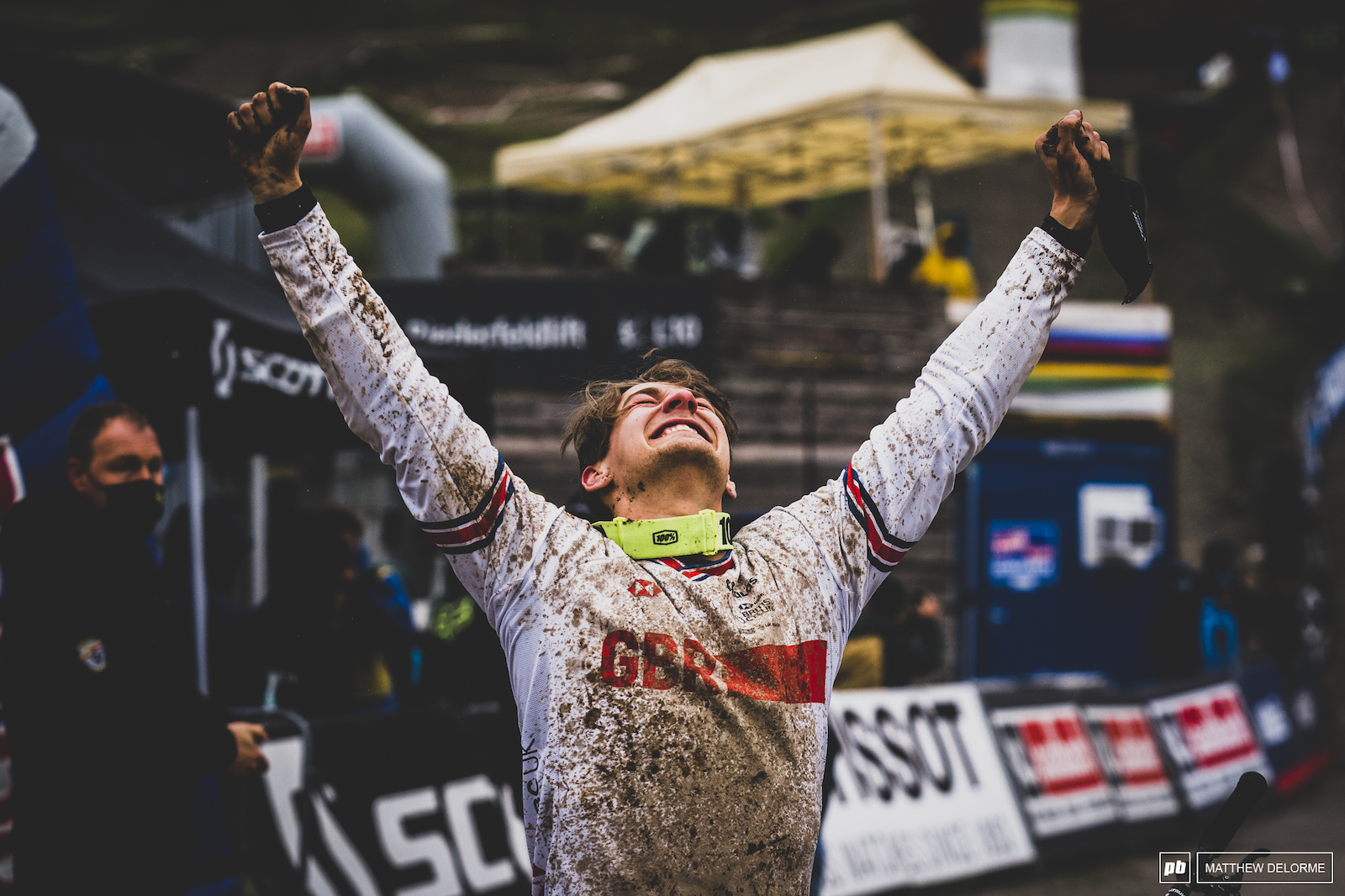 Reece Wilson
Why he's the winner
It started with a stump gap. Pretty much nobody had Reece Wilson pinned for the World Champs title this year, but that lasted roughly one practice session as Reece Wilson hucked through a greasy, root-strewn section that most of the world's top riders were still puzzling. On a section that lacked rhythm and flow, the young Scot showed in one line that he wasn't in Austria to mess around, and was hungry to cement his place among the world's best. That form carried through the rest of the week and after some red-hot splits in seeding, Wilson became one of the riders to beat on finals day. 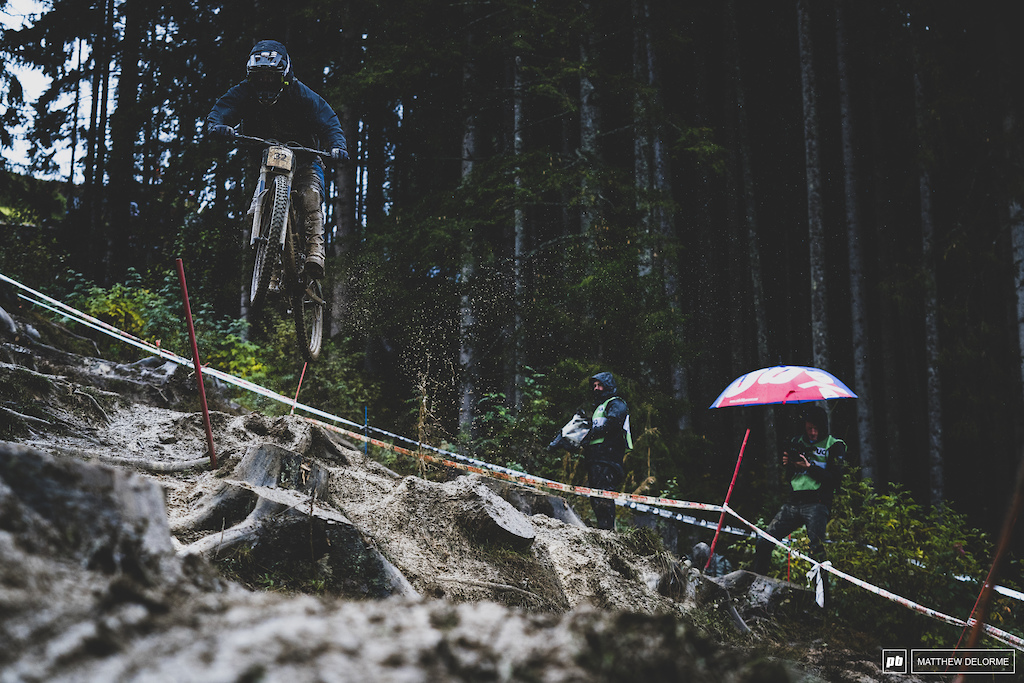 Finals threw every possible challenge at riders. Cold, snow and a fresh cut section that had been put in to bring some much-needed tech to Leogang. That section was ruined by autumnal conditions and a constant stream of riders passing through it making it one of the trickiest race sections in recent memory.

Unfortunately, an early race start meant that not much of what Wilson did on track was televised but it's clear from looking at the time sheets that the woods section that caused other riders so much trouble is where he excelled. He would later say he didn't think he had done that well and had missed a few lines, but it was a run that was about as perfect as you could get on that track in those conditions. 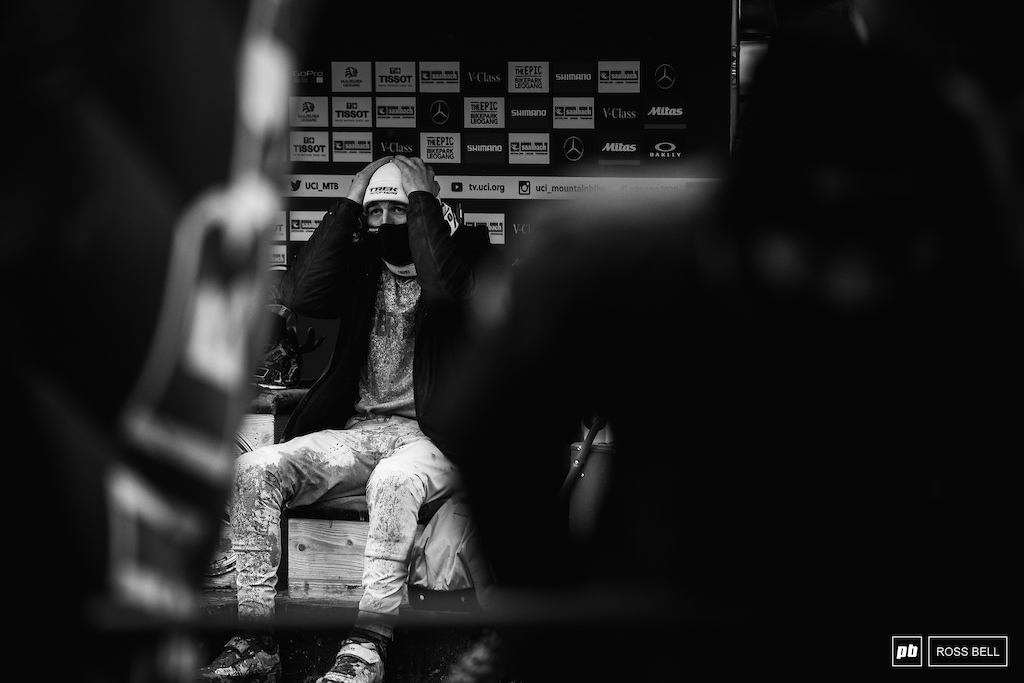 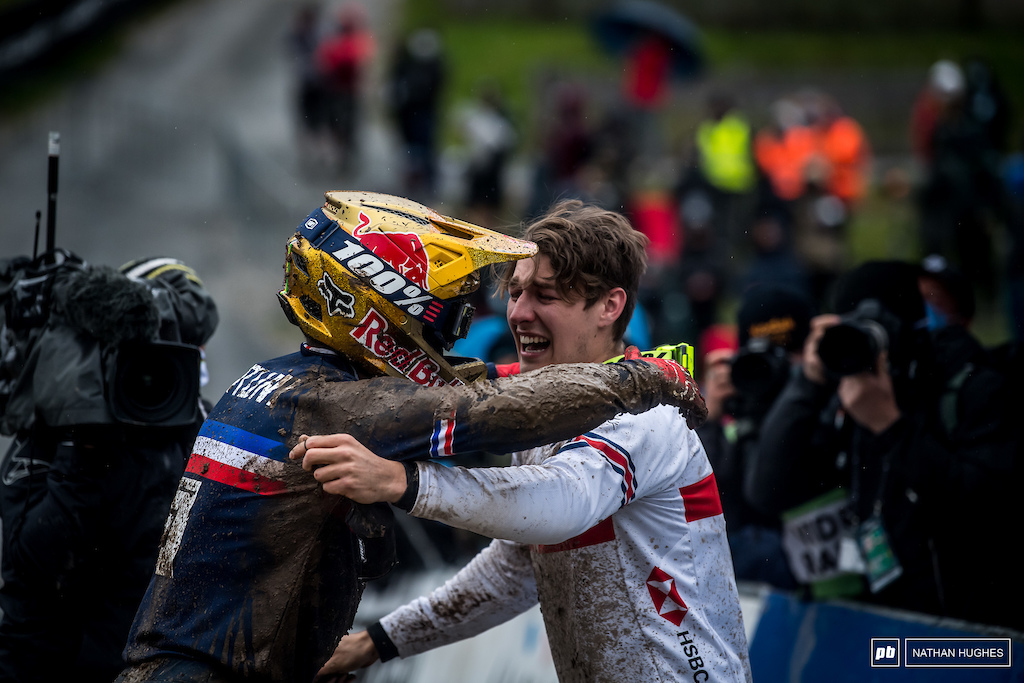 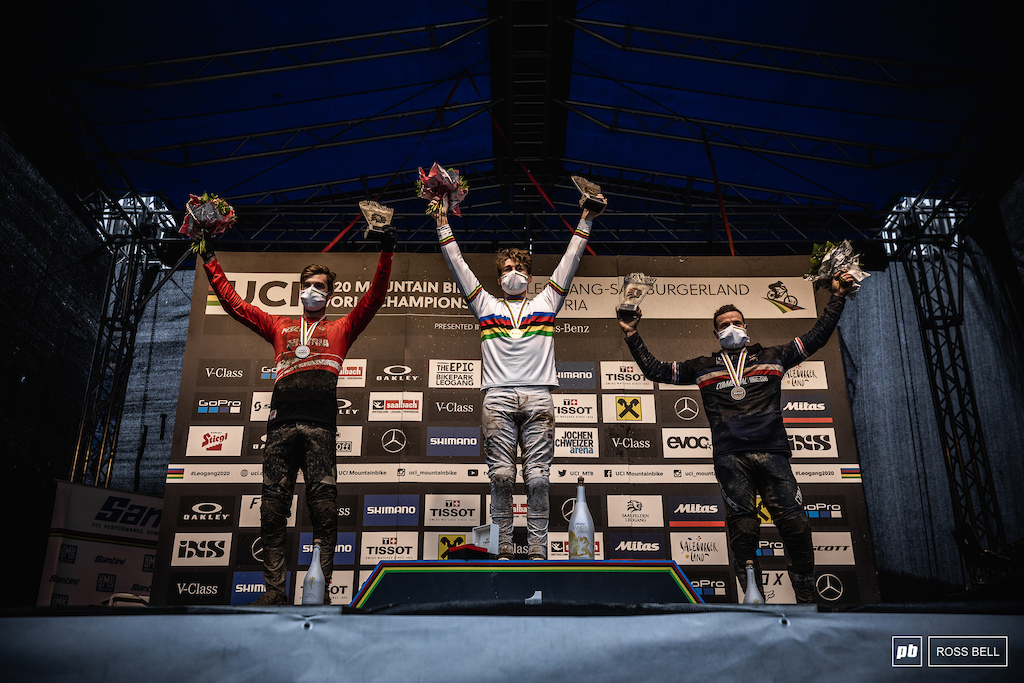 Wilson crossed the lines 7 seconds in the green but was in for a long and tense wait for the final riders to cross the line. In the end, Wilson's time was never really troubled and he won the World Champs by the biggest margin since Danny Hart in Champery nearly a decade ago. 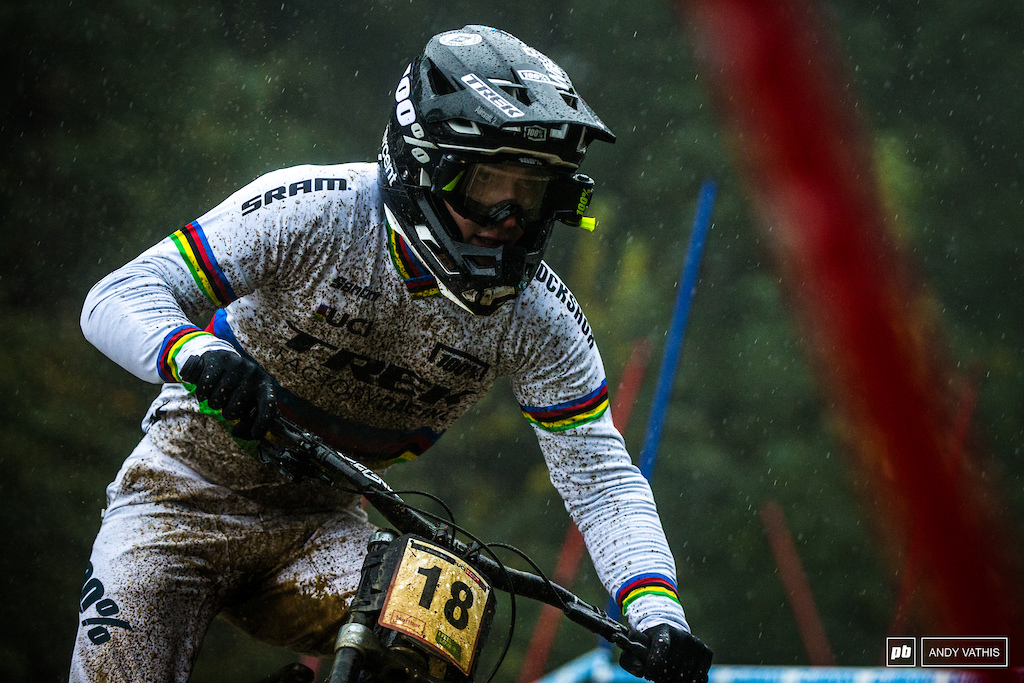 gafoto (Dec 30, 2020 at 13:32)
I love that picture of him above the stumps. There looks like nowhere to land that won’t instantly cause an endo, slideout or taco a rim. Amazing riding.

Processtuna (Dec 30, 2020 at 12:04)
Hell yeah Reece! Badass performance and further proof that all runs should be televised!

km79 (Dec 31, 2020 at 9:00)
The video was deemed too good to be broadcast unfortunately. It was said by the powers that be that all future videos would be ruined should it ever be shown in full.

Eric27 (Dec 30, 2020 at 14:57)
That was a crazy day of racing. Never seen that kind of mud on a race course before. It swallowed the riders up and stopped them in their tracks. Reece managed to make it down the hill faster than the rest and it was impressive!

hubertje-ryu (Dec 30, 2020 at 22:39)
Comment only applying to suspension products: how can this nomination be about downhill when only 1% of the mtb crowd actually rides it?

Planetx888 (Dec 31, 2020 at 6:00)
Watching him openly ball in the finish paddock when bruni went down was golden. Made me laugh, poor guy was totally overwhelmed. Well deserved.

jlfern (Dec 30, 2020 at 14:39)
Reece Wallace is for sure a badass but I dont know if he deserves this.. if i had a dollar for every time a WC rider had a hot streak that lasted a few races followed by crashing out hard...id be several dollars richer than i am now. IMO minaar got robbed. If he didnt crash out before the end of the season then yeah he deserves it.

SupraKZ (Dec 31, 2020 at 0:03)
Reece got lucky with the track conditions as they deteriorated heavily after his run. He was mediocre before and will remain mediocre despite this lightning in a bottle moment. Downvote away if you will, you know it's true.

MrNally (Dec 31, 2020 at 2:50)
You must have been in those woods on the day to know exactly how conditions changed? Interesting too that Reece was one of the fastest in all the other sections that didn't deteriorate.

humoroususername (Dec 31, 2020 at 18:41)
That must be why he absolutely smashed qualifying for the next race as well is it? Like, he was 3 seconds faster than second place in Maribor qualifying. Please explain that to me...

junglefever (Dec 30, 2020 at 13:44)
When it's cold,wet and muddy it separates the men from the boys imo. Its a little wonder Scots produce 90% of the SAS and is seen as one of the manliest countries on earth. Minaar was rolling around on his back like a turtle, hardly the GOAT is he? That's Sam Hill, can ride amazing in all conditions and world champion in DH and Enduro.