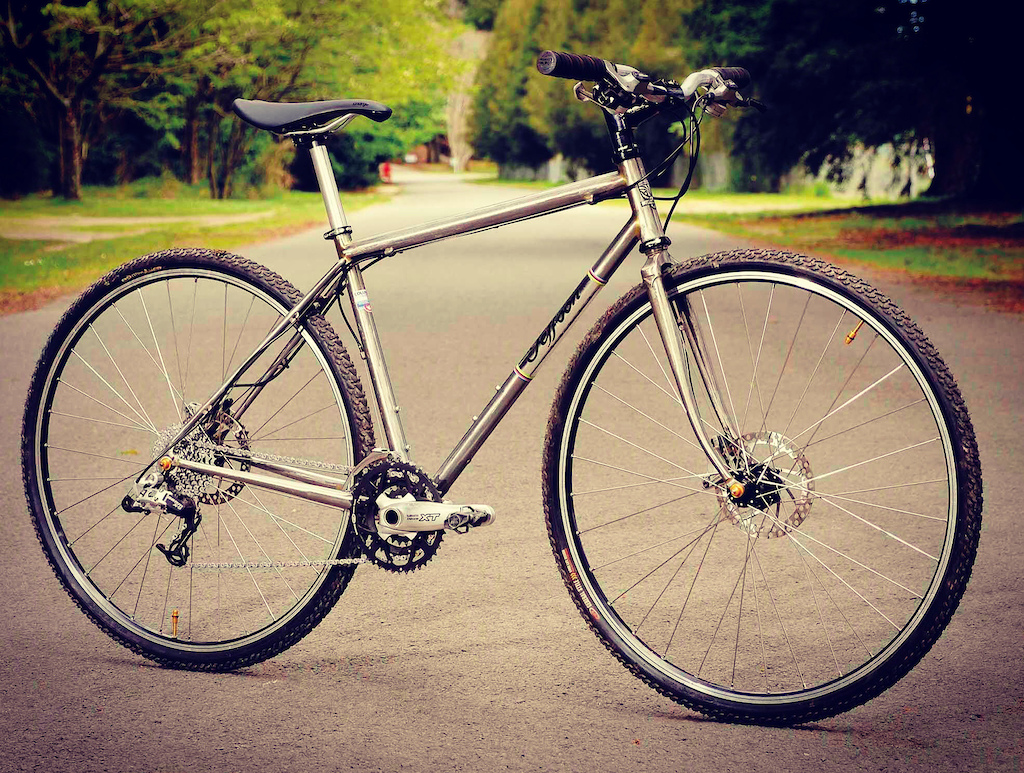 
The last public mountain bike event in Rotorua, Aotearoa, New Zealand in 2021 has already raised thousands of dollars for charity and will support local businesses doing it tough in Covid times.

On Saturday December 4, the Rotorua Singlespeed Society will host Celebrate Life for the Cancer Society of New Zealand - a ride, an auction and raffle. “We’ve already banked over $3500,” says the Society’s Paul Laing. The ride will kick off with coffee and a pōwhiri or welcome at Eastwood Cafe on the SCION campus from 9 am, then, from 10 am, a cruise to Secret Spot Hot Tubs at Waipa for a BBQ lunch and the raffle draw for a bike built by Jeff Anderson from Jeffson Bikes. This hand-crafted, steel bike was featured in NZ Mountain Biker magazine and NZ Cycling Journal. “Tickets are $50NZ with details at bluedogtv@me.com,” adds Laing, "NZ only, sorry."

Prizegiving and auction will be at the Pig and Whistle in downtown Rotorua. "We have over $1500 of prizes from a diverse range of local businesses, bike shops and shuttles, hospitality, tourism and we’ve even got a trap from Whakarewarewa Pest Free to giveaway,” Laing continues. “So, a big shout out to Tak and Tu from Mountain Bike Rotorua, Carol and Ian at Off Road NZ, Miriam at Mourea Coffee, Keith and Eric at Secret Spot, the Eastwood team, Melissa at ZORB, Harm at Dancing Moose Adventure Supplies, Annika at Let’s Ride, Bryce, Gillian and Philly at Cyclezone and Ryan at Matai Restaurant. Great, great locals.”

Rotorua Trails Trust has donated a sign for Old Chevy, built-in 2007 by the Singlespeed Society team. There are also a couple of handcrafted trail signs from the mid-90s and Kiwi legends, the Kennett Brothers have contributed a signed copy of their latest book profiling the wide range of New Zealand bike builders over the last 150 years.

The event isn’t just for one-gear purists. “We’re welcoming everyone who wants to join us, not just singlespeeders, to celebrate life in difficult times,” says Laing. “The minimum donation is $10, but $20 is best.”