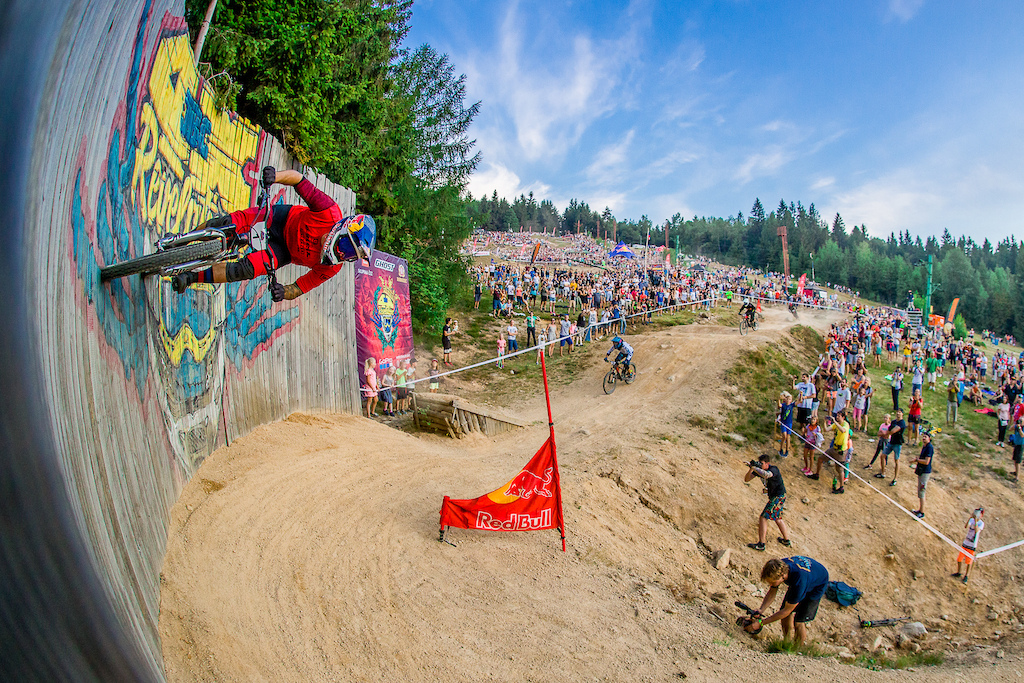 4X Pro Tour
Announces 2022 Venues
Words & Photography: // Charlie Currie // Charles A Robertson
The 4X Pro Tour has announced a six-round series for 2022. Visiting four countries and a variety of tracks, 2022 will showcase the talents of the Worlds best 4X riders to determine who the fastest riders are: 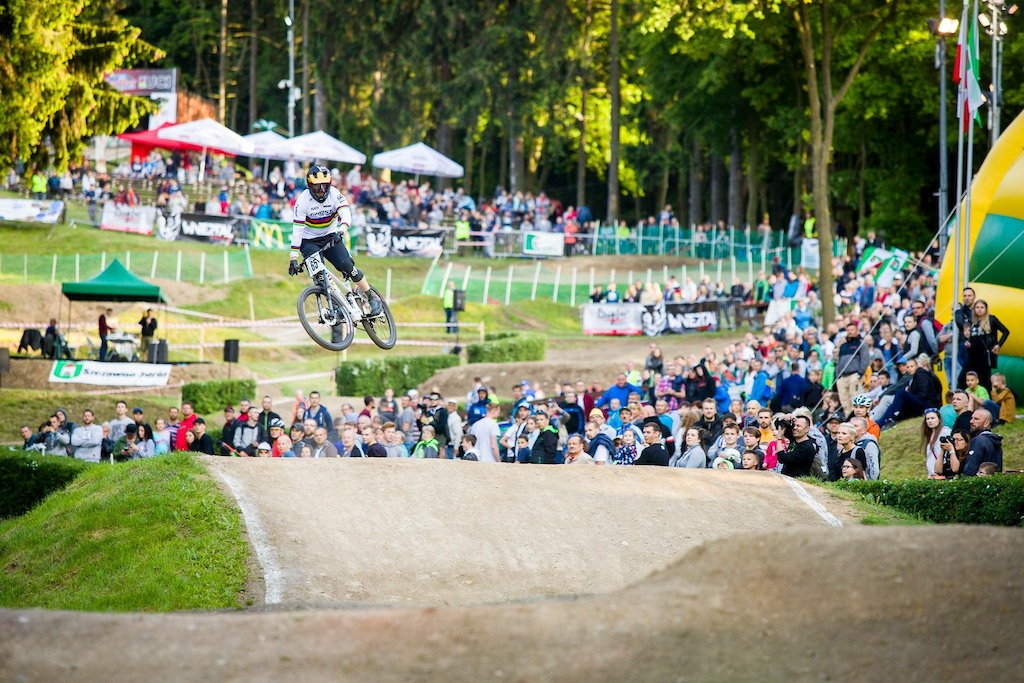 High speeds, big crowds in Szczawno Zdroj, Poland. Photo: Charles A Robertson
The series will kick off at the high-speed track in Poland. Szczawno Zdroj, has been a regular on the circuit since 2012 where it hosted the European Championships. The floodlit track will no doubt provide a great start to the season. 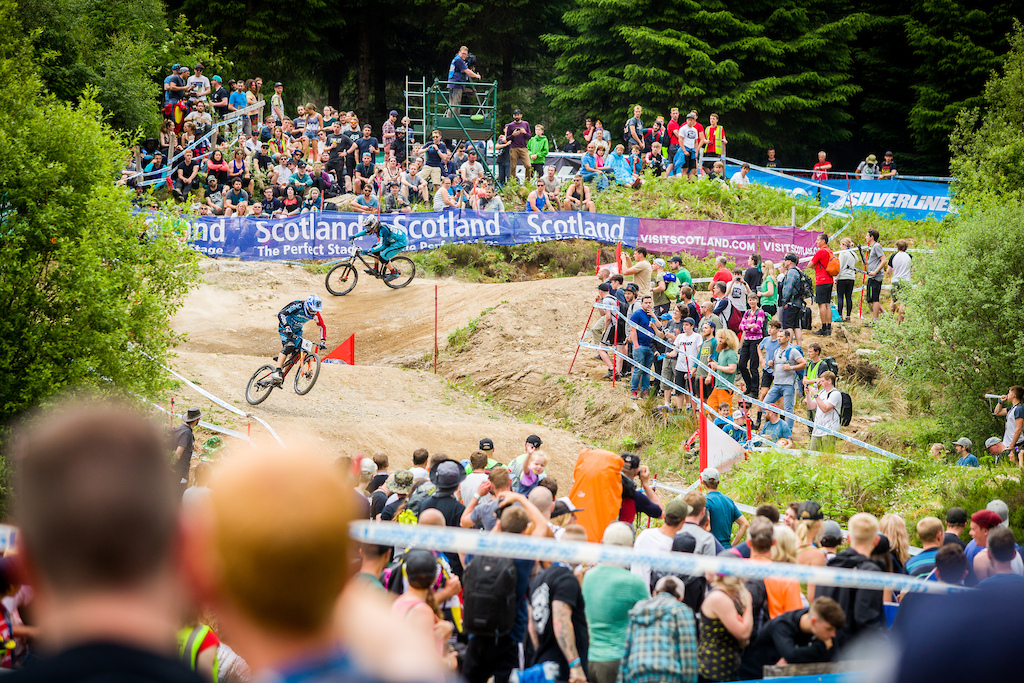 Down to the wire in Fort William, Scotland. Photo: Charles A Robertson
Fort William, Scotland will play host to Round 2 on May 21st, alongside the UCI Downhill World Cup. Since the birth of international 4X way back in 2002, the Nevis Range has held some of the most spectacular 4X action, with big crowds and bar to bar racing. 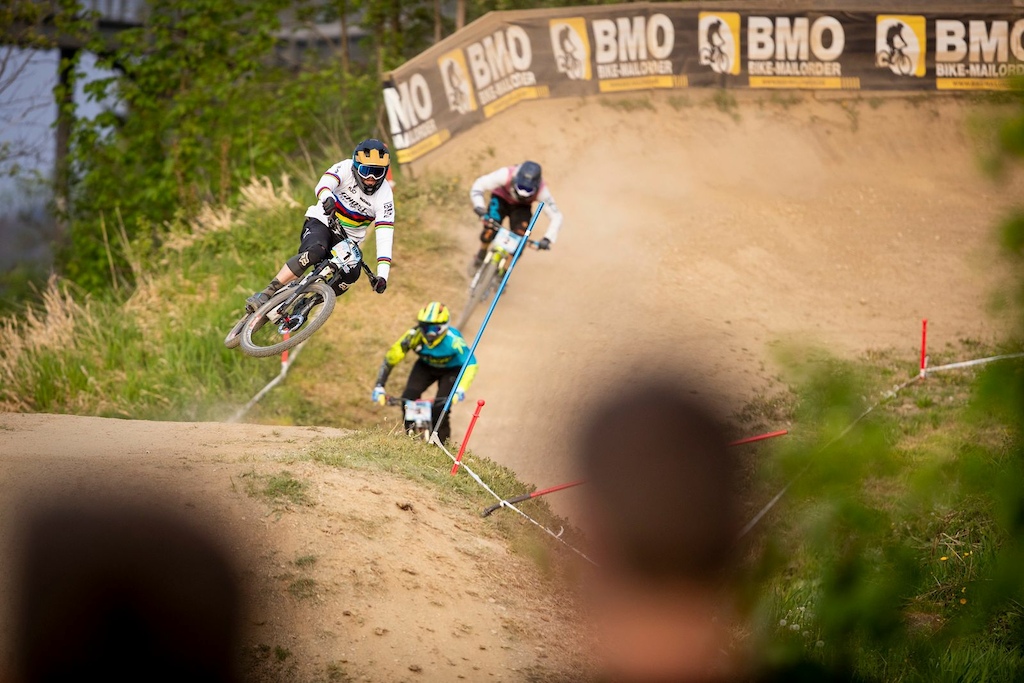 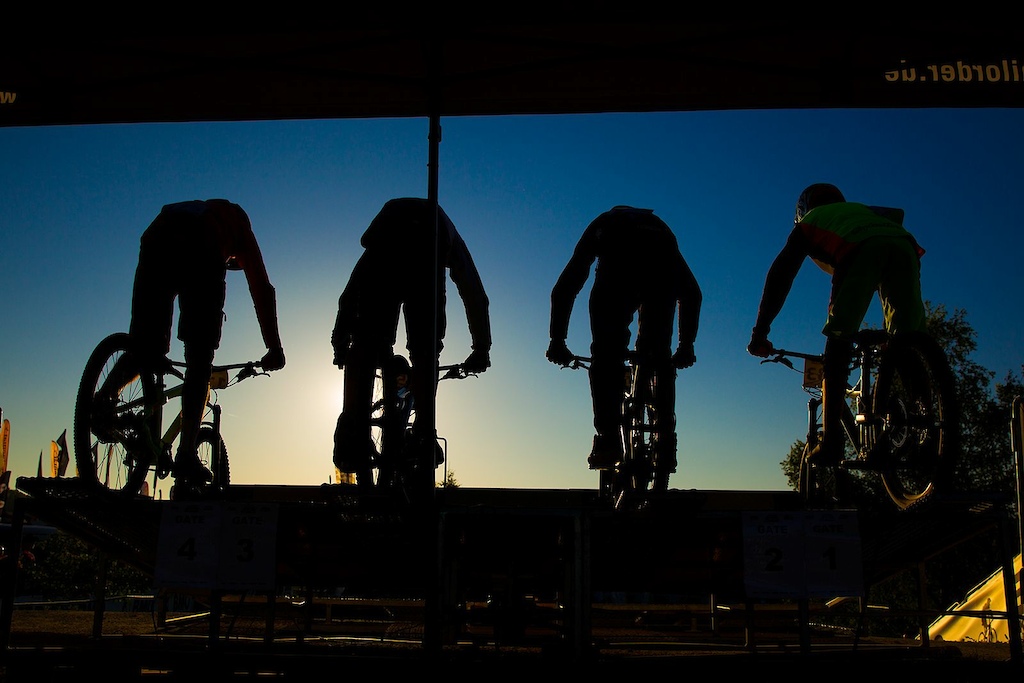 Riders ready? Photo: Charles A Robertson
Dobřany, Czech Republic, will take the riders back over to the east of Europe on July 9th. Another flat out track that has proved itself as a great spectacle when hosting two rounds of the European 4X Series in 2018 and 2019, as well as its inaugural round of the 4X ProTour last year. 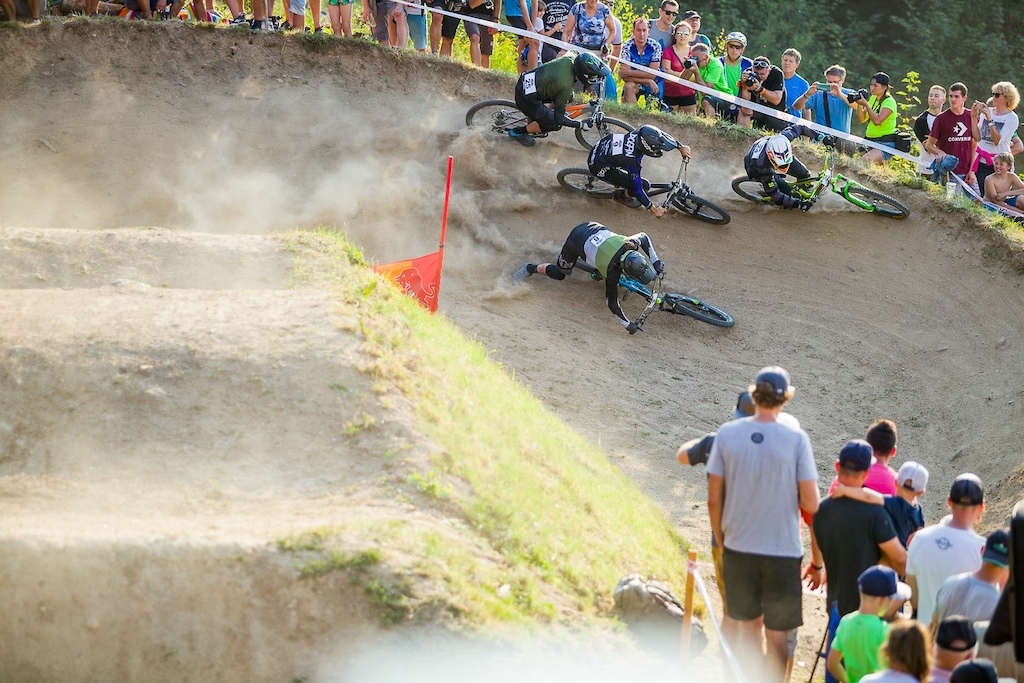 Expect big moves in 2022 Photo: Charles A Robertson
There is no doubt that JBC 4X Revelations, will continue to prove itself as one of the wildest events on not only the 4X calendar but on the international MTB calendar. Jablonec nad Nisou, Czech Republic will host the legendary event and round 5 of the series on July 16th. Built by three-time World Champion, Tomas Slavik, both riders and bikes will be tested to their limit.

The series will conclude on August 13th at a new venue to the series, MSV Diehloer in Eisenhüttenstadt, Germany. The course that was built by seasoned 4X racer, Klaus Beige, has already seen some high energy racing action, back in 2016, hosting the 2016 German 4X National Championships. This event will be held in conjunction with the 2022 German 4X National Championships and will be an exciting finale to the 2022 4X ProTour.

2022 is the 10 year anniversary of 4X ProTour. Something we are very proud about. We believe Mountain Biking is a better, more rounded sport with head to head racing included. We are thankful that PinkBike agrees and for all their support in our first 10 years.

Here’s to many, many more years of showcasing our favourite discipline of MTB with PinkBike.

jonas-stadler (Nov 11, 2021 at 0:38)
Didnt the UCI tell us that 4x is dead? Beacause of the "EnViRoNmEnT". Sick to see somebodey else organise some form of tour.

kannamerano (Nov 11, 2021 at 0:42)
What I think is that it's a pity not to visit América or Australia-New Zeland, where we see there are plenty of good riders. I also understand that if there are no organizers there is no race, and that makes me sad, even if I live in Europe

PauRexs (Nov 12, 2021 at 3:05)
There is no actual picture about Propop making the greatest overtaking of all times??...
Take note 4X protour... A huge wallride on each corner instead of huge berms (bmx) and you´ll won the show...
Surprising with as many freeride stuff I think is the key so getting diferenciated from bmx as much as possible and forcing riders to ride full susp...

vinay (Nov 11, 2021 at 0:30)
Pretty sure that if the vibrant 4X crowd in a country on a different continent wants to host a round, the 4XPT organizers would be open to add it to the series. Is there a 4X race you had in mind?
Post a Comment