Join Pinkbike  Login
The first World Cup of the season is always rife with anticipation and saturated with intrigue. New bikes, new teams, new kits, new colours, it's all a shot in the arm after a winter spent in the gym and behind a computer screen. Some opening rounds, of course, are better than others and can set the tempo for the season or even years to follow. Unfortunately, we didn't get to see Lousa's flavour of World Cup opener this weekend, so to make up for it, here are 5 of the most memorable in World Cup history.


All eyes were on the Santa Cruz Syndicate at Lourdes in 2017 as they dropped a 29" diameter bombshell on the sleeping World Cup circuit. It wasn't as refined as the 29" downhill bikes we see today, simply new aluminium links and stays mated to a standard V10 front end with some angle-adjusting trickery to keep it in line with downhill bike geometry, but it was certainly fast. Qualifying saw the Syndicate claim 1st, 3rd and 6th and they seemed poised to christen the new wheel size standard with a victory. 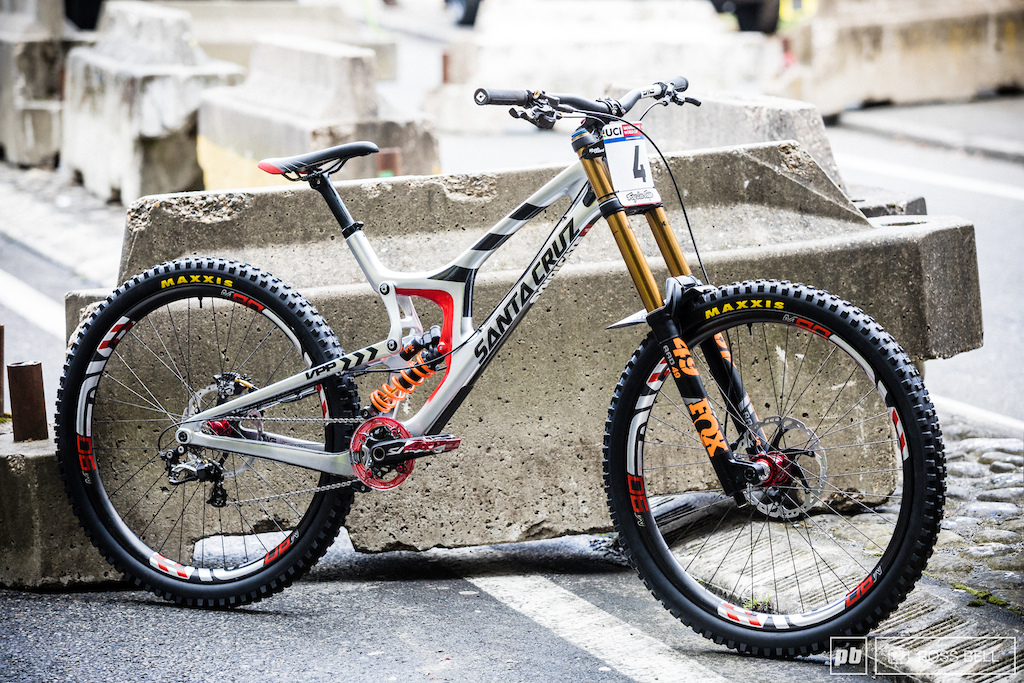 Mother Nature had other ideas though. A weather warning saw some team dismantling their pits before racing even began and while the women were able to get their race out of the way under clear skies, a howling wind was ripping across the mountain by the time the men's final came around. Alex Fayolle made the most of the conditions to put down a scorching run to find himself in the hot seat as the heavens opened. The track turned to ice and the remaining riders had to enter survival mode and nurse themselves down a track that rapidly turned oil-slick.

The 29er had to wait another month before claiming their first win, but the notoriously wild French fans didn't care as they were able to celebrate their first male winner on home soil since 1998.


Pietermaritzburg was never the riders' favourite track thanks to its mid-course flat sprint, but it definitely provided some dramatic racing and technical innovations throughout the years. On its red dirt, we saw dropper posts being used in downhill for the first time, modified trails bikes claiming World Champs medals and debut wins for future legends of the sport. 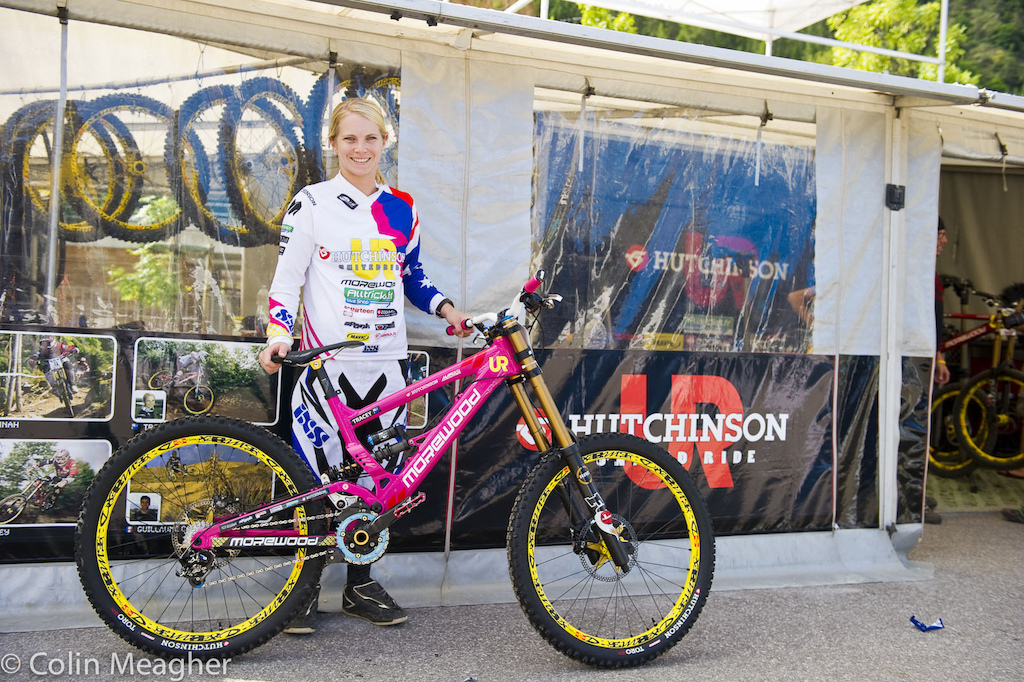 In 2012, it was Tracey Hannah's time to shine after returning to World Cup racing after a 4-year hiatus. Hannah was forced to turn her back on the sport in 2007 after she wasn't able to find a program to support her racing at the end of the season. She returned to Australia but found motivation hard to come by after racing around the world, so she quit and went to work in a sand mine - dredging up sand to be scoured for minerals.

After 4 years, the hunger returned and she returned at Pietermartizberg on (South African) Morewood's bikes. It was a winning return as she channelled four years of frustration into a full-throttle run. It was a successful day for the Hannahs all-round as Mick also claimed a podium with a 3rd place in the men's race.


Early season racing can mean bad weather and Maribor delivered that in spades in 2010. The winds were so strong that the gondolas were sitting at about 45 degrees on the lift line and had to be closed. Fraser Britton reported at the time: "Practice was delayed until buses were brought in to shuttle with and riders started to stress as the larger team vans were loaded up and headed to the top on the rally road, err shuttle road. It went from annoying to bizarre pretty quickly as a wedding was also taking place at the resort and a procession of minis had the shuttle road completely blocked for a few minutes."

Performance of the day might just go to Sam Hill though, who had this crash in his race run and still finished 5th:

The first British World Cup, the first British women's World Cup winner, the first-ever 4X World Cup, Fort William set a lot of records when it hosted its first race in 2002, but it will forever be remembered for one run - Chris Kovarik's 14-second demolition of the men's field.

Plenty of parts of the Fort William track are recognisable today from 18 years ago, but the drainage and hardpack gravel was noticeably absent. The track proved to be a huge challenge to the riders who were seeing the features for the first time and had to contend with boggy sections and some torrid conditions, including snow through some parts of the weekend. It didn't take long for the Fort William track to cement itself as a proper challenge for riders.

Of course, everyone points to the skinsuit for Kovarik's run that weekend, but by on all accounts, he was on a tear with or without it on. The Aussie told Dirt Magazine he went so fast because he wanted to get out of the bad weather and get the skinsuit off but the truth is he probably just had one of those special runs most downhillers dream of where everything just comes together.

The World Cup teams came to a gentleman's agreement later that year to not wear skinsuits until they returned at Fort William in 2008 on the Fox Mojo team. The UCI banned them officially at the end of 2008. 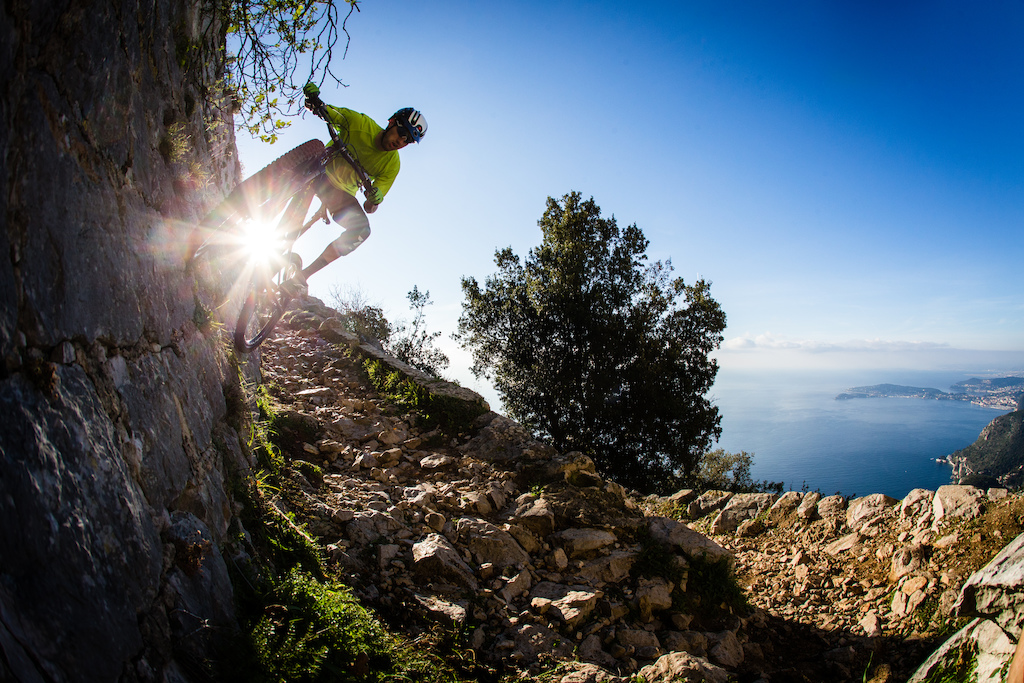 Florian Nicolai riding Cap D'Ail in 2016
The race that started it all. The first Grundig in 1992 was the birth of downhill and rightly deserves to go down on this list for that reason alone. Riders from North America and Europe all descended on the hillside above Monaco but it was a local teenager that took the win. Was it home advantage? Hell no, it was Nico Vouilloz who at 16 years old was already showing the incredible rider he would become. Unfortunately, there isn't much footage or photography from that race but it kicked off our favourite sport in fantastic style.

Floho (Mar 26, 2020 at 5:26)
Don't forget about 2012 in South Africa that Greg Mianaar won the first race of the season while his father was crtically ill, just woken up from an induce coma, and his sun won a race in his home town. Rob Warner talked to his family about it in a red bull video too.