Join Pinkbike  Login
Bernard Kerr won Red Bull Hardline over the weekend to wrap up his best race season to date, taking the top spot on the podium after hurtling down a brutal action-packed course. Coming in 00:02:40 seconds ahead of the next contender, Ruaridh Cunningham, Kerr made a course that scares most people just to look at, much less to ride, look like what he eats for breakfast. What an animal! Kerr finished Hardline in first place after taking 5th overall in the UCI Mountain Bike World Championships for downhill where he was an eleventh-hour inclusion on the Great Britain team after Gee Atherton sustained a shoulder injury at Andorra. 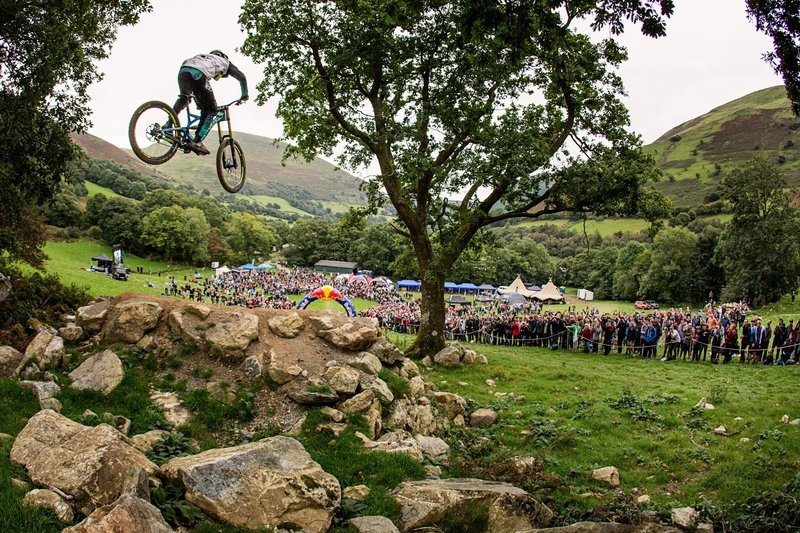 Now that you've been home for a couple days, have you had a chance to relax and see friends and family now that the season is slowing down?
A little bit, but there's still so much to do. I have to empty the team van, set stuff up for Interbike, write a race report and put things in storage so it doesn't get stolen whilst I'm away.

You've got to be happy about your result at Worlds, especially given your last minute inclusion.
Yeah super happy with Worlds. I knew I would be a strong contender there if I had the chance and once I did I knew I had nothing to lose.

And now you’ve taken the title for Red Bull Hardline! Do those tracks compare?
The tracks couldn’t be more different…Val di Sole literally has no jumps and is super rough all the way down, whereas Hardline does have some let up in between the big jumps with smooth flowy turns, although some of them do lead into rocky chutes! They couldn’t really be further from the same thing…Hardline has a lot more flow and a lot less braking bumps! 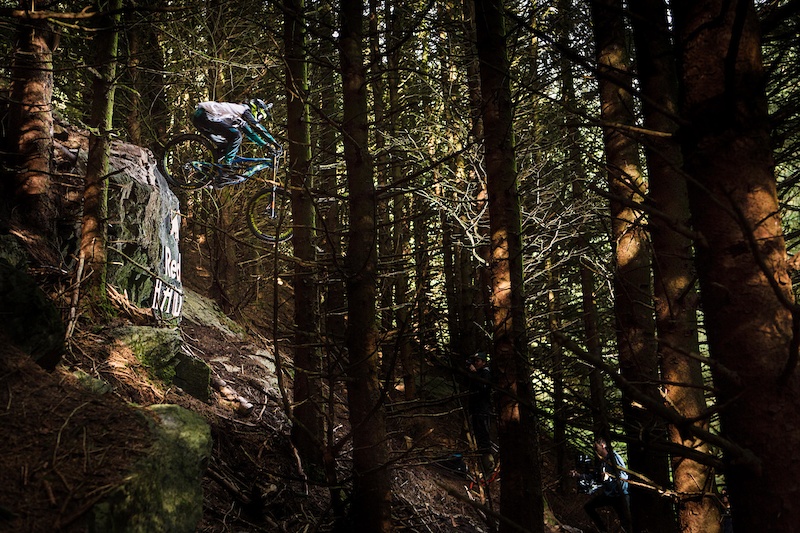 What was your initial reaction when you walked the course for Hardline this year? People have been saying it was a big step up from previous years. How was your practice run?
Yeah, I was a little nervous for sure with the big metal ramp but the rest was actually really good. They had added a load of little ruts and catch berms that helped the course flow a lot. The first practice run was awesome with all the boys just sessioning each jump and pushing each other to hit the next big feature…the vibe was unreal!

So it's a pretty supportive environment? You guys keep each other motivated?
Yeah it's crazy really, all of the guys that you are normally trying to beat at World Cups are all helping each other out and towing each other into the big hits...really just feeding off of each other! 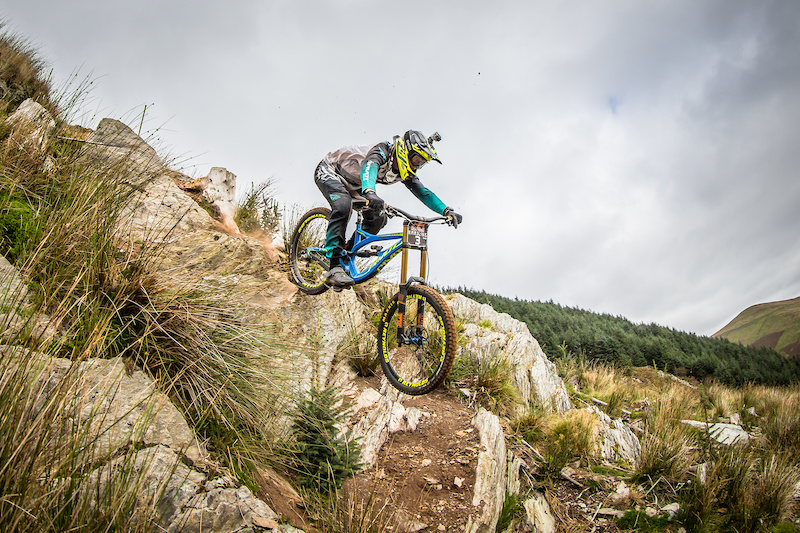 How many seasons have you been on Reynolds wheels now? Any standout attributes to the wheels over others you have been on in the past? How'd they feel on the Hardline track?
I've been riding on Reynolds wheels now for 3 seasons and can’t see myself going anywhere soon! I love the sound and feel of the wheels and how on the wheel you can just pump straight back up to speed after a turn or technical sections. The wheels at Hardline were one of the best things. Having stiff carbon wheels going into massive compressions up the jumps and then again when you land really help and give you the confidence to push your bike!

Try out Reynolds Carbon Wheels on your own bike with no obligation to buy. 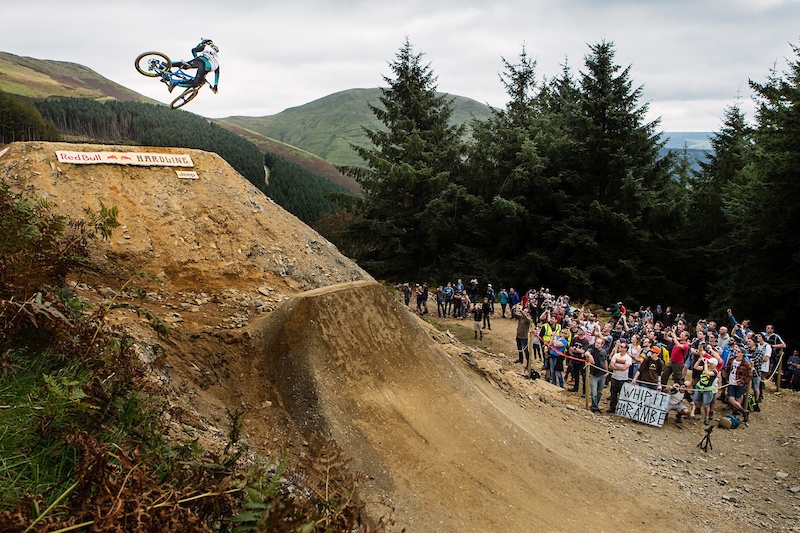 Ohlalaa (Sep 23, 2016 at 14:09)
that reynolds plug was so shoehorned in there... nothing against advertising, but this stinks so bad i think it might actually be considered bad publicity.

beatjumper (Sep 23, 2016 at 14:01)
seasoning jumps is very important, although i often leave them too salty

jaame (Sep 23, 2016 at 16:47)
Loved it! I even rewound it a couple of times to show my daughter that a lot of other people care about Harambe. She was very upset about what they did to him. It's good for her to see that she's not alone in mourning.

bcamapgnolo (Sep 23, 2016 at 22:52)
I love the hardline live camera coverage. The editing and hand off between cameras was spot on, and the zoom / focus on the long lens was well done. I wish we got this type of coverage on all down hill events. I seem to remember Dan mentioning something somewhere about Hardline being about the track and the spectators and the riders. I think it's a great balance of what the sport should be. I think every bit of the course was covered.

OrangeGoblin (Sep 24, 2016 at 16:00)
Yeah, was enjoying it until the jarring last question. If the question had been about all of his kit and he'd happened to have mentioned the carbon hoops holding up I'm not sure if have noticed but mentioning the specific product in the Q was really odd. Made it stand out way more. Sponsored or not it's just badly done. Only my opinion obvs.

metaam (Sep 24, 2016 at 1:30)
Nice to see Bernard getting some great results, love his style. Bumped into him when riding Surrey Hills a couple of years ago, he came across as a thoroughly good bloke.

Rubberelli (Sep 23, 2016 at 19:01)
Might have been nice to ask how he set up his suspension and air pressure rather than asking if he has had time to relax.