5 Things We Learned From Crankworx Rotorua 2020 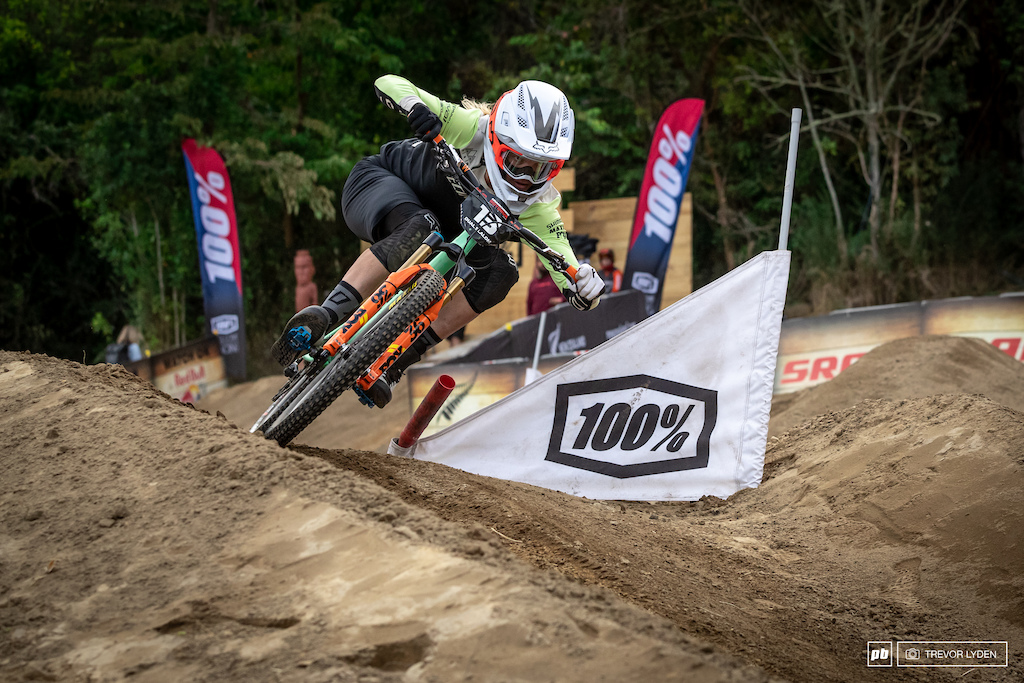 After a week of incredible competition that kicks off the international racing calendar, here are five things we noticed from the sidelines.

Her humongous 24-second winning margin is not the biggest in Crankworx history (that honour goes to Morgane Charre who battled through the bog to win by 25 seconds in Les Gets in 2016) but it underlines her dominance over the rest of the field. While some of the other top ladies didn't take the start-line, a commenter pointed out that her run was closer to being in the top ten of the men's race than to being second in the women's. 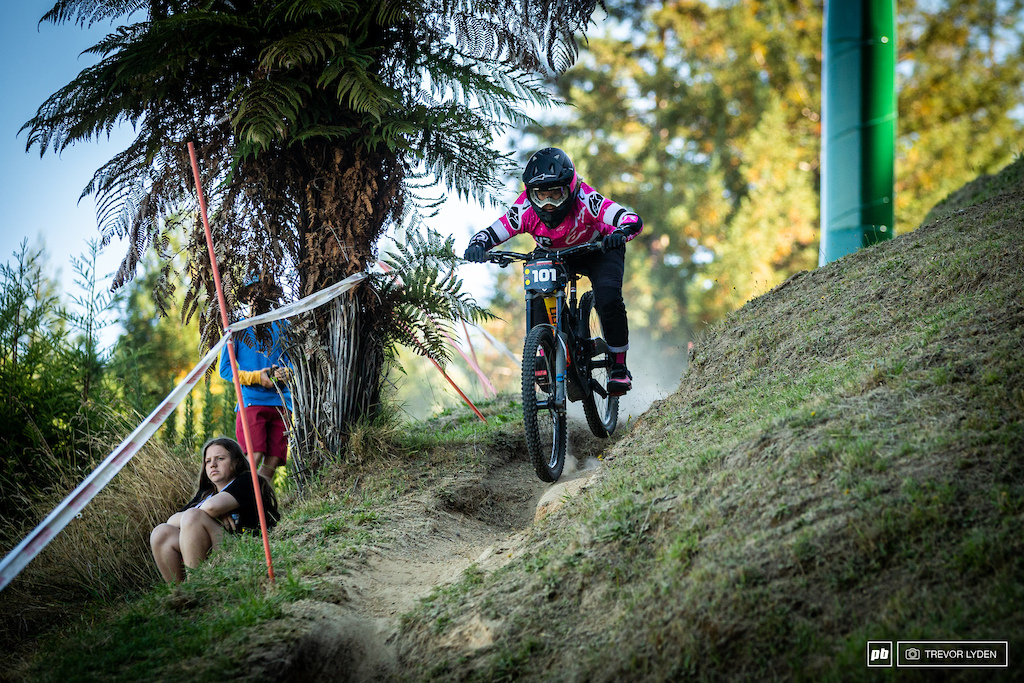 Her brother Mick on the other hand, hasn't won at Crankworx Rotorua before so it was awesome to see the 36 year old kick off his 2020 season with a strong result. Someone correct us if we've missed one, but Tracey and Mick haven't both won an event since their Elite Downhill wins at the 2013 Australian National Championships, where Mick beat out Jared Graves and Sam Hill for the win.


2. North America brought its A-game
Excluding slopestyle and downhill, the Crankworx core events were dominated by North Americans this year at Crankworx. While 2019 saw Keegan Wright, Thomas Lemoine and Billy Meaclem battling out for the wins, this year it was all about the athletes from the other side of the Pacific. Jill Kintner and Jordy Scott battled through most of the events on the women's side of things whereas Bas Van Steenbergen and Kyle Strait both enjoyed success in the men's competitions. The dominance is reflected in the King and Queen standings where only Sam Blenkinsop stopped North Americans locking out the top 4 positions in each ranking. 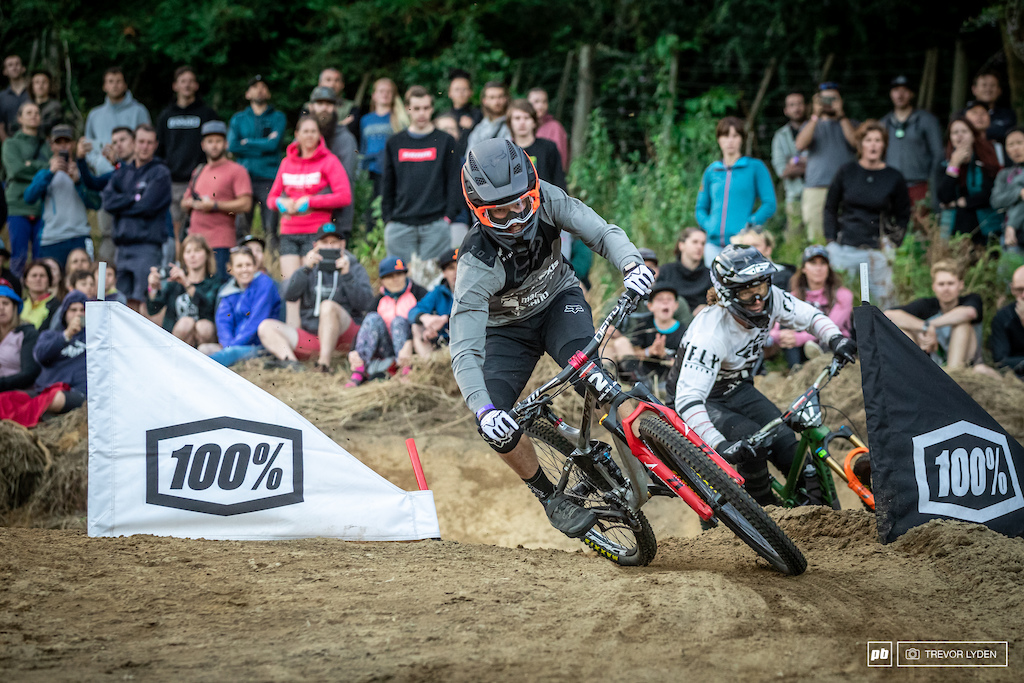 3. Jill Kintner is back to her winning ways
Jill took a huge step towards re-taking her Queen of Crankworx crown as she returned to the festival after a year's hiatus. She didn't finish outside the top 3 in any event she took part in, and came away with a haul of 420 points, 135 points clear of last year's queen Vaea Verbeeck. Last year, Verbeeck collected just 624 points over the three events to claim the crown, meaning Kintner could already be well on her way to the cash prize. 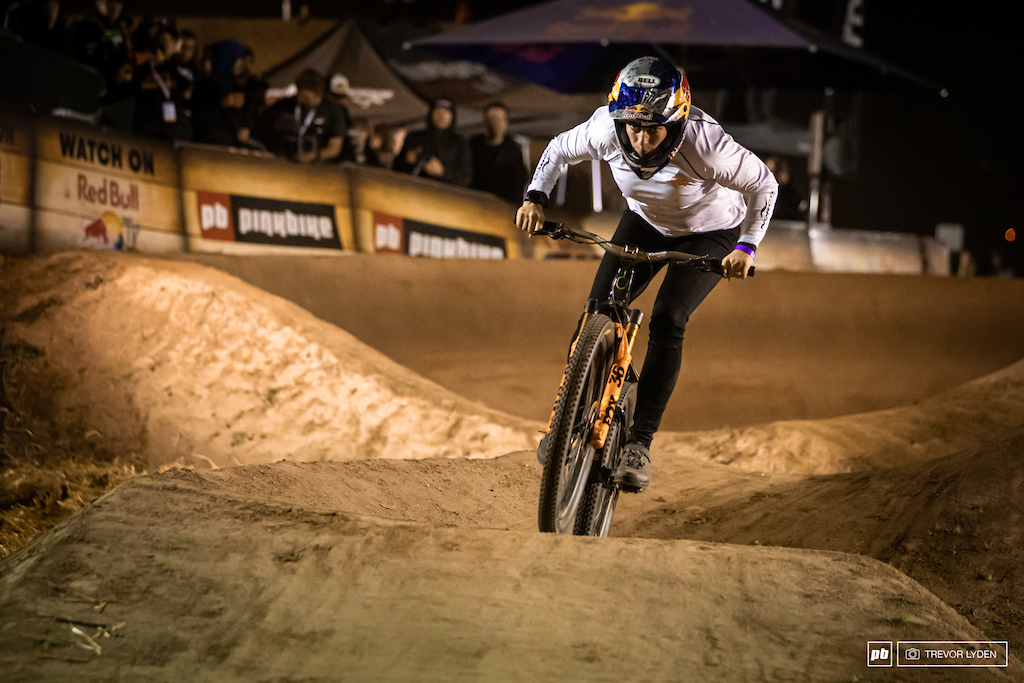 4. COVID-19 began its effect on competition
Torquato Testa was confined to his room in self-isolation after New Zealand's Health Authority updated its guidelines about visitors from Italy and Korea. Despite there being no restrictions when he flew to New Zealand, Torquato was still caught out as the guidelines were updated in reaction to the spread of the disease. We've now seen some major races cancelled in March and when you add in-flight restrictions and lockdowns we may only be beginning to see the full effects of this virus play out. 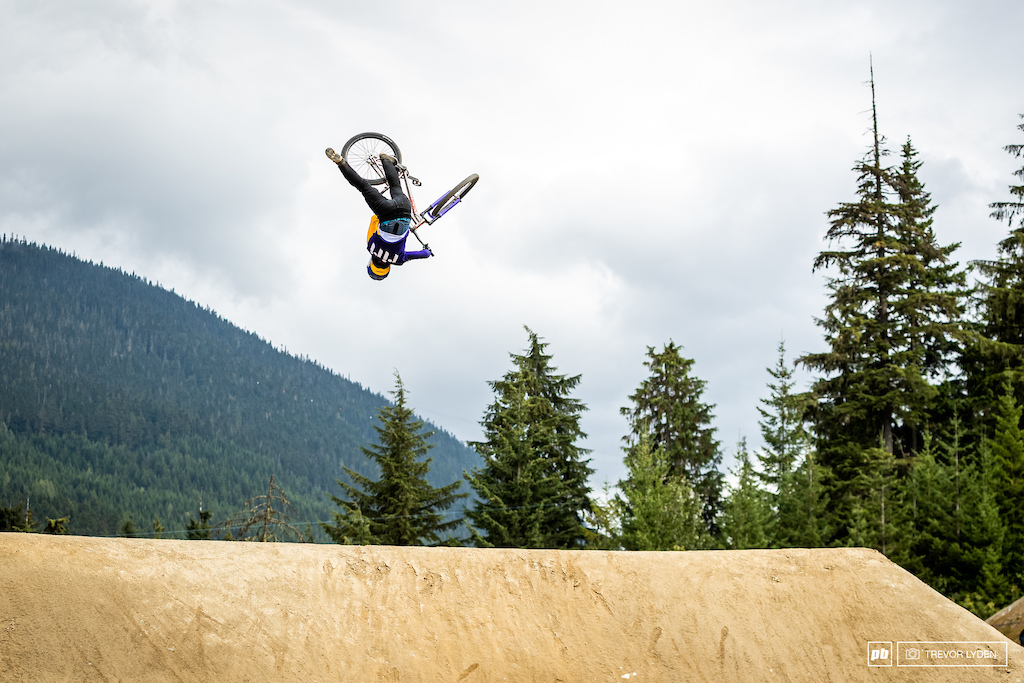 5. The Next Generation is Here
Crankworx has always been a great launchpad for young riders to beat the top riders, just look at Finn Iles winning the Whip Off in 2014 or Billy Meaclem taking names in Rotorua last year. Jackson Goldstone has been a household name in mountain biking since, well, kindergarten, but this year was the 16-year-old's professional debut at Crankworx. He's been chomping at the bit to get his shot at a Crankwrox event and he made it count with a Whip-Off win in difficult conditions. 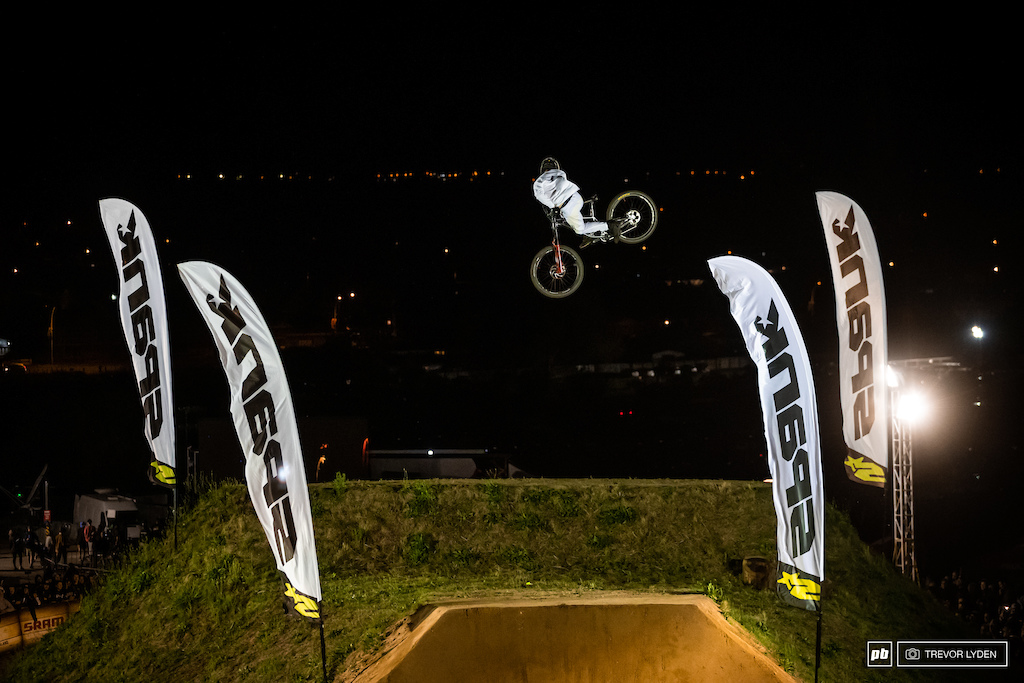 On the ladies' side Jordy Scott, 18, took her first win in Whistler last year during the women's Speed & Style, but she backed that up in front of the Rotorua crowds with wins in both Speed & Style and Pumptrack. Notably she took the pumptrack win over Jill Kintner, and she now sits 3rd in the Queen of Crankworx standings.


And on that note, let's finish things off with a look at Emil Johansson's epic slopestyle win. We didn't learn much because we already knew he was a wizard, but this is possibly the greatest slopestyle run of all time.

Should be rewritten to:

Looking at all the troll account dicks around here lately!

Socket (Mar 13, 2020 at 13:53)
"Excluding slopestyle and downhill, the Crankworx core events were dominated by North Americans this year at Crankworx"

So in other words, excluding the actual core events...

cgreaseman (Mar 13, 2020 at 12:51)
"Kicking off the intenrational racing calendar" lol. What calendar? Almost all the big events are cancelled through March into April. Watch out for Pinkbike at your local weeknight races!

T4THH (Mar 13, 2020 at 13:49)
Pinkbike better be showing up at the Highland Hardline youth DH series of northern scotland or I'll be dropping a downvote

greenmind8 (Mar 13, 2020 at 13:45)
Number one by a long shot is Jill. No one even close to her in total domination of that event. How many bikes did she pack over 4-5? To get ready for each event and then podium is an incredible feat!!

MrDrynan (Mar 15, 2020 at 1:41)
Because srsuntour are a taiwanese manufacturing company and their good at making stuff but poor at marketing.

salespunk (Mar 14, 2020 at 21:51)
This will be the lost year. The season is dead for almost every sport including cycling, most just haven't admitted it yet. We are only at the beginning of this outbreak and it isn't going to slow down for months. By then people will be so freaked out that they will overreact by cancelling the entire year.

simonusedtoskate (Mar 14, 2020 at 1:44)
6.. crankworx dh coverage is still f’n terrible.... is it cos they use half the available cameras to film the presenters?

jrocksdh (Mar 14, 2020 at 20:17)
learned that the playback didnt work.
Below threshold threads are hidden

onemanarmy Plus (Mar 13, 2020 at 13:09)
1. The Hannah's killed it but maybe the current champion doesn't really need to rain on everyone's parade at Crankworx?

2. North American's killed it. BAS was definitely the fastest dude out there in many events. But he made mistakes at the wrong spots. Meechum is turning the corner as well. And Greg Watts is looking real good. Jordy crushed it. She's definitely gonna be a force for awhile. Nice to see some new blood. Curious how points would have played out if Hines didn't get taken out in Speed & Style... how about talking about how that event is finally here for the women but was a bit of a shitshow.

4. COVID 19... how about we get some information on how it's gonna effect things moving forward.

5. For me I would have skipped this one because we have young people coming up every year. What about talking about Slopestyle... Emil is basically telling the world no one is going to beat him while he's healthy. Fedko showed up huge. O-Bro looked good in his first go. Rheeder is gonna have to learn some new stuff if he really wants to compete at Joyride. Rogatkin will have to do some oppo tricks if he wants to beat Emil. Etc. Tommy G looked savage before the off.

azogas413 (Mar 13, 2020 at 13:47)
@onemanarmy By "rain on everyone's parade", you mean entering a pro level DH race in the elite class with other elite riders and competing against them? Honestly, if I was one of the other riders competing against Hannah, I'd feel pretty disrespected by your comment as if they needed someone to have pity on them.
Post a Comment