6 Things That Didn't Happen in the Bike Industry This Month 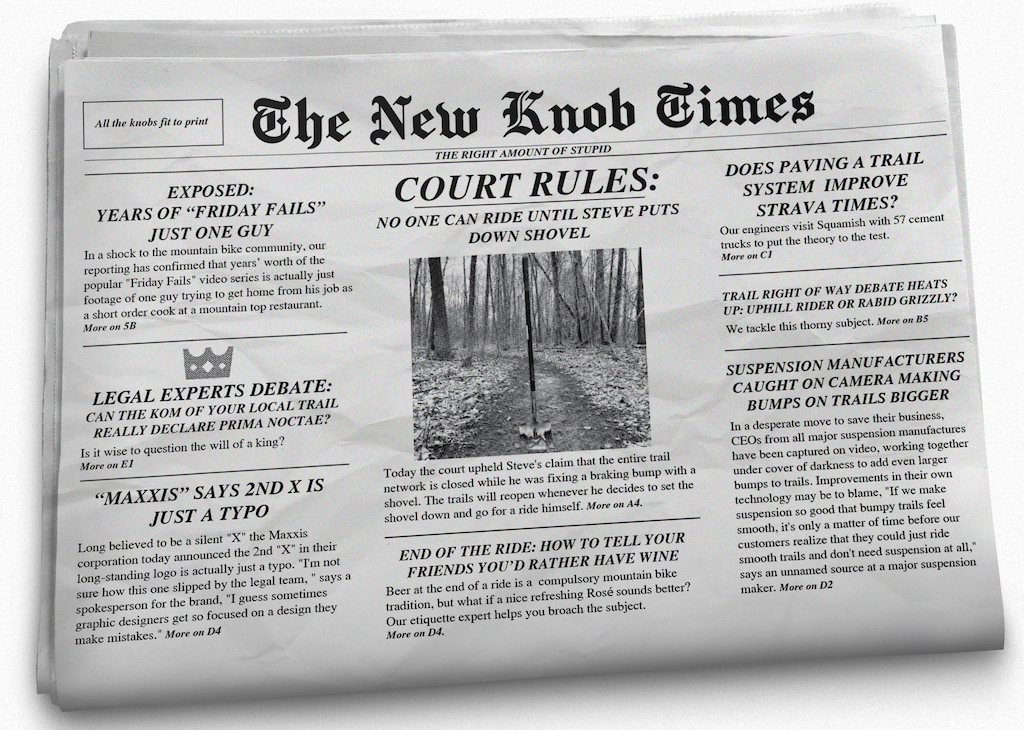 Join us as we take a look at things that definitely didn't happen in the bicycle industry this month. 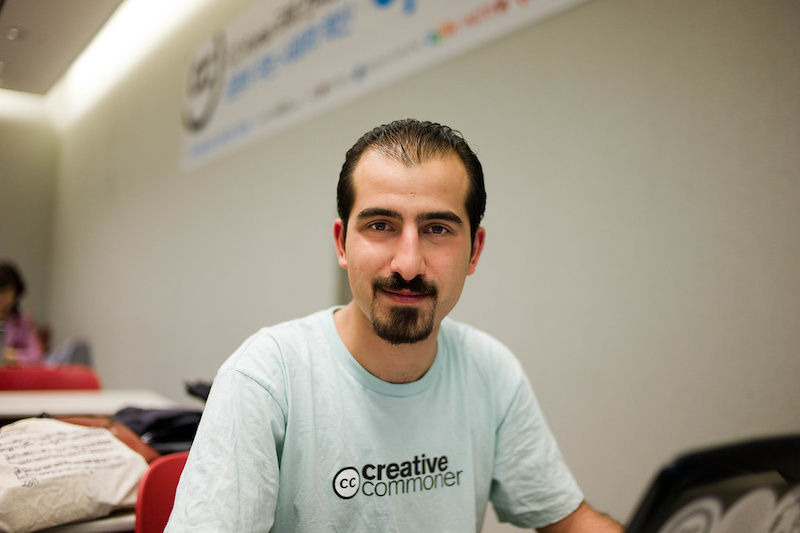 Dustin Timbersnake, 38, of Ontario and a keen intermediate rider, was both shocked and dismayed to find out that changing between flats and clips doesn’t actually make that much difference to his riding.

An unnamed source close to Timbersnake stated that “Dustin has really hit rock bottom with this. He put all his eggs in one basket and thought flats would offer a transformative change. It’s hard to explain to him that what's actually holding him back is his lack of basic technique.”
Timbersnake was unavailable for comment but rumours suggest that he’s pinning all his hopes on magnetic pedals, and will take no steps to address his poor bike handling until every other avenue is explored.

Ignoring the ‘R/L’ of Socks Reduces Performance by up to 87%, says Big Sock

Concerning news this week as Big Sock representative Gareth Yoghurtbottom warned that riders are “letting themselves down” by not taking the time to make sure each sock is going on the correct foot.

Yoghurtbottom, who also has a background in Medium Upholstery, let on that most riders are “just giving 87% of sock performance away" by ignoring the simple Right and Left markings.

“Do you think we do it for fun? Do you think that we would do it if there weren’t colossal gains to be had? Of course not”. During the course of the somewhat rambling address. In addition to covering such topics as the “perfect toe-length-to-foot-size ratio,” Yoghurtbottom also made outlandish comments which covered many disciplines of cycling. “Armstrong? An orchestrated doping ring with a calculated sophistication the sport had never seen? Yes. Correctly orientated socks? Also yes! I mean, I know what I think made the bigger difference. Nico Voulliouz? He was the sock master! Sometimes, if he knew a course had more left turns than right he would double right-foot sock. The man’s a twisted genius but he always kept it very closely guarded." 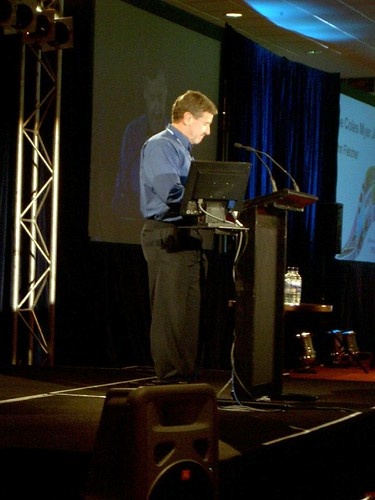 Gareth Yoghurtbottom pulled no punches in a fiery and far ranging address.
"In our research, nearly 62% of instances where riders case jumps do so because they have their socks on the wrong way around.” 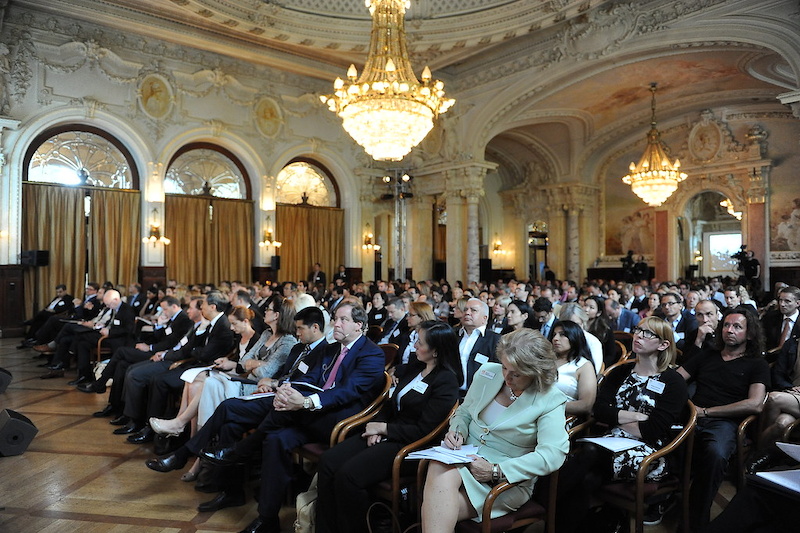 Just some of the bicycle industry-funded professional lobbyists at a 2018 dictionary conference.
After Successful Lobbying by Bike Industry, Official Definition of “Affordable” Set to Change

After years of aggressive lobbying in the high literary circles of prestigious universities, the bike industry has finally been successful in its wish to officially change the definition of the word “affordable”. Both the Oxford and Cambridge dictionaries will take on the new meaning as of 2022.

An Ohioan family has revealed that their son, 14 year old Dominic, is a confirmed absolute loser after he failed to impress on the family bike ride. The Oetker family were horrified to find that their son's riding failed to reflect any of the awe-inspiring stunts he insisted on showing them on the internet.

Dr Harry Oetker (no relation to the frozen-food titan) says that Dominic failed to even do anything close to a backflip and was happy to “essentially fall off a small log in an almost controlled fashion.” 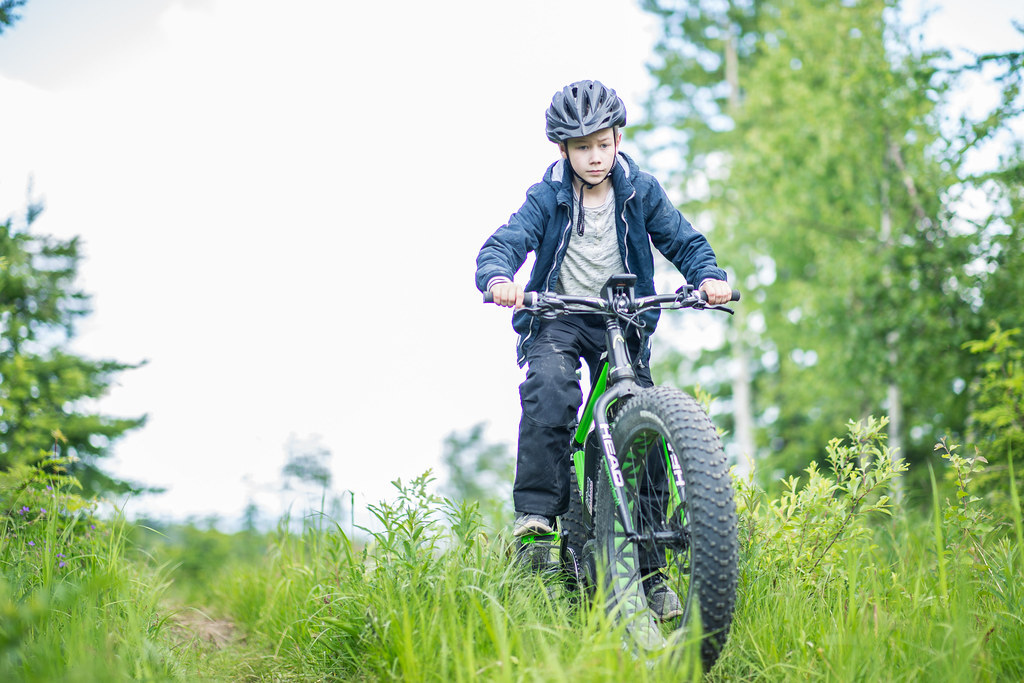 Just look at him. Having fun and getting exercise, like a loser.
Dr Oetker’s wife, confusingly enough also a doctor, is in a state of grief and has still come to terms with the fact that her son is an absolute loser. Dr Jasmine Oetker (again, no relation to the pizza people) said that it was the realisation that she would never have grandchildren that was most profound. “Honestly, Dominic can’t even wheelie and his little hop things were pathetic. It's been four days since our ride and my face still hurts from cringing at his attempted wheelies. Who will ever want to procreate with him? Nobody, that’s who! His riding is essentially the world's most potent contraceptive. What’s worse, is that a lot of Dom’s school friends were under the impression that he wasn’t an absolute loser. Naturally, I rang the school to inform them. I’m just glad my mother isn’t around to see this”. 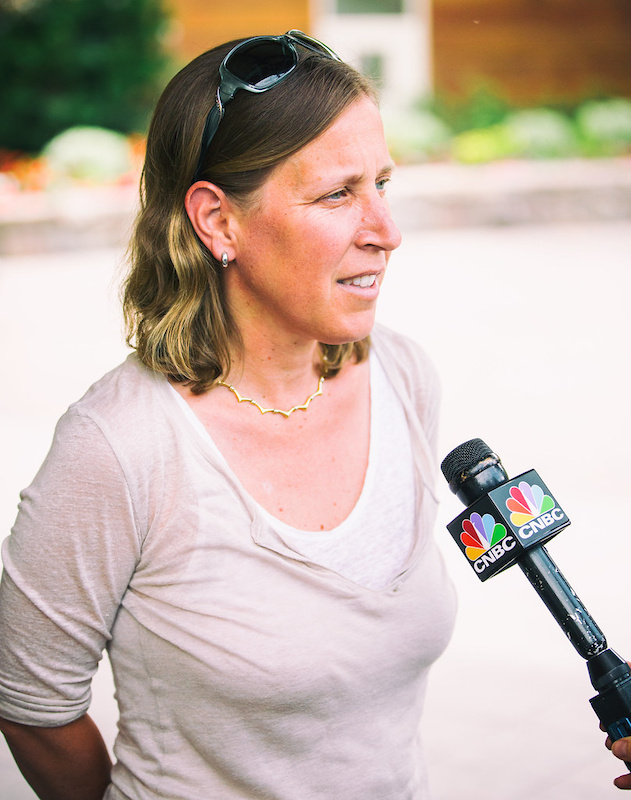 Susan Wojcicki, the CEO of Youtube, gave an unguarded plea for the uptake of more Wheelie tutorials on the video uploading mega site. She explained that it’s been one of the biggest sources of revenue over the last 12 months.

Wheelie how-to videos, which make up 60% of the website's total traffic, have seen a shortfall in production as European riders can look to enjoying more riding as lockdown restrictions might potentially ease in the summer months. Wojcicki says that without the views, Youtube may have to increase the number of ads it shows—an unprecedented move they've never considered in the past.

“The views from wheelie videos built my house! Well, not my first house, or my second, those were because we don't pay much corporation tax. But wheelies built my third house!”

“We honestly never thought the absolute gold mine that is wheelie videos would never dry up but what if the rush is over? Maybe it’s for the best. We’re really hoping that the “bunny hop upsurge” that’s being touted by Wall Street will really deliver.”

A British woman has seen her £7000 evaluation of her bike not translate into a quick sale. The bike, a 2014 Kona Operator, utilises mismatched ‘custom’ componentry and fields seven different variants of anodised orange but is yet to find a buyer.

Hannah-Anna Pethrington, 24, from the West Midlands, feels that the right buyer is just around the corner. She explains “Well, I bought this bike second hand for £3000 four years ago. Since then, I’ve spent at least £1500 on new parts, but they were all second hand too so they were really worth more like £3000. I put them on, so you have to factor my labour in, and by my calculation that makes the bike worth around £7000ish. I would go down to six, at a push, but really, I can’t imagine a world where I don’t at least break even." 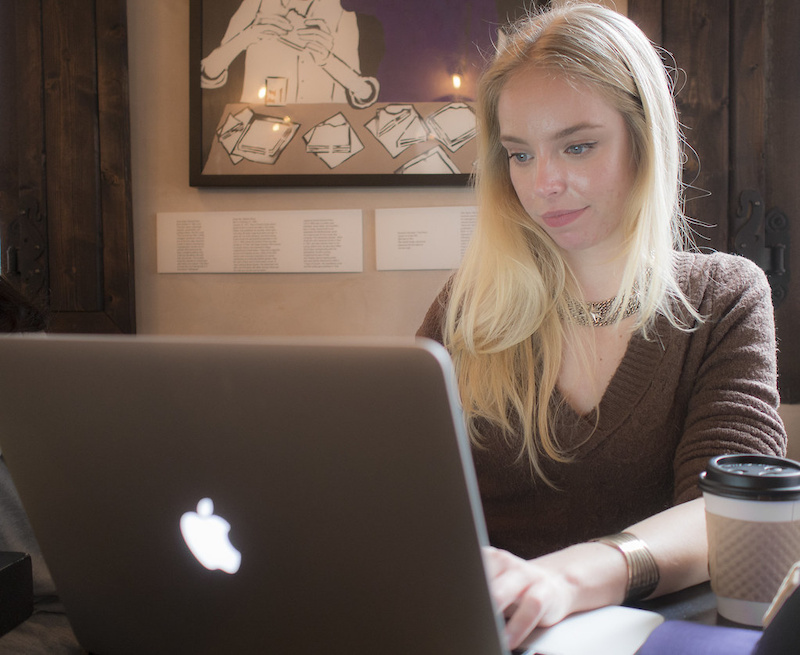 Pethrington sources all her parts online. All of them certainly add value.

No fun Editor's note: I want to think we don't need to say this, but just in case, we're only joking.

kev-bike (Apr 30, 2021 at 10:28)
agreed! this is high quality content. more laughing at ourselves and the silly industry please! we're riding bikes for f's sake, not curing diseases.... ..........but riding bikes is a socially distanced activity which can help slow the spread of disease. aaaaaaaaand, bikes save the world. alright back to work.

mammal (Apr 30, 2021 at 10:28)
Same for me with gloves. Just flip one around and enjoy the tactile feeling of abrasive nylon under one palm.

TheR (May 1, 2021 at 6:59)
No joke — I received an email this morning from Competitive Cyclist. Subject line: Sock Doping is Back. In the email: “And since there’s no denying the competitive edge of a dialed sock game...”

Immediately thought of this article. There’s a fine line between reality and satire.

Tim2 (May 1, 2021 at 6:30)
I really wish they hadn’t put that disclaimer there. Chances are it wasn’t needed but even a small chance of hilarious ridicule of people with no sense of humor in the comments section is better than none at all.

Jmac888 (Apr 30, 2021 at 13:56)
Brilliant, love it! Make this a regular (monthly?) segment! Henry is hilarious and we need to remember not take ourselves too seriously sometimes! As Kazimer says “its just bikes” at the end of the day

brianpark Mod Plus (Apr 30, 2021 at 14:09)
The salt mine that is mountain bike media has a lot of pent up satire, so this will probably end up being a monthly feature.

Dropthedebt (Apr 30, 2021 at 10:24)
Susan Wojcicki then setup a foundation with the goal of promoting "free expression of wheel size" which presented the very same Susan Wojcicki with... The Freedom of Expression Award.

FloridaHasMTBToo (Apr 30, 2021 at 14:03)
The Freedom of Expression Award, given to the Big Tech CEO that can suppress the most right leaning voices in one year. I think Jack Dorsey is next year's contender.

Bobadeebob (Apr 30, 2021 at 11:21)
Great addition to the pinkbike team! Also, I am currently toying with the idea of changing from one type of clipless pedal to the other. I am also transferring my multi tool from a frame bag to inside my pump. I fully expect to be significantly faster once both of these changes are made.

ggerrard7 (Apr 30, 2021 at 11:48)
Totally unexpected but absolutely brilliant. Love the influx of British humor into the MTB culture. We take ourselves too seriously!

(Check out The Hard Times on their site or on Instagram. Damn funny.

BigMulaCeazy (Apr 30, 2021 at 10:18)
Spoiler: it is not wise to question the will of the king, and legal experts would be best off tending to their paperwork and wigs.

Warburrito (Apr 30, 2021 at 17:13)
@CamNeelyCantWheelie: ...only to find out it was really just a Zoom fork from AliExpress with Fox stickers attached to it.

Ajorda (Apr 30, 2021 at 17:33)
If you all like this kind of stuff and want to take the humor a little further. Check out Gnarcouch. They're some really funny SOBs based out of Salt Lake City.

panchosdad (Apr 30, 2021 at 15:19)
The real estate world will appreciate having affordable re-defined as well.

AustinsHardtail (Apr 30, 2021 at 19:49)
C'mon guys, you've all been had by big sock again. They purposefully label the socks the WRONG way, so their sponsored athletes win more. Wake up. We can do better.

dolface (Apr 30, 2021 at 10:51)
That was hilarious! Also Dustin Timbesnake is pretty much me which makes it even funnier.

catfish9797 (Apr 30, 2021 at 23:01)
@Tajlucas That feudal first night rights headline in The New Knob Times was fantastic, Beaumarchais would be proud!

mexicanoportugal (May 1, 2021 at 4:11)
Hahaha pinche Henry - you had me laughing uncontrollably in your section on 'Dom'.

Tim2 (May 1, 2021 at 6:35)
This was brilliant. Probably hard to maintain the quality as a regular feature but I fully encourage you to try.

superfastzellyfish (May 1, 2021 at 7:19)
This is brilliant! Don’t know when I read something this funny last. Love the Youtube wheelie stab! 60% of traffic hahaaa

suspended-flesh (Apr 30, 2021 at 13:35)
“The problem with the world is that the intelligent people are full of doubts, while the stupid ones are full of confidence.” - Charles Bukowski

Lankycrank (May 1, 2021 at 15:05)
@DylanH93: I think it's useful to share that some content didn't appeal to you – as long as you stay courteous of course. Good for the editors to know the full range of feedback. As long as it is constructive feedback.

DylanH93 (May 1, 2021 at 16:37)
@Lankycrank: you definitely weren't being rude but I don't see the point. Half the articles here don't interest me so I skip over them. It's like someone offering free food and telling them "I really don't enjoy this. Just not tasty". I could see telling them if it costed money to read.