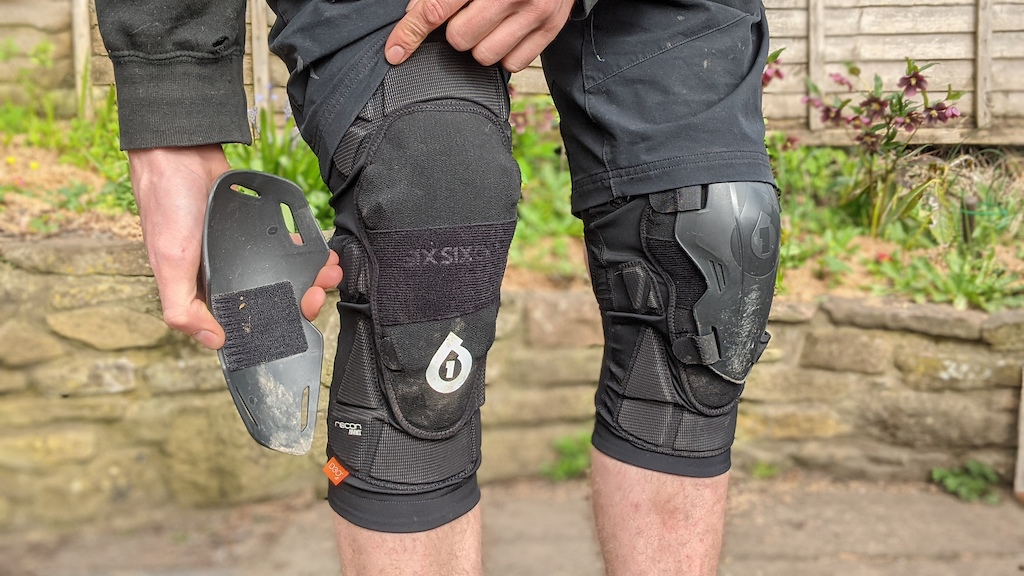 661 has added an all-new knee pad - the Recon Advance - to its line, and completely redesigned their popular Recon pads too.

The Recon Advance is burlier and more padded than the standard Recon. It's more suited to enduro-style terrain rather than general trail riding. 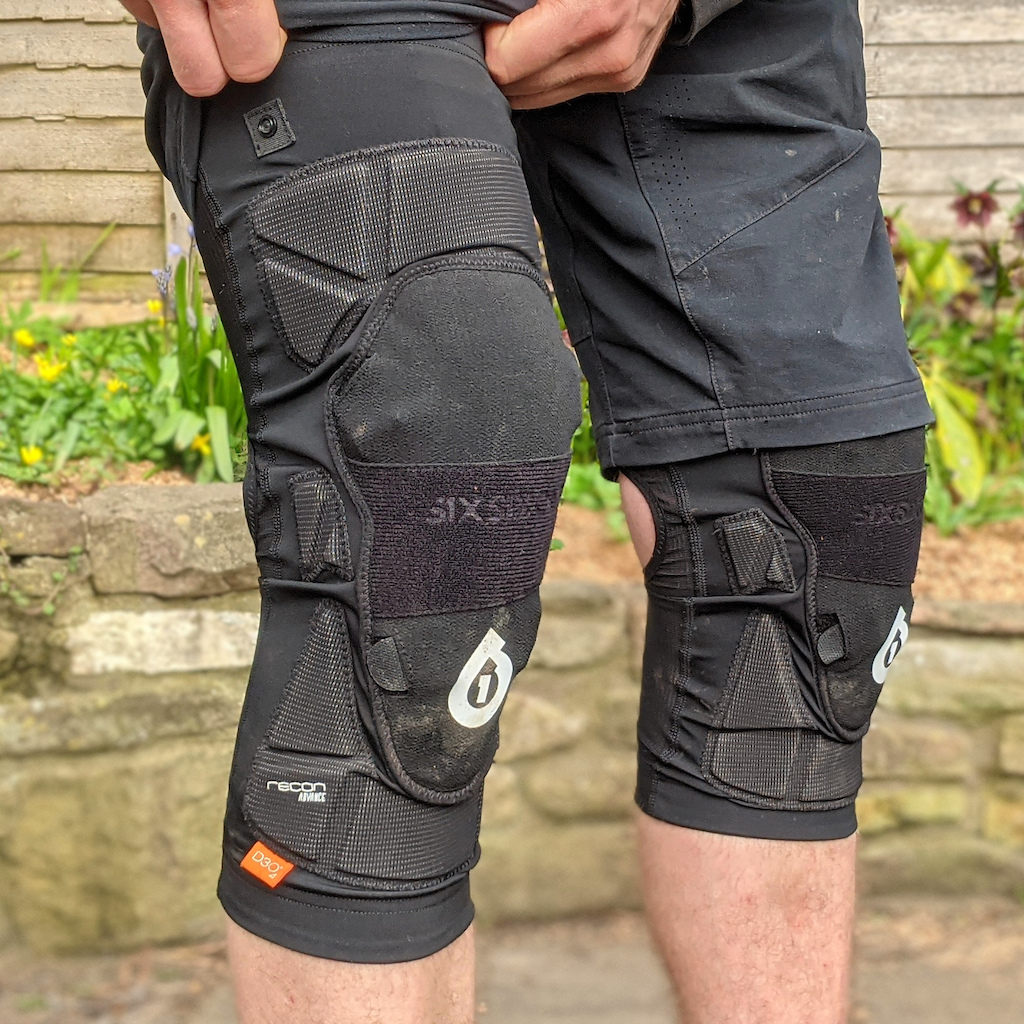 Without the plastic caps they're a lightweight and flexible pad. 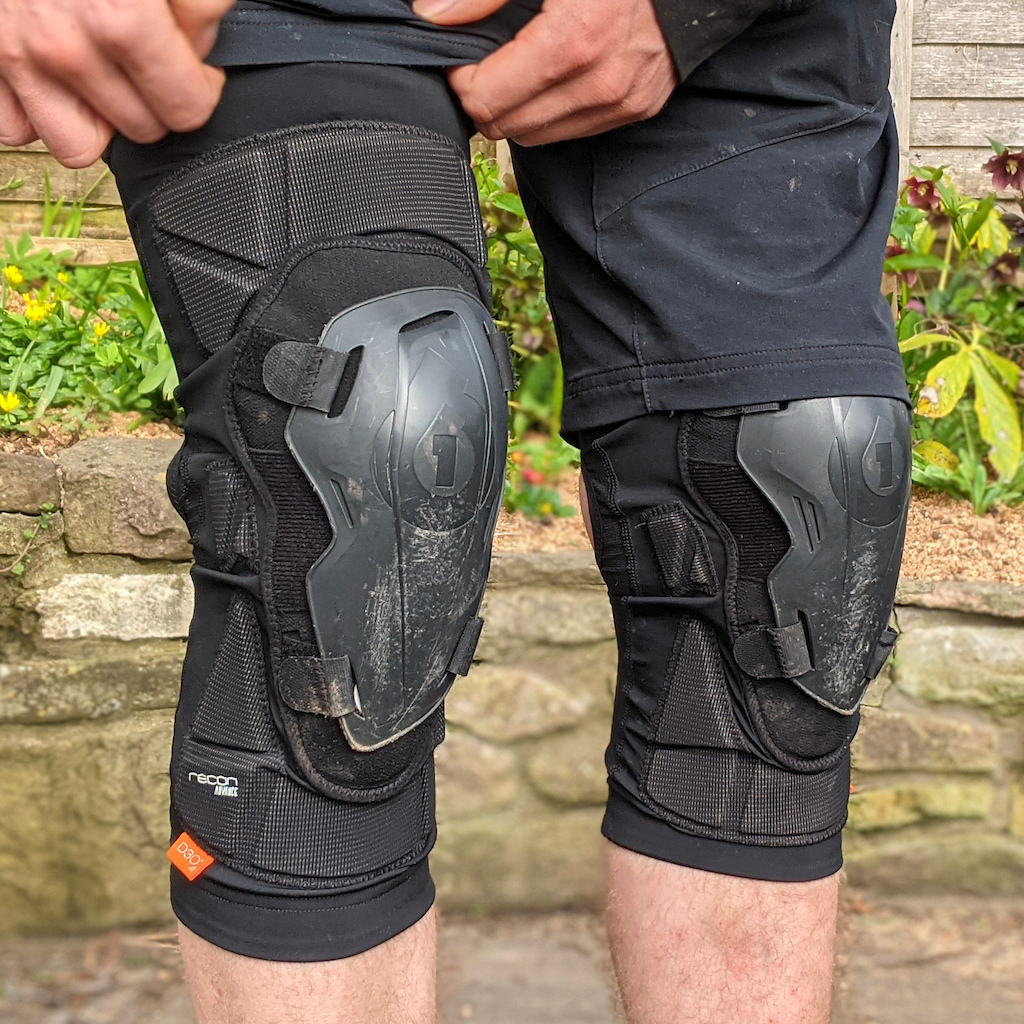 The caps are quick to install and add protection.
Inside there's a thick D3O insert, which protects the kneecap area and extends part way down the shin, plus fourteen small articulated foam pads offer additional coverage to the lower thigh, outer knee and shin. What makes these pads stand out is the optional hard plastic knee covers. These are available separately for $14.99 and can be attached to the outside of the pad via four Velcro straps. A large Velcro square on the back of the plastic cap helps secure the connection. It only takes a few seconds to fit or remove the caps, so you could take them off for mellow rides or to make them easier to wash and dry. 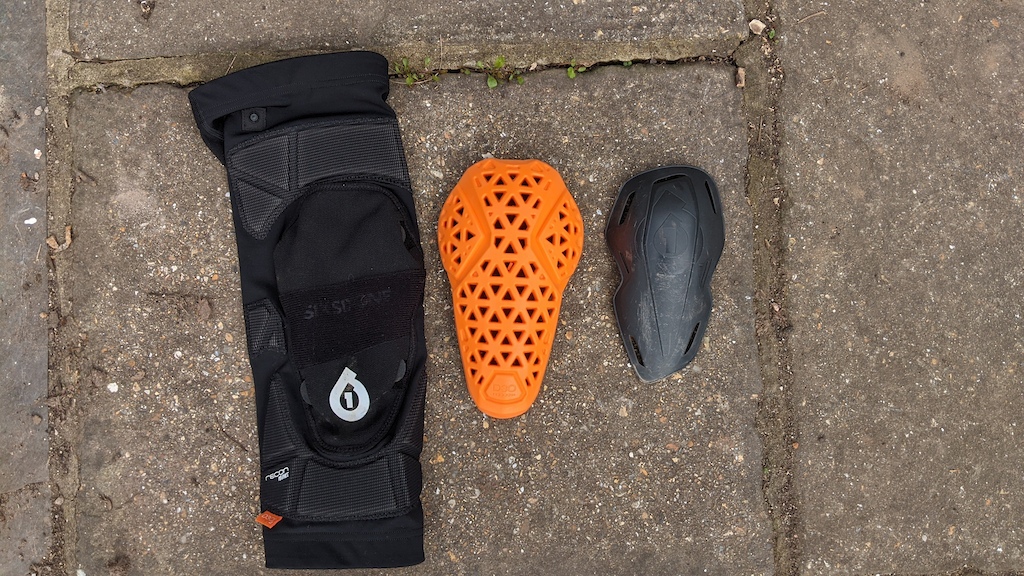 Inside there's a removable D3O insert. 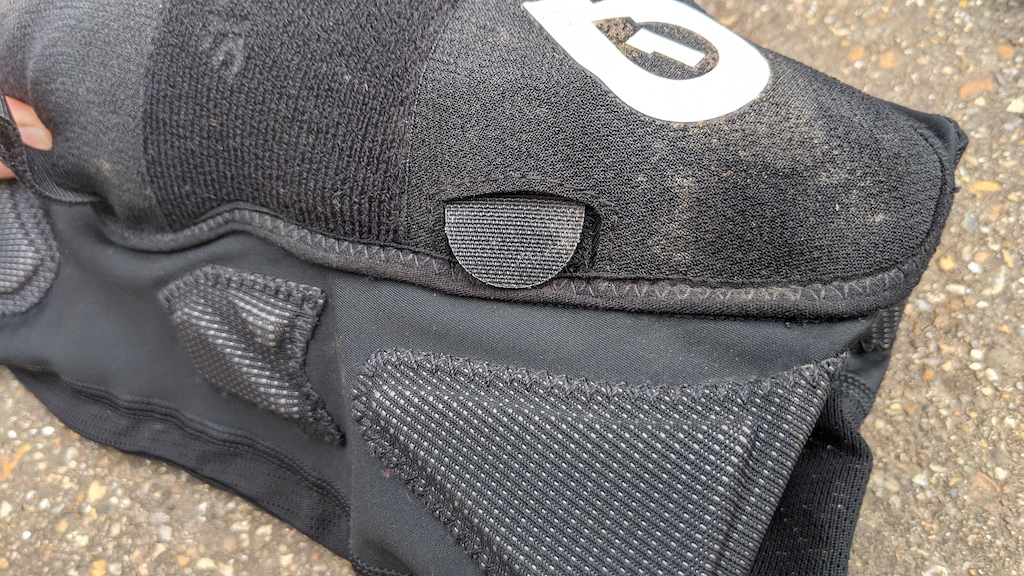 The Velcro straps can be stowed away when not in use.
The fit is non-adjustable, but the elasticated silicone thigh gripper sits nice and high up the leg, which in my experience usually results in a pad staying up properly. 661's Padlock system allows them to be tethered to their padded shorts via plastic poppers for extra security.

In a size large they weigh 539g with the covers and 449g without - that's on my scales. They're available in sizes Small to XL, and they're expected to be in stock by August. 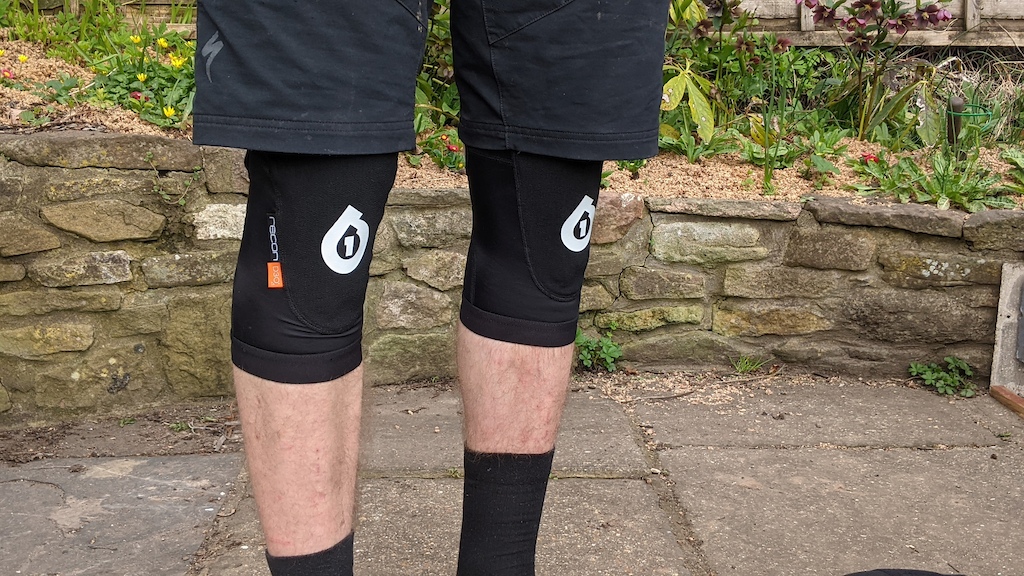 At the same time, 661 has updated its minimalist Recon pad, which is a lightweight trail pad. The previous version. which we reviewed back in 2016, was a super-minimalist pad with no official accreditation for protection. The new version is more substantial than its predecessor, and it now carries the same protection certification as the Recon Advance, but still a much thinner, lighter-duty pad with less coverage. It uses what 661 calls D3O Ghost protective inserts, which are designed to be as flexible and breathable as possible while still passing the lab tests required to gain that CE 1621-1 certification. These inserts aren't removable and they're much thinner than the inserts in the Advance pads, so although they pass the same safety tests, I'd rather crash in the Advance pads.

Like the Recon Advance, they use elasticated silicone grippers to secure the fit and the upper band sits high up on the thigh. They're also compatible with 661's Padlock system to connect them to padded shorts or vests.

On my scales the Recon knee weighs 311g a pair in size large. There's a matching elbow pad available too, which weighs 279g a pair. Both are available in sizes Small to XL, with stock expected by August.

MurShane (Apr 7, 2021 at 11:25)
Anyone remember Roach brand pads? I used to have them back in the 90's. I just googled the company and found an article that the owner passed away. Very sad. They were a great product. So well made. I'm sad to see that the company didn't last. I still actually have a stem pad. My son rocks it on his MTB.

mammal (Apr 7, 2021 at 11:38)
Ingrid was also very much a local legend in these parts. Starting off as a bike courier, and being around the early days of the shore, she knew what kind of clothing/protection mountain bikers needed, and would need, in the upcoming decade of progression. She was known for having a heart of gold, and treated riders/customers like family, often stitching up old Roach gear for free. RIP Ingrid.

RayDolor (Apr 7, 2021 at 13:39)
I still got a pair of their incredibly tough baggies. Good durable stuff. Bulletproof!

asf (Apr 7, 2021 at 17:34)
I had Core Rats. The first time I wore them, I crashed and smacked my knee hard on a rock. The pads did their job and I emerged unscathed but I learned my lesson: Pads cause crashes.

But yes.... washing them is kind of a no brainer.

mfoga (Apr 7, 2021 at 15:13)
That is true the Kyle Straights and Rage Hard (think that was the name of the ones that replaced) them were best pads ever

TheR (Apr 7, 2021 at 18:54)
I didn’t like the Kyle Straits. They didn’t fit me very well, which will vary from person to person, I realize. But they also weren’t very durable. But that also could have just been my luck.

bctrailblazer68 (Apr 7, 2021 at 13:46)
I don't think I would often use a word like innovative when it comes to knee and elbow pads because I'm not sure much of the newer gear protects as well as the armor in the early 2000s, but its nice to see that someone at 661 is thinking. Curious to know if there's padding between the d30 and your knee because d30 is like the same rock you hit when it hardens.

davec113 (Apr 7, 2021 at 16:09)
Yup! Some companies have proprietary D30 molds but most brands use universal designs offered by D30. That way they know exactly what certifications it'll carry and it saves money, brands don't have to each invent their own wheel, D30 does it for them. So basically, when buying D30 pads, you're choosing between various knee sleeves with a pocket for the same D30 protector. Also... I find extra padding added around the perimeter of D30 pads to be just more crap, I don't think it does anything helpful. D30 otoh is pretty amazing, I have used it too many times, lol.

foxinsocks (Apr 7, 2021 at 13:53)
Meh,.never had a sleeve design pad which aged nicely and didnt start slipping off after a few months. Looks like a nice design, but for me- straps, no thank you ( at the very least an upper thigh strap)

sixsixone (Apr 8, 2021 at 2:47)
Hi Ktron, The updated Recon pads will feature brand new D3O Ghost components, these use D3O's new Impact Print material, which is washable (Cool wash with no fabric softeners & do not tumble dry) Thanks - Gareth / 661

Thanks for checking the comments and writing back.