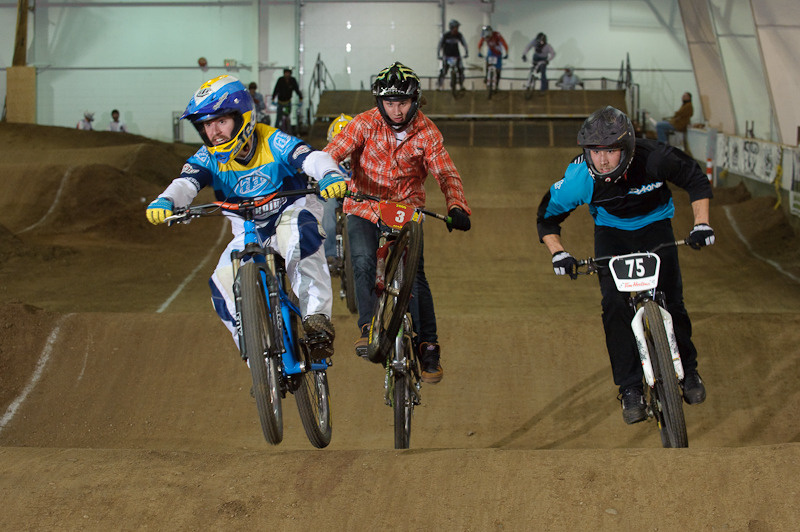 The FVMBA has been working hard to bring this seven race indoor series to residents of the lower mainland and beyond and it all kicks off tomorrow night at the Abbotsford Agrifair Arena (located at 32470 Haida drive).

It's going to be a seven race season with the four best results PLUS finals will determine the series winners. Any ties will be broken by the final standings. Pro payout will be awarded at the finals.

Championship 4X series jerseys to be awarded at the finals on Feb 19th. 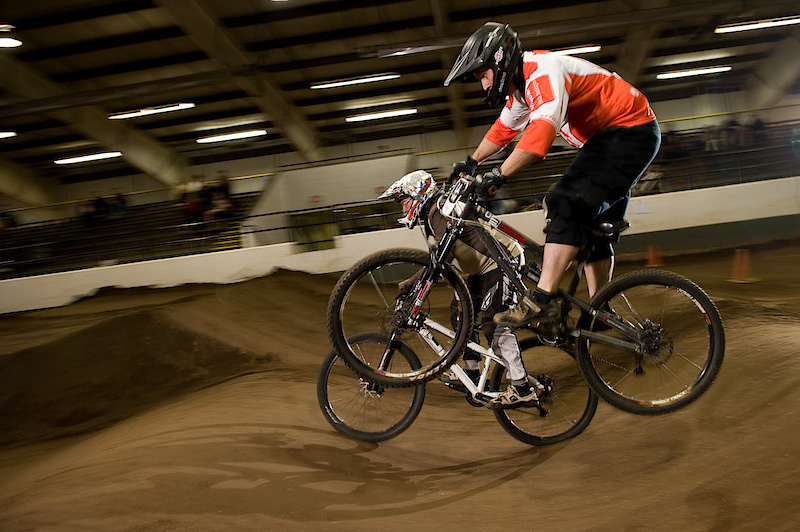 There will be a concession by Abbotsford BMX and noisy, laughing stands courtesy of you. Bring your kids and better halves, as Abbotsford Indoor is alway family friendly. Don't forget that every Saturday night at 7pm and Sunday morning is BMX racing too!

Canada's only INDOOR bike racing and it's located in Abbotsford, going strong now for nine years. 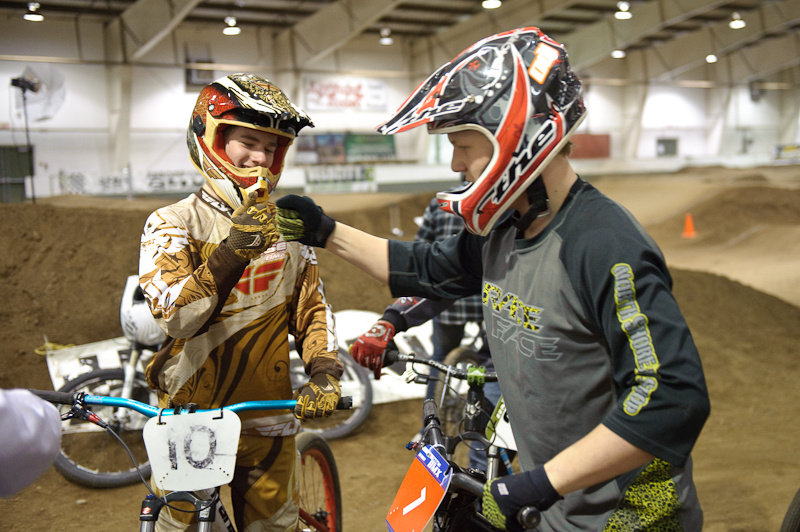 alazamanza (Nov 5, 2012 at 19:09)
they have suspension forks, they may be sprung so stiff that they may as well be rigid but there is potential to compress :/

i do agree though, needs to be rougher and gradient assisted if youre going to call it 4x

helibike (Nov 5, 2012 at 20:27)
Take it easy. If you dont want to race 4X at night while everyone else is watching boring shows on tv, moaning about the crap weather and hoping for next August to be here sooner. I guess you dont have to.
Here is a shot of the Whistler 4X track in the rain at 7:00.

I would rather race indoor.

helibike (Nov 6, 2012 at 17:54)
Its the chair lift. The point is, that it is not much fun riding in the rain in the dark. People should stop complaining that the track isnt bumpy and down hill. Get on your bikes and start pedaling.

MrGee (Nov 6, 2012 at 13:49)
when you look at who's out there riding and just chilling it's unbelievable.
Last year seen Gully to Aggy,Wade,Meir brothers,Wyper,Micayla Gatto ,and just about every other djer/racer you can think of ,having fun.
Anthony Messier lived here for years as a young ripper,even though he is still a young ripper.
Look in the stands and see just how chill this place is. Winter has arrived here and it's just a great place to keep the fitness up,
as well as laugh with your friends. Great music and a laid back .
Mr.g

cboutin (Nov 6, 2012 at 17:56)
You guys call it what you want, but the pros show up and it keeps our kids riding 2 nights a week, all winter while it's dark and raining 24/7 here in the Fraser Valley. Gully is there tonight.

cglasford (Nov 6, 2012 at 7:53)
Why not just race cruiser class or plain old BMX in the winter? Thats what i do to stay in shape and I feel the smaller wheels help the skills get better.. just my opinion though

But i suppose we don't have space available for it? Having said that how many warehouses near you are lying unused...........?

webhead (Nov 6, 2012 at 6:53)
The calendar linked in the article is in PDF format, I translated it to a calendar format so you can easily import it into most calendars of your choice. Just making life a bit easier for everyone!