Join Pinkbike  Login
The Big Mountain Enduro Series has created quite a stir this season, with three events within three weeks of each other the beginning of the season to lay the groundwork for big overall titles to come at the Big Mountain Enduro Series and North American Enduro Tour finals the end of September. BME #3, Keystone, is a big stop as it also doubles as the second event part of the North American Enduro Tour. Three demanding, gnarly courses set the stage on Saturday utilizing all aspects of Keystone Bike Park.


The usual contenders battle it out switching it up from stage to stage surprising each other. Joey Schusler (Yeti Cycles) who has a season of World Cup downhill racing under his belt pedaled his way to win Stages 1 and 3 while Ross Schnell (Trek POC Bontrager Shimano) and Nate Hills (Mavic SRAM Yeti) put time back into Schusler on Stage 2, the more downhillesque stage. They seemed very perplexed of how that came to be...

After 38 minutes of racing, this is where they stand: 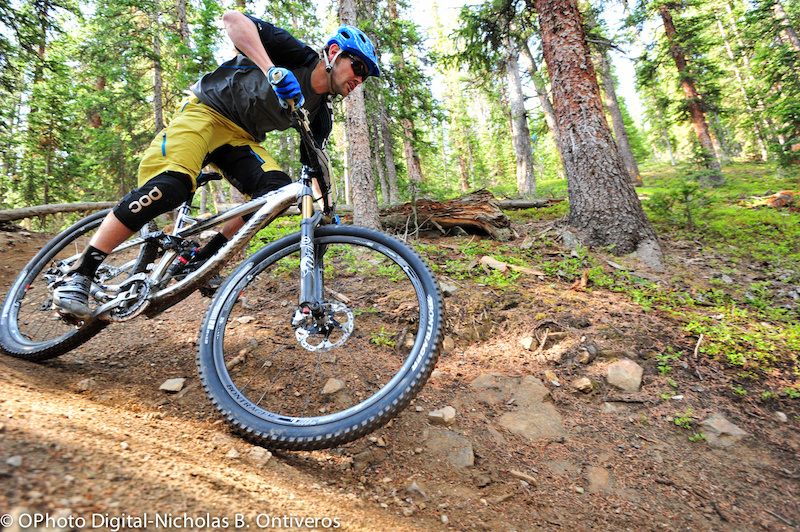 Ross Schnell (Trek POC Bontrager Shimano) has consistently stayed at the top of the first three Big Mountain Enduro events. We wouldn't be surprised to see him stay up there for three more stages of racing on Sunday.

On the women's side, Heather Irmiger (Trek Factory Racing) continues to dominate the scene with a Stage 3 win and leading the pack by nearly a minute after Saturday. 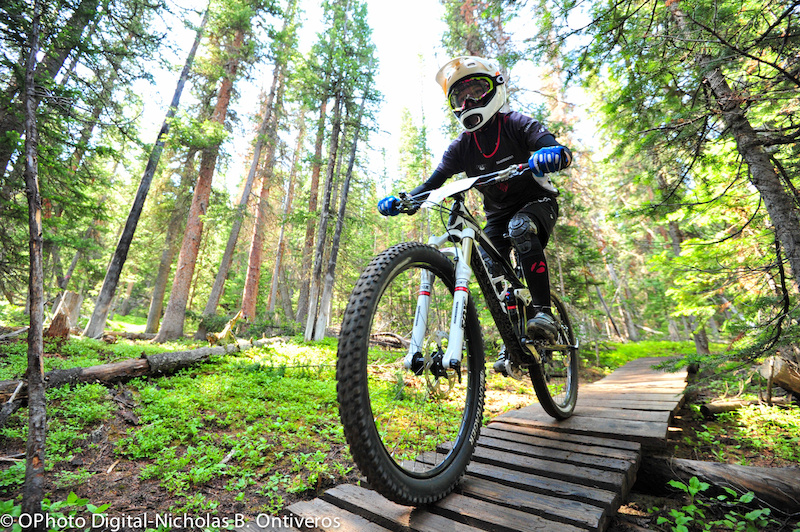 Heather Irmiger (Trek Factory Racing) once again takes a commanding lead in the women's field. The hero dirt conditions Saturday morning made it especially fun for the top competitors putting it all out there. 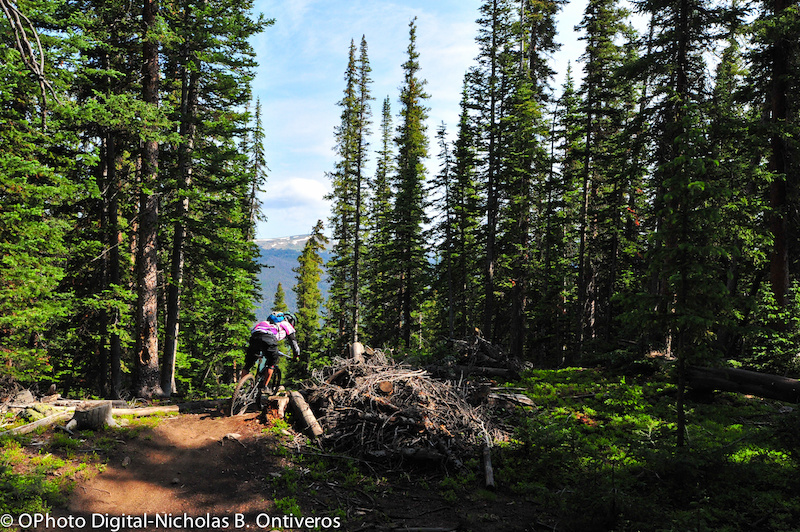 Keystone Bike Park has over 50 miles of trails within the ski area boundaries. Big Mountain Enduro is utilizing about 30 miles of those trails to put together what some racers have been saying is the gnarliest enduro race of the season. 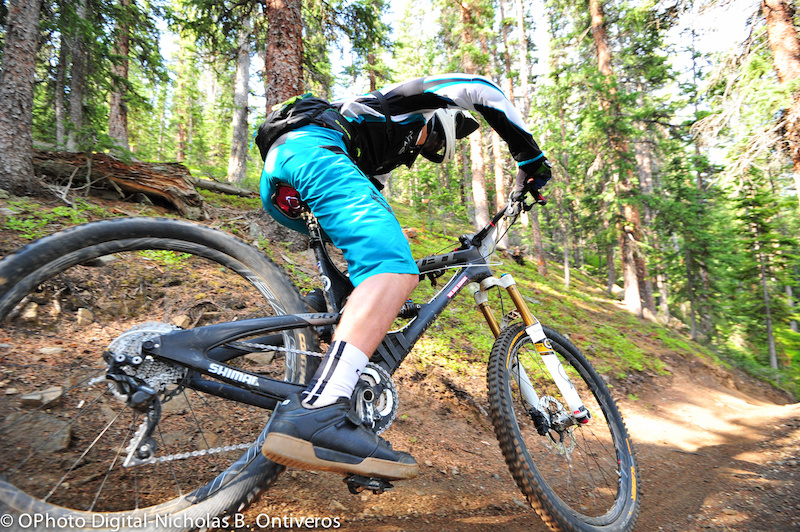 Mason Bond (Yeti Cycles) is newer to the circuit of enduro racing and his fresh talent has not gone unnoticed. Expect to see Mason work his way up this season. With several top 5's and top 10's so far, Bond will be a force to be reckoned with in the near future. 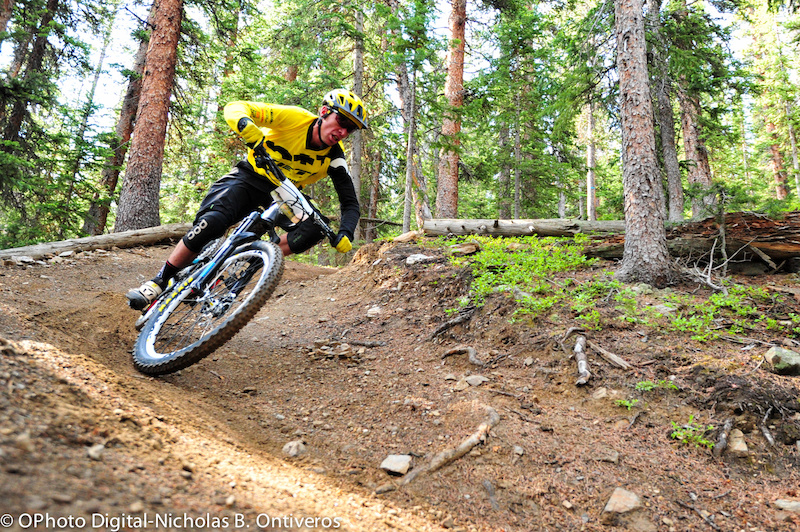 Nate Hills (Mavic SRAM Yeti) is racing on his home track this weekend. A consistent competitor in the Big Mountain Enduro Series and national enduro circuit, Hills is hard to miss in the full yellow kit all over the country. 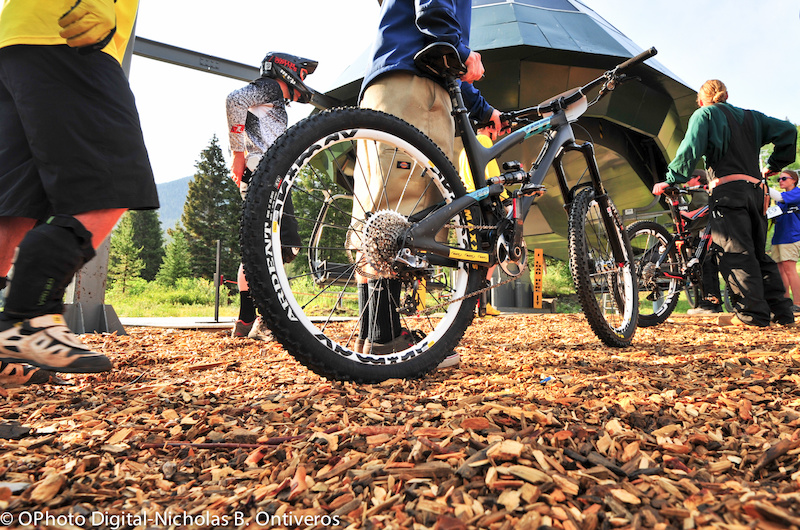 The Yeti SB-66 is a common sight in the BME scene. Perhaps it is because the bike was designed and tested just over the pass in Golden, Colorado.

RodRamsey (Jul 7, 2013 at 8:56)
Theres 5 thousand enduro races now I cant keep up. Today I having enduro race from bushwick to east ny. If you can make it to finish line without getting runover by dollar van or shot by random idiot you win a can of redballs.

RodRamsey (Jul 9, 2013 at 8:54)
The roads around here are rough like an enduro track then you have thousand idiots trying to run you over. The summertime homothugs out starting ish. Redbull should do a ghetto enduro in brooklyn finishing in the park. If you make it to the park! !!!!buyaka blup blup forget the dropper bring your chopper.

colodrak (Jul 7, 2013 at 17:47)
Hmmm but who is going to fix trails..there will be rip rock all over place because Keystone do not have people or desire run park for regular visitors