Join Pinkbike  Login
Bulgaria may not be at the top of every mountain biker’s list of holiday destinations but if Nikolay Titev (owner of RAM Bikes) has his way, that’ll soon change. Pinkbike last visited in 2010 for a race in Sopot, pretty close to the epicentre of the country. Although absent for a year we returned in 2012 alongside a number of other Brits, all lured by the offer of either UCI points or just a damn good track. Ok, let’s be honest here, the main thing was the sun. After a brief week or two of sun in March it’s been conspicuous by its absence from British shores ever since and we were at serious risk of going from untanned to transparent. 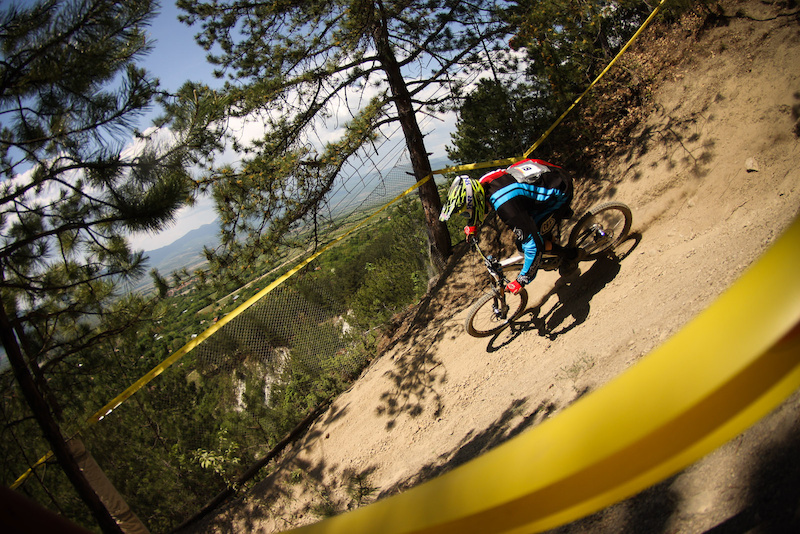 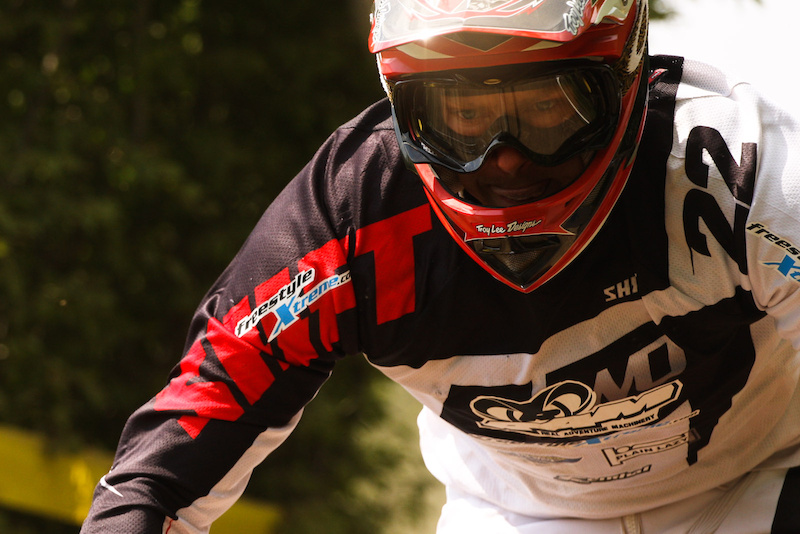 It’s amazing just what that sun can do to your mood. Last time we flew in to Sofia, it was to a city swathed in cloud and rain, weather which certainly did nothing to show the city in its best light as we drove out to the factory through the semi flooded roads of the ghettos. Not this time though, this time we had sun, crystal clear skies and 30°C temperatures, all of which immediately fire you up to get on with the job in hand; riding bikes. As with the last time we were out, Nikki (Titev) and a couple of the guys met us at the airport, very welcome considering we each had about 70kg of gear, and provided their usual superb hospitality, interspersed with the occasional ‘F***ing Brits’ in what I’d like to call a Borat accent, but I know that’ll get me shot next time I’m out. So we’ll call it Russian. I kid, I kid. 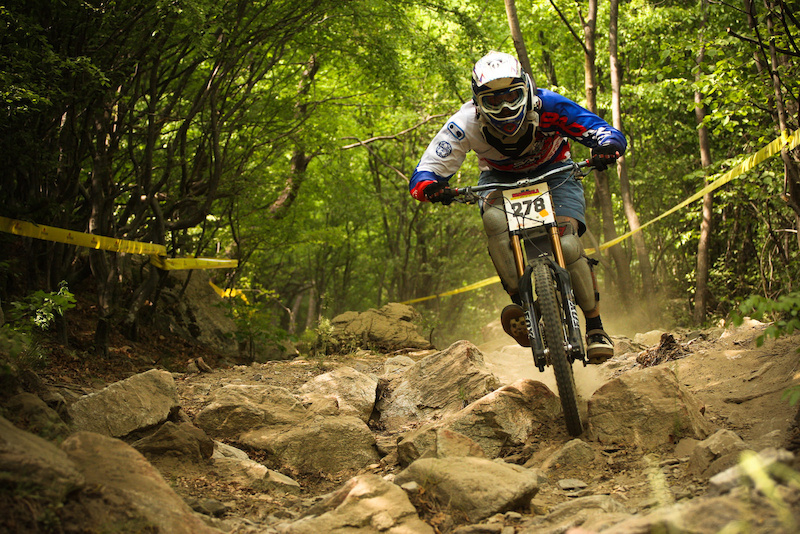 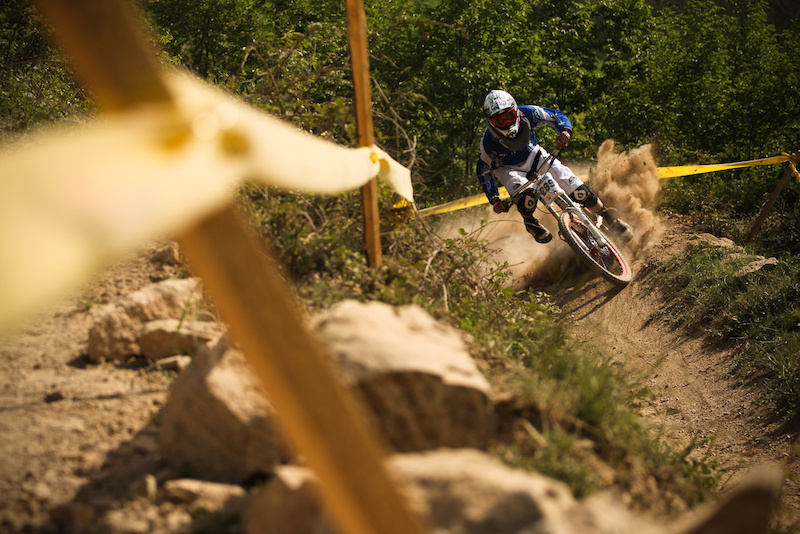 Sopot itself is a couple of hours drive to the east of Sofia, and a pretty incredible drive too once you get away from the sprawl of the industry and borderline shantytown that surrounds the city. Once at Sopot, having sweated half our weight away in the back of the rentals, we headed straight for the track. While some elected to walk the whole track, many of those who have ridden it before knowingly avoided that strenuous task and instead grabbed a dirt cheap & ice cold beer for a saunter as far as the rock garden to see how it’s developed since our last visit. 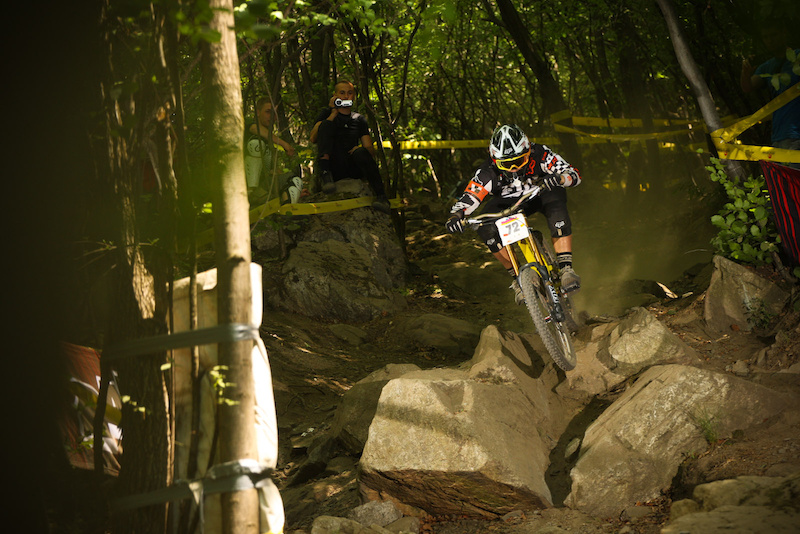 With so much natural potential in the land, Bulgaria really does have a lot to offer the riders of this world. The infrastructure may not be as all inclusive nor is it as polished as the rest of the more established European riding destinations, but that is made up for by many other aspects. There’s no doubting that the low cost of living (relative to UK and older EU countries) is a major attraction, and will continue to be for some time with the instability of the Eurozone, but the less tangible merits are high too. A different culture is always good to experience rather than the fairly well worn French and Spanish adventures, and beyond that is the hospitality and friendliness. Granted, it’s not universal but then it’s never universal in any other country either. Beer is cheap (actually all alcohol’s cheap, just not decent Whisky as I found to my cost) and food’s good (and cheap), just so long as you like Feta cheese, and lots of it. 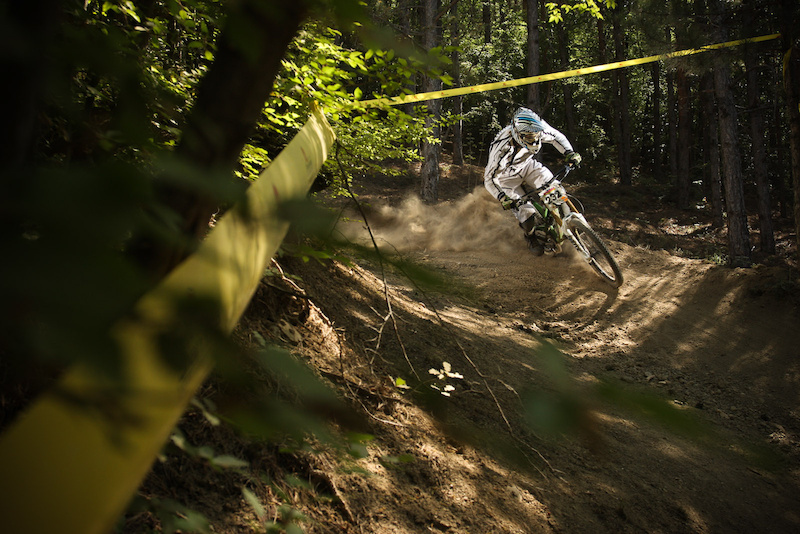 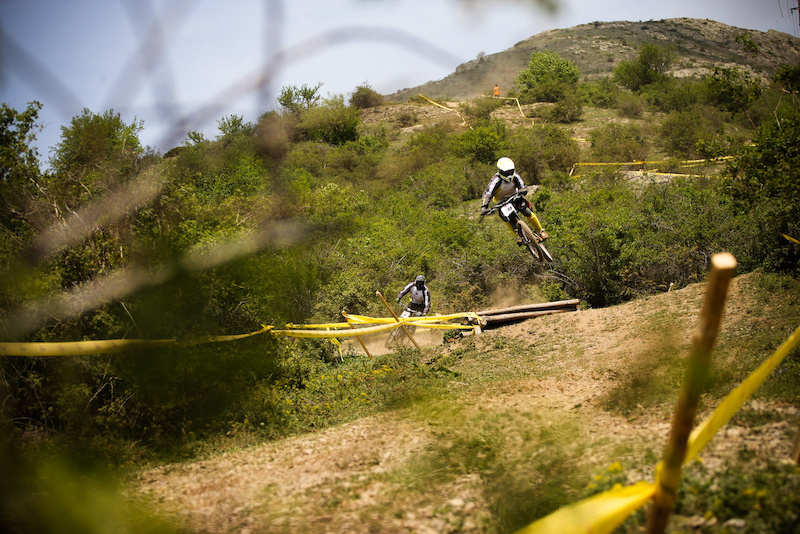 The Brits have never been shy to get the bikes packed up and loaded onto the first Easyjet flight available and first discovered the country in the hunt for UCI points. This can be a fairly challenging endeavour given the large number of Brits who race, many of whom are more than quick enough to race World Cups. When up to 30% of the qualifying riders are Brits it says that the standard of riding in our country is high. But it is this very virtue makes it all the more difficult for younger or newer riders to make that jump to the World Cup circuit when they’re going up against the same twenty or thirty riders who are collecting all the points at the UK races. So the Brits go on the hunt, and have done for years, prowling the UCI calendar as soon as it’s announced each year to check for races which carry points but which are less likely to be filled with the regulars. Hence Bulgaria, and why on the last few occasions we’ve been out there, nearly the entire top ten is filled with those damned Britons. 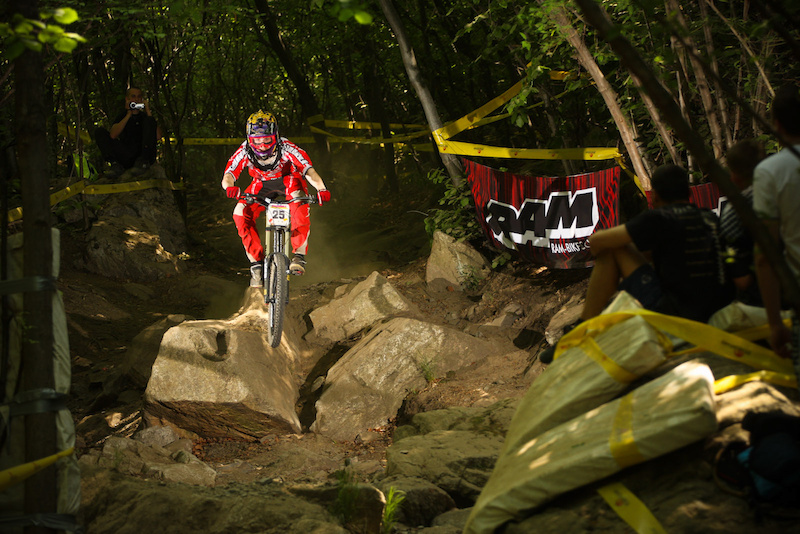 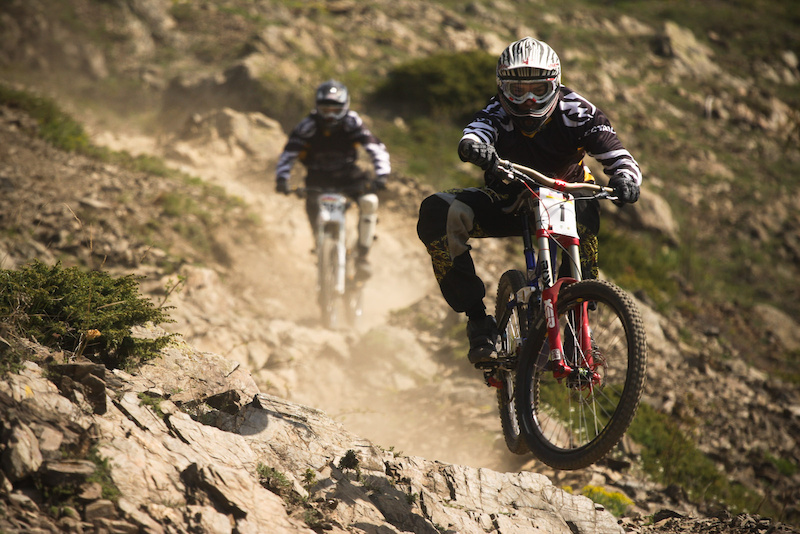 This race saw a number of World Cup regulars, Bertie Smith, Adam Brayton, Sam Dale & Dan Critchlow make the trip having heard from others how good the event was, followed up with a number of hopefuls looking for their first step onto the World Cup circuit without the aid of the British Cycling junior team. Weather of course plays a part too, and with the prospect of seeing the sun, working on getting tanned and riding some sick dust we’d all packed our bikes up and got ourselves to Sofia faster than you could say sunblock. All courtesy of those strange oompa loompa auditioners at Easyjet. Hey, who are we to complain, they give us cheap flights and that’s what counts. 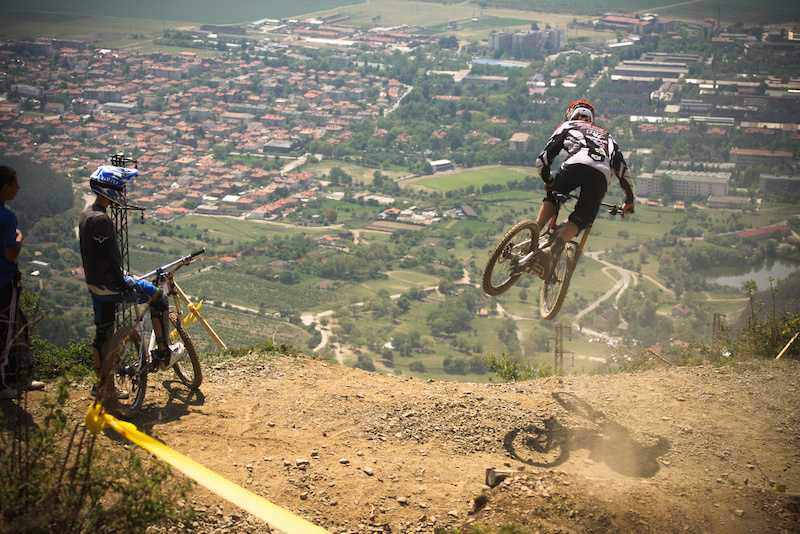 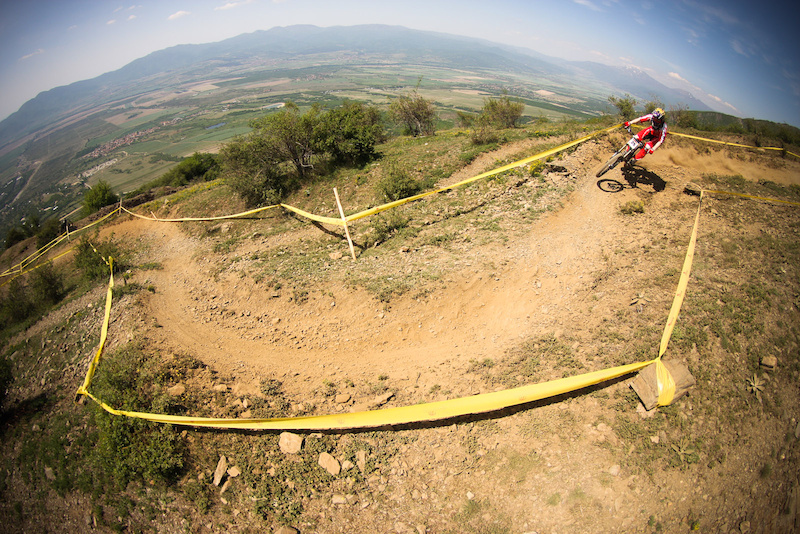 Weather can be changeable in the mountains with storms moving in for the kill with unpredictability, not the ideal scenario when you’re sat on an open chairlift. To build in a little margin for this the plan was to have practice on Thursday and Friday morning before moving onto seeding Friday afternoon and then hopefully having the race on Saturday. As it happened the storms did roll in and we were treated to lightning, some fairly impressive thunder and strong winds. All of which meant that racing was pushed back 24hrs to Sunday, which was fine if you were flying home on Tuesday, less fine if you’d planned to fly home on Sunday afternoon. Yes, that would be you James Swinden. Some grovelling to Easyjet though soon sorted that dilemma and gave more time to get the bikes prepped for the following day. Racing abroad is a buzz, no doubt about it, but it’s not always just the riding that makes it special, it’s the other riders that you end up sharing the experience with too. Yeah, it’s clichéd, but it’s definitely part of the appeal. Drinking beers and eating a meal with fifteen or twenty other rides where only a few can read the menu always makes for an interesting meal. There’s a whole lot of trust going on there. 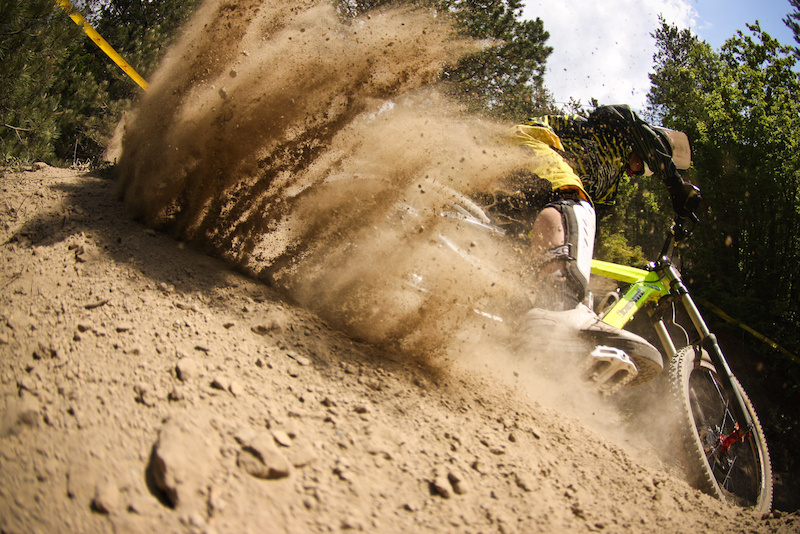 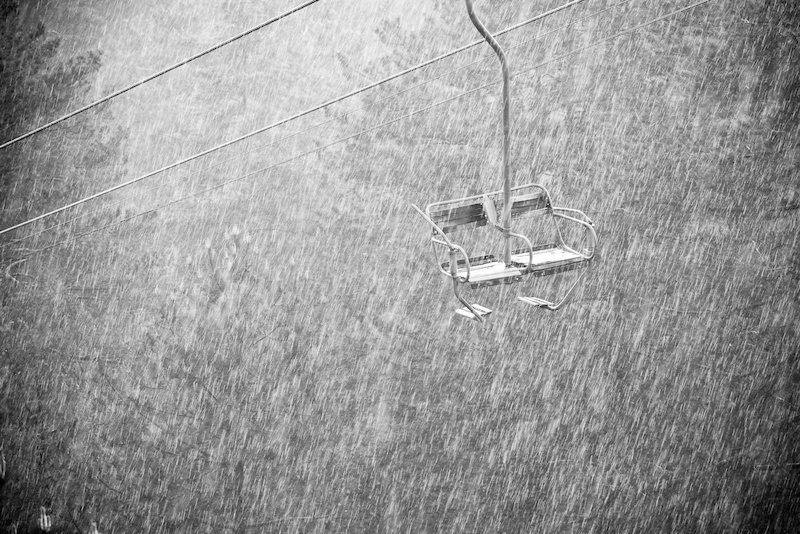 Sunday dawns the world over and racers will awake with thoughts of lines and ideal runs yet few will be able to take home the spoils when the sun begins to set. Big mistakes always prove costly, mechanicals more so; the making of one man’s season can just as easily be the ruining of another’s. With loose dust on track and rocks breaking out the surface with greater numbers in Sopot on every successive practice run things promised to be interesting. Some Brits went big, some burned. Some within sight of the finish. Punctures were common place and there were signs on many that they’d been sampling the finest Bulgarian undergrowth somewhere between the two timing beams. 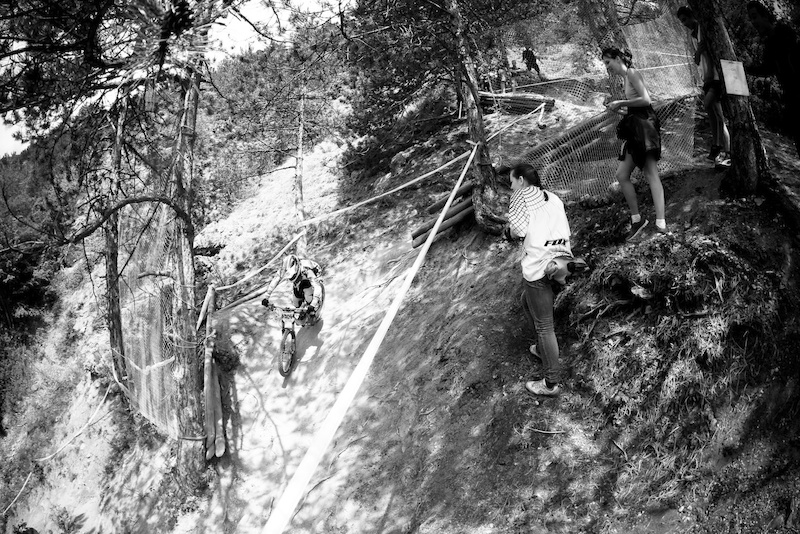 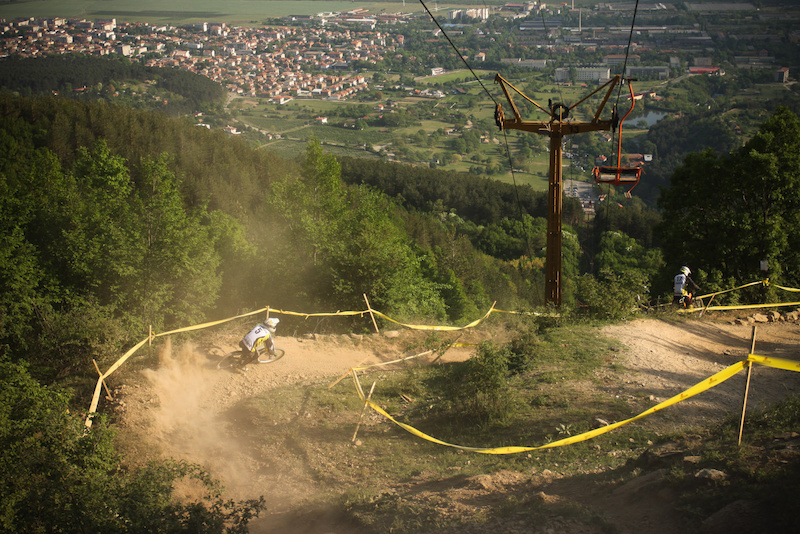 There were a few Brits on the podium, namely Sam Dale & Adam Brayton, but the star was Slovenian Unior Tools’ rider Ziga Pandur. Sweetest of all was the live timing on tap. And by live we aren’t talking a live screen, not that that wasn’t there, we’re talking sitting in the pits and streaming the results live to your ipad with the onsite wifi. Why can’t we have that at our UK nationals? Three days of riding, sick (ok, well sick by UK standards) uplift & live timing. All for about thirty five euros. Not much better than that for a weekend of entertainment. 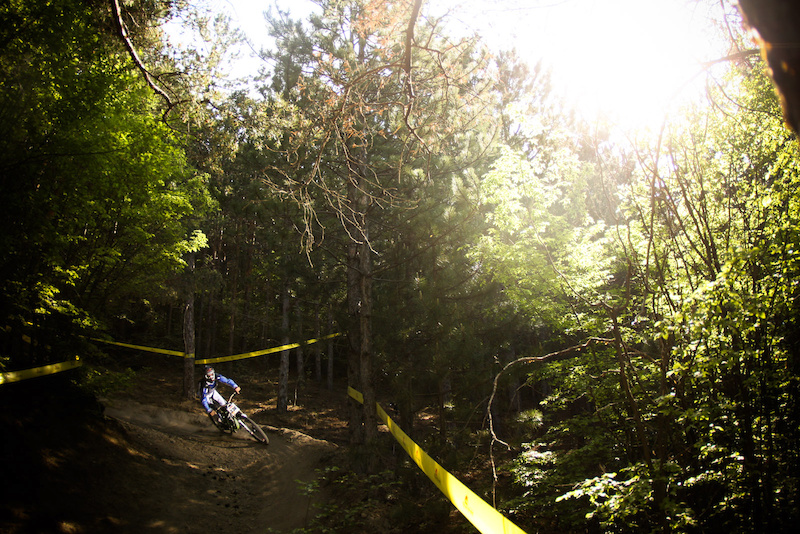 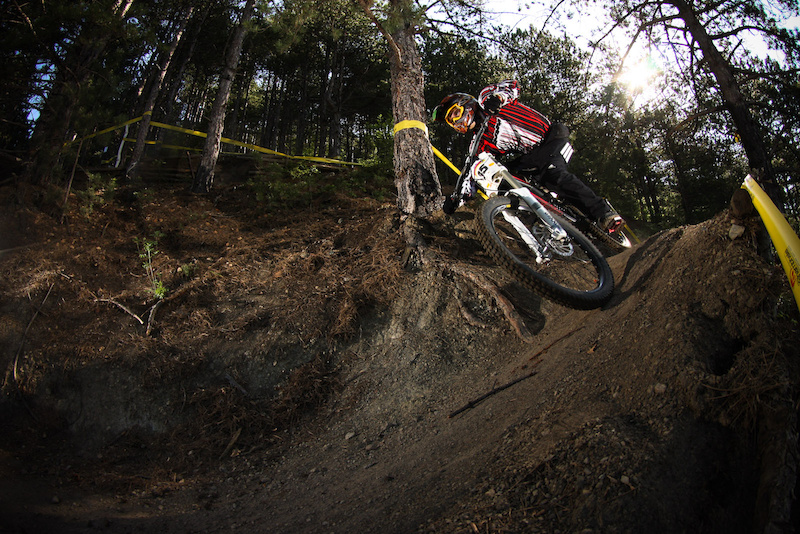 Check out RAM Bikes for all the latest info or the Facebook page here which has been set up for Brits looking to make the trip. Go with your eyes open and it’ll be an awesome trip.

Thanks to Georgi Daskalov at bikepornmag for the images.

evlmj (Jun 25, 2012 at 1:08)
Sadly Romania has amazing potential towards gravity sports but few tracks to show for, UCI events are on the calendar for this year so lets hope we start getting up there on the map, good job for the Shambhala event, always a great way to start the season!

in Sopot the best DH scene ever !!!

RidgelineEagle (Jun 25, 2012 at 12:49)
WAAAYYY TOO MANY POD'S!!! I had a hard time not adding them all to favorites...Nice work photographer! Seriously one of my favorite shooting styles...you have nice stuff.

cloverleaf (Jun 26, 2012 at 12:56)
Fancy a swap? I don't think I've ridden the bike more than a handful of times this year without needing to pressure wash the crap out of it after. I reckon this will be one of those years where no bearing makes it to the end of the season!!