Join Pinkbike  Login
With all of the sweet cross country and downhill riding in Whistler it is easy to neglect the thriving dirt jump scene. Sandwiched between a river, the Valley Trail and the skatepark, the jumps are somewhat hidden from view, not in your face like the Bike Park.

Last year Chromag shredder Reece Wallace jumped through hurtles to host the first Family Gathering. An afternoon of beats and bikes that showcased much of the local talent. And just like everything that goes down in Whistler there is some serious talent when it comes to throwing down on the trails. 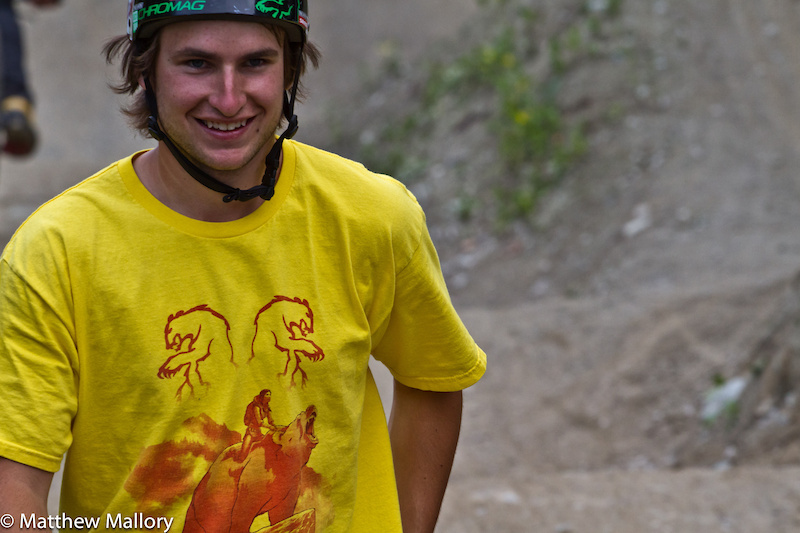 Reece Wallace, the man behind the Family Gathering was all smiles.
With help from Chromag Bikes, a company that doesn't just build sweet chromoly rides and awesome components but also bases its business around riding as a lifestyle, the Family Gathering Jump Jam was on. With a great turn out in the first year Reece decided to move the date up.

Luck was on Reece's side. The days leading up to the 2nd annual Family Gathering were not looking promising. The weather forecast was calling for heavy rain and nothing ruins the jumps faster than too much moisture. Mother Nature had other ideas though. Under a skyline dominated by heavy clouds the rain held back but the riders didn't. Guys were throwing down with every trick in the book being tossed. Spins, flips, tailwhips and just some all around moto flare was going on as riders lined up to taking their turn in front of the crowd. 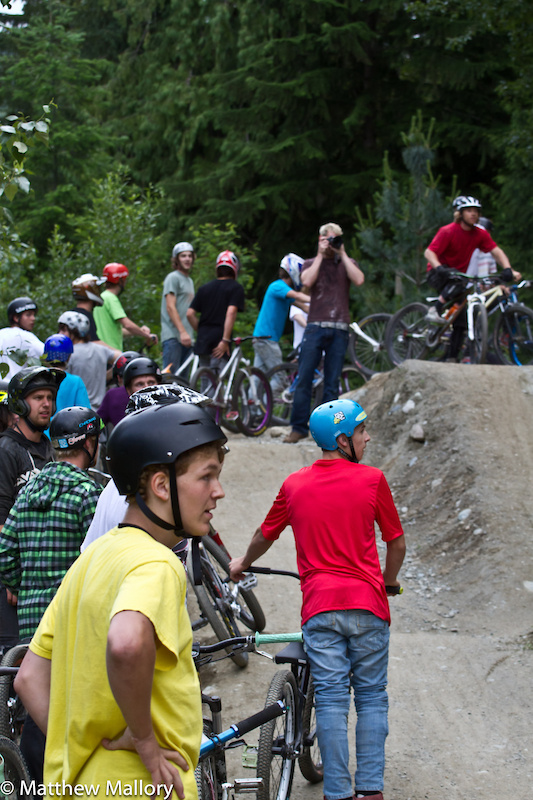 Riders patiently wait their turn to get rad.
With a jam format it was all about showcasing what is going on in the dirt jump world.The local fellas were mixing it up with the pros and bros from out of town. Guys like Rocky Mountain Bikes' Jarrett Moore and the tattooed freak Andreu Lacondeguy were out to play.

For just its second year the rider and spectator turn out was awesome. It was one of the biggest line-ups seen at the jumps as riders waited for their turn, the fence-line and treeline were filled with gawkers as they grooved on the dope beats that the Chromag crew were laying down. 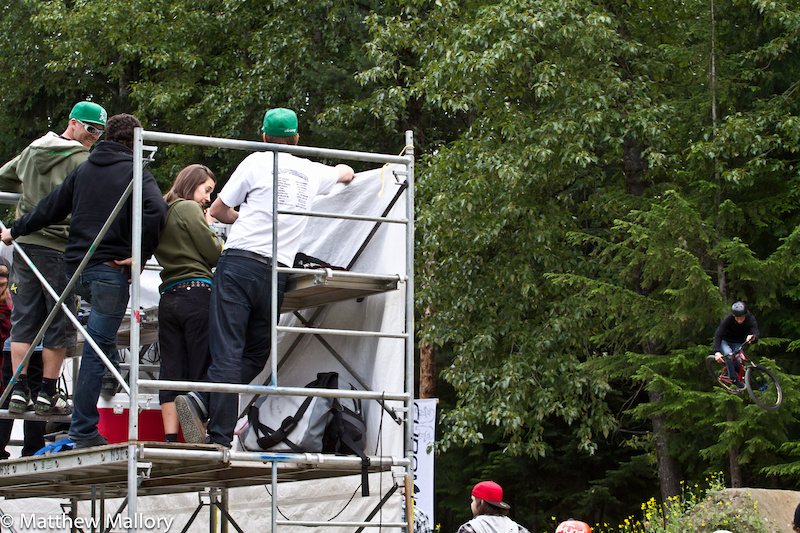 The Chromag crew spin the beats as riders hit the jumps.
Chromag employee Julian Hine had this to say about the Family Gathering, "mbuwahhh, bahumby Chromag bullahh himmmly Family Gathering". It can be assumed that he was saying something along the lines of Chromag being stoked on everyone showing up. Since the music was ear splitting loud it was hard to hear him and reading lips was out of the question as the heavy bass made every movement of his lips look like they were mouthing the words BOOM BOOM BOOM BOOM! 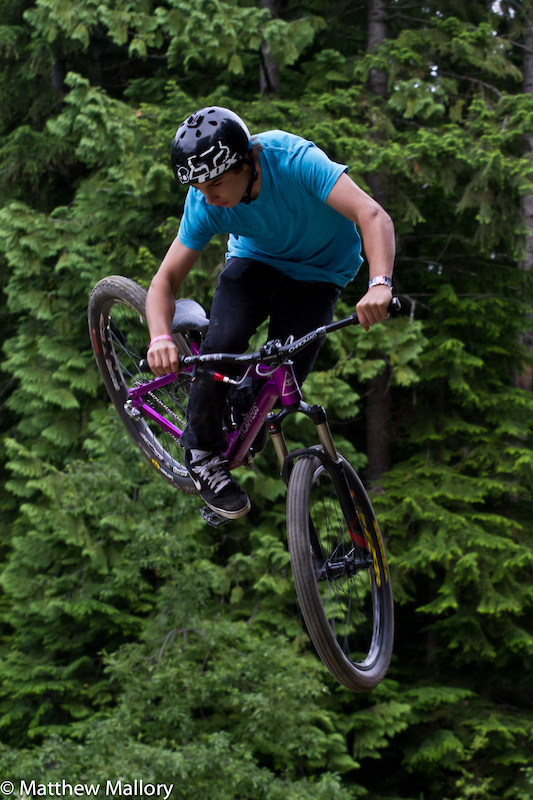 Can you say turn down. 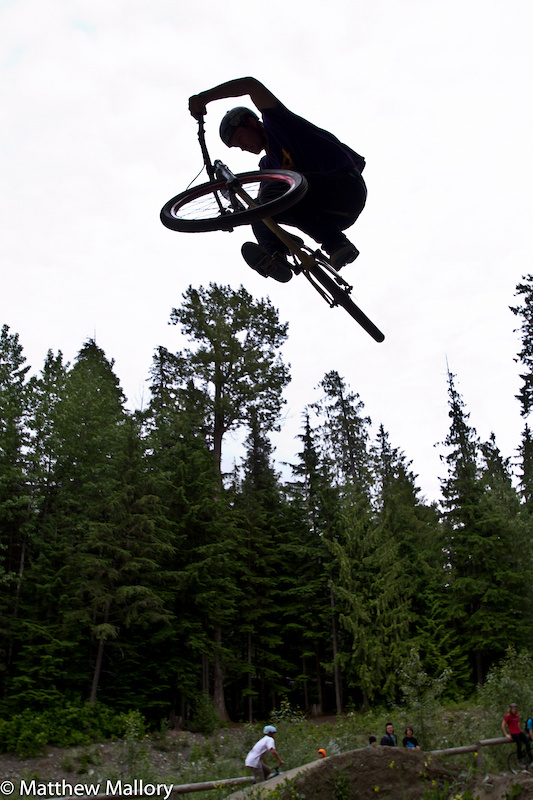 It ain't easy being steezy. 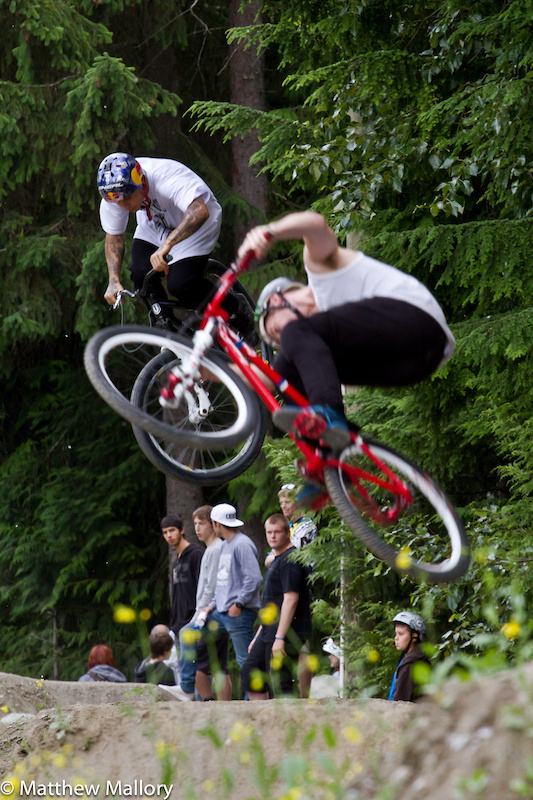 Andreu Lacondeguy came out to play. 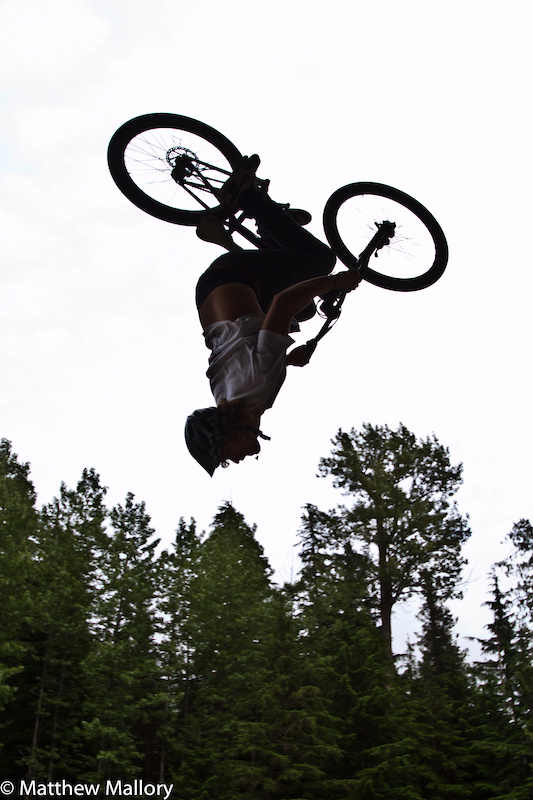 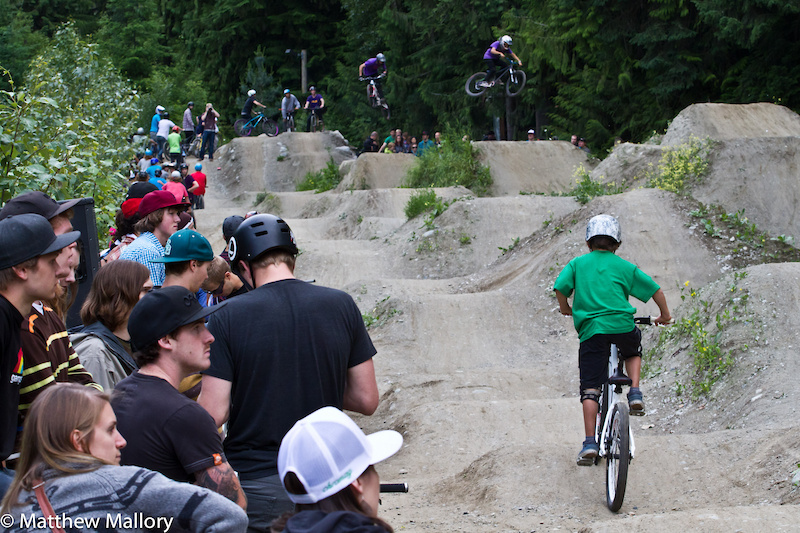 The crowd watch on as trains of riders passed by.