Video: Dustin Gilding - From the Ground Up

Dustin Gilding has spent the last 6-7 years digging his ass off to transform his family's property in Abbotsford, BC into an intricate personal bike park. Liam Mullany and Bryce Piwek spent the weekend at Gilding's yard and came back with this short piece reflecting on the sheer sweat equity he has put into his trails, as well as the subsequent opportunities he has created for himself through building. This is Dustin Gilding - From the Ground Up

Dustin started as any MTB grom in the mid 00's would - hammering together skinnies and ladder bridges in his friends backyard.

Once his family moved into a new location on Sumas Mountain which had a continuous downhill grade and plenty of extra room, Gilding was still in the early stages of a mountain biking obsession and began initial foundation work on what would become an ever-expanding compound to facilitate an equally-expanding interest in riding.

The work started with a few downhill trails dug into the top of the yard, but as Dustin's focus shifted towards smaller bikes, he started to piece together a set of dirt jumps which would be continuously modified and expanded to challenge and progress his ability on a bike. 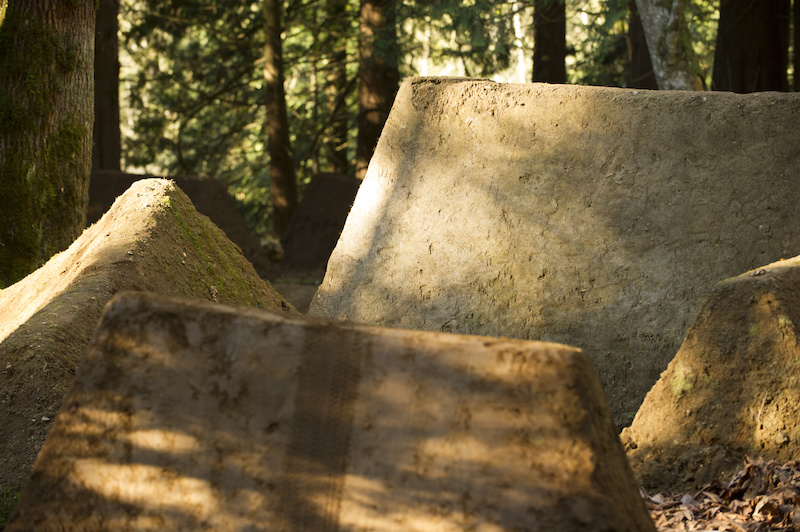 A trailbuilders answer to Michaelangelo's David 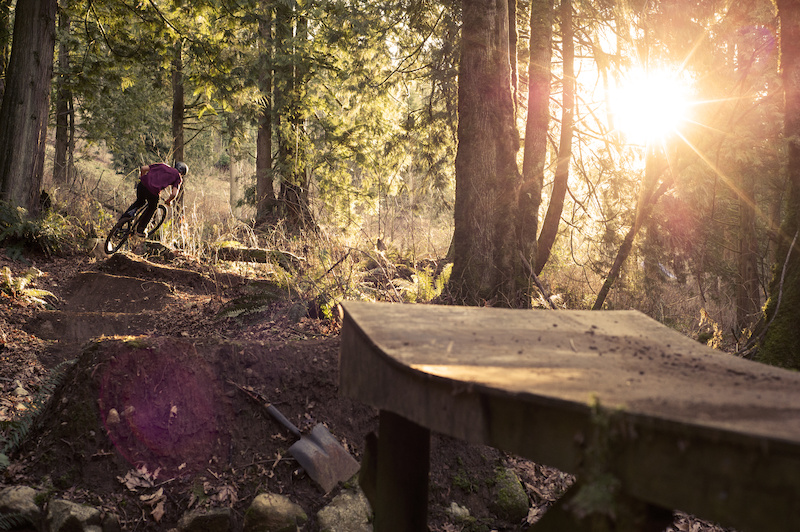 The corpse of a shovel lies motionless in the morning sun
Along with the growth as a rider, one of the bi-products of Dustin's years spent honing his creations became a finely tuned sense of design, work ethic and overall experience with building slopestyle-focused bike trails. Looking up at his switchbacking set of dirtjumps, Gilding recalls some of the logistical struggles when he blindly first began turning the slightly sloped wooded and brambled area near the bottom of the property into something ridable on a jump bike. "It was obviously a really long learning process," pointing out his first rendition of his jumps had them essentially aiming uphill. 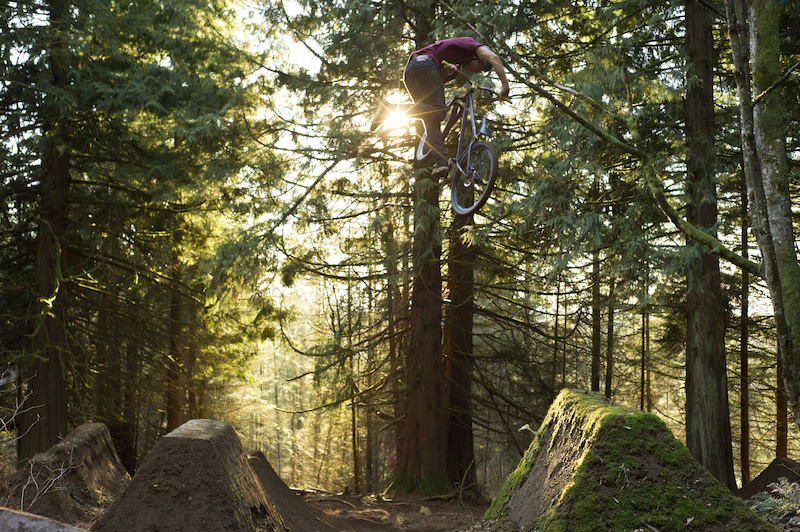 Dustin may not do triple flips, but he sure as hell has style 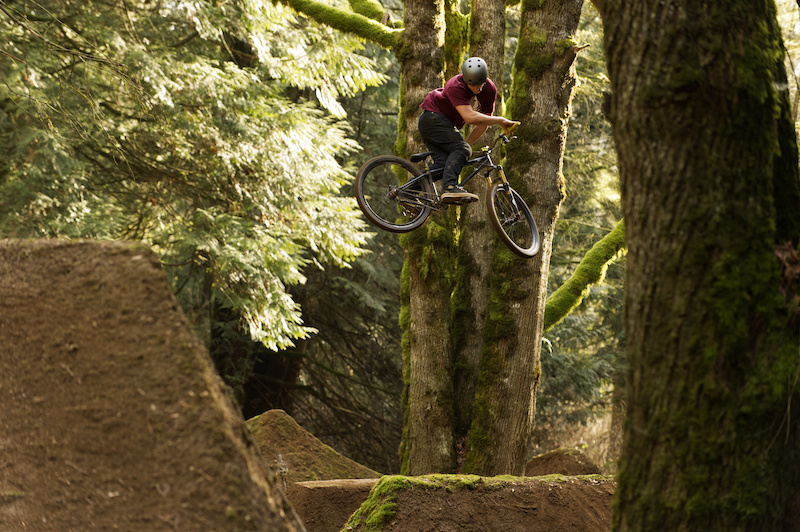 More of aforementioned style
As the compound began to fill out, evidently so did Dustin's reputation behind a shovel. In 2013 Dustin joined Joyride Bike Parks in Whistler to spend his Summer contributing his years of experience towards the construction of what was widely commended as the most flowing and overall fun Crankworx slopestyle course in the event's 10-year history.


As things progress into the future, Dustin's looking forward to rejoining the Joyride team for the upcoming season, as well as breaking ground on some new building-related projects down the road.

Words and Video by Liam Mullany
Photos by Bryce Piwek

digthehills (Feb 7, 2014 at 1:39)
The satisfaction you get when you have your own little spot somewhere where no-one knows about apart from a select group of friends that come and contribute with the building of the trails for weeks/months on end until you finally have something to go and play on, nothing is more enjoyable than creating something from nothing then riding it with those people. I have never built jumps on this scale ( because im nowhere near dustins level of riding ) more short section downhill stuff using natural features but i enjoy seeing just how dedicated and creative people can be with their own little spot. Sculpting trails that look as perfect as these shows just what you can do if you put the effort in. Great vid mate....

Kristo (Feb 6, 2014 at 13:10)
sick riding dustin. your video of riding a bigger bike with the jezabels in the backround is still in my top 3 favourite vids. keep on going!

Jack-Richter (Feb 6, 2014 at 17:46)
Im pretty sure Dustin has a whole other spot on the property that has a massive step up... like massive. Look on Anthony Messeres instagram post.

MrMaloo (Feb 7, 2014 at 5:29)
wow, those are some beautiful jumps! stylish riding and nice cinemathography. *instantly added to favourites*