Stags are the best way to end a drive from Ontario to BC!

Join Pinkbike  Login
For the eighth time now I have made my way across Canada (Ok…from Ontario to BC, not the whole country, the damn place is too big!), even though I told myself many times that I would never do it again. Luckily this time I had an extremely memorable happy ending.

Not to discourage anyone that hasn’t made the trek, because everyone should do it at least once… but driving through the prairies eight times is 7 times too many.
3 days into my drive I realized that I had been driving and sleeping in the same seat for nearly 72 hours, and that my seat was the source of bruised ass and soar back.

As I was approaching the Crowe’s nest pass about an hour outside Calgary my phone rang. It was my good friend and race partner Eric Goss (Giant Factory team) sounding stoaked and enthusiastic as usual. First question he asked, "where the hell are you?" “Crowe’s nest pass” I said to him “perfect, this is what you’re going to do”. From there Eric directed me to drive directly to Nelson, unpack my car, pack for an overnight ride and hurry to Rossland as soon as I can be there. It sounded like a great idea after spending 3 days in a car, so I told him straight up “WORD!”

The night before, Eric and his wedding party (5 dedicated groom's men) hiked a keg to the top of Old Glory just outside Rossland, BC. They spent 5 hours leap frogging this Keg to roughly 8000ft up a steep ass-hiking trail. A few of the guys mentioned the next day that it was the hardest thing they have ever done. Props to them though. When I finally made my way to the top of the mountain with my DH bike in hand and the worst feeling legs from my trans Canada voyage, there was a full keg of the best tasting beer cooling in the snow waiting for us. When I made my way to the top of Old Glory, I was exhausted, delirious and truly mind blown to think that these guys did that hike the day before with a keg of beer. That is dedication. 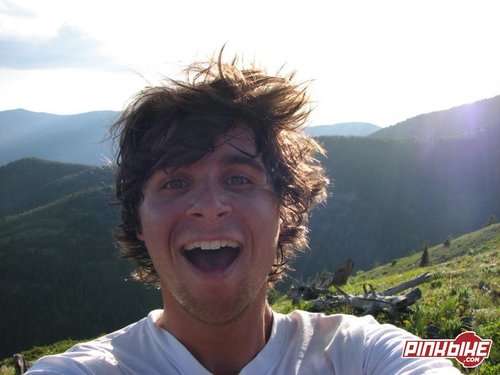 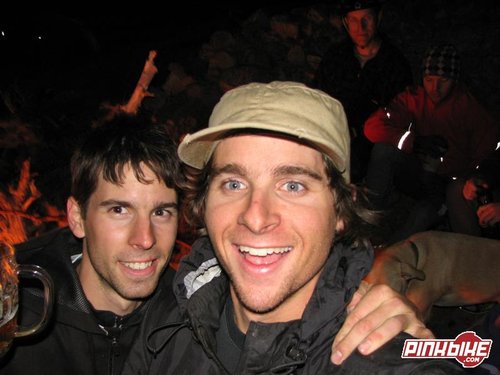 We spent the night huddled around a fire getting polluted and talking dirty about the ladies. It was awesome! We dominated a keg and a bottle of scotch…and I am amazed that none of us fell of the mountain that night. 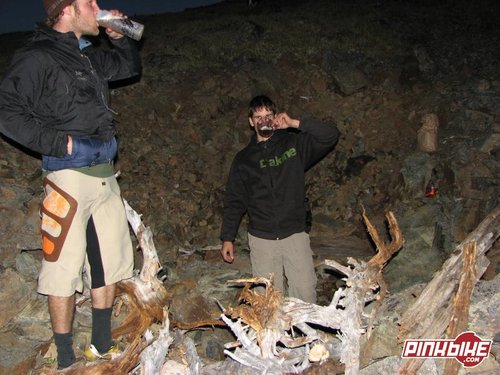 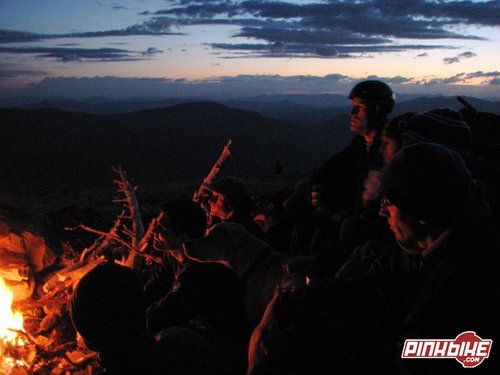 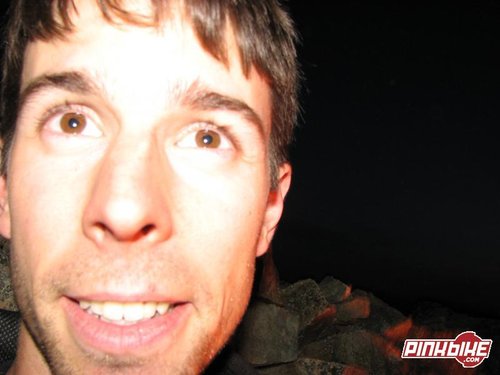 We awoke in a thick cloud floating around us (our minds weren't much clearer) at about 8000ft. It was a messy scene in the morning with wounded soldiers stumbling around everywhere. We packed our gear, fueled up on the remaining water that was left and made our way down the mountain. 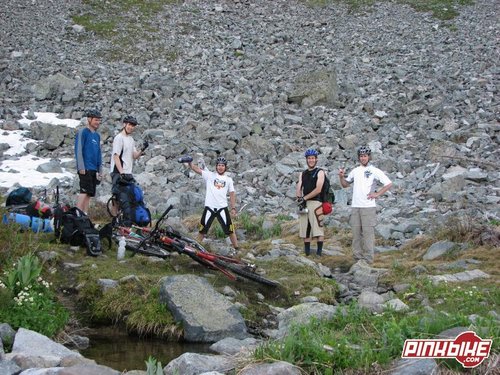 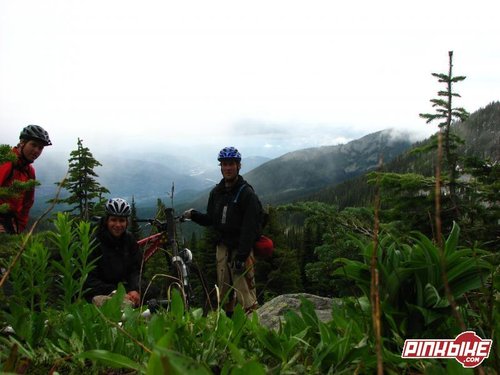 Our ride was a slim 6800 vertical feet from the top of Old Glory to the base of Oasis. Holly sheheight, what a ride. I honestly felt like I was dreaming as I rode my bike through the clouds. I’m thinking the party had something to do with it, but needless to say it was a very unique ride, and a very special way to spend your bachelor party. Good on you Eric for putting together another sick adventure. The trail down was phenomenal! Super flowy single track, amazing natural features, flow flow and more flow that seemed to never end. What a way to spend your stag! 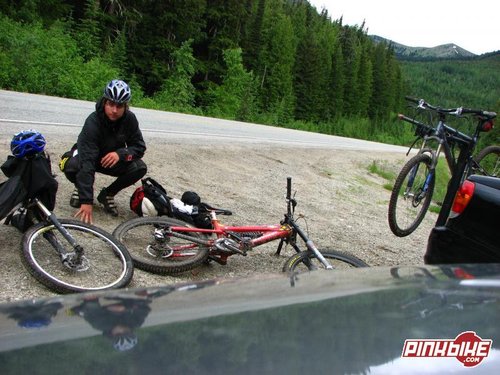 Finally after my epic trip home to Nelson, I decided to put my life in storage and live out of my car for the rest of the summer. Simply tour around with my bike racing and riding wherever I can. So two days later all of my things where neatly packed into rubber mate bins and put into storage. I am now homeless. It feels a little crazy at times to not have a home base, but I'm looking forward to all the great rides and adventures I’m going to experience along the way. My next stop is Golden BC to race Psychosis. One of the coolest events around, be there or be square!

Congrates to Eric and Cathleen Goss on tying the knot! See you all at the races! 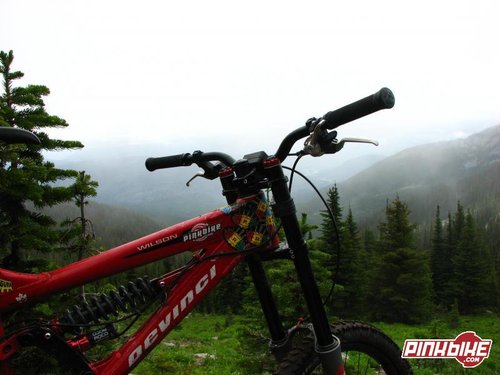 Derek is a member of the Pinkbike.com/Devinci DH team and is supported by:

As well as being individually supported by Oso Negro Coffee, Smith Optics, and his Mom & Dad.

stephbowcycle (Aug 8, 2007 at 0:24)
Homeless? I didn't realise you were that sketchy, or I never would have camped next to you guys in Golden!!