Join Pinkbike  Login
Spectacular mountain bike downhill action, a merciless gnarly alpine race track, downhill’s who-is-who teamed up with rookie racers in a unique team competition – these were the ingredients for the Nordkette Downhill.PRO on September 8th 2012! On this wonderful sunny fall day, the Scott Nordkette Singletrail right above the city of Innsbruck, was the exceptional venue for 5,000 cheering spectators who saw mountain bike action at the highest level. Team “MS Mondraker” claimed the title once again with an exceptional team performance. Top-rider Sam Hill of Australia set the fastest time of the day and at 9:21 min a stunning new track record! 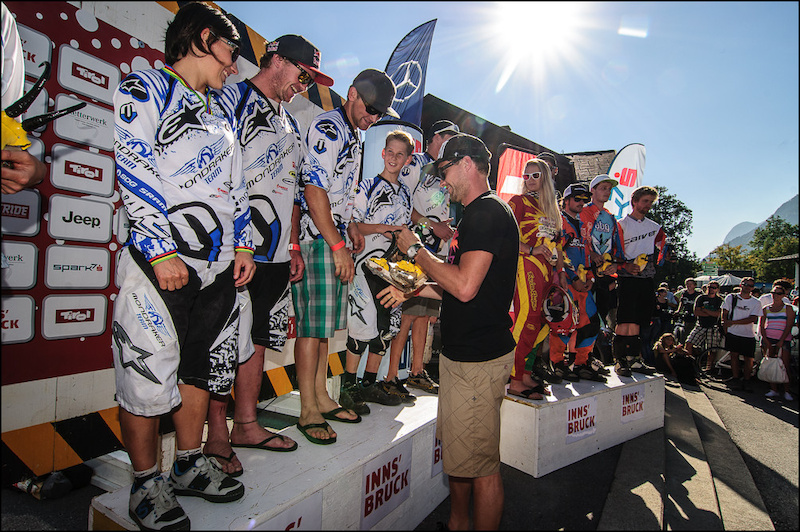 The victorious team of the day was once again “MS Mondraker”. Emmeline Ragot (FRA), Brook MacDonald (AUS), Markus Pekoll (AUT) along with local rider Martin Falkner (AUT) and rookie Till Ulmschneider (GER) dominated the race and made the top spot of the podium. Emmeline Ragot (FRA), second at the world championships a week earlier, controlled the women’s race at 4:47 min. Women and rookies, starting half way down the men’s track, delivered precious points for their teams.

“Monster Energy Specialized Team” with top star Sam Hill (AUS) finished second place. The several times world champion, who arrived without his injured team mate Troy Brosnan (AUS), was the fastest down the track today and showed to be impressed with the race track: “A massively long and tough track! I tried to make not too many mistakes and hitting all the lines. I was pretty impressed with the crowds cheering along the track! Great Race!” 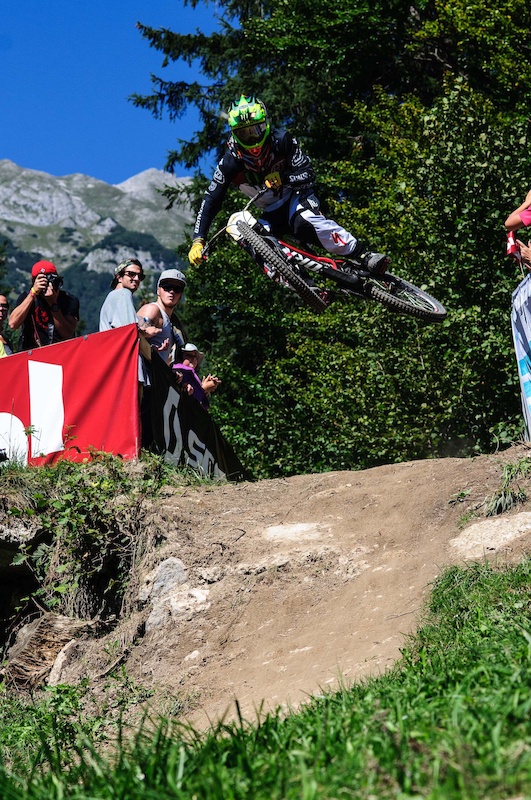 Top-rider Sam Hill of Australia set the fastest time of the day and at 9:21 min a stunning new track record!

“Dirt Norco Race Team” claimed the third spot on the podium. It’s the second time racing for the Irish team here in Innsbruck in the Tyrolean Alps. 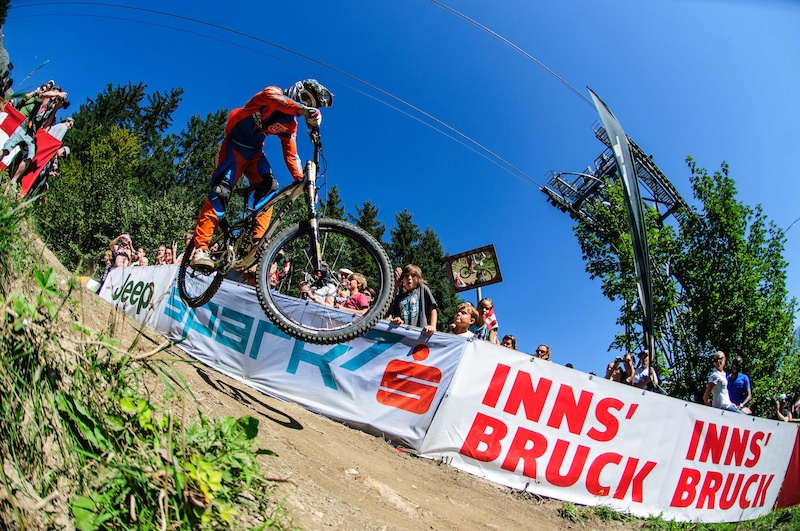 Austrian junior downhill champion Andrè Lezuo had a very special race. Reigning world champion Greg Minnaar was so impressed with his performance in Friday’s training that he passed on his spot in the “CG Racing Brigade” to the rookie. After a world-champion-coaching the young racer showed his skills down the whole track, finishing at impressive 10:32 min and fourth overall with the team. 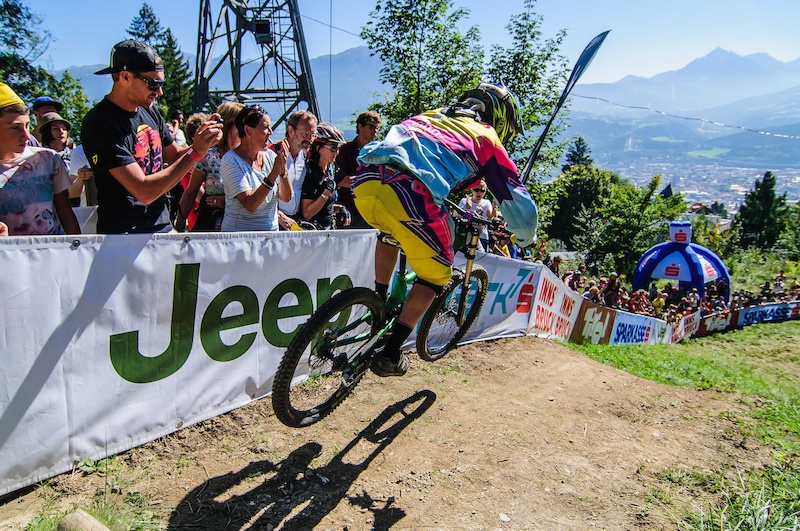 At a length of 4.2km, 1,030m difference in altitude between start and finish and a decline of up to 36 degrees the Scott Nordkette Singletrail is not for the faint of heart and demanded everything even from the world-cup pros. The successful introduction of the women’s class brought for the first time the fastest women of the sport on the track. Additional enforcements for the teams were the rookie racers at the ages 14 through 18, who had to qualify for the race and started from a different point of the track. 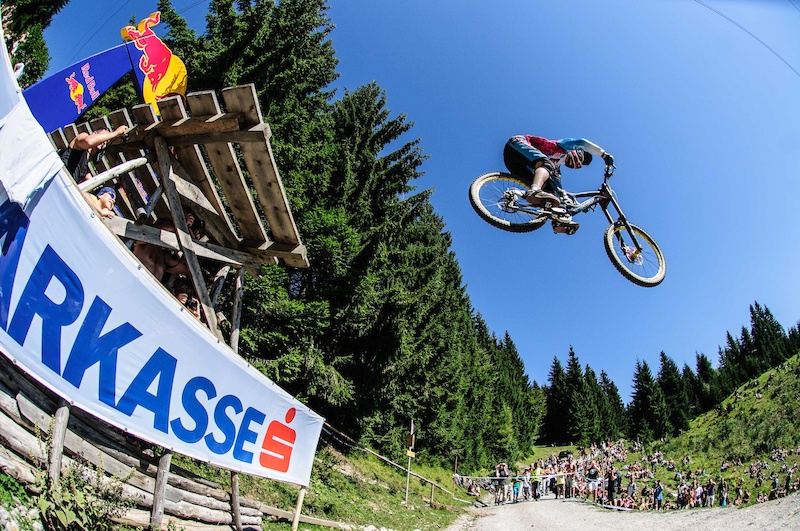 A spectacular race closes off a chilled out week for the invited top riders in Innsbruck, where they could relax form the world-cup stress and gather some energy for the last world-cup stop in Norway.