Fails For Your Friday

Join Pinkbike  Login
Elliot Jackson - Sea Otter Slaughter: The best part about this is his choice in footwear. Comfortable AND stylish.

Trevor Siebert Goes down HARD: Sending it like Robbie Bourdon circa NWD 9.

Best Crash Save of the Year? We think so. This almost isn't even a fail.

Best crash save of the year?

Eating Dirt: Road gaps come in all shapes and sized... and they don't always go well.

Sand Pit Sender: This gap is sweet! Hopefully he stomps it next time.

That Escalated Quickly: Carved a little too hard.

"YOUR GOOD, YOUR GOOD ON SPEED"

Worst-case Scenario: Or as the Trailer Park Boys like to say ''worst case Ontario.''

Didn't Quite Land It: It's safe to say this is most riders' worst nightmare.

British Downhill Series Crash Reel: Proof once again that not everyone can ride mud like Danny Hart.

California Crash Reel: Aptos may have some of the world's best dirt jumpers but even they don't land all their tricks first try.


Mark Matthews - Slammed: Mark wanted to put an exclamation 'mark' on his latest video but unforuntately it didn't quite work out. Full video here, it's awesome. 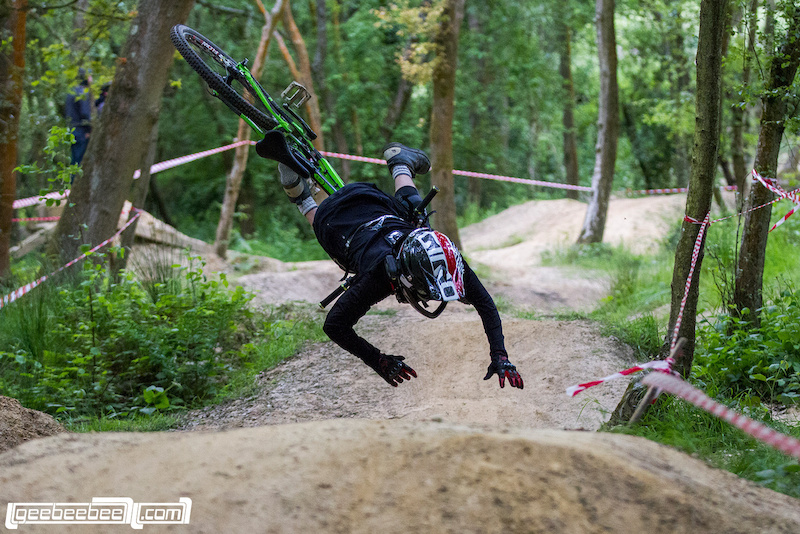 ricardoceu (Jun 28, 2013 at 10:48)
We shouldn't laugh at the very things that usually happens to us, but I just can't help it, hahahahahahahaha!

A-Nay3186 (Jun 28, 2013 at 13:12)
I'm really wondering what Elliot Jackson was going for because he definitely seat bounced the shit out of that jump hahaha

SirWilhelm (Jun 28, 2013 at 15:43)
My cheeks hurt from laughing, my wrist hurts because its broken! Every crash I asked myself " wonder how his wrist is feeling! Because mine hurts from just watching"

scott-townes (Jun 28, 2013 at 16:13)
This is the best fails for your friday yet! Not only death-defying falls but so friggen hilarious.

rclugnut (Jul 7, 2013 at 6:04)
sir whilhelm i know the feeling, just took out my lower leg/ankle yesterday on a complete fluke

Lilshredman (Jul 7, 2013 at 7:57)
Yeah, I was riding my bmx, to check the surf, wearing no shoes, (forgot about that bit) and now got a huge abrasion on the side of my foot that is infected.

SirWilhelm (Jul 8, 2013 at 21:44)
rclugnut, you casted up or just down for a bit? I get my cast off Friday and boy does it smell like it! Did go on a small ride the other night and all was well until my shifter smashed my immobilized thumb after going over a log! Made the wrist feel better though haha

Hope you and lilshredman recover quick

rclugnut (Jul 9, 2013 at 5:41)
Thanks and i get casted tomorrow, i'm in a splint right now for swelling. And yeahh washed out on the end of wet bridge to a 6 inch drop into rocks, real derpy i know but i was an idiot and tapped my rear brake.

motowhip (Jun 28, 2013 at 4:58)
Holy Sh**! I hope de guy at mountain style chatel survived the landing. this must be murphys law. first you crash wihle landing and then you fall off a cliff. that sucks really bad!

riggadon (Jun 28, 2013 at 11:50)
It seems like most DH crashes dont seriously injure the rider. Idk if its the protection or general badassery of donwnhillers, but ive only had to stop riding because of a crash once. Seperated my shoulder :'(

cyrix (Jun 28, 2013 at 17:31)
They were actually riding pretty damn well up until that little corner. Looked plenty fast to me.

i was The ginnypig for the new gap.

Peakish (Jun 28, 2013 at 5:45)
Have to say in response to "when do OTBs ever go right?" I once had an otb where I was forced to do an emergency stop behind an idiot in a 4x4, in toe straps on a flat bar road bike, and ended up leapfrogging over the bars onto the pavement! (sidewalk for you american folks) Safe to say I was stunned and amazed!

apparently I don't have your leap frog abilities

Johnsonwet (Jun 28, 2013 at 10:15)
crashes su*ks！but on the other hand most of us will get crash when we try to push our riding skills' standar or want to try something new.maybe it is also a part of our ride life.but still remenber the thing what we call safe riding.we still have responsibility for our family and love.am i right?

N3Rd5 (Jun 28, 2013 at 20:57)
I bet you every frame flexes in these situations more than you realize, they just happened to have a decent camera/angle on the crash. gotta give it to him for style though ;P

bnegative (Jun 29, 2013 at 5:33)
True. Those parts can't be unflexable, otherwise we would ride rocks with suspension.

keener1830 (Jun 28, 2013 at 6:06)
Great way to wake up in a hospital bed waiting for surgery to close up a broken arm from a nasty crash. Thanks PB for a good laugh and i hope the dude that went over the cliff is ok.

haristheodoropoulos (Jun 28, 2013 at 8:29)
Oh man i having so much laugh with the first video and i literally can't stop watching it. I thought only Italians where that stylish but this guy.....BRAVOOO!!!! YOU ARE AWESOME!!!

pittman9 (Jun 28, 2013 at 9:57)
In that first video, doesn't it look like he is wearing moccasins? I guess my Sunday riding attire has been wrong this whole time...

camhayes (Jun 28, 2013 at 8:10)
but remember that language is not acceptable around little bikers