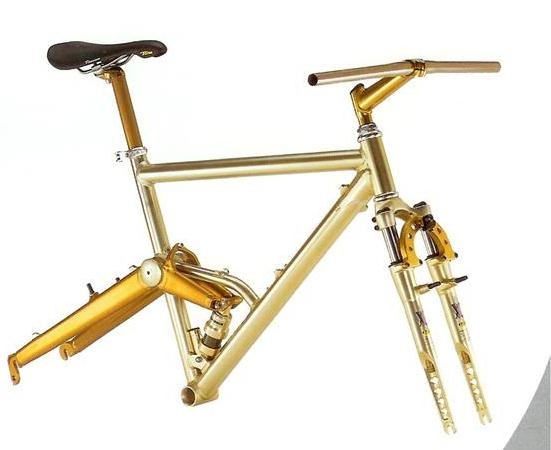 Sintesi Bromont is perhaps the first ever DH bike produced on a mass scale. The name Bromont was given in order to commemorate the victory of Dave Cullinan, who won the Downhill World Cup in Bromont, Canada, in 1992. 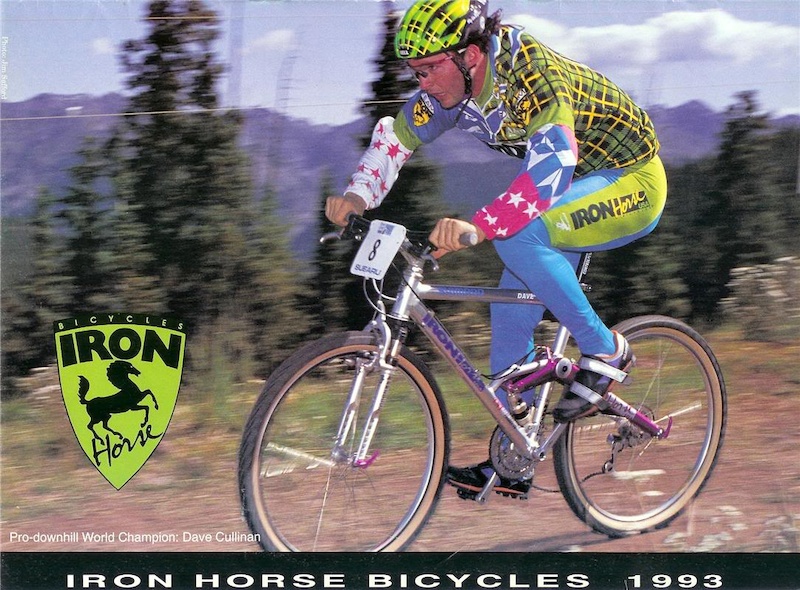 This little known, one might think, downhill bike was designed by Marzocchi and was produced by the Italian specialists in aluminium - Verlicchi.

Many of the best DH riders rode on Bromont, such as Dave Cullinan, mentioned above, Rob Warner 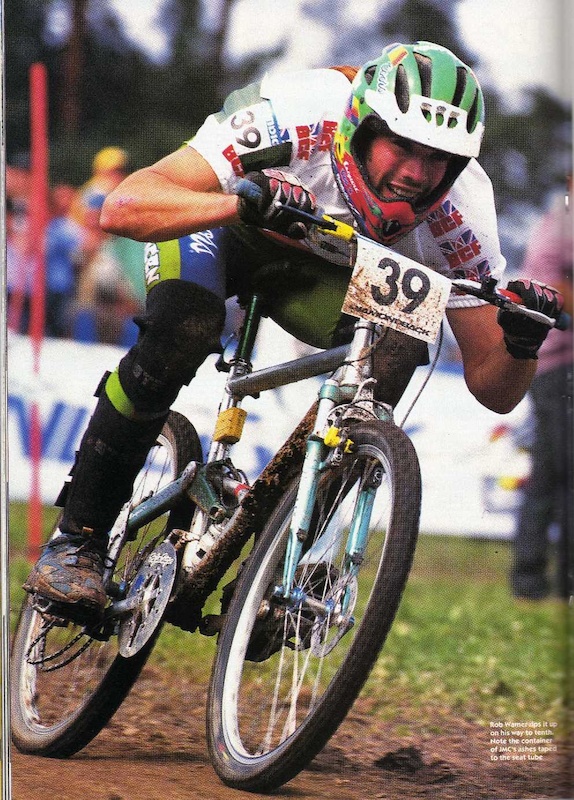 and freeride legend Andrew Shandro, to name a few.

It should be mentioned that Bromont was available under the following brands: Sintesi, Iron Horse, Kona 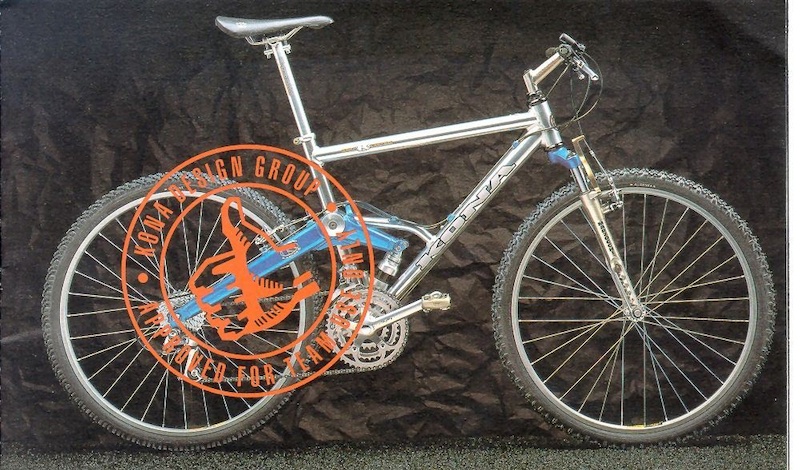 and Saracen. A similar frame, also manufactured by Verlicchi, was used by the Diamond Back DBR Racing Team 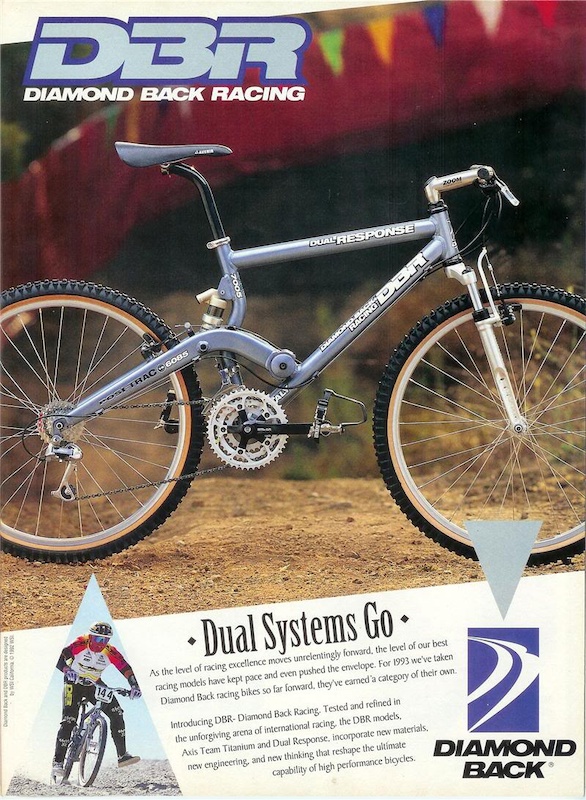 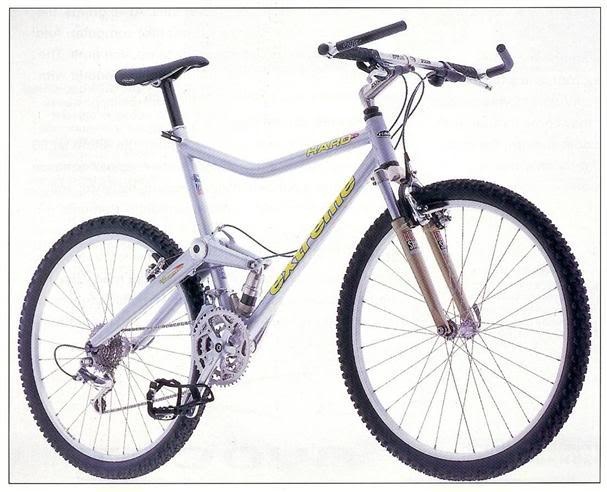 My observations of the development of the DH bike during its rather short, about 20-year-long history, led me to write this text. 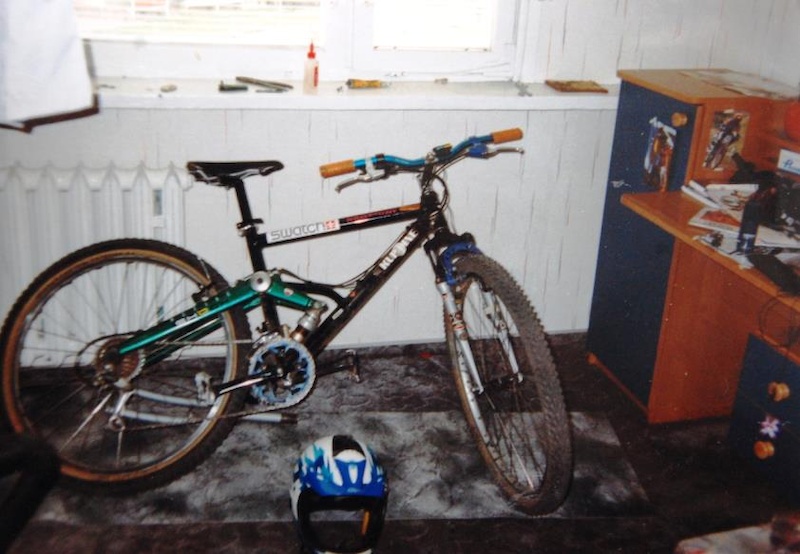 I remember clearly my first mountain riding on a Bromont in the Sudety mountains in 1995. 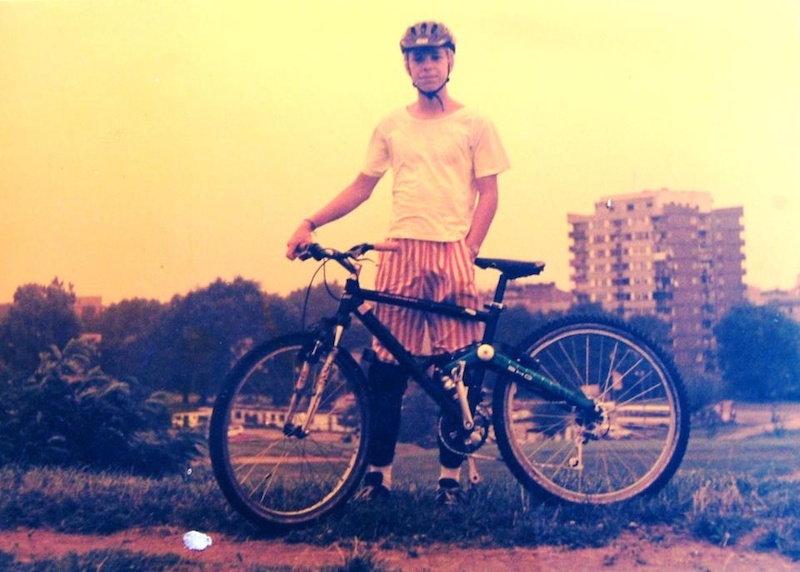 This experience was phenomenal; the 55 millimetres of rear suspension travel made it possible to "swallow" big rocks. An interesting fact is that Marzocchi designed an oil-air shock absorber that weighted 335 grams, especially for this frame. 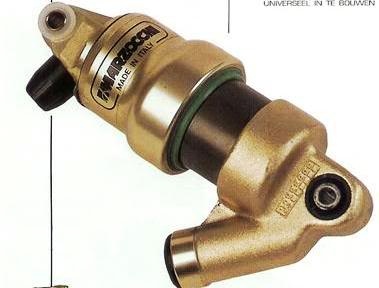 This shock absorber manufactured in Italy worked within the range of 5-15 bars and together with the single pivot frame design formed the so-called Active Shock System (at least according to its constructors’ plan).

The suspension was supposed to work independently from pedalling and breaking, but actually I remember its bracing and the sensation of catapulting the rider after the slightest use of the rear brake as well as rocking like in a Mexican lowrider while pedalling.

Now a few words about the geometry ... 558 millimetres of top tube and 429 millimetres of the chainstay (rear triangle) – these are lengths similar to those of contemporary bikes, but the head angle is 71 (!!!) and the seat tube angle is 73.5 degrees!! These are the values characteristic of the bmx and mtb dirtbikes. In comparison to 63 degrees (head angle) in modern DH bikes, they seem to be like choppers.

Riding on a Bromont was like riding on a 4x bike, and I must admit that I liked it a lot.

My Bromont broke down after 2 months of riding (the main pipe frame around the head snapped) and due to this it was my last Italian bike. The follower of Bromont was the iconic Bazooka, whose successive models got progressively worse until the end of its production.

Nowadays manufacturers launch new DH bike models on the market all the time. The production of the first downhill bike must have been a big challenge, as no company producing mainly bikes, even those having vast experience, decided to produce those bikes. However, two companies took up the challenge: Marzocchi, originating from the motorcycle industry, and the industry-related auto-moto company, Verlicchi.

geoffwaugh (Jul 29, 2013 at 3:32)
The image of Steve Peat is my copyright and was used without consent or renumeration - or even a credit. Please desist from such practices.