Join Pinkbike  Login
Heather Irmiger – winner of the NORBA NCS cross country at Brian Head and sixth place overall in the NCS Series – has joined the Subaru-Gary Fisher team for 2006.

“Heather was already a big part of our program last year,” says Team Manager Jon Rourke. Heather raced for the Gary Fisher sponsored Tokyo Joes team, and at National events based her endeavors out of the Subaru-Gary Fisher team truck. “She brings such a youthful exuberance to everything she does, working with her in the past has been great and it will be even better having her as an official member of the squad. She really earned this. She had a great year last year with eight NORBA podiums, and will have more time to focus on racing and training this season. I am very optimistic about her potential.”The 26 year old Irmiger comes from Boulder, CO where she continues to live today. While in college at the University of Colorado Heather found success in cycling. At CU, a traditional cycling powerhouse, Heather earned an individual National Championship in both downhill and omnium and was three time member of the NCCA All American Cycling Team. She is still involved with the CU team as an advisor, annually speaking to the team before Nationals to offer her insight. 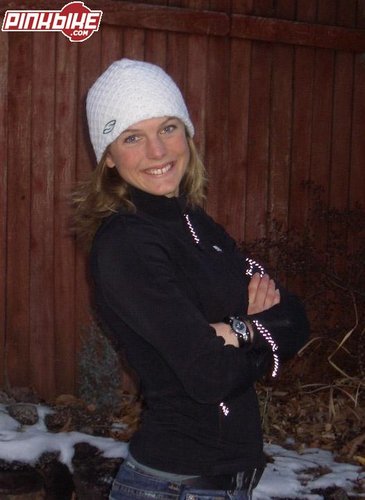 Cycling wasn’t the only thing that she focused on in school. She majored in Kinesiology during her undergraduate studies, and continued her schooling to eventually earn a Masters in Applied Physiology.

Heather has had a hard road to her first factory team sponsorship. “In the 2000 US National Championships at Mammoth I won the women’s expert cross country. The next day NORBA let me upgrade to pro to race the short track. I had a crash but still did really well and finished 21st.”

For the next three years Heather was plagued by a lingering knee injury that created a barrier in her progression as an athlete. “I would train really well early in the year and things would go great, but then the pain would come and I couldn’t even train.”

Heather’s current husband and teammate, Jeremy Horgan-Kobelski, was at the time of the injury an excellent advisor. “Jeremy was always really helpful in reminding me that I was really young. And that this was one season in maybe fifteen as a pro and someday I wouldn't even remember being hurt.” She eventually got an accurate diagnosis of the injury and had surgery to repair her knee.

Heather spent two years racing to full recovery on the Tokyo Joes team. “Working with Tokyo Joes was awesome, Larry the owner is great, and he is so into cycling. He is so amazingly supportive and has such good energy that being associated with him makes you feel so good. I’m sad to leave, but am really excited about this opportunity.” 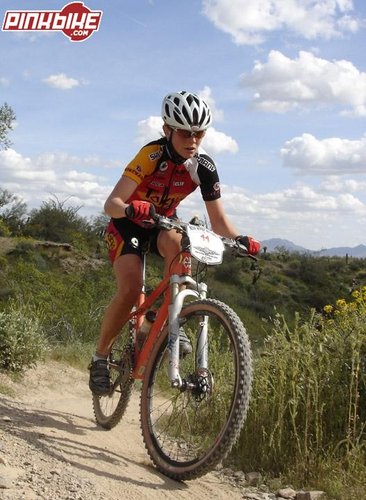 For 2006 Heather will focus on the NCS Series, the US National Championships, and North American World Cup events. Her signature strength is on climbing courses, but she is training for more power next season so that she can contend for a win on any course.

Subaru-Gary Fisher is thrilled to have Heather on the roster and looks forward to a fabulous season working together.

The Subaru-Gary Fisher Race Team is proud to be sponsored by: