23 year old achieved his dream and changes history by building and riding the biggest set of BMX dirt jumps.

The final video release for Professional Freestyle BMX rider Dane Searls sees him successfully ride the biggest dirt jumps in history, clearing distances up to 60 feet (18 metres) on a BMX.

The Giants of Dirt Project began in 2010 when Dane Searls brought the idea to Unit Clothing, his sponsor. Over the next 12 months, together they built and tested the line of jumps in Boonah, (west of the Gold Coast, Queensland) on the farm of fellow Unit rider Freestyle Motocross Pro Matt Schubring. Sheer determination saw Dane push through many painful crashes and set backs, including the devastating Queensland floods of 2010. Dane finally completed his life long goal in November 2011, by riding and pulling tricks through the entire set of jumps. Giants of Dirt 3 is the realization of Dane’s dream. 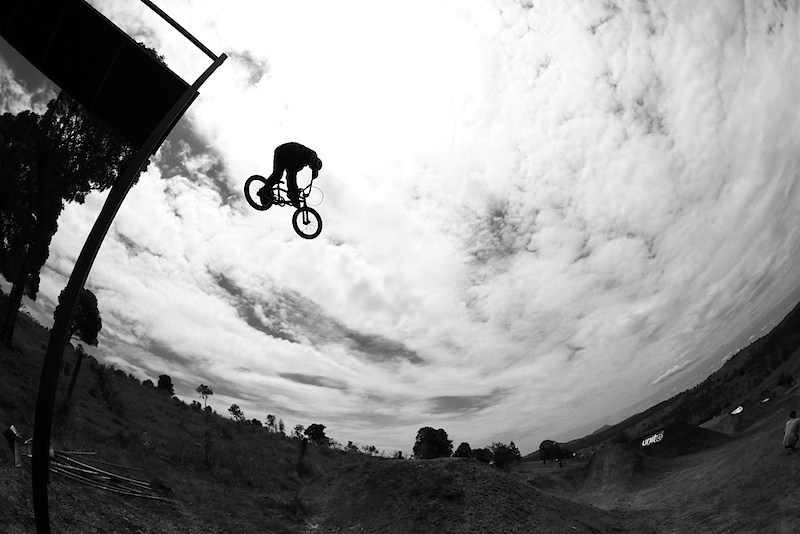 A custom built drop in ramp was constructed and the final jump in the set of four jumps measures 60 feet (18 metres) from dirt take off to dirt landing.

Two days after fulfilling his dream, Dane was involved in an accident and suffered critical head injuries, placing him in a coma for five days. Dane passed away on November 25, 2011 in hospital due to injuries sustained.

His death sent shock waves through the BMX community and he will be long remembered as an amazingly kind person and as a professional athlete who pushed the boundaries of the sport of BMX.

At this time, the Searls Family request they not be contacted for interviews. 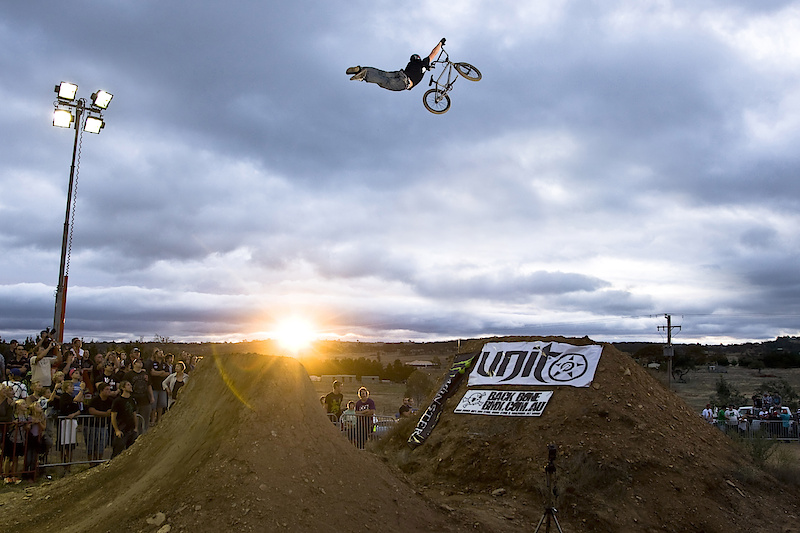 hoolydooly (Dec 19, 2011 at 20:37)
I knew this was coming out because he took the fatal fall at the after party. So glad its finally here, yet so sad that is us under these conditions... Ride In Peace Dane Searls! You bloody legend!

fantaman (Dec 20, 2011 at 15:26)
Pinkbike needs to make this vid VOD in honour of Dane Searls,bummer his gone such a legend of the bmx sport.

c2crider (Dec 19, 2011 at 17:17)
Ride on Dane, that was mind blowing. You're in a place where the trails are prime and the weather's great for riding i'm sure. You will not be forgotten

waterfall99 (Dec 19, 2011 at 17:18)
So happy he managed to complete his dream of accomplishing this set before passing! Truly a legend!, Ride on Dane!

scott-townes (Dec 19, 2011 at 19:16)
I wouldn't say happy as I bet he had a lot more in that insaniac head of his but man... what a note to leave behind! I couldn't be more stoked on the doors he has just opened up for the sport that he loved so much.

rmx1 (Dec 19, 2011 at 20:19)
wow.. those jumps are MASSIVE i can't even imagine being able to ride those as smooth and relaxed as dane.. amazing think what he would have pulled on those if he had more time he'll be missed for sure and he definitely won't be forgotten any time soon!

superpowerphil (Dec 19, 2011 at 20:24)
the man rode it hard and never cheaped out on himself. Hopefully they do go big and create another sick, mind blowing, awe inspiring segment to dirt jumping. He laid the foundation for the next generation of dirt digglers to go forth and yump!

norcocensored (Dec 19, 2011 at 23:14)
those airs were sick! watching this is soooo awesome,yet so sad.reading about his story and the tragedy,gave me a sense that as if i knew him (it would have been pretty rad if i did),that being said,RIP dude,you'll be remembered for how u lived it up.watch over us bro!

RustyShackleferd (Dec 20, 2011 at 2:49)
His life was cut way too short! His riding was legendary and he will live on forever as just that...a legend! Bless his friends and family in their time of pain and healing. He left a giant hole in the heart of our community.

steezysam (Dec 19, 2011 at 22:08)
This actually brought a tear to my eye. So inspiring that he completed a life long dream just before the end of his life. RIP.

alanworley (Dec 20, 2011 at 22:30)
Truly inspirational. Makes me want to get out there and achieve some of my own personal riding goals. You won't be forgotten Dane Searls!

vt6spd (Dec 21, 2011 at 19:26)
WTF! Amazing- his dream came true- he got to taste ultimate success, changed the world and exited without a bow. He has left massive shoes to fill. Ride in Peace.

Jamesb-uk (Dec 19, 2011 at 19:02)
Relentless motivation to reach his goals no matter what! Great riding and a very nice video to go with it.

alexshirley (Dec 19, 2011 at 19:10)
He just said something about them waiting to put this video up after he died on purpose as some sort of sick joke. It's all good though we all have dumb thoughts sometimes.

MochaMan72 (Dec 19, 2011 at 20:53)
Positive prop this if you were also jacking off to the 60 footer Keep hitting up those 60 footers up there for me in swagga heaven RIP bro
Below threshold threads are hidden

superAdh (Dec 19, 2011 at 21:56)
so how about unit or pinkbike actually invest their money in something worth more than an advertisement that plays over and over on the side of your screen, or umm i dunno maybe show some sort or respect or acknowledgement of the fact that he is gone.. he ripped. †.rest in peace .dane searls.†

Makk-daddy (Dec 19, 2011 at 22:57)
@superAdh Unit has contributed tonnes to Dane Searls and his family since his passing. Within hours of the accident happening that would ultimately claim his life, Unit set up a Dane Searls Foundation and widely publicised and encouraged people to donate money. Unit led the way by donating $10,000 to the foundation.
On top of that Unit also churned out a limited-edition "Chinga" memorial tee within a couple weeks of his passing, which they sold for $20. Every penny of those teeshirt sales also went to the foundation.
Before you throw accusations about not showing respect, it might pay to do your homework, mate.
Post a Comment