Join Pinkbike  Login
5 Comments
ASHVILLE, NC—What happens when you take a couple of bike-geek engineers accustomed to making precision robotics, high-end golf clubs and medical equipment in a multi-million-dollar manufacturing facility and set them loose designing bike components? In the case of Industry Nine, a new Asheville, North Carolina, based components company, those engineers took a modest shot at reinventing the wheel. 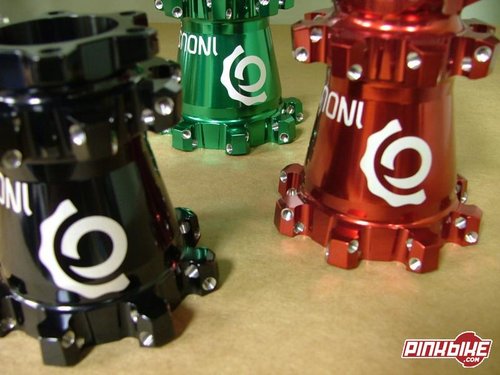 Industry Nine debuted at Interbike last year with its unique new wheel design featuring an integrated spoke-and-nipple design machined from a solid rod of 7075 T-6 aluminum. The spokes thread directly into Industry Nine’s proprietary hub and can be used with any 32-hole rim. Wheels can be trued with conventional spoke wrenches courtesy of machined-in wrench flats on the nipple ends. 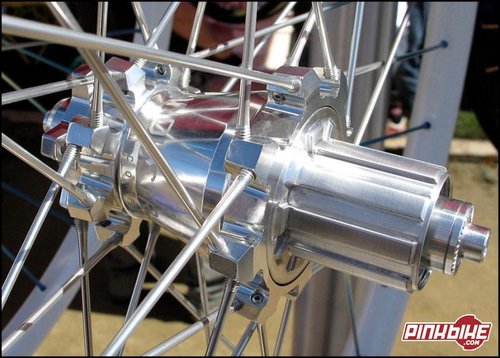 The bottom line for the rider is fewer parts and—because it’s all aluminum—a lower rotational mass than even some top competitors. In layman’s terms, that means you accelerate faster.

The process of milling each spoke from a solid bar of extruded aluminum takes about two minutes per spoke on a quarter-million dollar lathe. 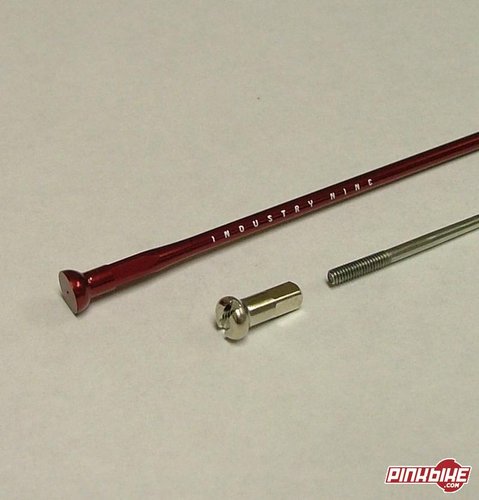 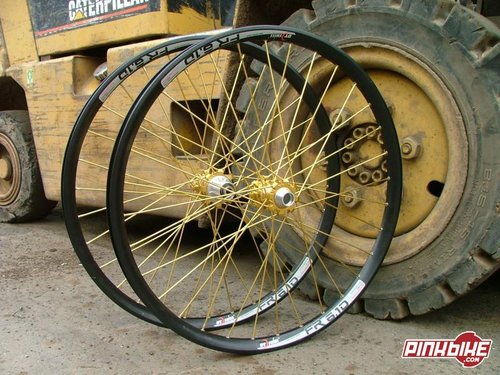 But don’t feel hampered by the stock offerings—at Industry Nine customization is king. Spoke gauge, length and spoke and hub color all can be made to order.

Industry Nine’s patent-pending spoke design is just part of the new company’s story. The company is also waiting on a patent for a new freehub body drive mechanism that it designed from the ground up. (Kiffmeyer said the company isn’t posting pictures of the internals until the patent clears, so to see how one in action you have to buy a rear hub and crack it open.)

The drive mechanism uses three or six pawls, depending on preference, for engagement every six or three degrees of rotation, respectively. 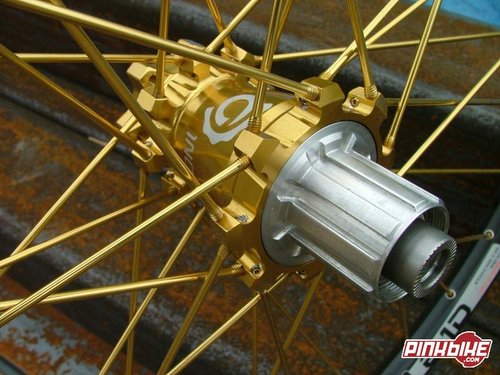 Whether the hub is set up with the three- or six-pawl option, it is designed to only have three pawls engaged at any given point. In addition to the hub’s quicker-than- average engagement, each pawl has three engagement ridges, so there are always nine simultaneous points of engagement.

To ensure that all those tiny engagement points stand up to even the angriest pedal mashers, the pawls and engagement ring are cut from A-2 tool-grade steel with a process called Wire EDM (Electrical Discharge Machining), an electrical erosion process that precision cuts already-hardened steel to a tolerances within .0001 of an inch.

Industry Nine hubs have hardened stainless steel endcaps and 7075 aluminum hub shells and axles. Freehub bodies are made from 7068 aluminum, an alloy with tensile strength 25 percent greater than 7075. Wheelsets come with quick release or thru-axle options, and the company now offers hub options for Cannondale Lefty and Maverick fork users. 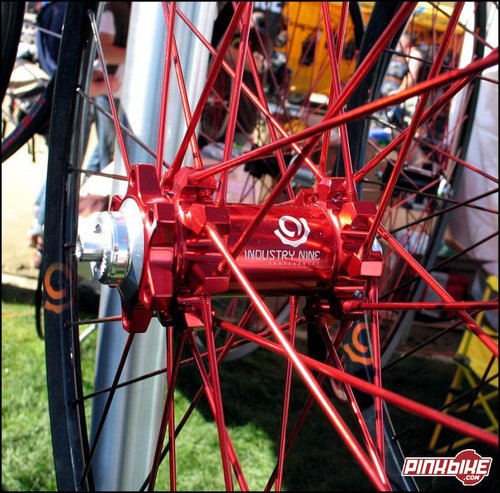 The only components the company doesn’t fabricate on its own are rims and Japanese-made cartridge bearings—front hubs get two, rear hubs get four.

All that precision machining will set you back about $850 per wheelset—a price point comparable to other aluminum-spoked wheelsets but well worth it in terms of performance and the ever-important “bling” factor.

“We’re very aware of how important look is, and we went for a modern,
clean and graphically appealing product to bring some color and excitement back into the wheel market,” said Kiffmeyer. “I want the customer to say, ‘I know it’s strong, I know it’s fast, but damn it looks good.’”

Since its Interbike debut Industry Nine has been steadily ramping up production and distribution. Along with road and BMX wheels, the company is working on a new line of stems and seatposts. 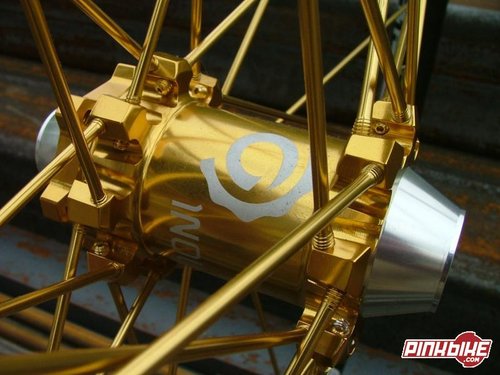 “We’re thrilled with how well it’s been received,” said Clint Spiegel, the company’s co-designer and vice president of its 120-employee parent company Turnamics, an Ashville, North Carolina, based design and manufacturing shop. Industry Nine shares some resources with the parent outfit but now has four full-time employees of its own.

Spiegel said he has worked with high-end golf products, tactical knives, robotics and industrial packaging machinery and has never met with such a positive initial reception. “The buzz and excitement level in the industry”—bicycles are his ninth—“have been great.” 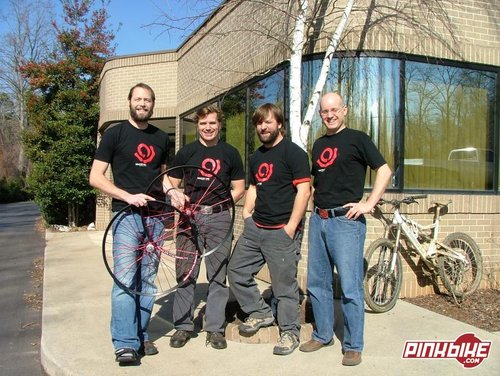