It was late last fall, with the Bikepark already closed and the cold and clouds moving in here in the Alps in Leogang, when we decided to shuttle some final runs. The first day we came up to the top station pretty early in the morning, and the fog was still lying in the valley. The dirt was getting hard, roots and north shores frozen and slippery. That was a pretty epic scenario. The riding was kind of different because the whole ground was frozen already, but still a lot of fun. We also got some shots from John hitting the 26trix jumps. That was the last shredding day of the season 2012, the next week it started snowing and the season was really over. But now the snow is melting already and we are already stoked and can’t wait for this season. 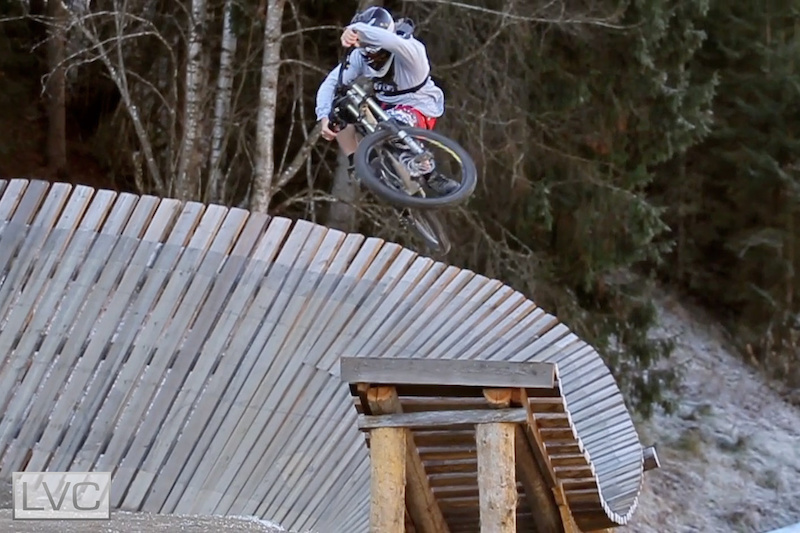 and why my comets always in blue color? ama no gay, girls regulary suck my dick!)

DownHillCooper (Mar 17, 2013 at 17:42)
coming from someone who loves dubstep and techno, even i agree that it sucks when combined with a biking video. but i do like other music too, so dont give me too much hate!

austineatonsantacruz (Mar 17, 2013 at 18:41)
Jack White stuff is just so cool for vids! Anyone who's seen that downhill video with Broken Boy Soldier on it knows what I'm talking about. And yeah, Two Door Cinema club has the right feel for sure

Panchogc (Mar 17, 2013 at 5:40)
Hello everybody I Will go to Canadá for a year for work And i want to meet people who can take me to the bike Parks, the place that i Will Live is Alberta so anything you can add me

nightmareterror (Mar 16, 2013 at 18:38)
Still looks like a killer time to me, challenging track equals great experience for any rider(s)!

drewfis (Mar 16, 2013 at 23:40)
REUSED SONG!!!!!! and it wasn't even the good version, let alone the fact that it was missing everything that made the original so good. Nar tricks steeps whips and most of all Micayla Gatto's round booty.