Join Pinkbike  Login
3 Comments
For the last 8 years I have made the pilgrimage to Golden BC for the Mt.7 Psychosis. Ya I missed year one as I was too busy trying to ride XC before discovering the joys of Gravity assisted riding. Each year since that momentus introduction to Dead Dog I have been stoked to return and eager to see the looks on the faces of the riders that are now experiencing it for their first time. This year I rolled out with fellow pilgrims Rich Jarman, Amber Zirnhelt, Kat Duffels and Ryan Potma. The road was long but as always it was a great time!We rolled into Golden in the middle of a heat wave-temps had been hovering in the high 30's for the past week and the weekend was no different. Straight to the top of Mt.7 was the destination as everyone was eager to get their tires dirty. 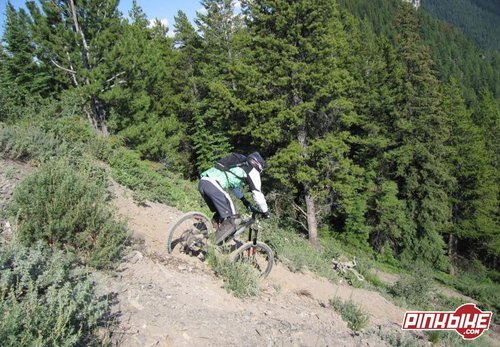 The very first run claimed a fork on one bike and the brakes on another, so the crew's moral was down a bit but not beaten by any means. I hit up another tour with Team Alberta and Quesnel before the darkness set in-on which Quesnel hit up the Big ol' Air blind-SICK!

Saturday morning brought out all the 5K racers for their race. Some of the keeners were signed up for both 5K and the Top of the Launch on Sunday. Pro's and Sandbaggers were only able to train the top half of the mountain while the race was on, but this still meant that folks had time to get hurt. Thankfully Ian Foss and the rest of the S.A.R.s crew were on hand to pick up the riders that had complications and keep the training down time to a minimum-Good Work Crew! 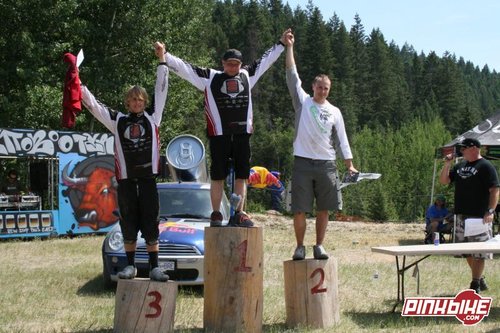 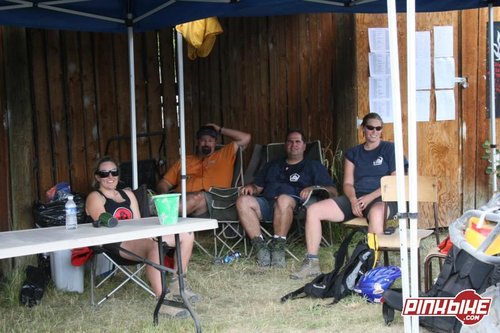 Search and Rescue was on hand to retrieve downed riders in the remote spots of the course.

Practice ran until the course was shut down for a "flushing" of Dead Dog at about 8:30 pm. Yep a large group of volunteers joined the trail crew and went to work on the section known as Dead Dog. Scott Belton loaded up 1300 Gallons of water into his German Monster truck and then ran out 1000 feet of hose. Word on the street was that the pressure at the end of the hose at the base of Dead Dog could have cut a new trail out there. The work was done and the volunteers headed back down the mountain at around midnight, leaving a much safer course in their wake.

The racing began the next morning with the Sandbagger Ladies and were they ever a happy bunch now that they were cleaning Dead Dog. The smiles on their faces was well worth the work that the volunteers put in as you could tell that it was so appreciated. They were followed by the Sandbagger Men, who were also so stoked on the new found traction on Dead Dog. 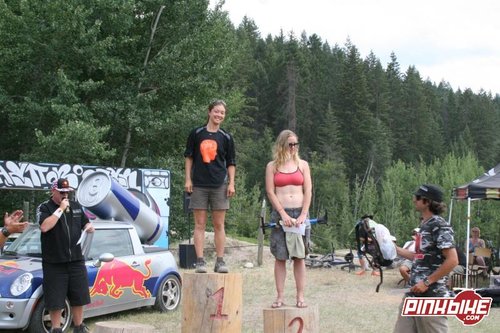 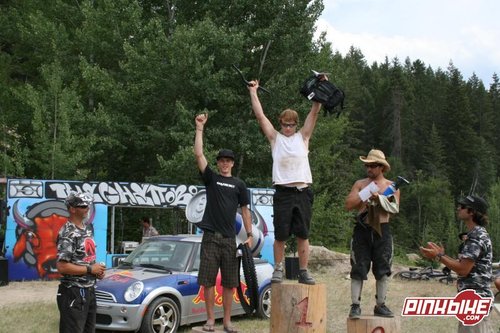 Races with no lift access require good old fashioned shuttle set ups. Thankfully Golden is a town that understands the importance of shuttling and has some of the best shuttle set ups around. Scott Belton brought his Mog out to help and Aaron from NME Tours had both his rigs running in tandem to keep riders on the trails and not in line waiting. 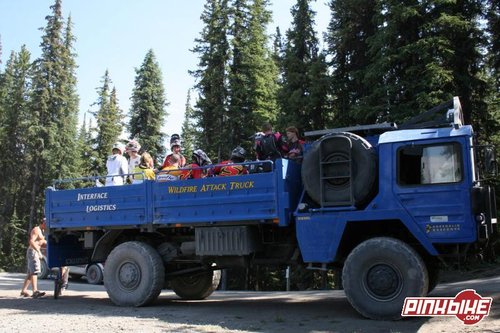 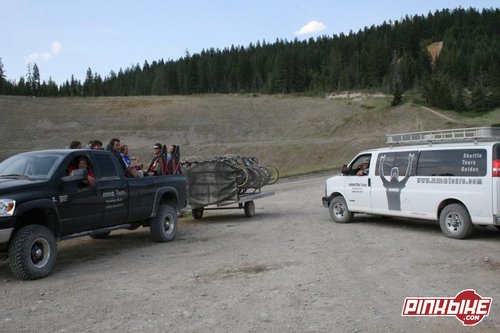 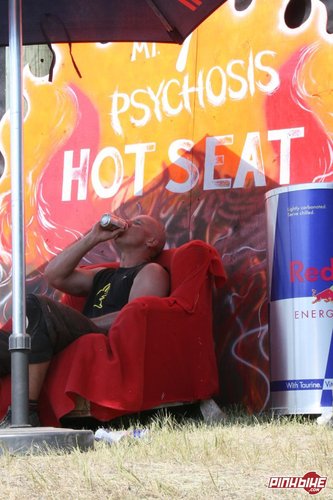 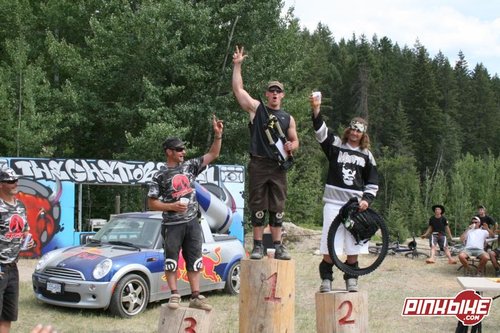 In the days leading up to the race, the Collective film crew was in town setting up and scoping lines to film. They covered the whole course from top to bottom in all its burly glory. The segment should feature large amounts of riding from Tyler Morland and Steve Smith, with appearances from Sam Hill, Amiel Cavalier and other hella fast rippers. Seeing the film crew in Golden really makes me want to see the whole new movie once it hits shelves. 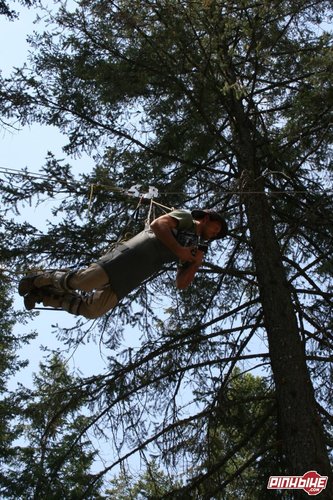 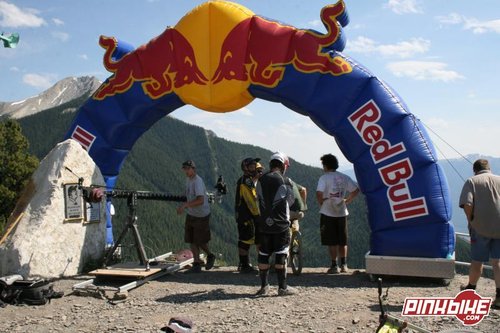 Obviously races of this proportion don't just run themselves, they require a large volunteer base of dedicated individuals. Each year the town rallies together behind this event and the volunteers come out in full force. A HUGE THANK YOU GOES OUT TO ALL THOSE THAT MAKE THIS EVENT HAPPEN YEAR IN, YEAR OUT! 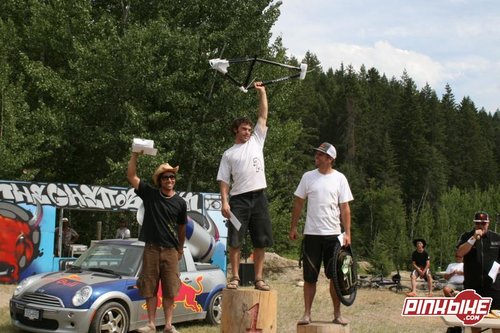 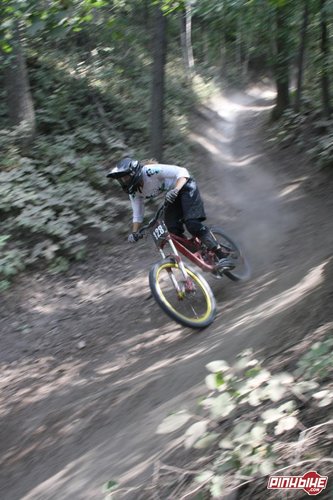 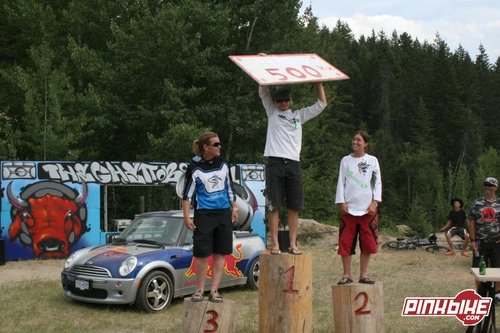 With all the riders dropping in from the top of the mountain, the lower sections were getting really exciting with passes as the faster riders were bridging the 2 minute gaps. 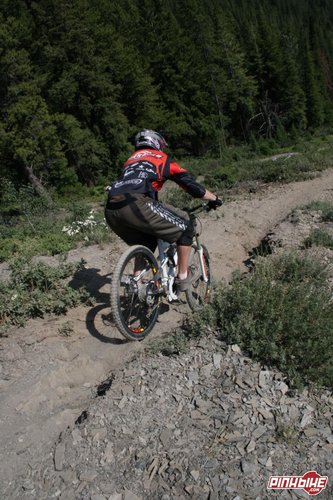 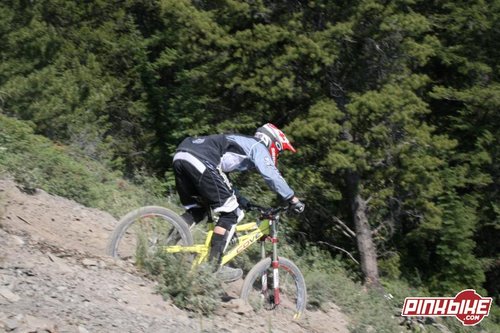 Great Random shots of riders pinning it and having a good time: 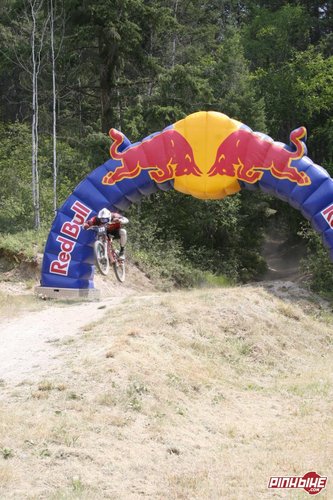 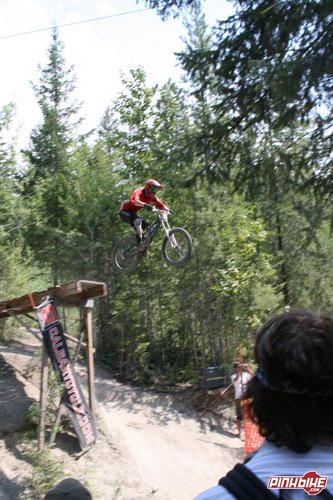 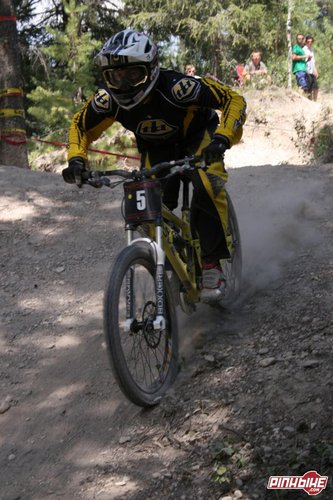 Once the dust had settled on the course and the times were double checked, it was none other than Mr. Sam Hill walking away with a cool $5000 for his efforts. It only took Sam two and a half practice runs to dial in the bad ass course and let it all hang out for 12 minutes and 49 seconds to set a new course record. 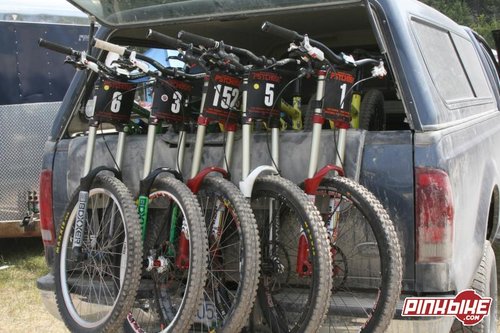 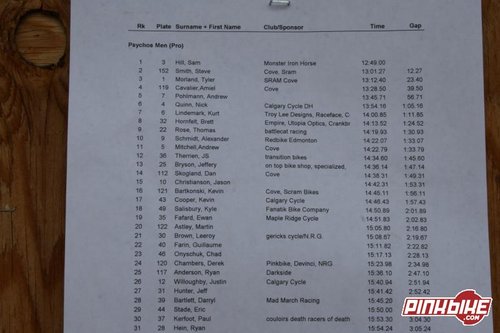 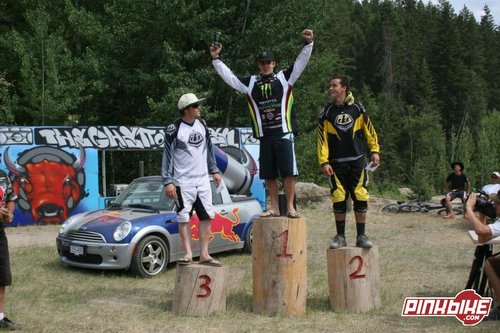 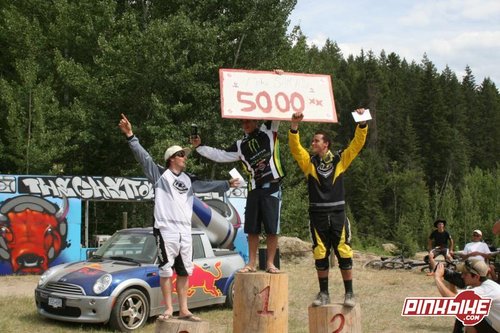 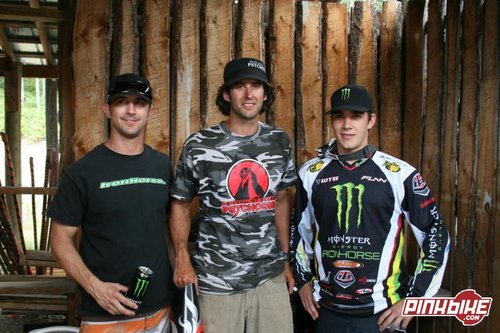 It was great to see the Top World Cup DH racer show up in Golden BC and show us all that the next level is bad ass. Great job Sam!

The podiums filled as winners were announced and from there vehicles were loaded up and all of us headed back to where we came from. The 9th annual Mt.7 Psychosis was another one for the record books and you can bet your money that I'll make my way back for the 10th one next year. 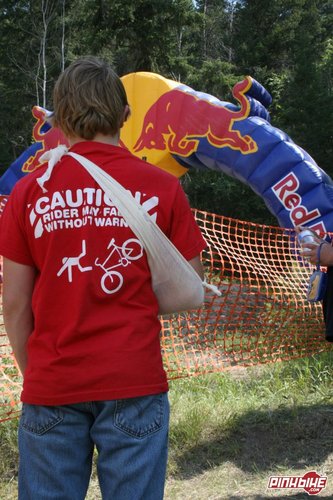 This shirt and picture says it all