Knolly Podium Ad: James Doerfling taking us behind the scenes on his favourite shredding machine.

Wil White - New Wood Huck: North Shore style wood huck at my new compound. I've been working on it for a week and this was my first two times hitting it!

Suspended Productions - Behind The Lens 2014: 2014 was a rad year. Here is a GoPro compilation we made with a single GoPro Hero 3+. Bike videos, short films, weddings, and adventures spanning the globe, is the best way to sum up the year between us three brothers. Thanks to all who made it rad!

Freddy Pulman - Throwaways: I started filming with Freddy for his new 2015 edit but due to his recent change in sponsors these clips became throwaways.

Fanatik Crew - Out For A Rip: In order of appearance, team members: John Pitton and Justin Feldhaus, and Fanatik employee Jadyn Welch.

Fanatik crew out for a rip!

Mariporn: Having fun at the bike park.

Guanch: The video is free, but the spots will cost you.

Downhill Nationals Round #2, Christchurch - New Zealand: Round 2 of the New Zealand Nationals DH series was a loose, dusty, and crash crazy event.


Paul Langlands - The Hills - Part 1: The journey of this shovel-built, natural terrain set of BMX jumps will not only push Langers' limits but step him into the next frontier of BMX dirt. A budget of $0 and no earth moving machinery. It's just one guy, a big dream, a shovel, hundreds of man hours, and a 20-inch BMX, getting it done.


GoPro On the Ice With The NHL: POV footage of some of the best players in the world.


Bending Jaws: A recent purple blob in the Pacific sent a large scale west swell to the Hawaiian Islands. Debates were made whether or not the unusual angle of swell would work at Jaws. After a historic few days of surfing and arguably the best big wave ever caught by a woman, we'll let the images do the talking.

Don't Forget to Ski - Trailer: Pierre's goal is to beat the world record for most vertical feet skied in one year, whilst, at the same time, trying to raise 10 cents for every foot skied for Alzheimer's research.

Cutting Lines - Salomon Freeski TV S8 E08: It's something nobody ever talks about, but the forest industry has created access to most of the great skiing areas in the world. Without it, this sport would look very different.


Pass The Bucket - Stephen Murray: June 22, 2007 marked a day that the Action Sports world will remember for a lifetime. A day that has forever changed the life of professional BMX rider & three time U.S. Gold Medalist, Stephen Murray. In the midst of doing a double back flip, Stephen Murray crashed while competing in the BMX Dirt Finals at the Dew Actions Sports Tour, in Baltimore, Maryland. It was quoted as being “one of the worst crashes seen in BMX” and one that would ultimately be career ending for this incredibly talented, 27 year old athlete. Fully paralyzed, Stephen now lives a different reality, but see’s it as a platform to help others. Through his "Stay Strong" foundation and missioner determination, Stephen surprisingly finds a powerful way to pass the bucket.

Pass The Bucket - Stephen Murray from Vans OffTheWall.TV on Vimeo. 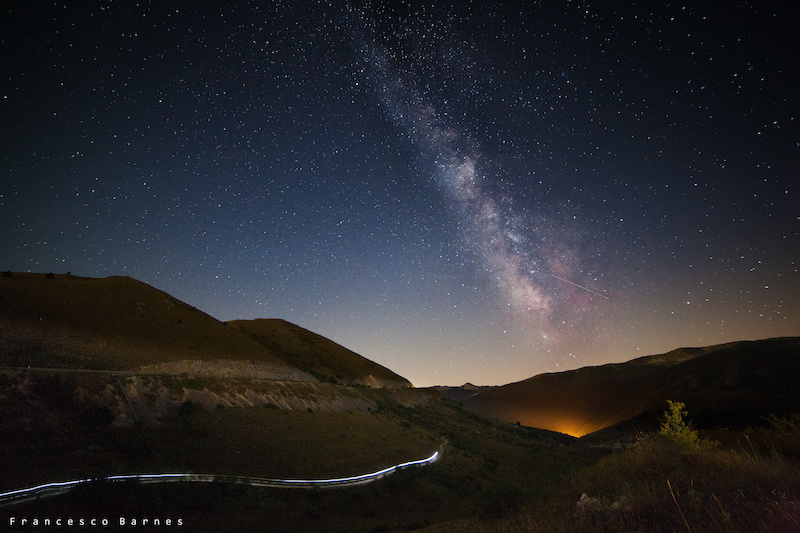 
To check out videos submitted by fellow Pinkbike members that didn't quite make Movie Mondays here.

RockstarRacingEst1996 (Feb 1, 2015 at 21:00)
That Paul Langlands clip is so wild. I especially like the electric fence next to the run in. Good on ya man. Pretty tough of the camera man not to help you when the wheel barrow had a flat tyre though!

booyaka76 (Feb 2, 2015 at 8:40)
Huge props to Stephen Murray - Massive respect to have that attitude after what happened. #staystrong

graeme187 (Feb 6, 2015 at 22:26)
I don't think I'll ever take going for a bike ride with my children for granted again. Having my freedom taken away is literally my worst nightmare

scottsecco Mod Plus (Feb 1, 2015 at 19:04)
It's almost as if there aren't different time zones outside of North America.

somismtb (Feb 2, 2015 at 3:13)
Logans video was sick, I love fast rough or flowy riding, but I really enjoy mixing in some riding where you thank god you made it down in one piece.

And that NZ Downhill video was awesome, also reminded my why I should be wearing my neck brace 100% of the time I ride my DH rig.

sipma02 (Feb 3, 2015 at 20:07)
Serious question here. Is the Shepshed Pumptrack video actually a pumptrack? I always imagined them much narrower, tighter, and pretty much constant pumping - no flat areas, just ups and downs. What does a pump track mean to you guys?

nismo325 (Feb 3, 2015 at 14:28)
To who ever mad the snow trike video thanks for cutting me off on the cat tracks in kicking horse. snow trikes are probably the most annoying thing on the ski hill.

MudMeister (Feb 2, 2015 at 17:45)
Pass The Bucket was heavy stuff. I teared up when he mentioned wanting to ride with his kids. Mad props to Murray.

fatenduro (Feb 1, 2015 at 20:41)
I was looking forward to seeing urban bmx. It takes a bit of creativity to see stunts in all that urban terrain.

suave (Feb 3, 2015 at 1:45)
to me Lucas Chalcrafts segment styling on those dirts deserves it. his riding reminds me of that magic of "whats next", kinda..

Think you're so free

Should have had this one in it.

liamthebadger (Feb 2, 2015 at 5:38)
it had when I tried to watch it last night but it was back up when I tried this morning probably a glitch in the matrix

Eastbournemtber (Feb 2, 2015 at 3:53)
WTF? Come on PinkBike, sort your shit out!! I log on to watch some mtb vids, and I get skiing, ice hockey, and surfing!!!! Have all the mtb film makers taken January off or something??? This sucks balls big time, sort it out!!!