I Love My Bike: ''I Love My Bike'' is video that I shot in 365 days on 10 different Norco bicycles all around the world. Rode, shot, and edited by Mislav Mironovic.

i love my bike

Racing Granny: A friend of mine had to create a fictitious brand (he chose the name "Awesome") for university. So, he decided to make a short commercial and I was lucky enough to play the "stunt rider" for the granny.


Cedric Gracia - Through My Eyes: A year in review slideshow.

Cedric Gracia - Trough My Eyes - A Year In Review

Cantrell rides KHS: Destin Cantrell just signed up with KHS in the past few months. He loves using his bike for cross training and seperating his time at work where he is a professional motocross rider.

Jesper Norgren - All in: All in, that's the two words which describe the whole edit.

Jesper Norgren - All in

New Year's Eve with Friends: New Year's Eve partying is a pretty well-worn topic, so we looked for new sources of adrenaline for our rider, Oskar Macuk.

The Lynx in Action: Pau Reixachs and Xavi Cabau rides the new Lynx 27.5 on their private trail.

TMCLIFE from Luke Strobel on Vimeo.

Animal Bikes - QSS 6: 6th installment of the QSS series. Features full parts from Mark Gralla and Ben Lewis, The Chocolate Truck crew, a Japan tour section and clips from the rest of the team.

It's Only Mud: Sign the petition and help save these trails.

It's Only Mud from Richard Jones on Vimeo.

Above the Noise in 2:00: Don't have time to watch 'Above the Noise' then watch it in a quick two minutes. Song: ANR - Big Problem.Riders: David McMillan, Connor Fearon, Angus Maddern, Troy Brosnan, Sam Hill, and Will Rischbieth. Cinematography: Sean Anderson. Edit: Sean Anderson.

Above the Noise in 2 minutes from Sean Anderson on Vimeo.

12 Year Old Hannah Roberts - BMX: Hannah could be the future of women's BMX.


Deep Winter 2014 Cameron Hunter - #Wishyouwerehere: This was the eighth annual Deep Winter. Six photographers have 72 hours to shoot inbounds (no permanently closed areas) during operating hours (not at night on hill) and on the fourth day they show their slideshows in front of a sold-out room at the Fairmont Whistler (1in front of 200 people)!


5th Gear Pinned: Ronnie Renner and friends hit jumps at Glamis Dunes as fast as their dirt bikes can go.


Mike Zinger - 2013 Demo Reel: Zinger is an amazing filmmaker and photographer, we're constantly blown away by his work here on PB. 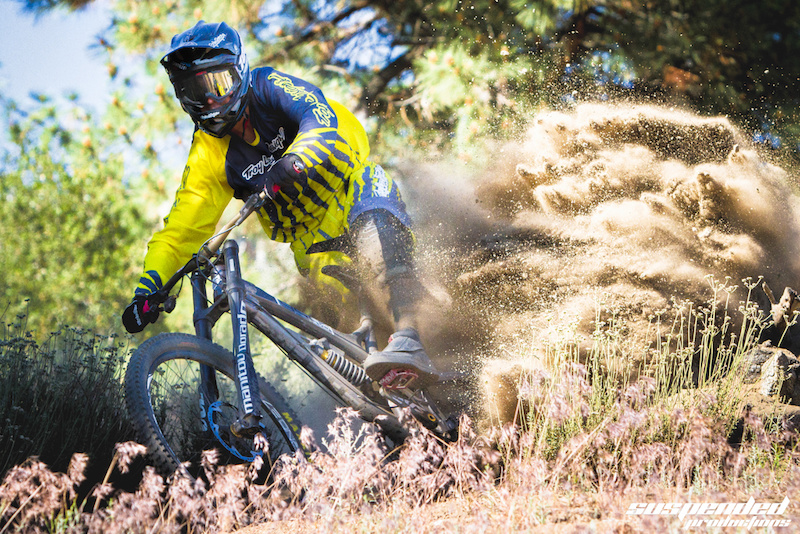 toddytickels (Jan 27, 2014 at 13:23)
That made me feel sick watching that video of the jumps that were distroyed. That happend to me to a smaller extent once and it's the most discouraging thing. I feel for you guys. Is there a pitition or something to sighn?

ihsik (Jan 27, 2014 at 16:03)
My local jumps got torn down a couple years ago to build houses and I had nothing to do for forever until i just decided to build new jumps. not much is done at all but i plan on working on those trails a ton this year and i'm way pumped!

Theblackrider (Jan 28, 2014 at 12:51)
My trail and jump are very far away in the mountain of france so i'm pretty good protected to destruction but i feel you so much!last summer a bulldozer just drive on my jumps but 5 hours of hard work destroy in 5 second is pretty exasperating!

pixelcrane (Jan 27, 2014 at 8:23)
The phrase TGIM was invented for; and should only be used when referring to Movies For Your Monday.

gavlaa (Jan 27, 2014 at 4:01)
PB use a shed load of films from other sports to bulk up the list and fill the void thru the off season... I'd rather watch Motocross over any of these vids except Zingers 2013 Reel.

digitalsoul (Jan 27, 2014 at 8:15)
I think MX has as much relevance as dirt jumping, yet MTB videos are littered with those segments. I personally would rather be on an MX bike, than on a dirt jumper.

gavlaa (Jan 27, 2014 at 8:39)
^^ You high? Dirt Jumping on MTB not relevant to MTB vids??? I like the balance of different disciplines in our sport. Yeah, a full DJ vid might be a bit dull- but that's why videos like to mix it up and have a bit of everything.