Your Peak 2: Enthusiasts from all over the country are united in order to show you the beauty of nature and our sport. In this video you can see Elbrus, Altai, Baikal, and other interesting places of Russia.

Framed II: Two years have passed since Framed I was a big success on the internet. After his crash, Andi Wittmann had to pause for a while to get back in shape and train hard to return to form. In Fall 2012, Andi and I squeezed in three days to wrap the freeride and some freestyle shots in Neukirchen, Austria for this project "Framed II."

Enduro World Series - Round 1 2013 Punta Ala: Aspect Media filmed for the campsite itself, not the usual race edit. But enjoy the Italian views mixed in with some racing from the world's best riders.

Enduro World Series Round 1 2013 Punta Ala

Terra Sports - The Garden: The Garden is a pumptrack built by the guys at Terra Sports in Coeur d'Alene, Idaho. They've put a ton of work in this track and it shows!

slowTV Episode 1 - 2012 Season Flashback: We proudly present the first episode of slowTV containing a few 2012 shots. We hope you like it! Stay tuned for upcoming episodes with this year's action and of course more heavy hardcore party stuff.

The Dirty Sanchez Enduro by WTB: Nearly 30 racers ascended upon an undisclosed location, in Northern California, to battle for the top spot at the second annual Dirty Sanchez Enduro. The invitational race attracted some of America's top enduro talent, including Team WTB/Cannondale, to what Mark Weir described as "one of the best enduros in the U.S."

The Dirty Sanchez Enduro by WTB

Subconscious: Dreaming or Reality? This is a bit of a different video but we thought it was a cool concept. Song: Midnight Consipracy and Cerob1te - The Eye.

Forest Crew - Waiting for Spring: Fast trails are the best.

Street Panthers - The Beginning: The start of something rowdy for everyone. We are the Street Panthers, the streets are not safe!

Scott Markewitz - Deep Summer: It was great to be back in Whistler for the Deep Summer Photo Challenge last summer. With three days to shoot and one day to put a complete slideshow together, it was way more intense than I had imagined. But, it was a great time and I was stoked to take second place.

Unicorn Sashimi: Felt Soul Media teamed up with Nick Waggoner and Yuki Miyazaki of Sweetgrass Productions in January 2012 to hunt the mythical Hokkaido Unicorn. The creature proved difficult to capture on film, so we just decided to do a little skiing.

The Death of the Bar T: By Anson Fogel.

THE DEATH OF THE BAR T from Forge Motion Pictures on Vimeo.

Ryan Leech - Just Riding: It's been way too long since we've seen a clip like this from Ryan... he's still got it. Video: Matt Dennison. 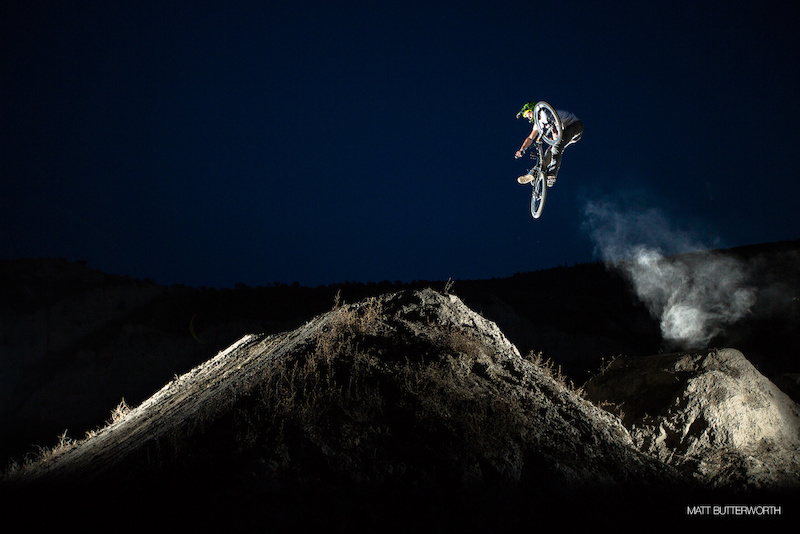 emanuel290 (May 27, 2013 at 5:50)
Someone (Im looking at you Mr Redbull!!) needs to introduce Ryan Leech to Danny Macaskill... Then get them to hang out for a bit and just film and see what happens! I reckon it would make for some quality riding!

thild (May 28, 2013 at 16:44)
I saw Ryan Leech and Danny Macaskill ride a demo together during crankworks in the Whistler village! Epic!

hoolydooly (May 27, 2013 at 8:32)
The Death of the Bar T, after a little bit of research, is one of the most powerful pieces of cinematography i have ever seen. Every shot and sound was beyond perfection.

No bikes = no good

as-capture (May 27, 2013 at 3:05)
he looks cool though! haha, i like how hes also got some cool wide bars when he clearly doesnt need them, watch how he holds the bars, i see alot of street/dirt jumpers like this now haha

bigburd (May 27, 2013 at 3:38)
The reason lots of street/dj guys do this is so when you bar spin there is plenty of grip showing to grab , dunno if you have ever done a bar spin but the last thing you want is to be catching the grips by the ends and you drop in risking blowing your hands off.

And Tom van Steenbergen is badass !

rexbikes (May 27, 2013 at 9:53)
It amazes me that some of these videos haven't become VOD, It seems as if the "video of the day" has become a platform for advertising over anything else haha.

ILikeBike24 (May 27, 2013 at 12:08)
The Russian movie was sick!!! I wasn't aware that there was a strong MTB community over there, being from Russia and knowing how expensive good bikes are.

nouser (May 27, 2013 at 12:46)
Well done Robbie on another fine example of your work and I don't need to say anything to you Fraser...It's what i've come to expect from you, always shredding as hard as you can

All those tacoed wheels and flats etc are paying off haha

Keep it up lads, well done

slc-ripper (May 27, 2013 at 9:49)
Scott is my neighbor and he is awesome. If you want to meet a chill guy who is pretty much a pro at everyhting, then scott is your man. And he has tons of sweet bikes that he lets you ride