Join Pinkbike  Login
The final round of the New Zealand Downhill Mountain Bike Nationals played game to some of the worlds top international riders and was set on the super fast and explosive Hunua track in Auckland. Check out the Highlights video presented by Kingpin Bikes and the interviews from WynTV to see what went down! 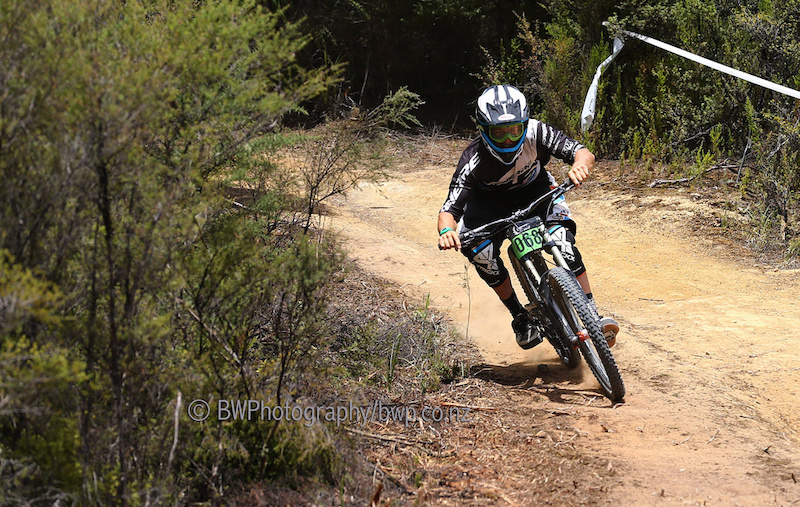 Blenkinsop, 24, hauls round the final corner in the elite mens race for a time of 2:31.61, two seconds ahead of fellow professional Brook MacDonald (Hawkes Bay) in 2:33.61. Matt Walker, brother of Olympian Olympic BMX medallist Sarah, took third place in 2:33.33. 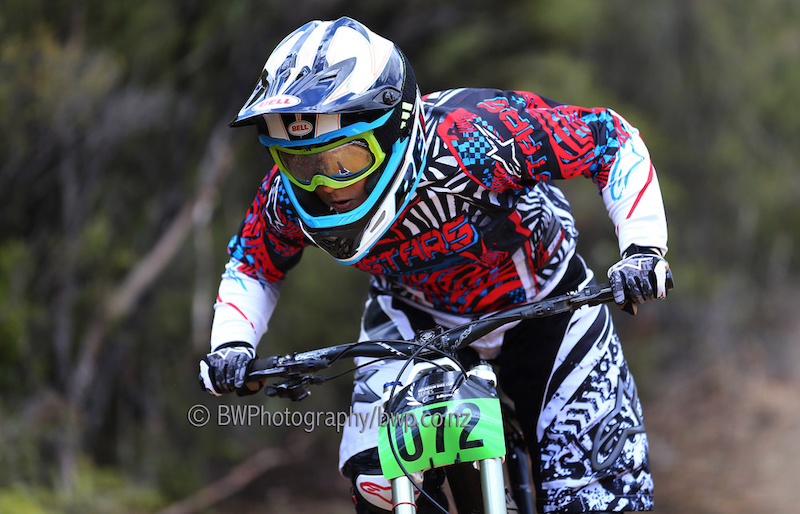 France's Emmeline Ragot showed her class to blitz the rest of the field in a time of 2:53.34 to win the elite womens race with the UK's Jess Stone second in 2:58.31. Alanna Columb was the first New Zealander home, in third place, with a time of 3:00.59. 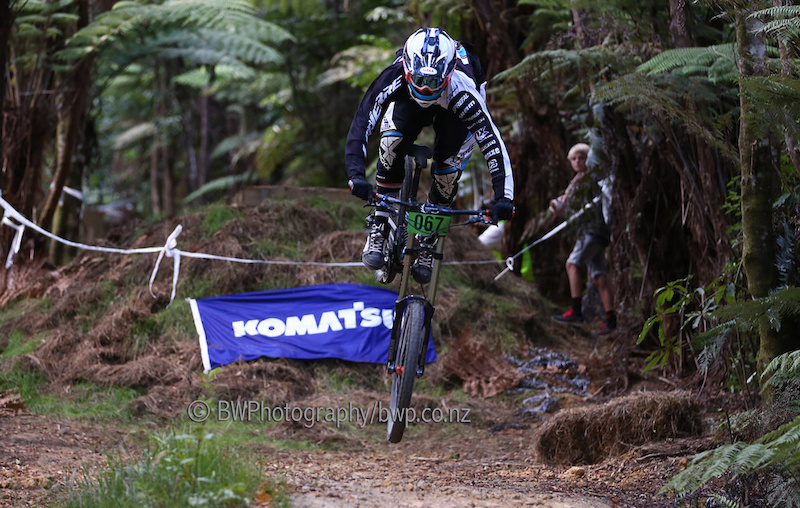 Loic Bruni narrowly avoids an over the bars experience on his path over the 60ft step down of which riders were clocking speeds at up to 75+kph over.. 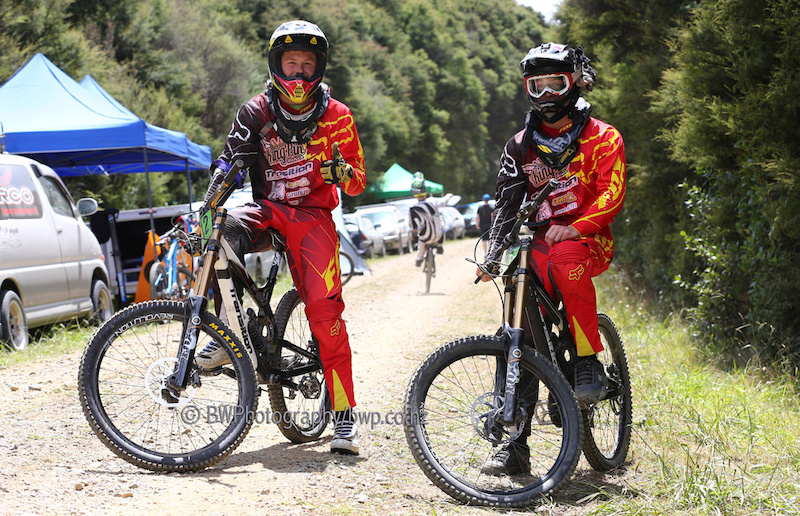 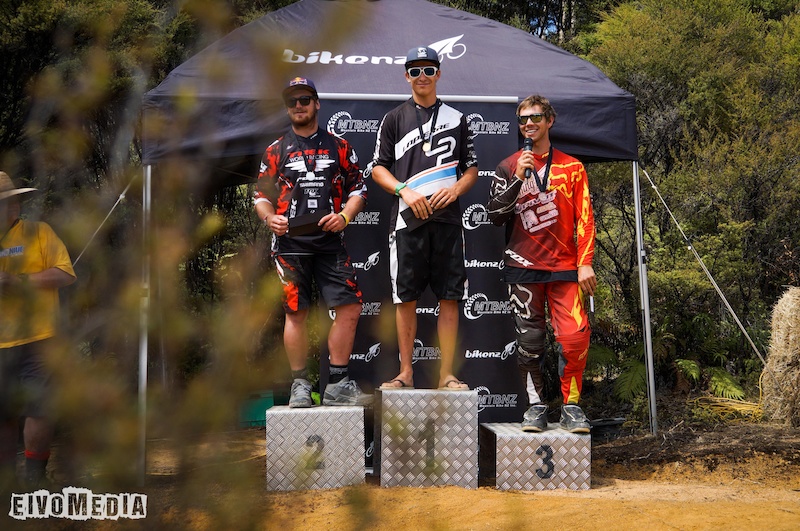 onelung (Feb 11, 2013 at 9:52)
Have a closer look at the zerode none of the frame was broken but the pivot bolts fell out or snapped off easy fix.

Kevin121 (Feb 11, 2013 at 15:37)
Nothing faulty with the frame or poor design. Just poor maintenance and over tightening of bolts.
This can and does happen to any bolt which is over tightened repeatedly. I replace all the bolts on my bike (Turner DHR) annually. It costs about $20. The real key though is using a torque wrench and correct torque settings.

janoo (Feb 11, 2013 at 0:06)
Yeah Lapierre team on Sram components this year and Blenkys wearing spd. Big respect for Brook and Hill theyre still riding flats and killing it but If blenky takes some top results overseas this year I won't be surprise to see everyone "clip in" in 2014. It looks like Downhill becoming more and more professional with every year.

GuitarKid (Feb 11, 2013 at 2:57)
After living in Australia for a year now, it sounds so weird to hear people talking with a New Zealand accent haha... Awesome riding. Love watching downhill biking videos and competition highlight videos.
Did that guy that came off break his chainstay? Unlucky...
They do some serious speed though. 75 kilometres an hour is bloody quick!! Fastest I've ever been was just under 55 ks and hour. That was on my Giant Reign down a moderately steep hill. I have a bike computer so I'm not just guessing but the pros (and die-hard 'for funners') can still go quicker than me haha. Blows me away really, how these guys can get so quick on the trails.

mackienz (Feb 11, 2013 at 5:03)
That track looked so fast.. and kiwi riders are killing it these days. Cant wait for the world cup rounds and some nz riding on my next trip home