Video: Obeying Gravity II - An Adventure In The Alps

Join Pinkbike  Login
Accompanied by a film crew of five, 3 bikers hit the mountains in search of trails, challenges, adventures in nature and "those special moments" that make biking so exciting! Without lapsing into pseudo-political palaver - Enjoy our clip!

Idea and background
It took us almost 1.5 years to turn a mere idea of a project over some beer and wine into a finished clip. Looking back, everything began when Chris and Hans wanted to build on their successful first video Obeying Gravity and realize the vigor and the "know how" generated back then in a larger project. After a few e-mails and phone calls, one idea led to another: A team of two became a no budged party of nine students who would later form the No Studios Production team together with reinforcement from North Germany.

After 2 test shootings last spring (Spring Ignition and Elevated Plains) and many hours of planning and preparing, the time had finally come in July last year: We put the mere idea of shooting an alpine mountain bike clip into action and the outdoor shootings in the Alpine altitudes of the Oetztal valley (Tyrol - Austria) began. Retrospectively, however, the most important work consisted in the post-production which made OGII what it is: A visionary, multi-faceted adventure in the mountains that can be communicated. 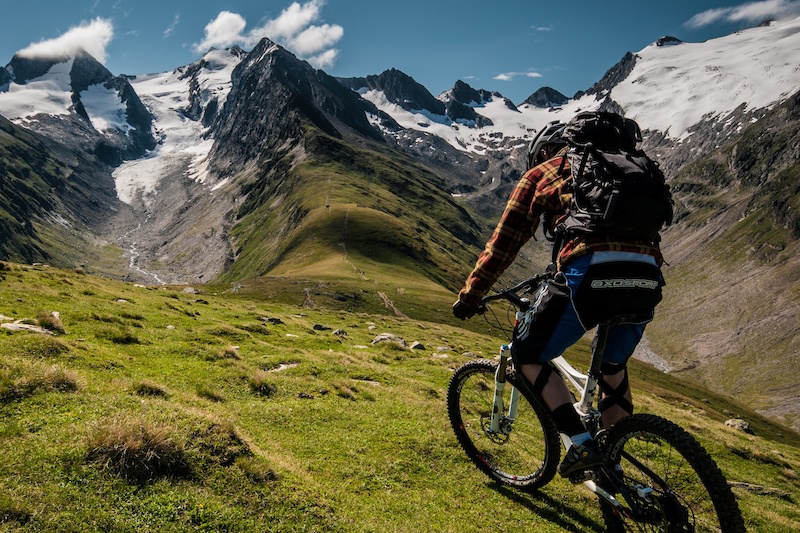 Amazing scenery in one of the remote parts of Tyrol 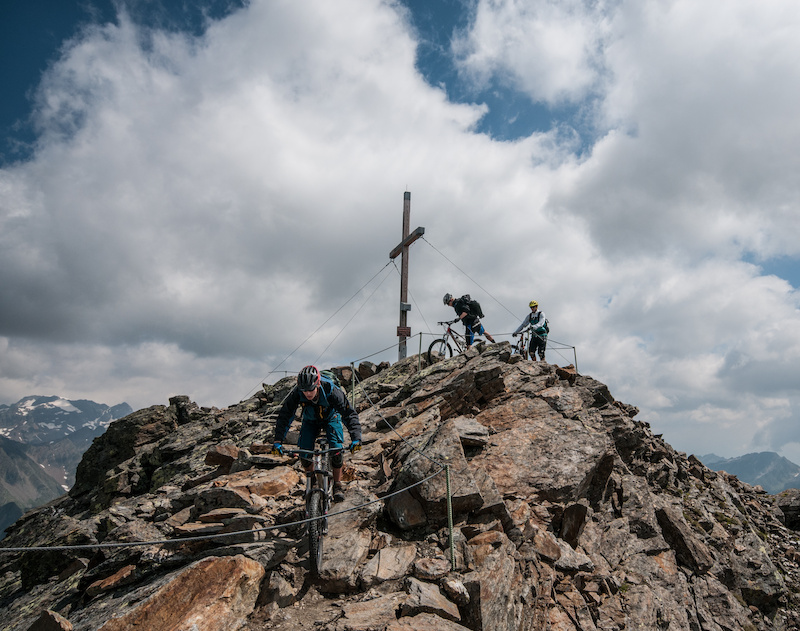 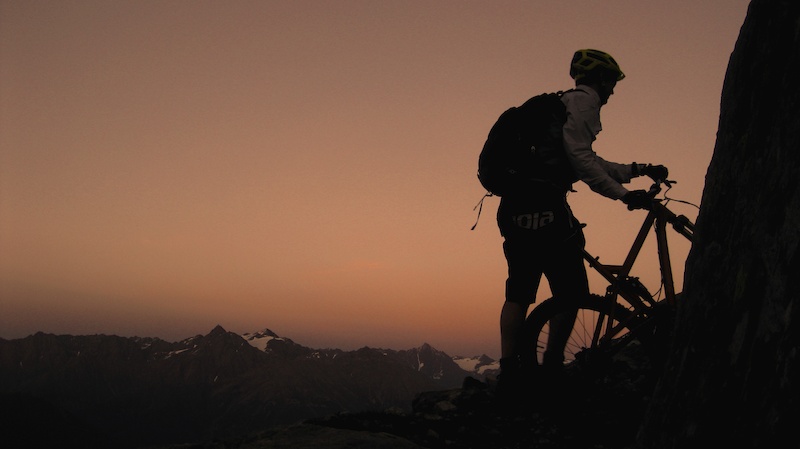 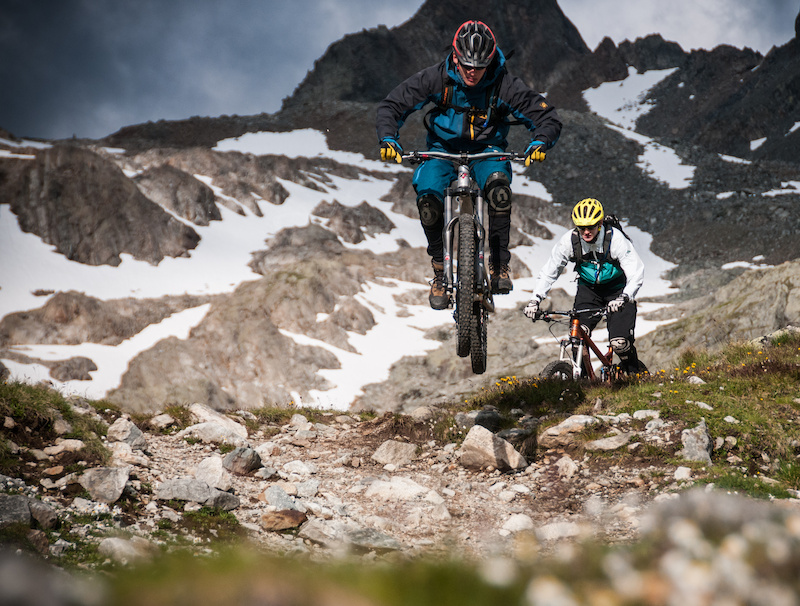 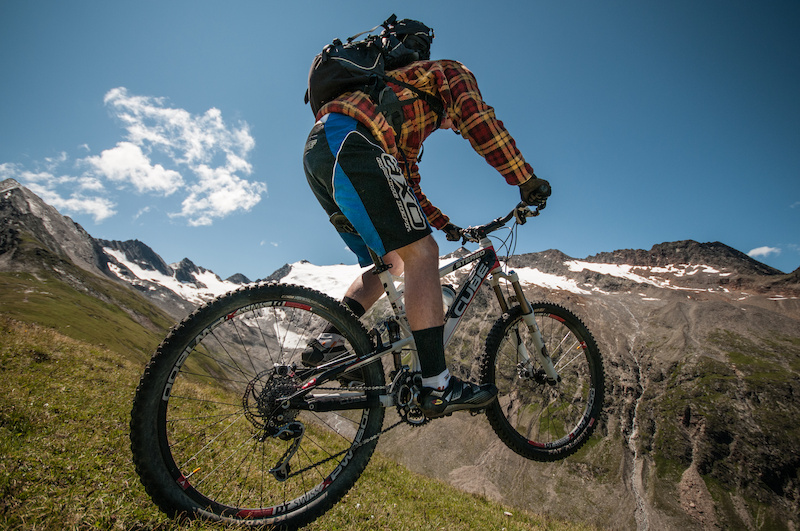 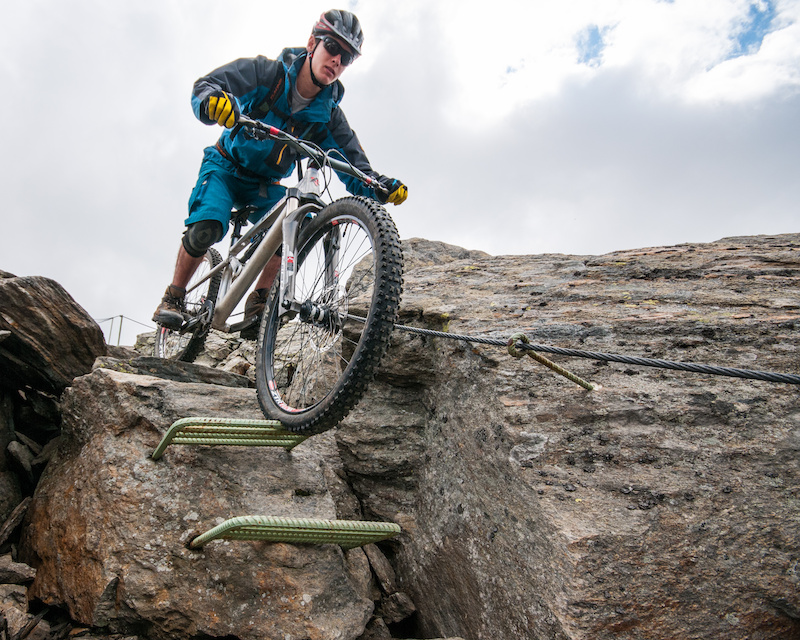 Ben on the edge 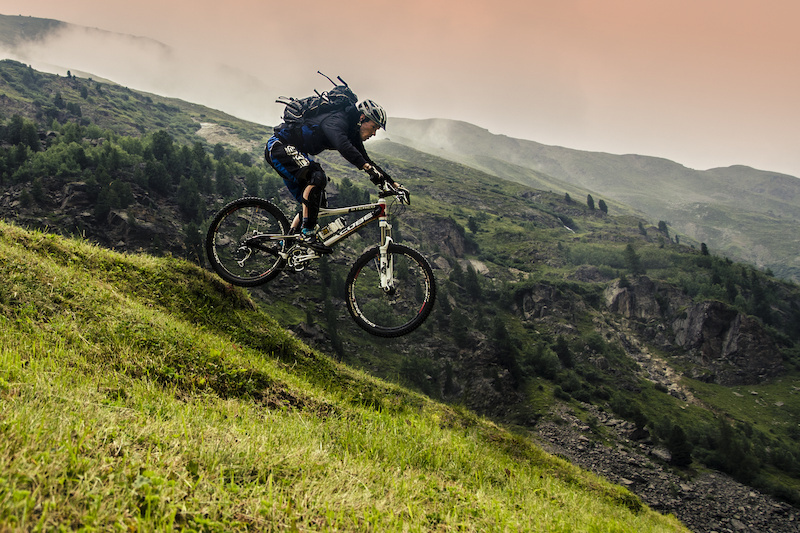 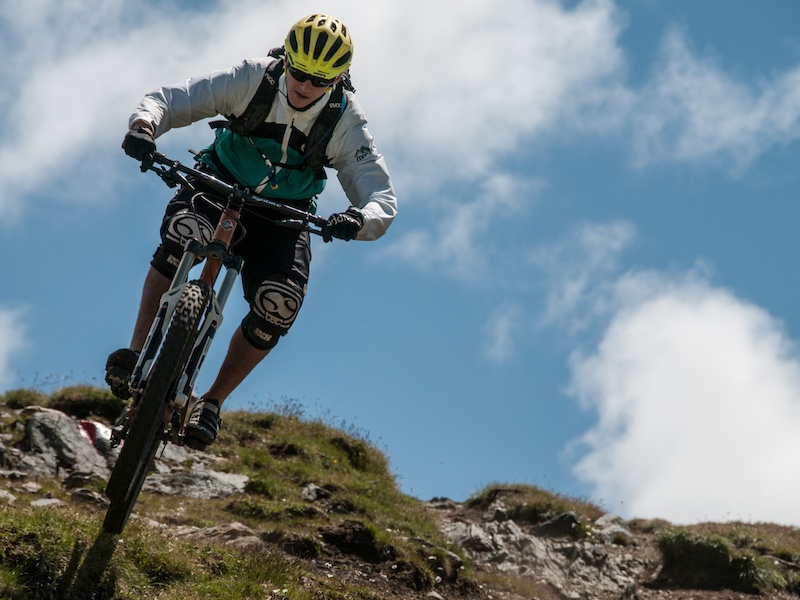 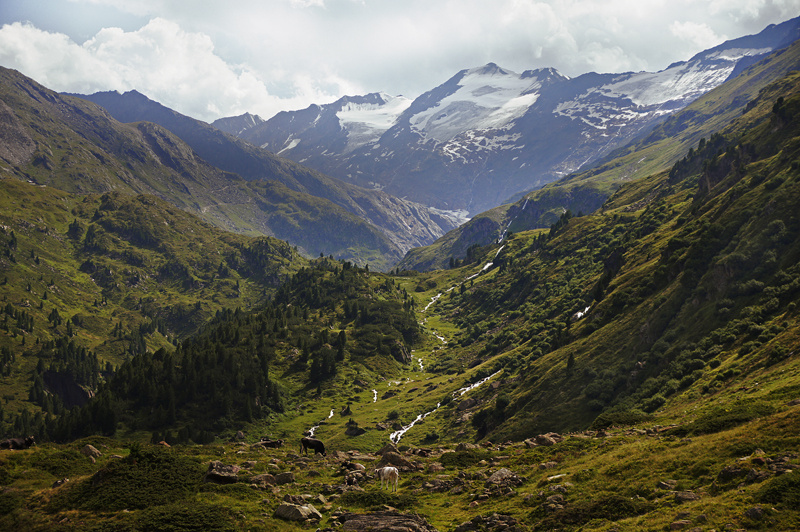 Bikers Paradise, what do you say? 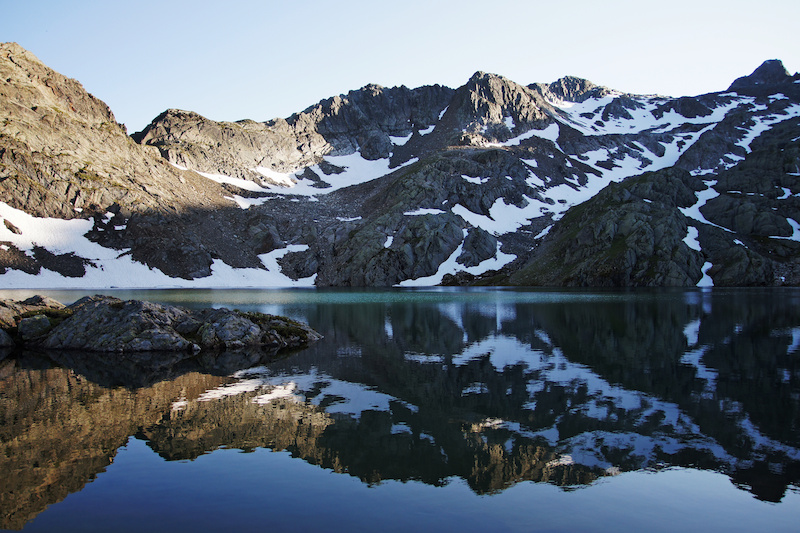 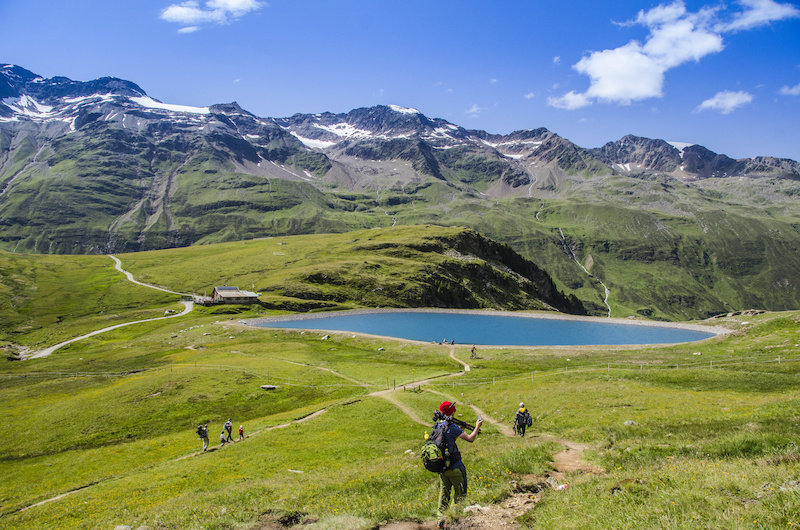 Artificial lake for the skiing slopes during the winter 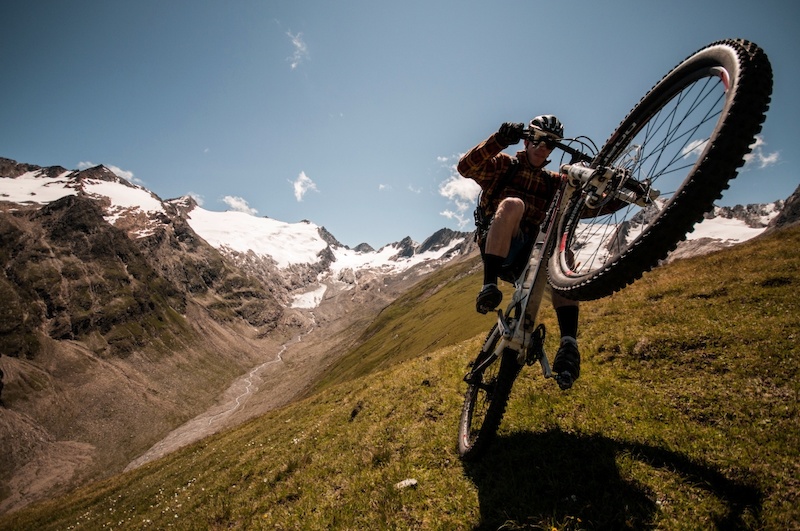 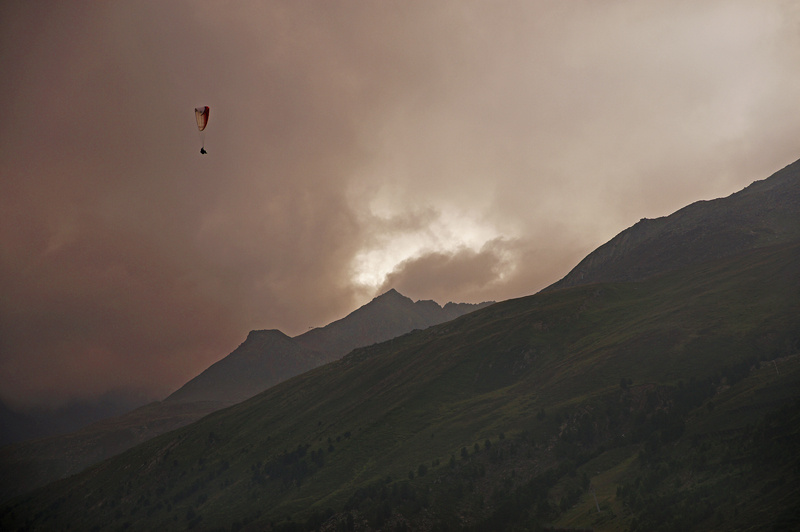 Klemens shooting in his flex-wing 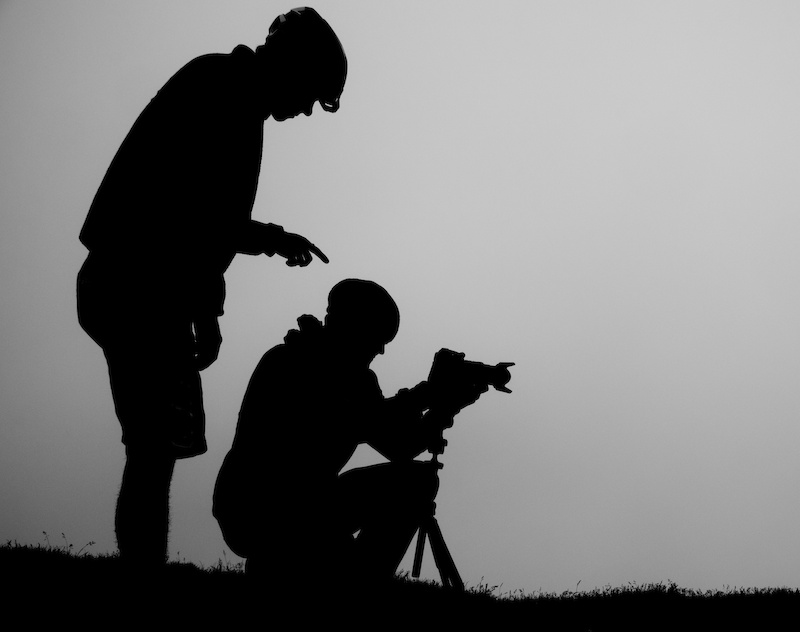 Behind the scenes - Fabian showing his footage 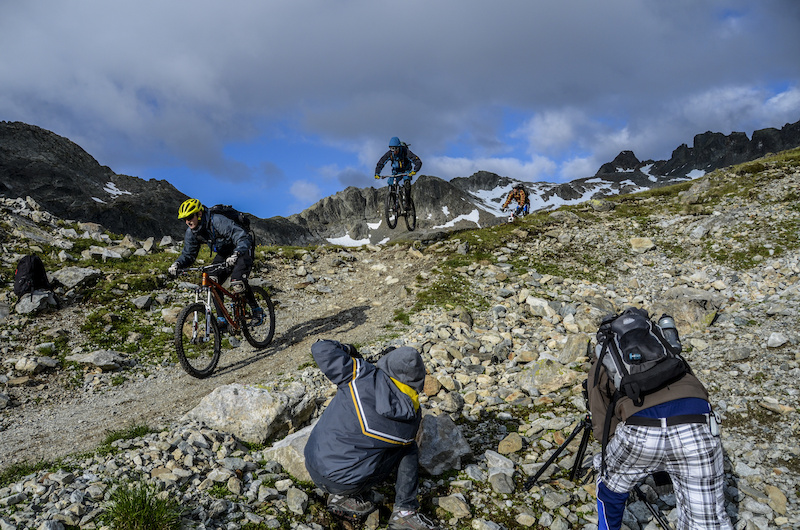 Behind the scenes - Chris and Julian at work 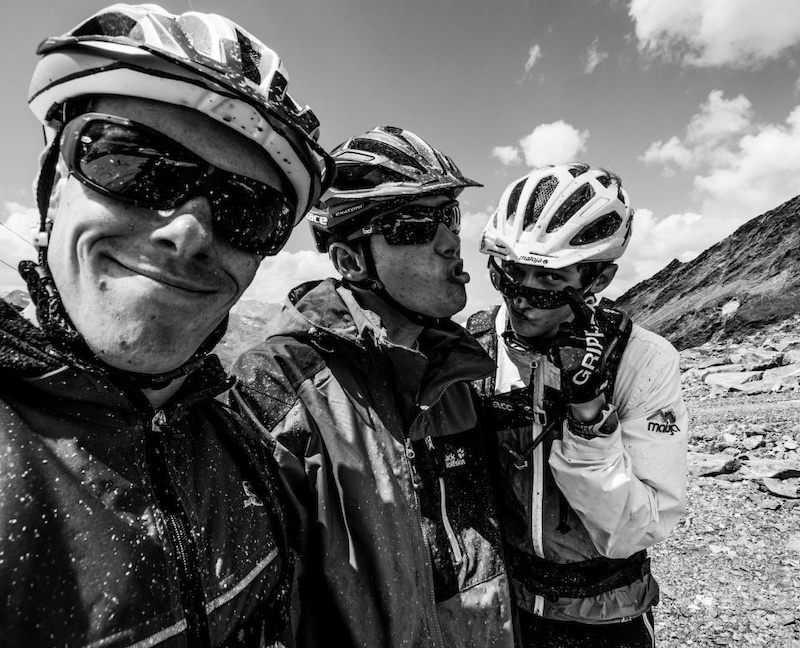 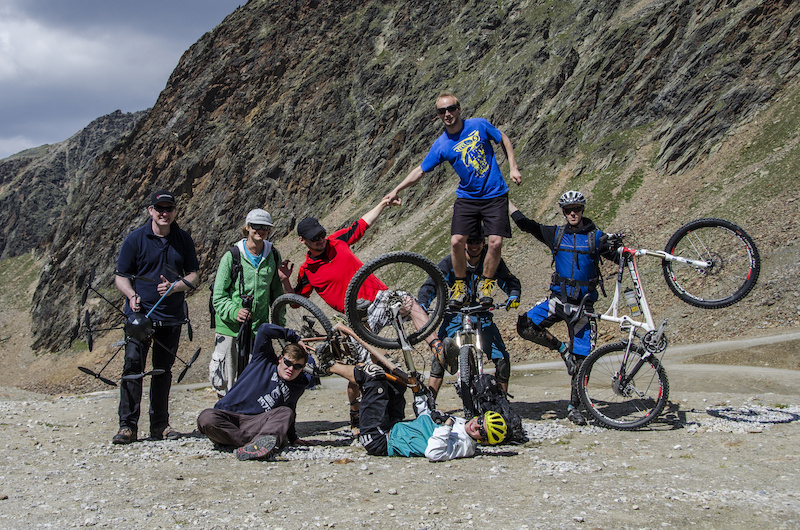 Our film team for OGII 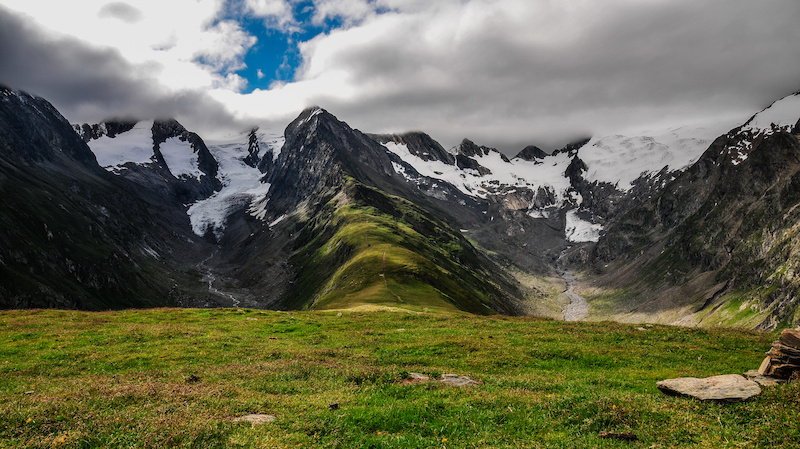 Epilog:
The project was made possible thanks to Ötztaltourismus, Ametra Industries, Microcopter, and Universitätszentrum Obergurgl, supporting us with permissions to shoot and logistics, equipment and with board and lodge.

benuntu (Jul 8, 2013 at 12:46)
I like it! Great views and scenery, incredible trails, and some nice RC copter aerial footage in there too. And best of all, minimal dialogue and unintrusive music. Just a focus on riding and trails...perfect!

ants-pants (Jul 7, 2013 at 0:28)
Absolutely stunning, but will make my next few rides seem very boring! Great riding, particularly down those steps, which I'd struggle to walk down let alone ride down.

bikegreece (Jul 7, 2013 at 1:20)
It's getting boring this mania with the promo of the Alps during the summer. Only the stone stairs were an interesting new thing.
Post a Comment