In the early 2000's a few boys starting building a line from the top of the Westsyde in Williams Lake, BC into the Williams Creek Valley. It's about 10Km from the top with an elevation difference of a few thousand feet that includes beautiful Douglas Fir forests, moss covered slopes, and steep gullies. The line evolved with the progression of mountain biking over the years to include long technical skinnies, ladders, bridges and jumps that made their way through the forests that connected to the vast Westsyde network. 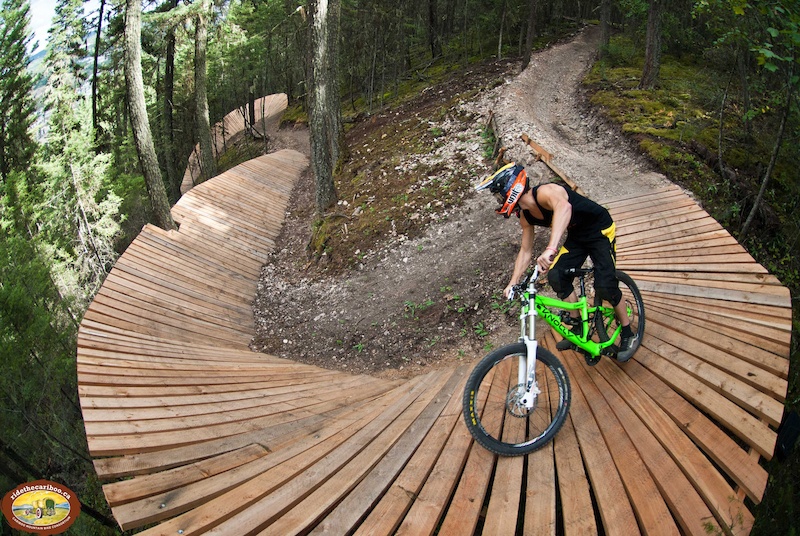 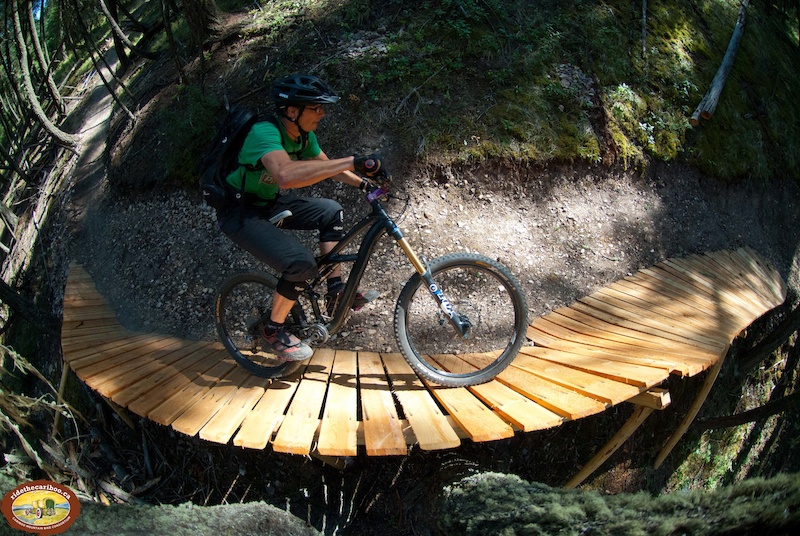 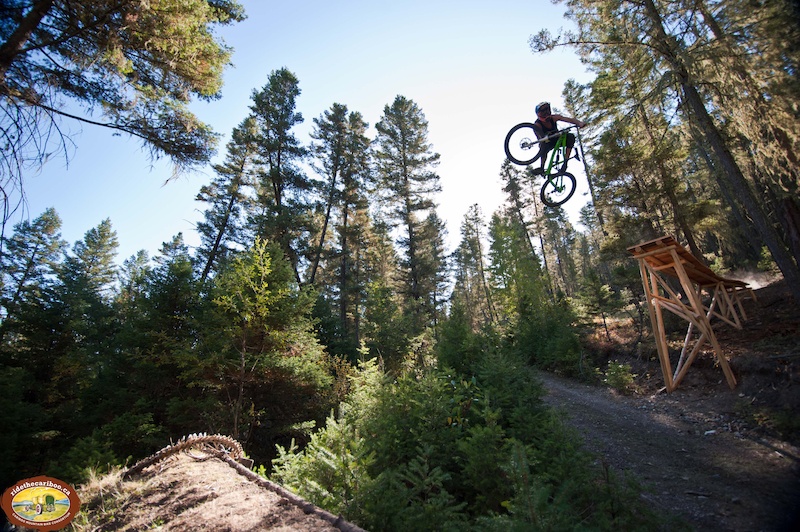 Fast forward to 2011, when shortly after Ride The Cariboo was launched, a series of proposals were submitted. The Consortium had partnered with the Province of BC, the Cariboo-Chilcotin Beetle Action Coalition and Northern Development Trust to re-build Snakes and Ladders from the ground up. Thomas Schoen of First Journey Trails worked with the Williams Lake Cycling Club to design, then build a new top to bottom line that would define riding in the Cariboo for the next few years.

This is one of a number of Provincially funded trails in BC. It is another example of how the Recreation, Sites and Trails Branch of the Province supports mountain biking and its role in the regional economy. A big shout out goes to Desi Cheverie who believed in the project and has been a solid supporter of mountain biking in the Cariboo. 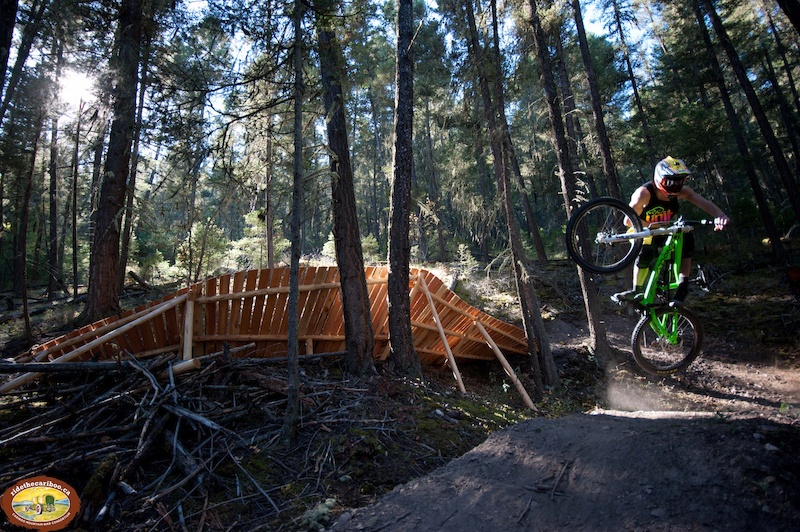 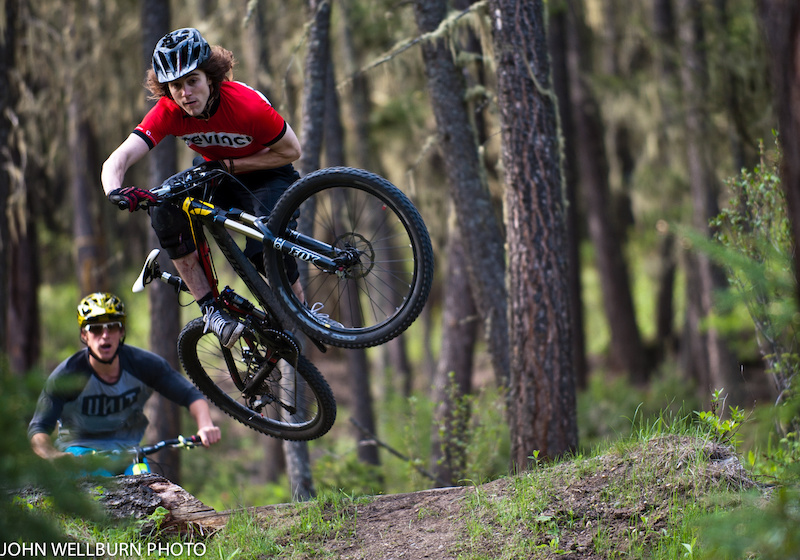 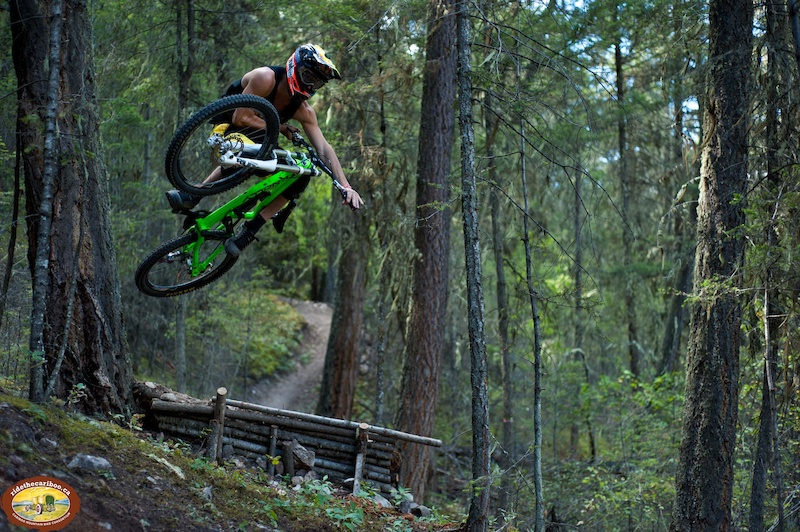 At this years Williams Lake Peel Out, the Consortium and its partners held the grand opening of Snakes and Ladders. These images and video tell the story. Come ride it to believe it.


Photos by John Wellburn. Video filmed by Solos Productions. The riders were James Doerfling and Cory Brunelle, both Consortium Ambassadors. They were joined by Sophie Durfeld and Amber Jmaiff.

road-n-dirt (May 24, 2013 at 4:57)
Move to BC. I have always been amazed at the amount of women shredding there. I friend joined me on one of my business trips there last week and he was attempting to take applications also, especially at Whistler

leelau (May 24, 2013 at 9:53)
I was paranoid about government involvement in trail work but now eat my words as the system is working so well. Every region of BC needs a regional champion - big shout out to Desi Cheverie for being that person and for Thomas for working with that system

macdadmorgan (May 24, 2013 at 4:19)
I liked that jam, it was funky fresh. I also like how the stunts were build with progression in mind. It might not make for the most captivating gnarliest video, but looks super fun to ride.

Sweatypants (May 24, 2013 at 11:10)
Doerfling... tank top... all past transgressions of this week on Pinkbike have been amended. All is now right with the world and as it should be in the cosmos.

urinalmint (May 24, 2013 at 23:33)
Haven't ridden S&L since the rebuild. Can't wait to head down there. However, I spotted huge fresh cut beams and some massive planks up at Pidherny tonight. Looks like the boys have made their way north to PG! Great stuff being built all over Northern BC!

ldhbaker (May 26, 2013 at 22:31)
That would be the fire crew, working on the Garage Door drop, however the WL crew will be starting work at Pidherny on June 3rd! Stoked to have them up there!

Went up today and pulled off a big demo then started on the rebuild. Bugs are bad but the trails are looking good!

redbaronmulisha (May 24, 2013 at 5:15)
those Sheilas are marriage material right there Seriously though BC looks incredible, good job I'm heading there for three weeks boo yah

Sendinsince86 (May 24, 2013 at 7:06)
That music was perfect ssbrdude1. I would love to get out of Colorado and ride a place where the trails are lush green like that.. so purdy

dedmann (May 25, 2013 at 7:07)
why is Canada sooo cool about MTB'n?
is it because the citizens understand personal responsibility and liability?

leelau (May 24, 2013 at 9:50)
I think there's a huge appetite for trailbuilding articles. People like to see the hard work behind the scenes. Trail Fairies all over the world represent!!

DRodrigues (May 24, 2013 at 6:25)
Awwsome, the trail buiding in BC is getting better and better. Its seems as though ever town has great trails.

caribooyj (May 25, 2013 at 8:07)
It really varies and depends on access. The large "Sky Berms" cost tons in material and we had the wood heli-dropped in. Also had many volunteers carrying lumber to the site. The suspension bridge was relatively cheap at approx. $2,500 for lumber and the aircraft cables.

stever (May 24, 2013 at 7:52)
Fun looking trail, but who picked the music for that video? That song sounds like it was mixed by an epileptic, ADHD teenager on 6-pack of Red Bull. Argh, awful.

samtomkins (May 24, 2013 at 7:56)
It could be the fact that I didn't finish the video because that song and those riders were terrible but that wasn't really about the "trail building experience" more like them riding some fun looking trail

d-man (May 24, 2013 at 9:58)
looked like the were shredding pretty hard to me, why post crap about someone else's riding ability?
This shows the amount of commitment the towns, governments and riders in bc have in keeping our province the world leader in moutainbiking culture.