Course overview
Loosefest is back and bigger than ever, some would even consider it XL. Set in the rolling hills of Malmedy, Belgium the course has been revamped and newly redesigned. The track starts off with a steep S-Turn and shark fin before getting to the first main feature, a large setup step down which prepares riders for the 60 foot gap shortly after. The second jump is big, nearly 75 feet, and is followed closely by the third large feature which nearly matches its size. After that is a massive step down which some riders are sending to the 100 foot mark. This leads to the most visually impressive addition to the course, a 220 foot long mega berm leading directly into a 24 foot tall hip. The riders are pulling about 40 miles per hour on the exit of the berm which gives more than enough speed to easily clear the finishing hip.

With athletes such as 3X Rampage champion Kurt Sorge, Spanish sender Andreau Lacondeguy, and other Fest regulars such as Damon Iwanaga, this year is going to be one for the record books. Stay tuned for regular updates and enjoy the show. 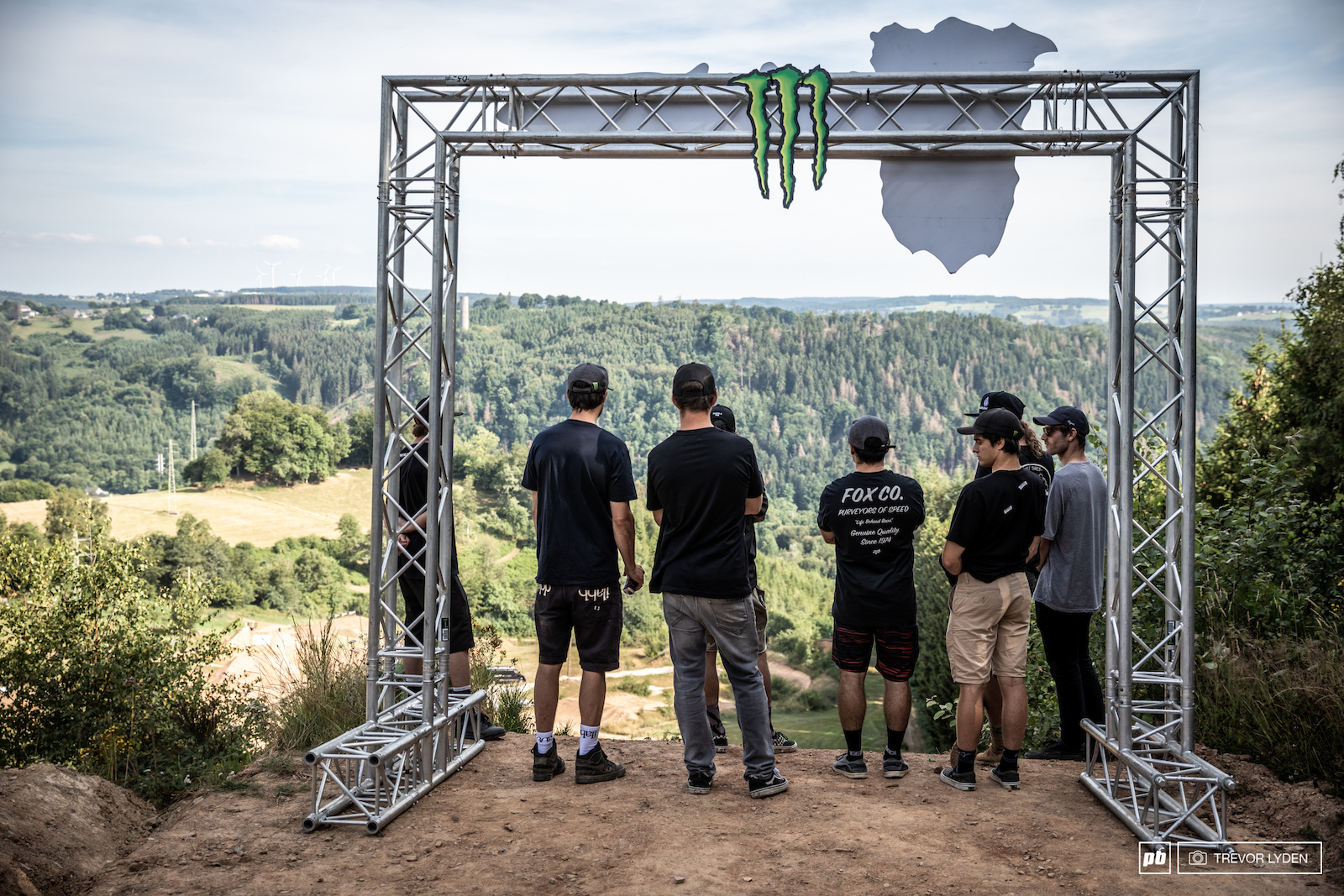 The start of Loosefest XL. 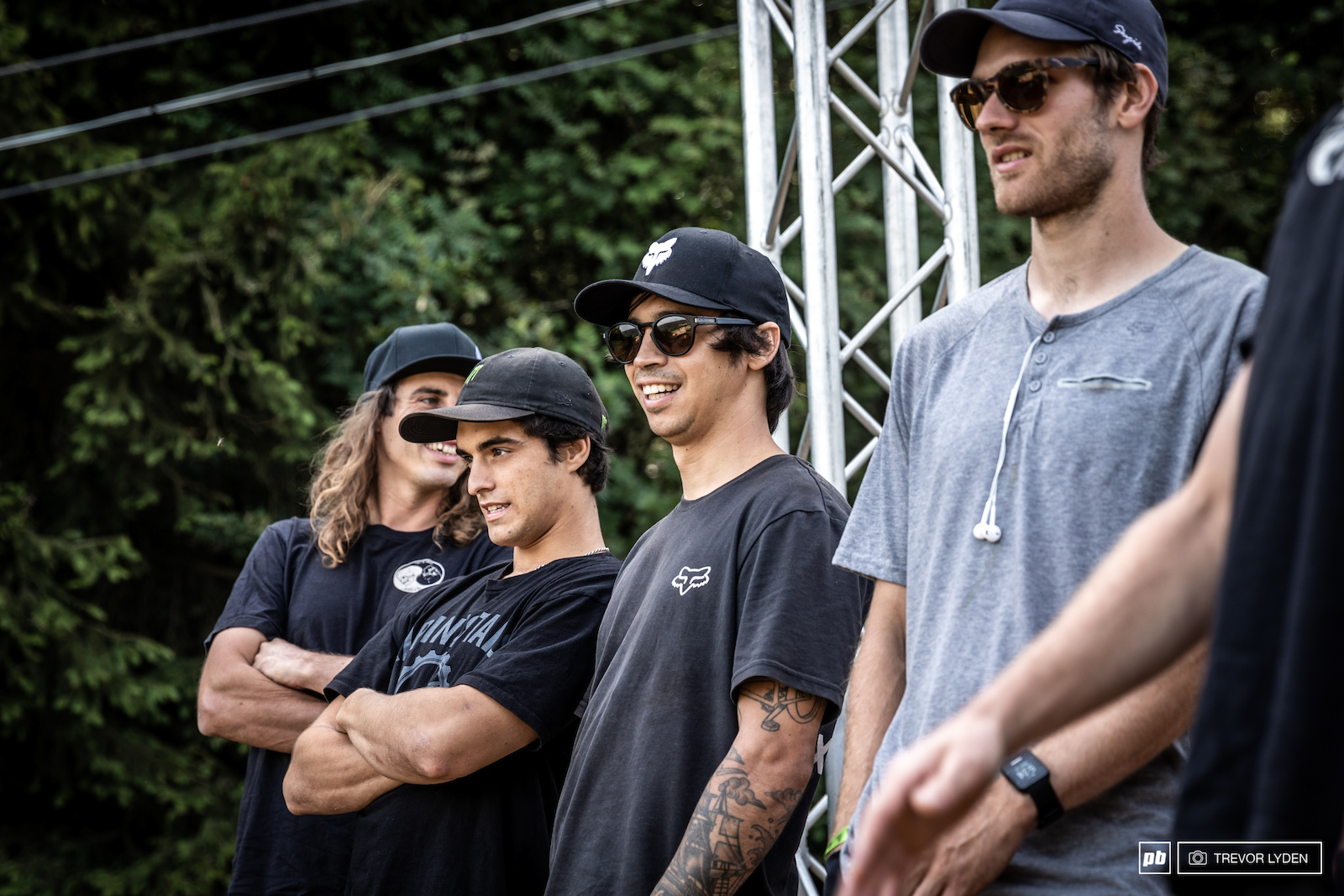 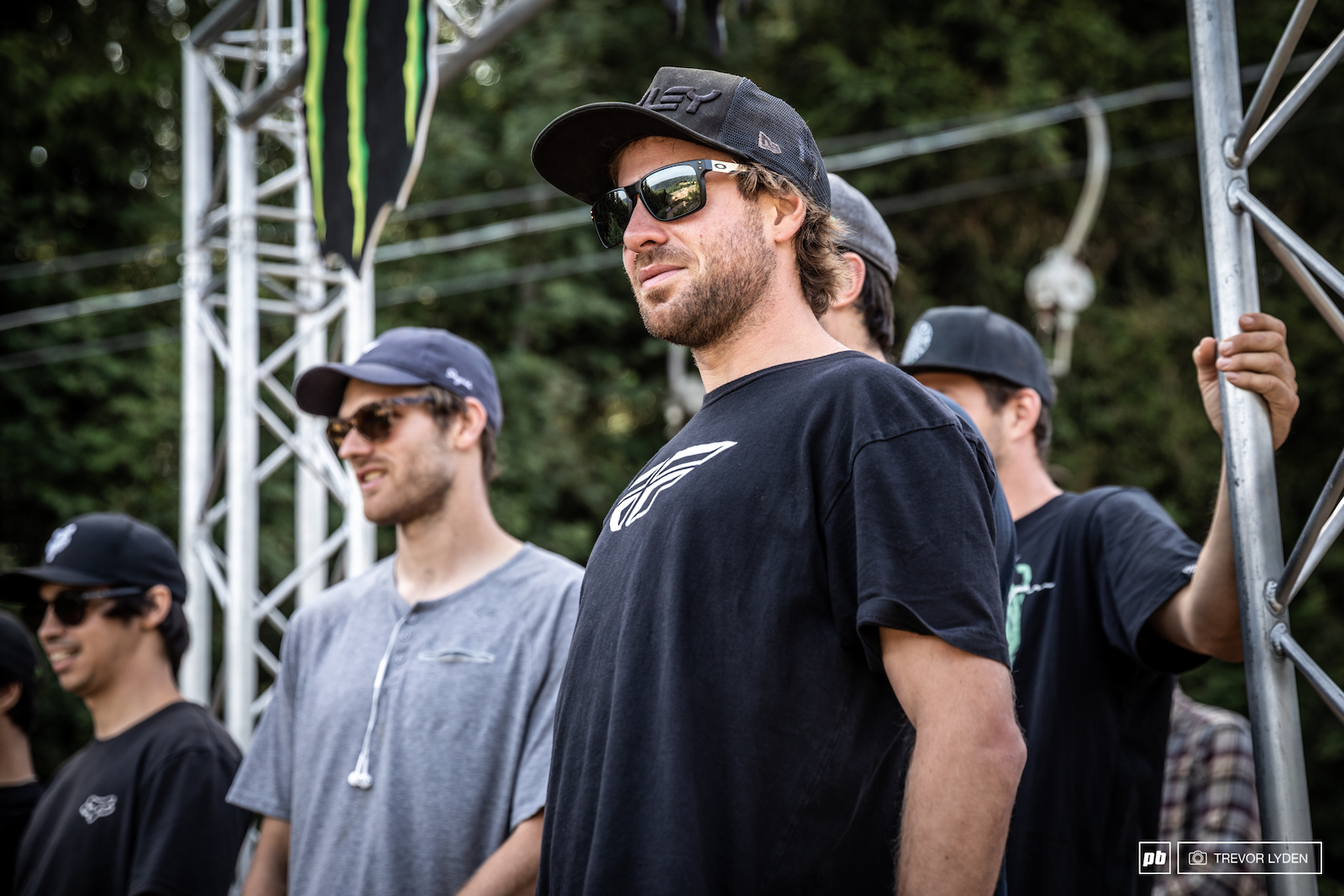 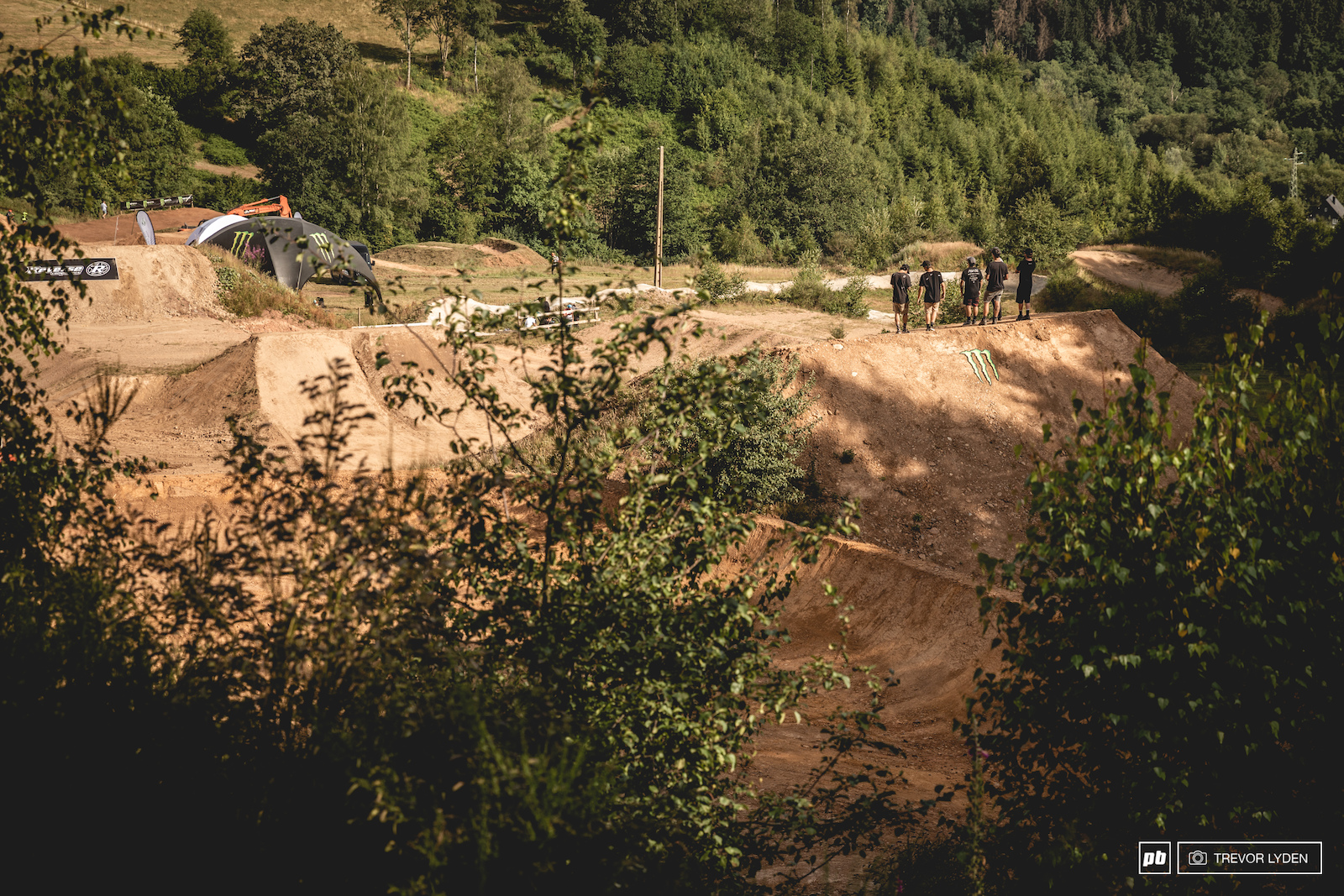 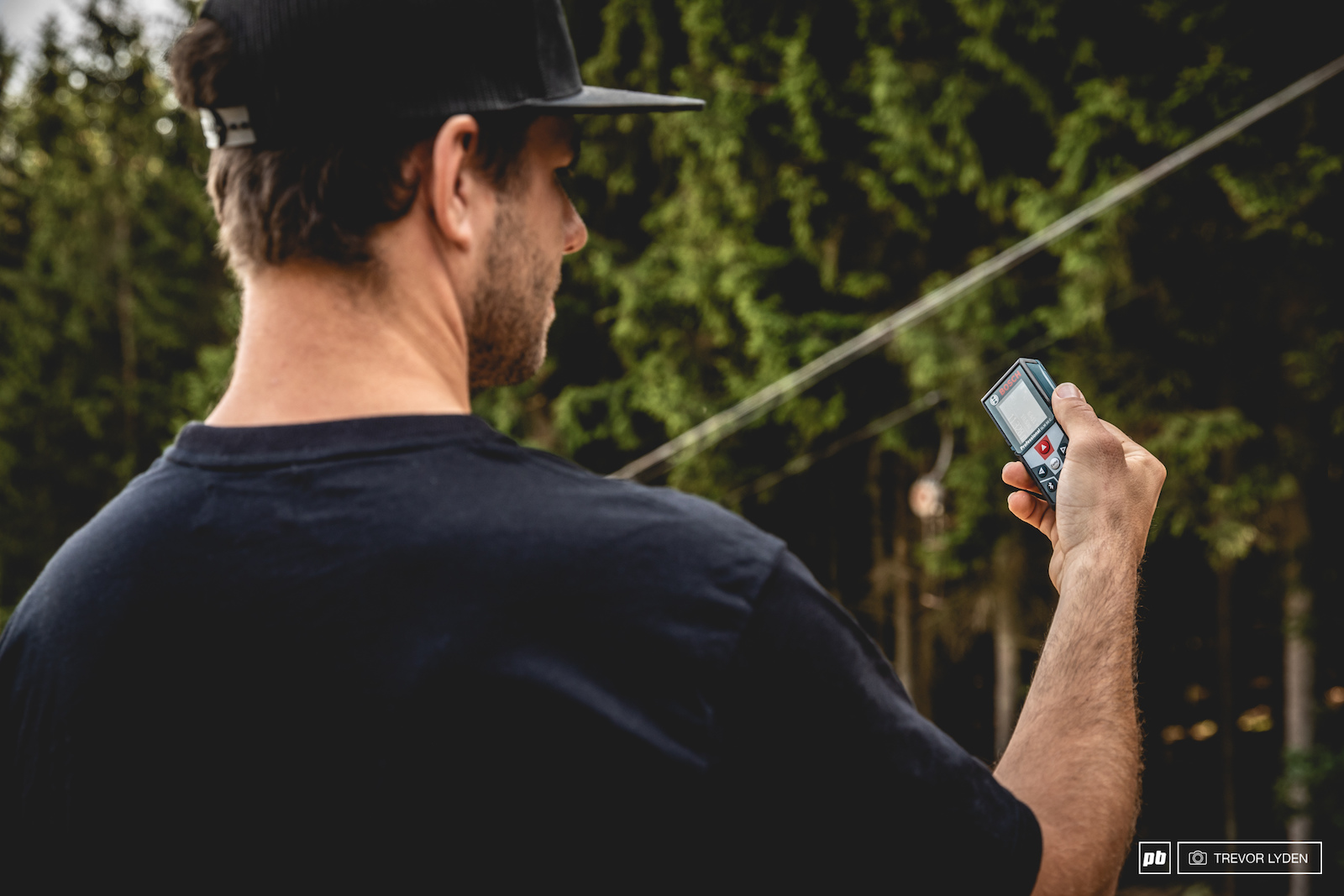 A new tool for this year, the Bosch laser range finder gives accurate measurements of the features. 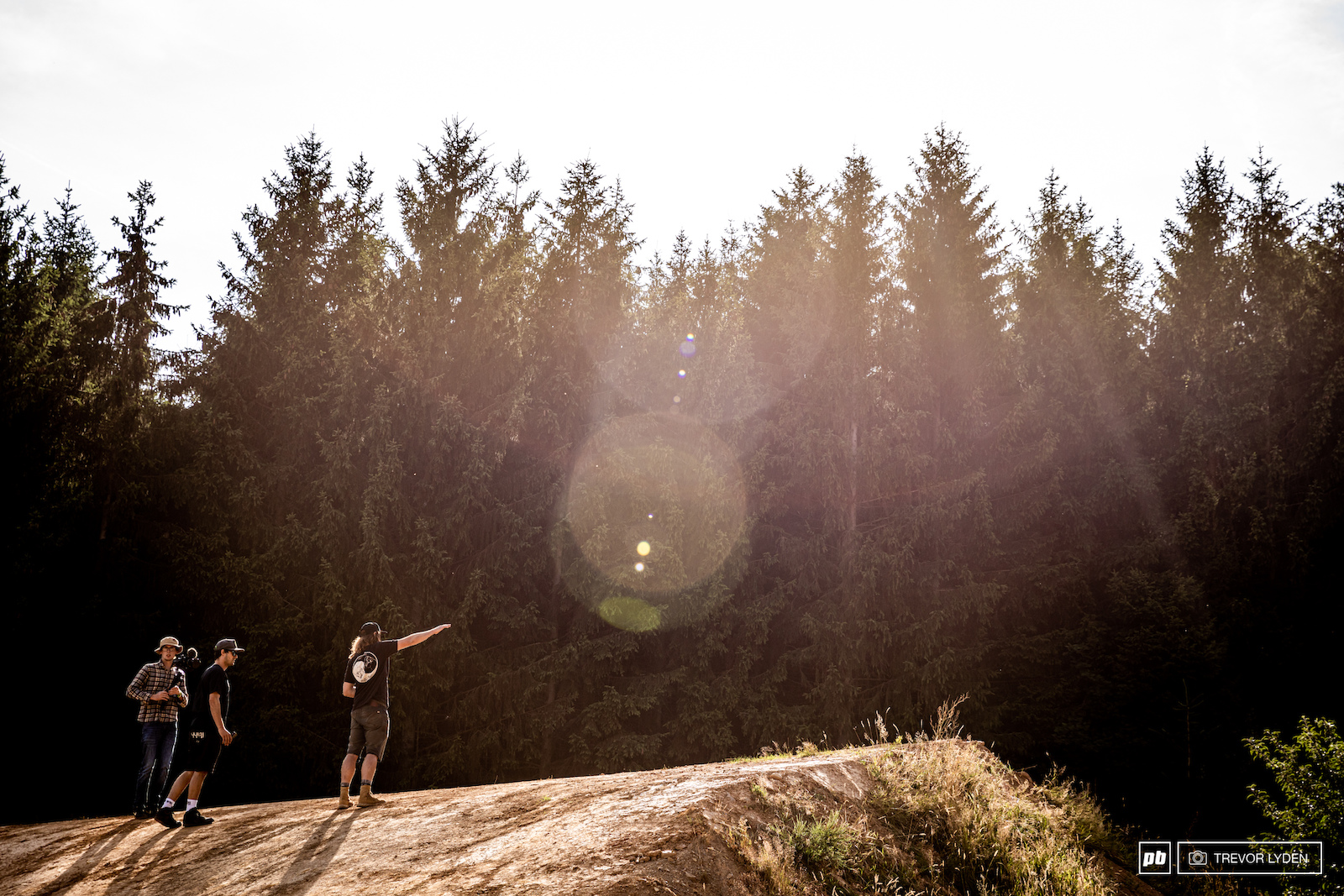 The man himself Nico Vink during the filming of the course preview. 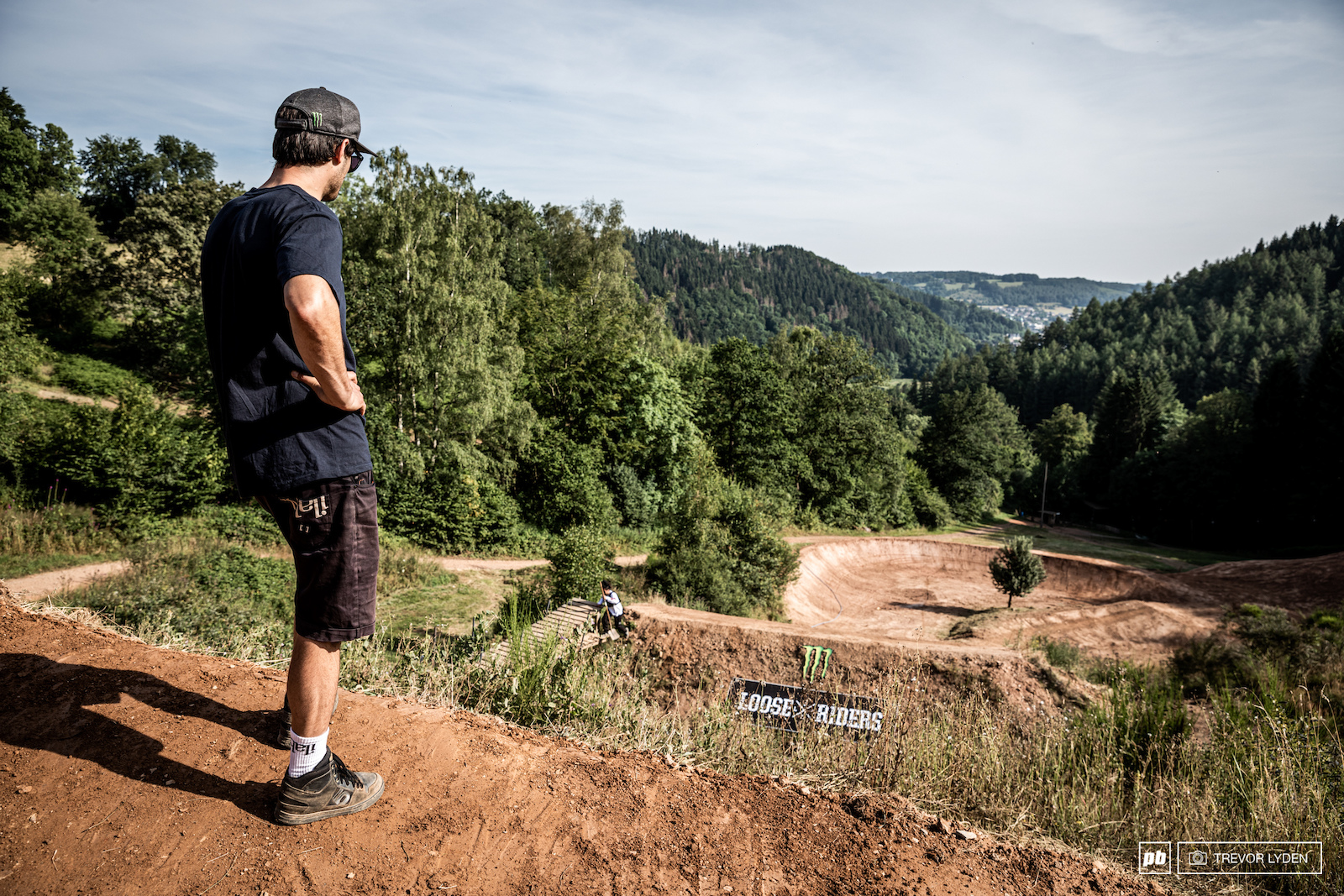 Sam Reynolds looking down at the longest feature on the course, a 100 foot step down. 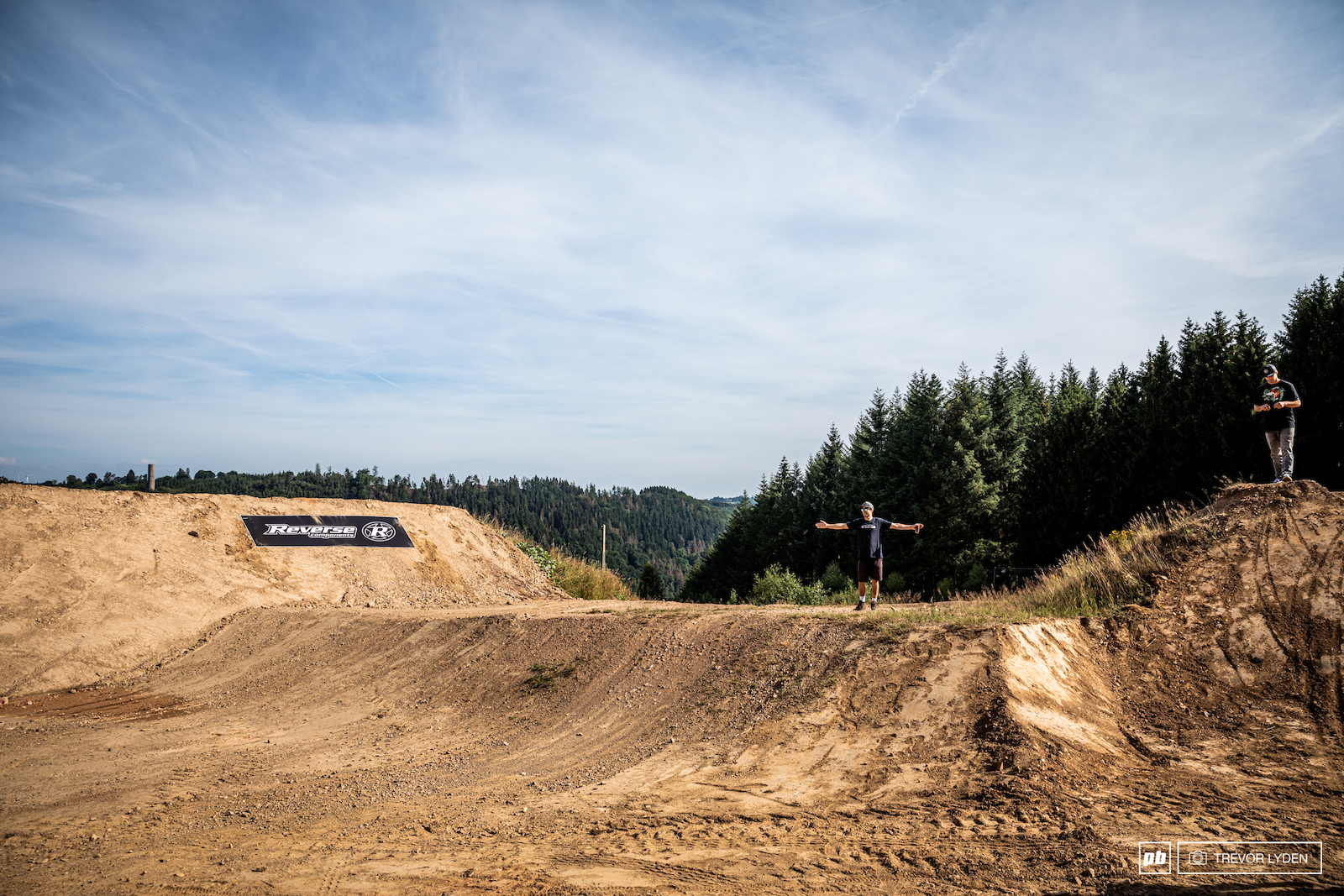 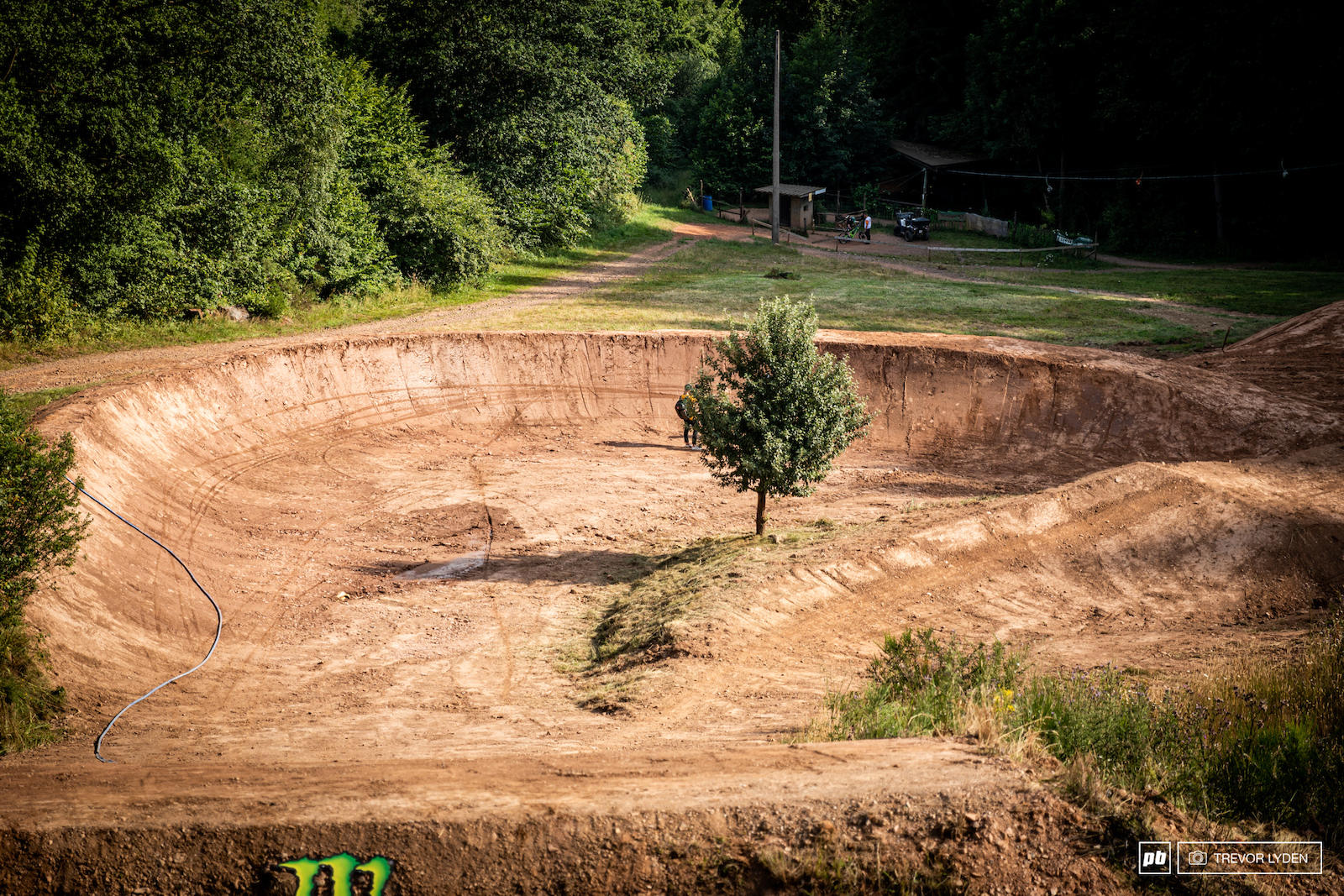 The most visually impressive feature, a 220 foot long berm. 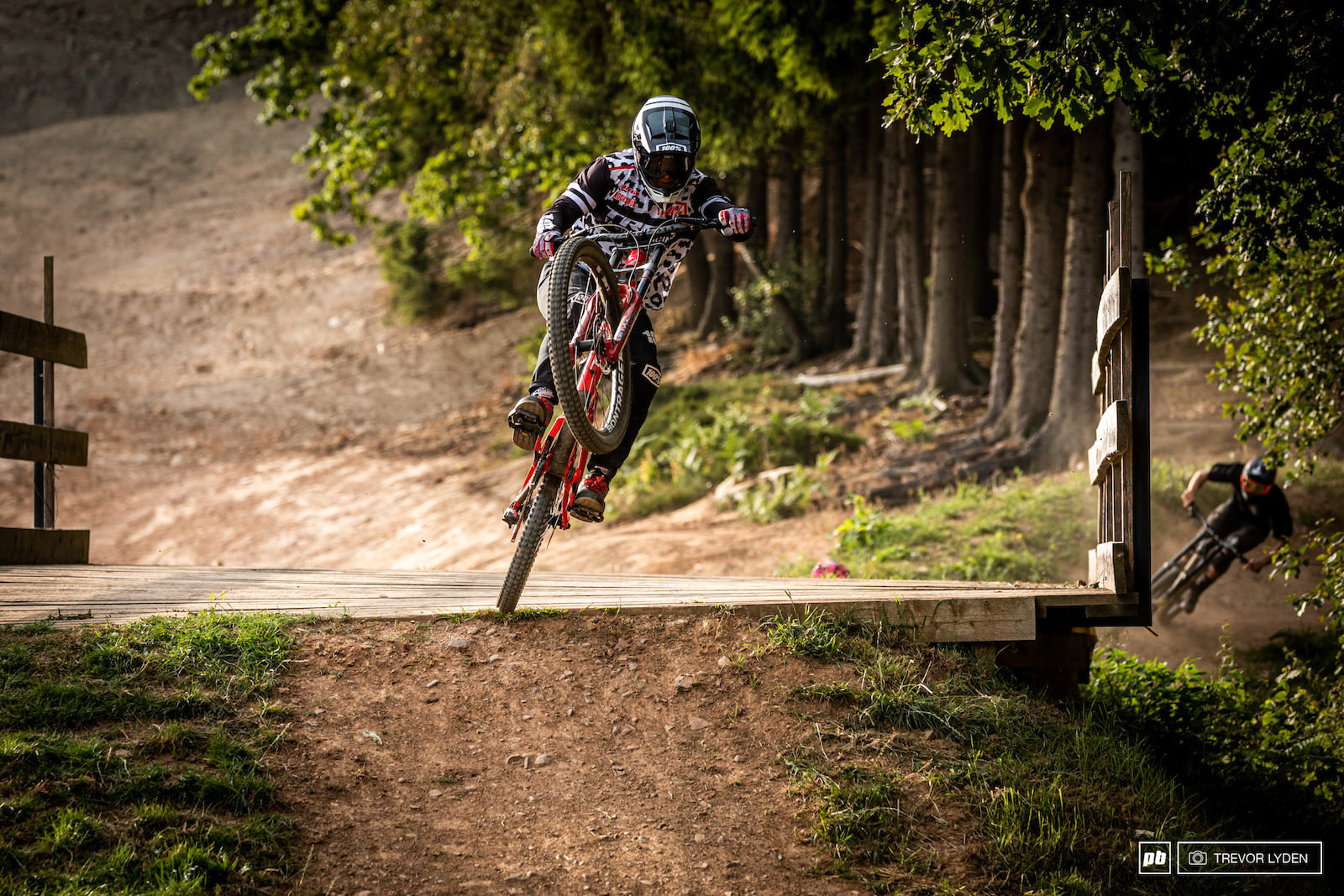 Kade leading the train on a warmup lap. 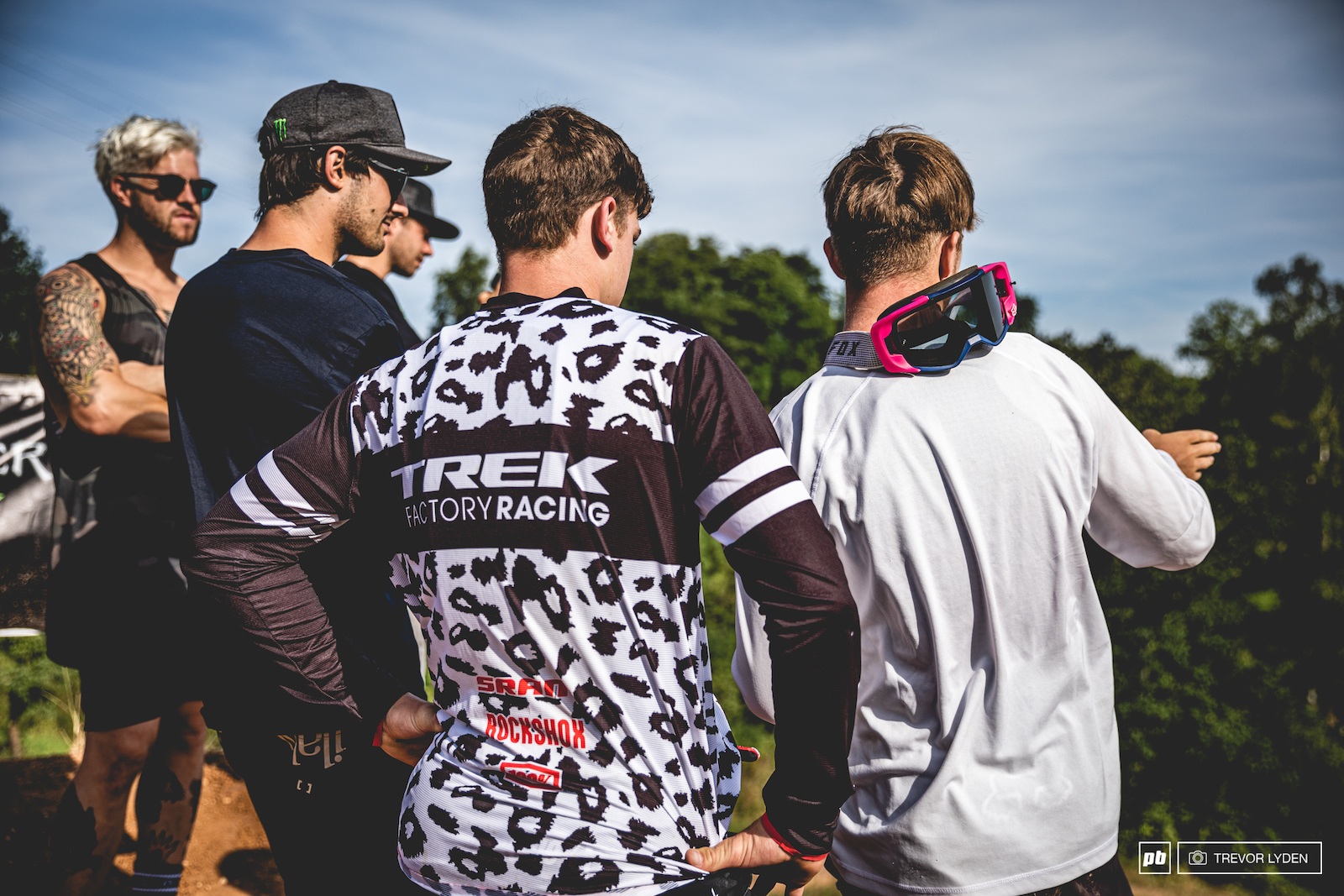 World Cup racing is a bit different than riding the Fest series, but Kade and Kaos seem to be adjusting alright. 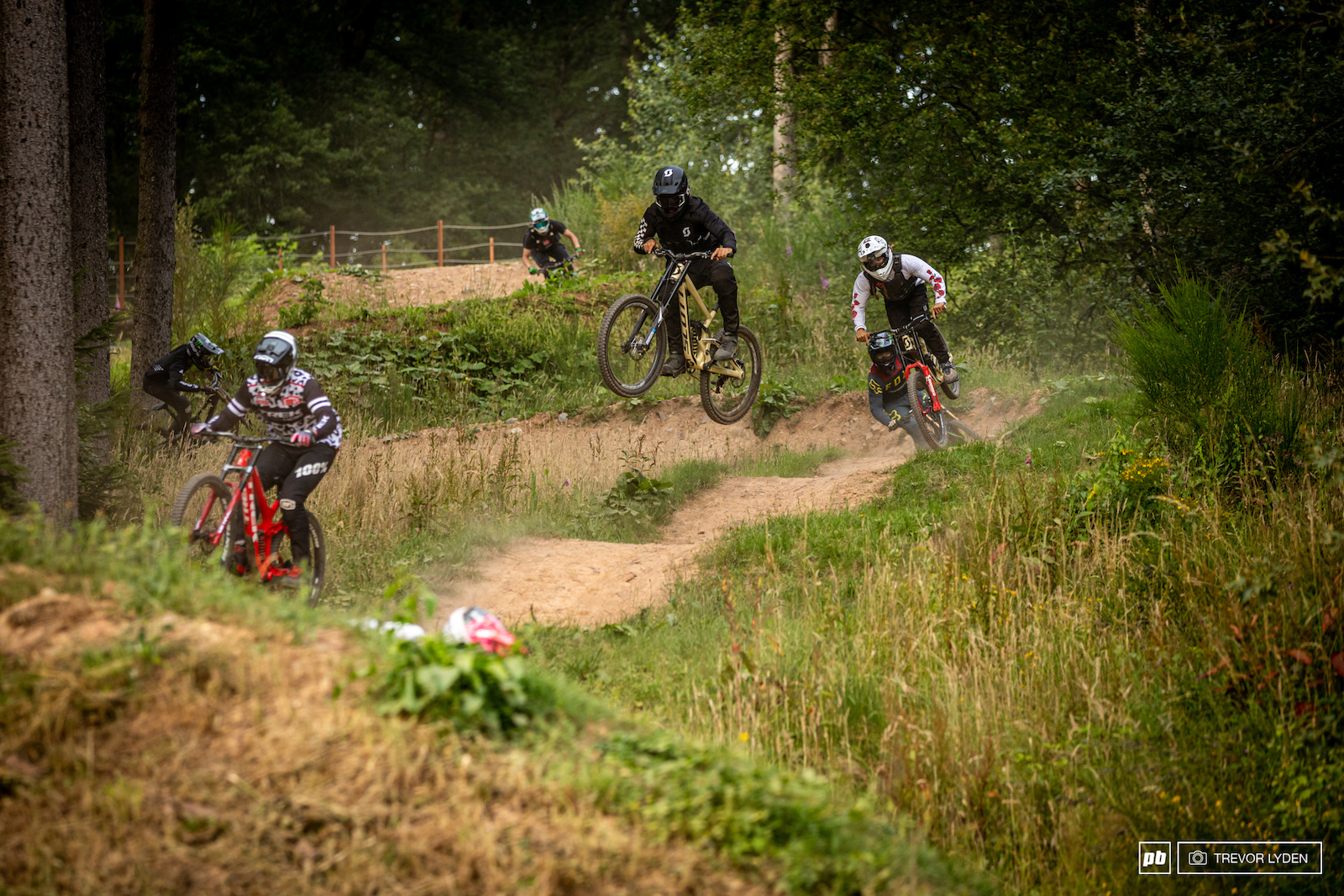 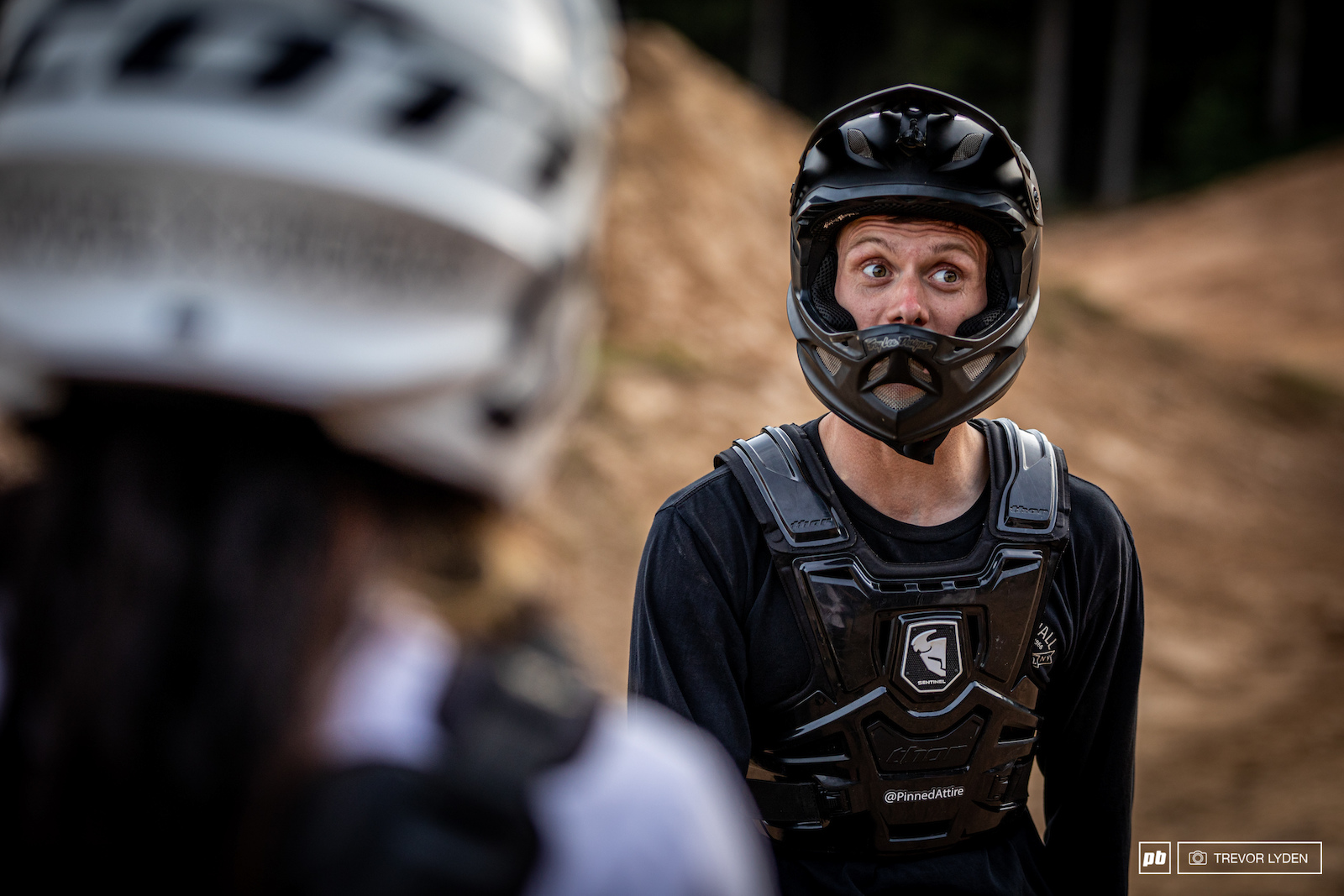 Damn that was big. 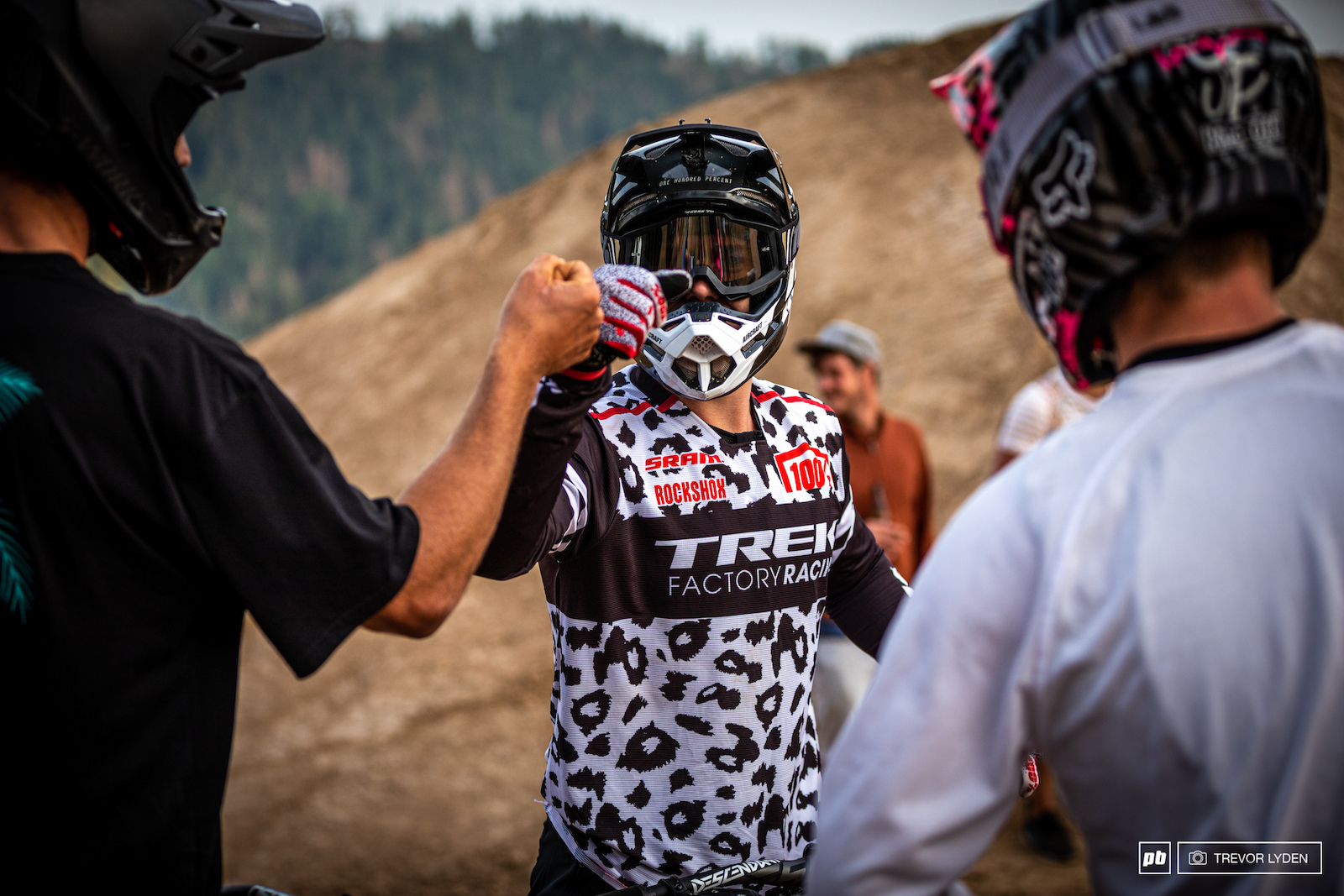 The stoke after sending the first hit. 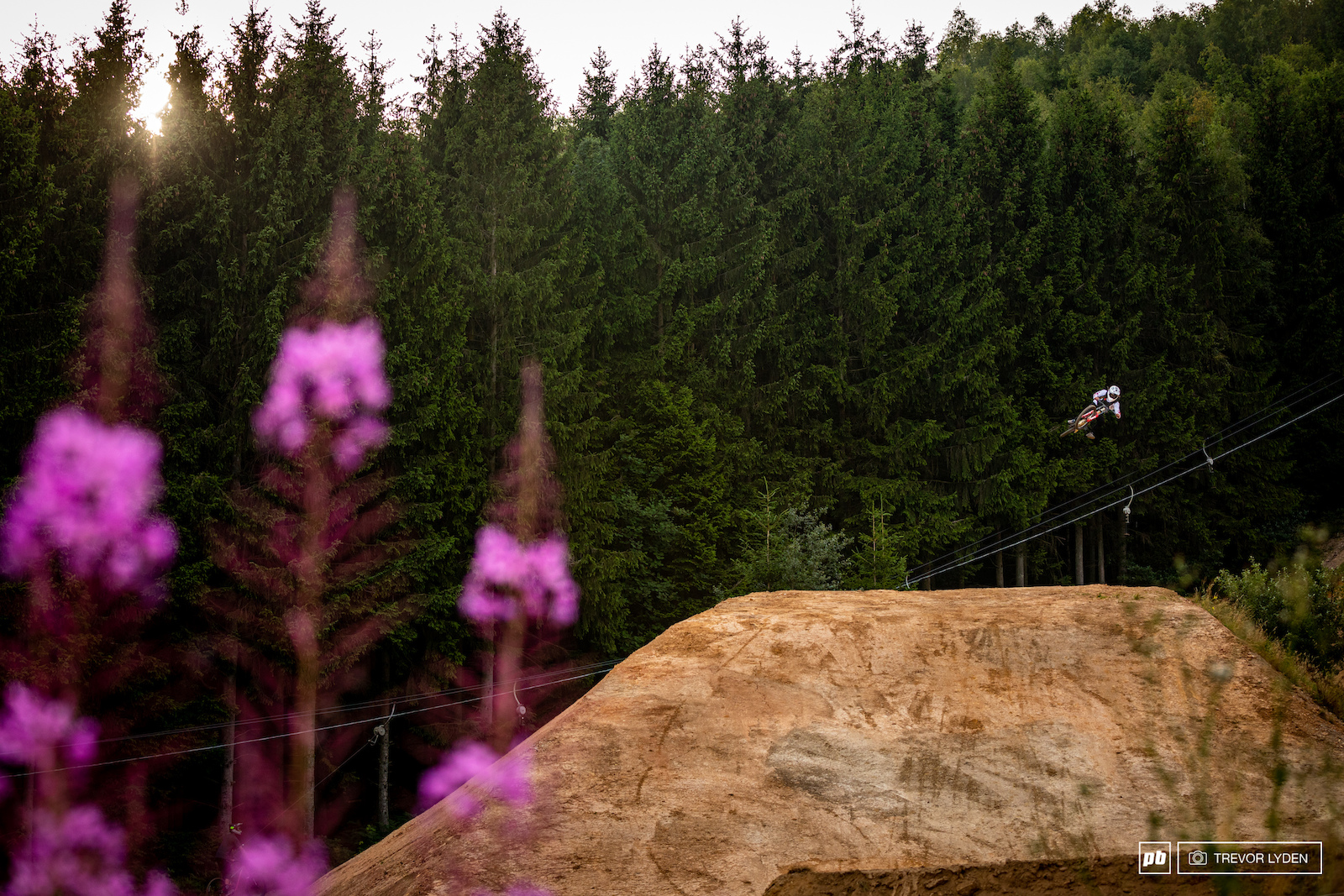 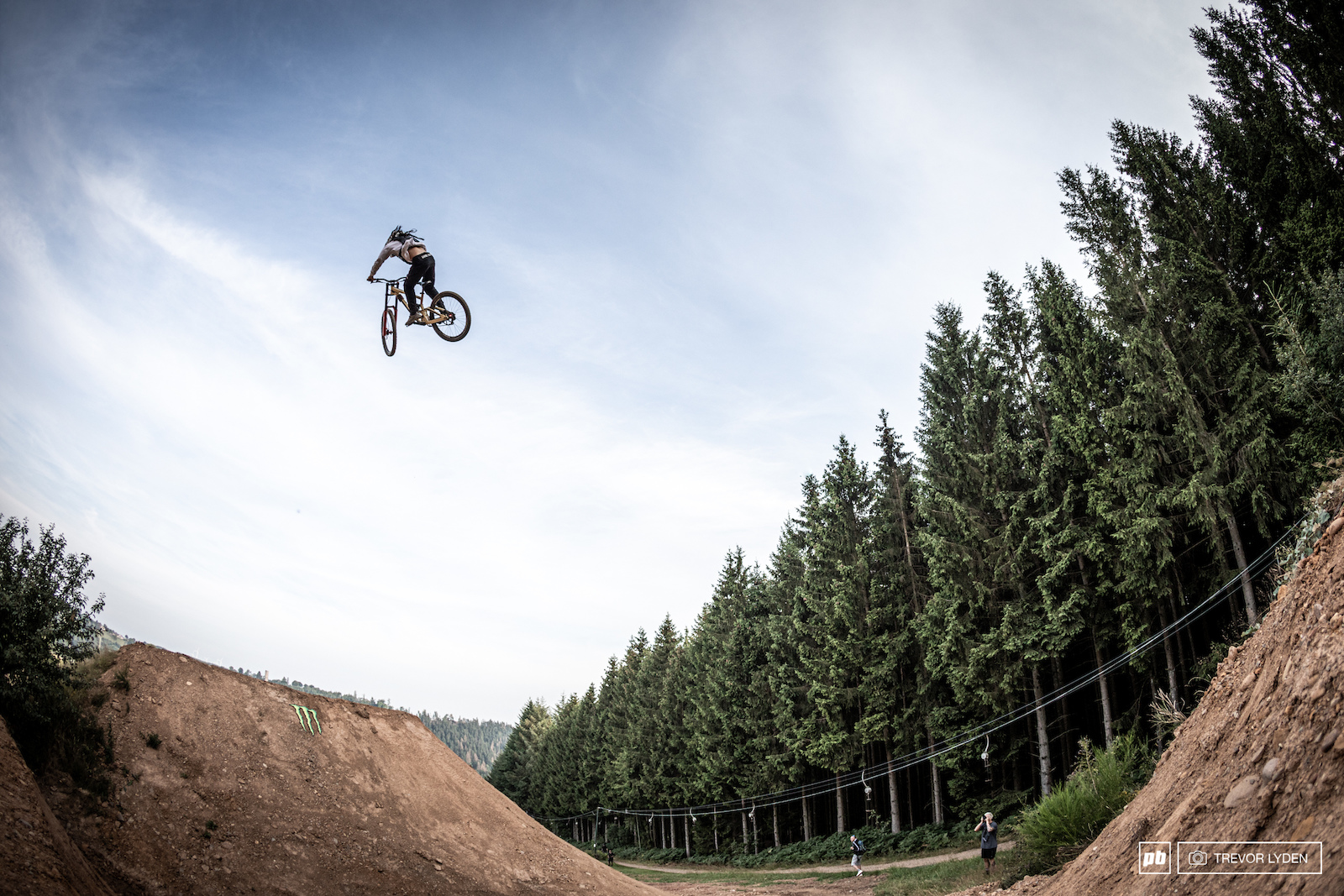 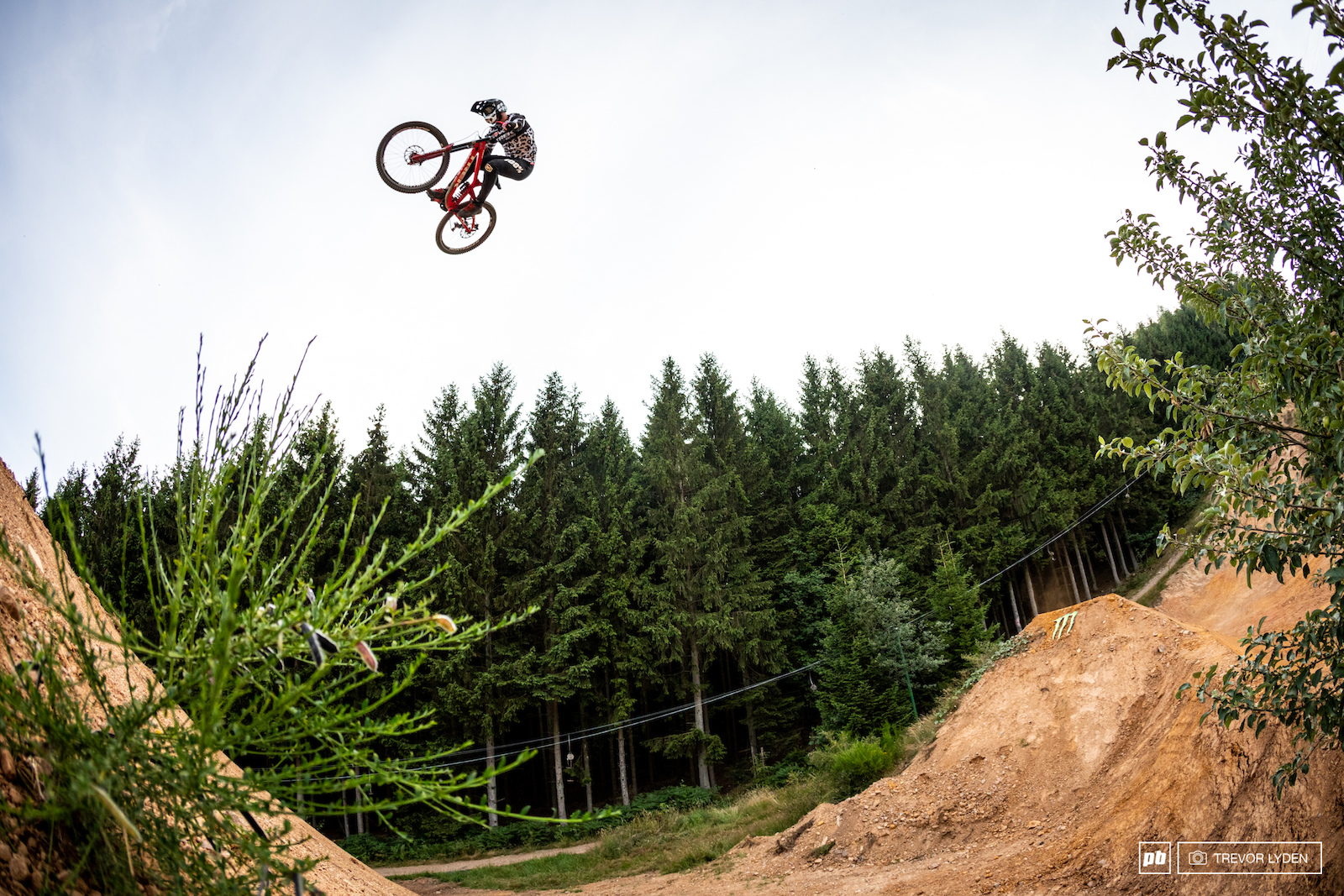 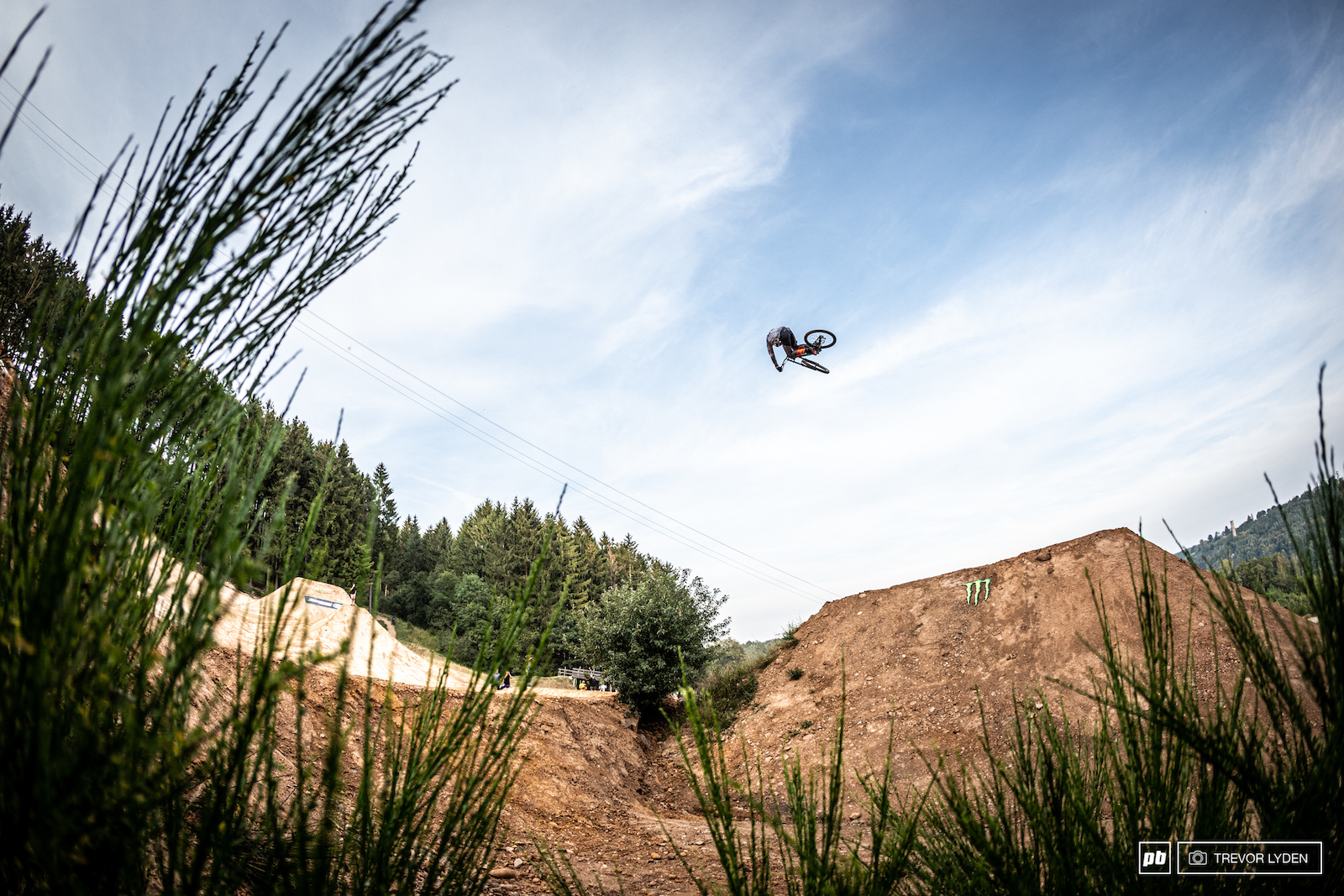 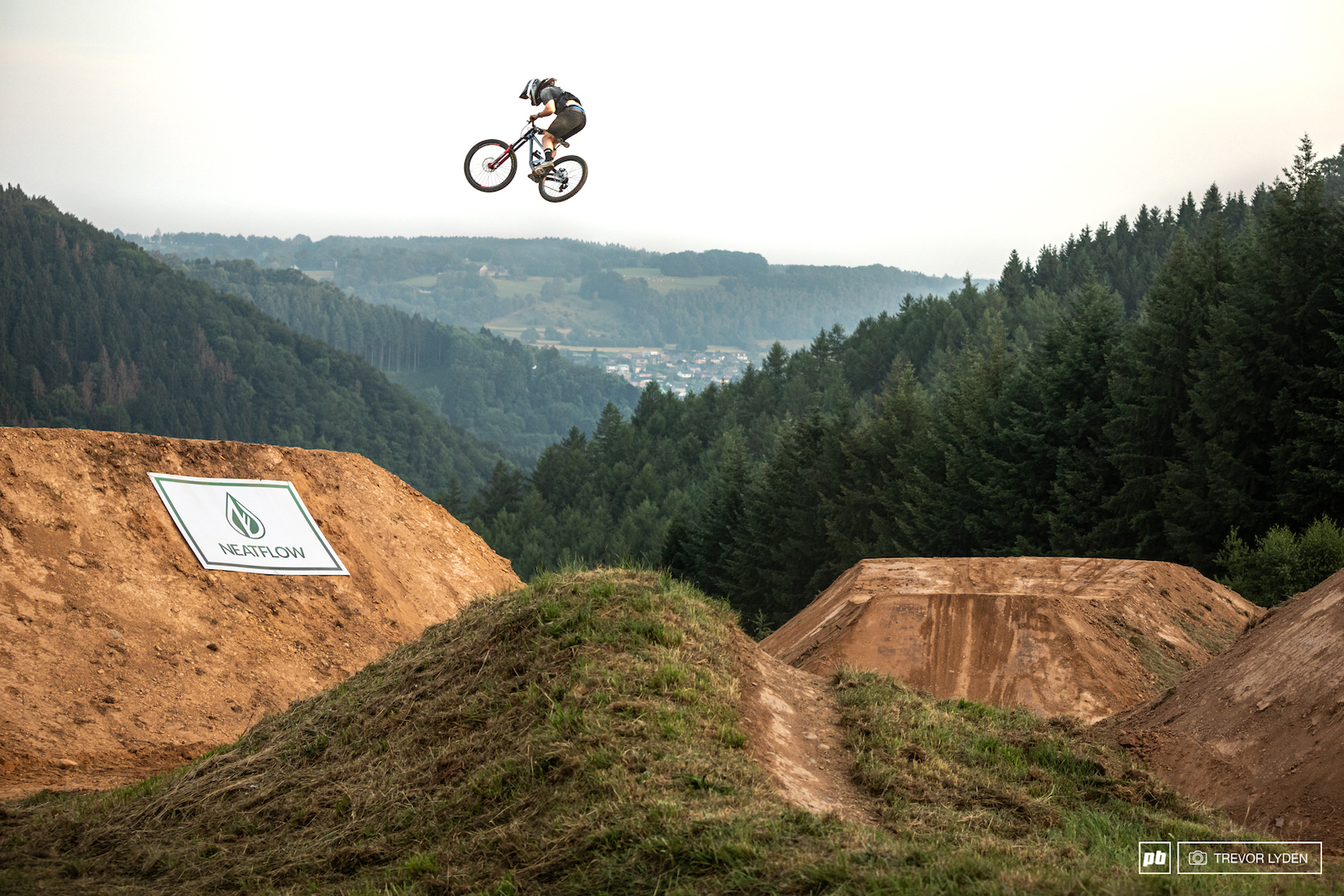 It's good to have Remy Morton back in action on the Loosefest course. Here he is on the third hit. 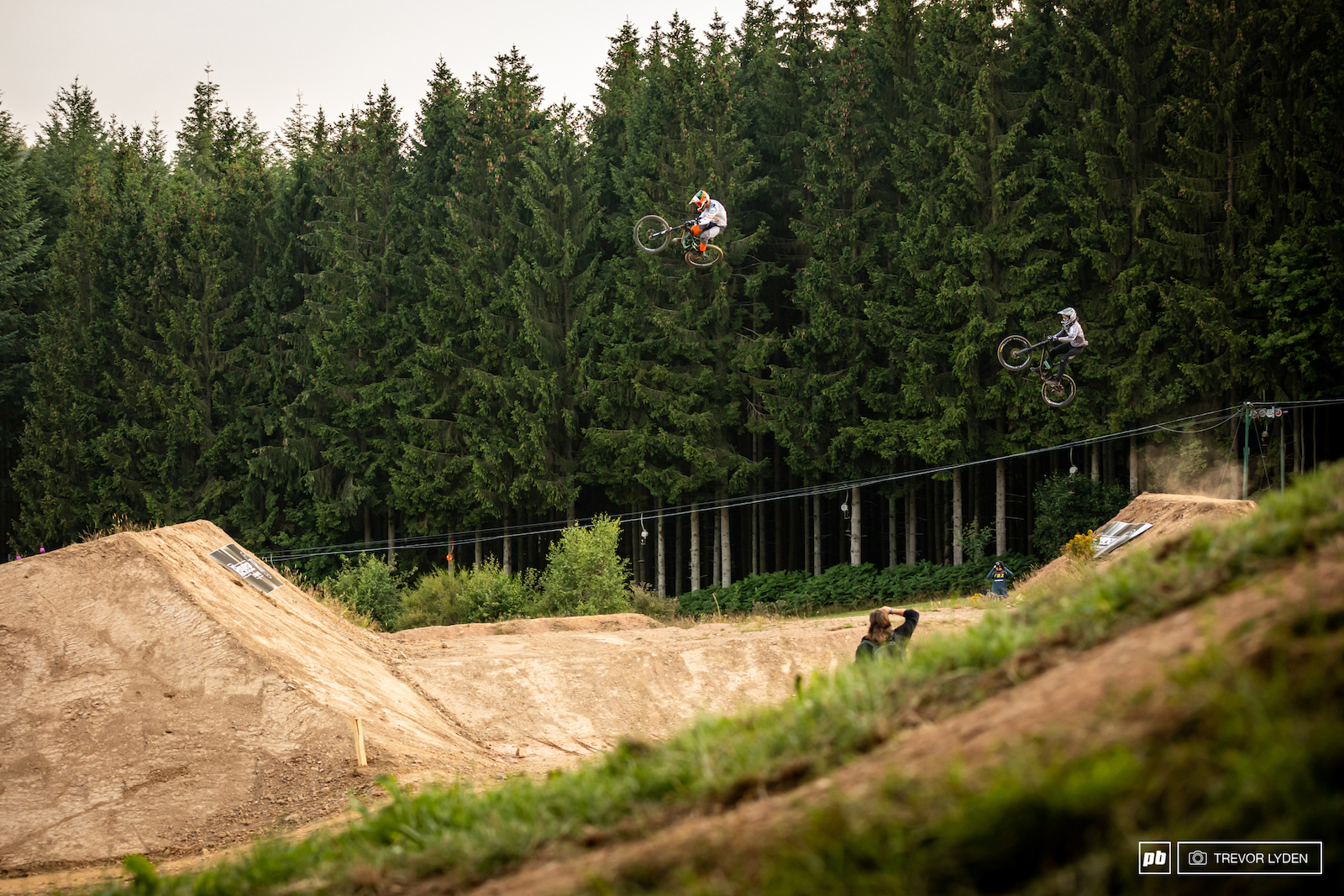 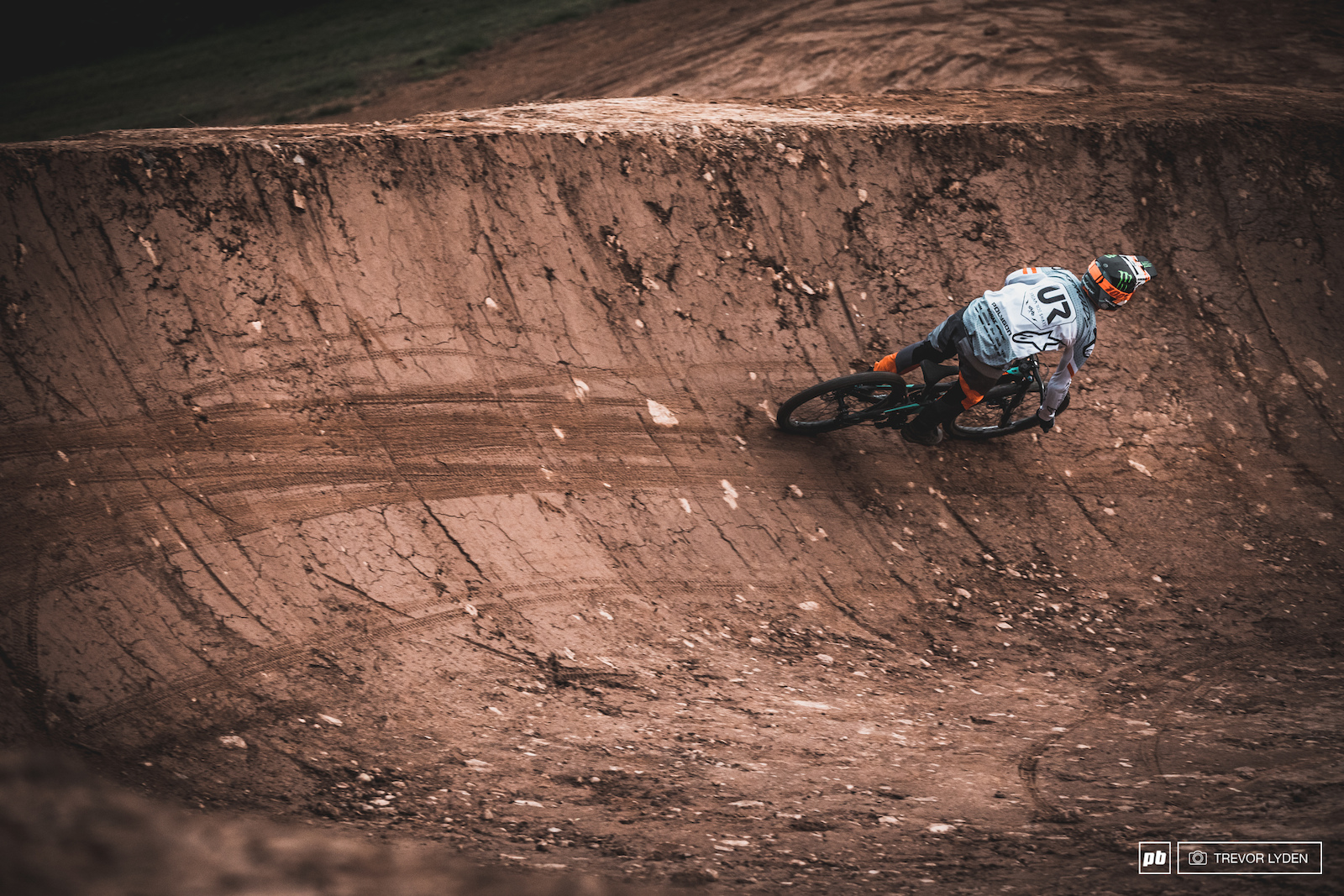 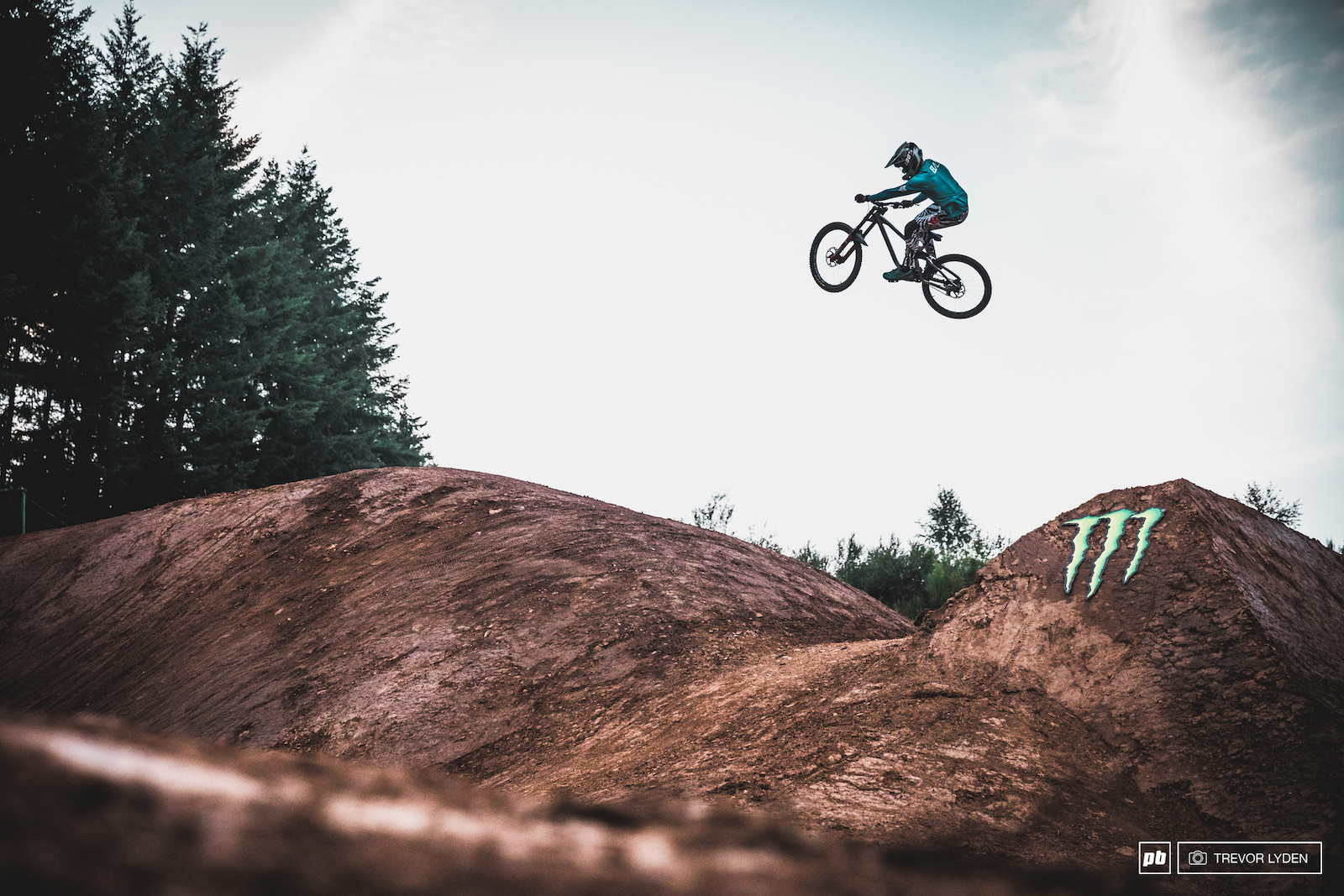 WTF?! They've been building these jumps for 5 years with mining equipment and no one had a $40 tool to measure them?

justinhoelzl (Jul 17, 2019 at 9:43)
they arent trying to hit #s, they are trying to design a line that works, numbers come later, when you build to design a feature on a layout rather than build features based on layout, shits usually not gonna work, and on that big, that could mean death, imagine coming up on the backside of one of those jumps

BikesBoatsNJeeps (Jul 17, 2019 at 14:17)
I have one of those Bosch laser measuring devices. So accurate. Like .25mm accurate or better. My wife takes it on architecture jobs when she's doing the initial space layouts. Huge time saver for her. Plus the batteries last like a year. I used it to do my cove base moulding and it was so dead precise. Worth every penny.

WAKIdesigns (Jul 17, 2019 at 14:23)
@BikesBoatsNJeeps: I wanted to chime in and say that Bosch laser measuring device is full tits. Precise, reliable and the crown is not creaking...

ctd07 (Jul 17, 2019 at 14:54)
@Sardline they used to use tape measures, but now with global warming and factoring in metal expansion they're no longer a reliable way to measure such large gaps

BikesBoatsNJeeps (Jul 17, 2019 at 15:15)
Shoot. Waki agrees with me. Does this mean I have to quit Pinkbike? Do all my posts now come under additional scrutiny? Have I jumped the shark? Damn.

WAKIdesigns (Jul 17, 2019 at 15:17)
@BikesBoatsNJeeps: we use a few at the office and Bosch is always charged, it is small, buttons are easy to find and press while holding it at weird angles. We also have Leicas and they are sht.

megatryn (Jul 17, 2019 at 22:18)
And to think, they couldn't set the range finder to metric? Noone in their right minds care to understand imperial measurements!

Mattin (Jul 17, 2019 at 17:08)
@robnevins: The whole point to education is to move forwards and becoming smarter, not to move backwards by adjusting to primitive systems.

RichardCunningham Mod Plus (Jul 19, 2019 at 0:08)
International aviation rules dictate that altitude and runway lengths are expressed in feet. I think this contest falls in line with those protocols.

The irony of it all, is that they actually measured it in metric and @trevorlyden got @sykkel-martin to convert all the measurements for this article. (Don't tell them I told you)

shedsidechuck (Jul 17, 2019 at 11:41)
stoked to see how bmx has been continually influencing slopestyle and freeriding. Loosefest shows how accessible these events can be,...you can build courses almost anywhere on the planet. And when we colonize another planet it'll happen there too!

sadfusde (Jul 17, 2019 at 9:42)
I'm so stoked to see Kaos and Kade! I have been saying they deserved a spot at rampage for a long time, lets see how they master these big hits!

mtbikemccoy (Jul 17, 2019 at 21:16)
Depends on who built the jump!! I’ve seen some locally built 10’ers I’d absolutely swipe left over these. I hate being 8’ high over a 6’ landing that’s only 4’ wide. All the risk and almost no reward. These look like the risk to reward ratio is in the black.

dirtbagluvin (Jul 17, 2019 at 12:41)
It's been great to watch the evolution of mtn bike jumps. Nico, you are such a humble legend!! When you get going that big, they have to built perfect, and besides actual bike parks, I've only personally seen this style of massive in the Kamloops area ala Brad and Ron. Hats off to the guinea pig badassery. Y'all are savages. Can't wait to see more

ciechan (Jul 18, 2019 at 12:10)
@ianswilson815: to be honest knee pads and back protector only protect you from scratches, skin damage; he might think that at these speeds and jumping distances, scratches will be his least important issue. Maybe.

hubertje-ryu (Jul 17, 2019 at 22:44)
The locals actually decided not to measure the length of their jumps using stupid feet as a unit, over 200 years ago. This middle age way of measuring our land almost feels insulting.

sundawn (Jul 18, 2019 at 4:04)
Is there any information about the injured rider yesterday?
Just saw someone laying down after the first big jump...