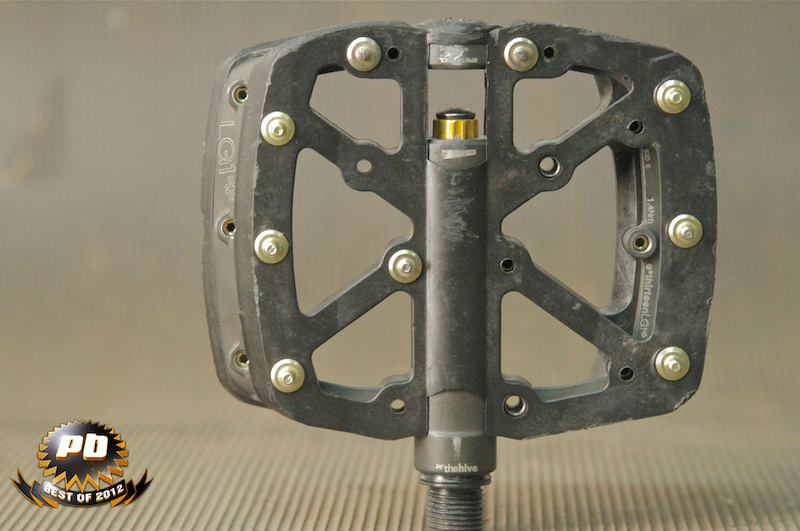 We ride a lot of different types of platform pedals here at Pinkbike and it isn't uncommon for us to argue openly about what each of us thinks works best. Show up at the Pinkbike office and you'll likely find us rattling on ad nauseam about pin layout, platform size, concave, and just how important (or not) a thin body actually is, with the finer points of pedal design never being universally agreed upon by any of us. e*13's LG1+ pedal managed to pretty much shut us all up, though, except for when we were going on and on about how good they are. You want traction? It has the most.
Looking for a massive platform size? Here it is. Want to adjust the amount of bite? Go right ahead. They aren't perfect: I'd like them to spin with less resistance than they do (an updated seal kit is said to greatly improve this aspect), and they look downright chubby compared to some of the ultra-thin models on the market, but the LG1+ pedal simply offers so much traction and support - exactly what most platform users are looking for - that it makes the majority of the competition look silly.
e*13 Components