Join Pinkbike  Login
23 Comments
Dietzenbach – Rumours were already afloat – now the deal has been confirmed: from 2007, freeride star Richie Schley will ride for the German brand Rotwild. The 37 year old Canadian, often referred to as pioneer of freeriding, has influenced the sport like no other; Schley is one of the most successful and most photographed mountain bike pros in the world. With his change to Rotwild the outrider of freeriding set the course for his future."After ten years with Rocky Mountain, I am very excited to align with an Elite brand like Rotwild because of their size and commitment to engineering quality”, said Richie Schley. “The bikes are unique and very light. I can't wait to have a new ride that is much lighter. They are very interested in my ideas and should be able to implement them quickly because of the size of their business.” With his change to Rotwild the Canadian has set another important milestone in his career as MTB pro. “Hopefully, I will learn more about designing bikes, a different market place and possibly importing bikes into North America. My long term goals are to continue to be involved in the biking as a rider on some level and to spread the bike love to as many people as possible. Mountain biking has given me a very fulfilling, healthy lifestyle and I would like to share that with others.”

During a visit at ADP Engineering in November, Richie Schley thoroughly checked out the Rotwild bikes and was thrilled – above all by the ROTWILD RFC 0.4, which won first place in the freeride category at the 2006 MountainBIKE magazine reader polls. The elaborate long travel Enduro bike with 180 mm of travel and a sensitive X-Linkage carbon swing arm precisely meets the expectations of the Canadian. “I really look forward to riding that bike on my favourite trails in Whistler”, he said. 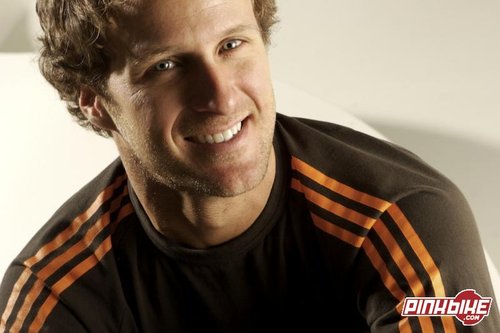 "We are proud that Richie has decided in favour of Rotwild“, said Peter Schlitt, managing director of ADP Engineering. "For us this strategic partnership is the start of a new era. This year we celebrate our tenth anniversary and the freeride segment has always been an integral part of our business. Since we introduced the first Rotwild bikes, in 1996, we followed an independent philosophy with a clear target: to create the optimum competition bike at the highest level of technology. This aim was the origin of the Rotwild brand, and is still the basic principle behind today’s product development processes. Our partnership with Richie goes far beyond classic athlete sponsoring. Richie will bring in many years of his experience into our development process and we will launch new products together so that in the end the Rotwild client will benefit from this partnership. And since Richie is not ‘only’ a freerider but a full-blooded mountain biker who also feels comfortable on a cross country bike, we will work together in many ways.”

easy (Dec 14, 2006 at 0:48)
here U go: www.rotwild.de/index.php?id=580&L=1 just choose the the "kit Ride". That's the bike He will be rideing. lower the seat, add a chain device and U have an light, long travel freeride bike. Maybe not for hooking of 50f clifs, but well, is He gonna do that? perhaps he was fed up with rideing RM for ever and wanted somethimg different?? not saying that RM bikas are bad...

aenema (Dec 14, 2006 at 7:10)
I think that Rocky is making a mistake in not keeping him. He may not be throwing the same tricks but he's still throwing and the man's an icon. I can connect with Richie's riding more than I can the new kids out and I think I'm in the majority. I wouldn't be surprised if there is something of a backlash against Rocky Mountain for this seeming abandonment of an idol to so many of us.

mjktool (Dec 14, 2006 at 8:10)
Just a few comments from someone from germany:
Rotwild is not a huge brand in europe or germany when talking about numbers of bikes sold cause they are a elite brand (No, they are not cheap!). For me it seems that they have focused on the marathon and XC sector the last years and they developed some really good bikes for that. They use a lot of new stuff to develop new bikes and when it comes to using new materials they are one of the best in germany. So there impact on the marathon bike scene is quite high, but I thing there are better companies for freeride or dh bikes (like Nicolai or Alutech). Lets see if Richie will make a difference...

corerider (Dec 14, 2006 at 20:27)
Typical. Rider goes for money rather than substance, but we all have to feed our substances, be it food or whatever. I did not expect soul in freeriding once the suits got into it, but in the end Schley will be paid so who cares. I will get to ride him on the Shore for this, but he will not care with the checks he will be getting. I guess he will be able to look in the mirror in the morning.

rattlehead (Dec 15, 2006 at 0:21)
I think it's not Richie wo is to blame of leaving RM. He ment very much for the scene as it is to day, and for rocky as a freeride brand. You should think a life time contract with RM should be normal, not that a stupid dispute about mavic or shimano rims (RM should have stayed away from the japanese stuff, although it is good) could end that.

konad (Dec 15, 2006 at 12:08)
no question rockymonutaon is and always will be better then rotwild but i think rockymountain needs younger riders. even there new member brooks is older. rockymountain needs 16 year olds and stuff liek that. i dont no if they will do that but its just time.they dont have much skill for the newstyle biking. crankwoerx etc. at the same time there more a freeride company but will see whats goign on.....

ov3r1d3 (Jan 1, 2007 at 10:14)
most miss the point this guy has more style and flow than most pros could dream of and hes still going.maybe RM should think about character and ability more than age and flavor of the month most new pros got crazy stunts but what about soul?

thedirtmerchant (Dec 13, 2006 at 17:51)
its a shame he's leaving rocky but its his life and how he lives it. but i cant find their freeride/DH bikes in the site. good job Richie, i saw him on credit line. keep it up man.

mxsptzr (Dec 13, 2006 at 12:45)
since when is Rotwild a big company? Is it only big in Europe? I hadn't heard about Rotwild before this. But their bikes do look awesome.

lucgaudet (Dec 13, 2006 at 16:01)
I personally beleive rocky was the better company for richie. but if rotwild will provide more of his new interestes i suppose thats better. good luck

phreekboy (Dec 13, 2006 at 21:53)
what the hell the bikes look like crap from rotwild. maybe since richie is there they will come out with some good/ decent freeride and downhill bikes.

supergluegun (Dec 13, 2006 at 20:13)
its cause rocky mountain wouldnt take him back..hes to old and can't keep up with the youngsters