After a long year I needed to switch things up a little. No matter how much we videographers love doing our thing, I bet almost every one of us at times wishes that we could leave the backpack at home and instead play the leading role. Even just for a day or two. My bike will always be more important than my camera, so I felt that it was simply about time to reverse the roles. I wanted to blow my own trumpet. However, being the man of the hour in front of the lens demands a proper wingman. In my case that is fellow Swedish film maker and rider Philip Lundman. We decided to put our heads together to pursue my goal of self-actualization and create a piece of motion picture showcasing a slice of prime Swedish shred! 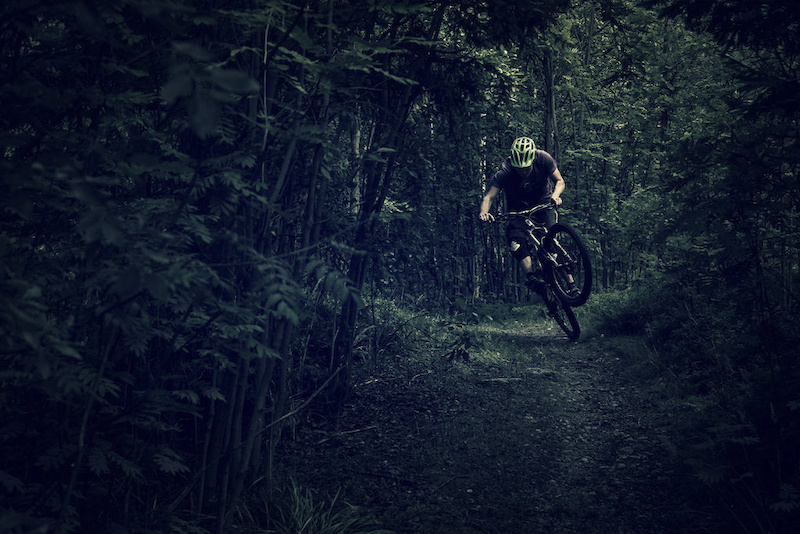 I'd like to thank the following companies for their support and belief in me:

dirtjumper771 (Oct 15, 2012 at 10:18)
That was some sick riding! I was really surprised how much you killed it on the bmx, after seeing you rip it up on the big bike it was cool to see you throwin down some tricks

And yeah, high five to us!!

brodoyouevenbike (Oct 16, 2012 at 5:15)
They do tend to spend a great amount of time with rippers, you gotta pick up something.

Rawkus777 (Oct 15, 2012 at 12:45)
Hell yeah!!! I was like "Damn he is actually pinned as hell" and then I saw the bmx segment and thats when I knew this was going into favourites! Well rounded and damn good at it or what! Stoked me out

husstler (Oct 15, 2012 at 11:48)
Sweden looks like a beautiful place to ride. The big bike section seemed like a great trail and great conditions.

ironhorserider7 (Oct 15, 2012 at 12:13)
Bad ass photographer, super shredder on every kind of bike there is, your my hero man keep shredding, vod for sure, your a stud

Myjester (Oct 16, 2012 at 2:29)
Good god that was sick!
Will be going to Sundsvall for 6 weeks once I'm back from Korea in December! Woop!
Well, I only have a hardtail and I guess there will be enough snow to make that irrelevant, but awesome to see stuff other than Are
on the front page!

Guess I'm off to look around for a few other edits. great work again!

ferretca18 (Oct 15, 2012 at 12:34)
Awesome! Also, all the photo/video guys I know are total rippers on bikes too, and yet never have vids of themselves! This edit made me wanna go and ride so bad! Good stuff!

QueenstownBikeTaxis (Oct 15, 2012 at 19:24)
One of the most talented guys I've ever met! Nice one Jon TV, I'm stoked to have a QBT edit from before you got super famous and took over the world

captain-sandbag (Oct 15, 2012 at 17:25)
Do you ever have an awkward moment where you're better than the person you're filming? Sick riding!

JoseMPM (Oct 15, 2012 at 18:44)
Sick style and skills, both camera and riding, and talk about multitalent indeed, DH, enduro and BMX all dialled!

jonbokrantz (Oct 15, 2012 at 12:16)
Yepp, I'm normally the one behind the camera. This film is partly self-filmied (yes, cameras on tripods and run like hell) but mostly all the clips are done by Philip Lundman. I directed, edited and rode the bike

tsukuyomi (Oct 15, 2012 at 13:00)
Just search for Jon Television on Vimeo for instance. There will be good stuff, where Jon is where he usually is. Behind the camera, eating kvarg.