Join Pinkbike  Login
It’s been a whirlwind of a season opener for the Santa Cruz Syndicate. Two podiums at the Sea Otter Classic held this past weekend in Monterey, California top off the past three weeks. Steve Peat placed 5th in the
Pro Men’s Downhill, and John Waddell placed 2nd in the Expert Men 25-29 cross-country category. Waddell raced strong in the rain to come second, as he made his North American racing debut since suffering a major head injury in 2003.The Santa Cruz Syndicate team gathered in Santa Cruz, California on March 27th to launch the new season with a propaganda week filled with photo shoots, media opportunities and a clinic with the Jr. Syndicate team. New athletes to the Syndicate roster are Steve Peat and Jamie Goldman and they were pleased to join in the activities that were planned for the week.

Steve Peat flew in straight from the mountains of Peru after winning the Megavalanche race held March 26th at the Sacred Valley of the Incas. The race started at a gasping 14,000 ft. The 15km track dropped 1045m and Peat completed the race in about 45 minutes after crashing three times. He needed stitches to close a small wound in his leg, and upon arriving into the States he had apparently brought back some unwanted travelers in his intestinal tract….


Nathan Rennie flew in from Brazil from racing in the Red Bull Challenge in the Gold Mine, where he raced his new SRAM/RockShox Black Box equipped Santa Cruz Nomad into 2nd place. The course dropped 120 meters down on the 650-meter long track, which passed by jagged rock walls, over wooden jumps and berms, crossing the tracks into the depths of the mine.
Rennie found his way into Santa Cruz after missing a few flights getting back (next time the airline needs to shake him up to wake him up at the gate!)…. 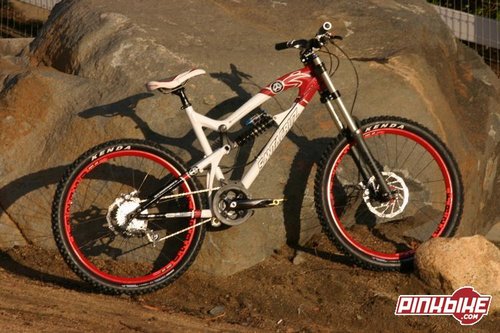 Jamie Goldman flew back to his hometown from the Ultimate Dirt Challenge in Rincon, Puerto Rico, with a bum knee. He tweaked it as his foot slipped off his pedal on a landing and twisted his leg outward. This put him out of the Santa Cruz action photo shoots, and he attended the Sea Otter Dirt Jump Comp as a judge.

Kirt Voreis remained stranded in Southern California as delays with the graphics for his new Allride Tour sprinter van detained him. The team missed his presence at the propaganda week, but the wait was well worth it as he rolled into Sea Otter with his van and trailer looking sweet and ready to tour America with a fleet of Santa Cruz bicycles. 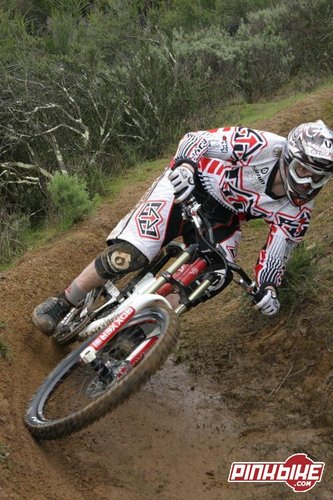 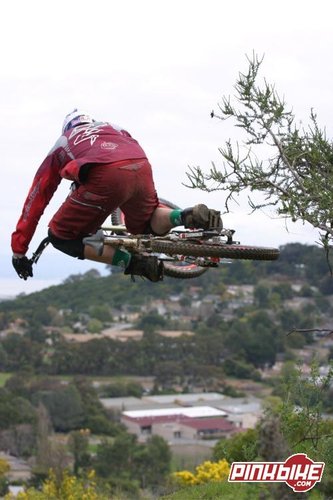 The week was busy, and rain overshadowed many of the photo opportunities. To keep boredom from settling in, the limping Goldman showed the boys around his hometown. For laughs Peaty and Rennie decided since they were at the beachside community their pasty white skin looked out of place and they opted for a visit to the spray on tanning salon. Deciding on how dark to go was easy. Cautioned that the dark spray on their whiteness would be extreme, Rennie chose that one, for sure! Trouble set in a few hours later when the boys decided to go for a jog between rain showers. When Rennie’s tan started to slide down his face, they walked home to minimize sweating it all off. 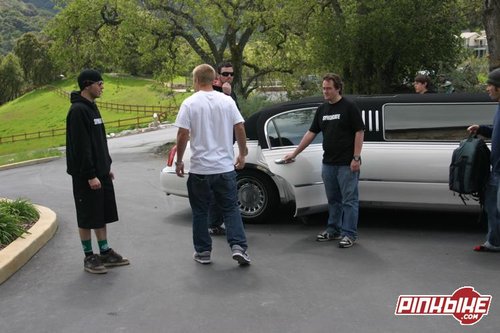 On Saturday, April 1st, the Syndicate team rolled into the Jr. Syndicate compound in Los Gatos, California to join the Jr. Syndicate team for a lecture clinic. The kids were thrilled as the best bike riders in the world arrived and exited the limousine driven by 14 year old Rian Barth. The senior Syndicate riders gave racing tips and advice and autographs all around. 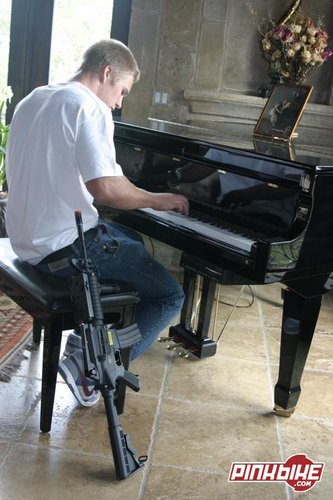 Goldman astonished his fellow teammates by playing the grand piano, for real, and the Barth’s shared not only their beautiful home, but some great toys, as well. Florian Barth wetted down the driveway so the kids, big and small, could drift the golf carts around. The day was a huge success.

Heading on to Sea Otter Peaty, Rennie and Waddell prepared for their events in the soggy conditions, and enjoyed the few sunny days. Peaty found adjusting to his new team quite enjoyable, and he and Rennie had their own Umbrella Girls to protect them from the sun and the rain. By now they were pasty white again…. 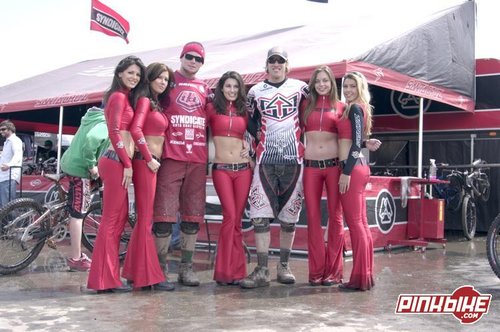 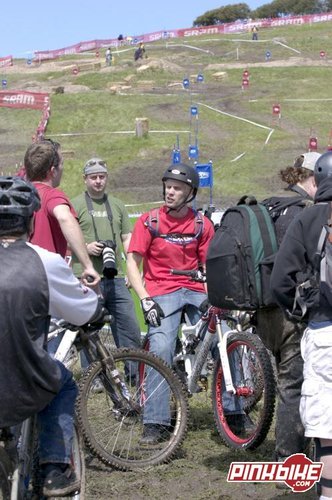 Kirt Voreis taught a Bikeskills dual slalom clinic and had more paparazzi following him around the hill as the legend himself showed off his mad skills. He made the rounds of sponsor appearances and is the new face of Camelbak. 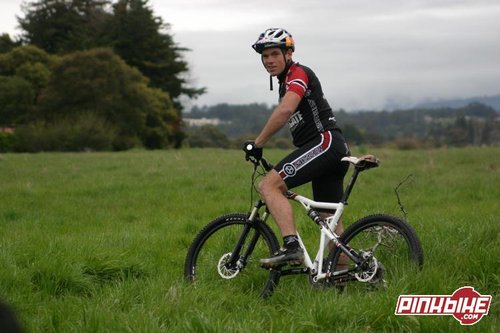 The highlight of the racing for the Syndicate was having John Waddell back in action. He raced 2 laps of the cross-country course in the rain to place second. Finishing late in the day on Sunday, the SRAM crew and the Syndicate team were on hand to cheer him on the podium and spray beer on him, welcoming him back to racing in America.

In gravity action Peat placed 5th in the downhill with Rennie 7th. The Omnium overall had Rennie 6th overall, and Peat 7th, after combined points from the Dual Slalom, Mountain Cross and Downhill were tabulated.

THANKS TO THE SYNDICATE SPONSORS: