Join Pinkbike  Login
After 7 straight years of Whistler pilgrimages we thought about not visiting Whistler for a season. But when we got the invitation to be part of this year's Deep Summer Photo Challenge we were forced to get in the plane for another 9 hour flight. It looks like we are doomed to come back every year. But destiny could be worse right?

After 4 intense shooting days for Deep Summer with Scott Markewitz we had a bit of time left to rock some of the trails of Whistler bike park. Equipped with some GoPros we caught the casual Whistler madness.

See you on the trails,
- Team InFocus 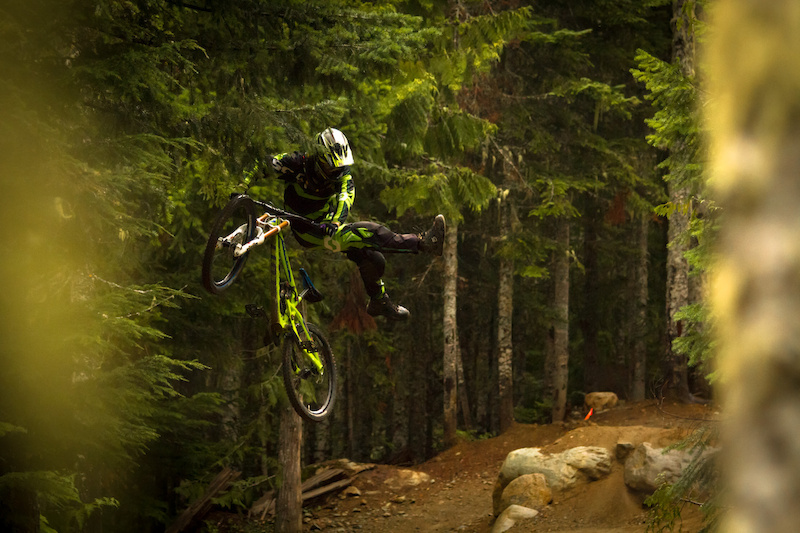 Andi with a cancan on Dirt Merchand 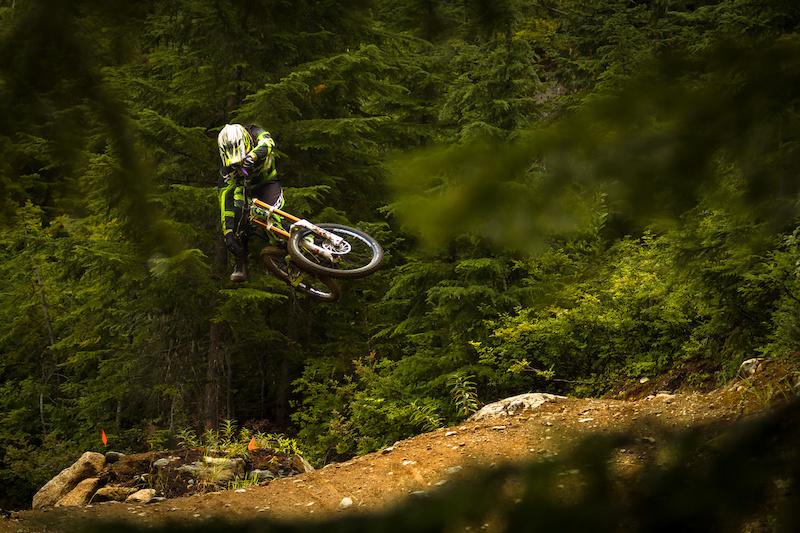 A euro with a euro on sidetrack

Suomiown (Oct 28, 2013 at 16:46)
Exactly the words i was thinking... Man the kids who live in whistler have such a great opportunity to ride the greatest bikepark and one of the best skiing centers in the world. Im jealous as hell!

jks (about the f*ck you bit)

superman601 (Oct 28, 2013 at 16:22)
Whistler scared me. I mean, I was riding down this trail and a Merchand came onto the trail just after the only gap jump on the trail. He looked like he needed a shower because he had dust and dirt falling out of his hair. Anyways, he tried to tell me how much dirt to put in a jump or something and I disagreed with him so he gave me an abrasion on my left arm that now is a scar!

thecrazyfrenchman (Oct 28, 2013 at 17:43)
Anyone got a video of someone hitting the drop in Dirt Merchant? It's on the left at :35. While I was in Whistler, I stared at it but didn't do it. Looks kinda sketchy. I was waiting for someone to hit in front of me so I could know the speed, but haven't seen anyone do it nor have seen it in a video.

Lilshredman (Oct 28, 2013 at 16:21)
In all sincerity, I actually want to thank pinkbike for posting the language warning. Not for myself, but for the younger riders that are on this site. I think that being an influence upon them so that the next generation of riders are still a respectable lot.

quigs (Oct 30, 2013 at 20:38)
Makes me embarrassed to be a local with people coming for vacations and shredding like that! You guys effing rock. Sick, fast, insane riding. You destroyed dirt merchant, a line and crabapple hits. One of you backflipped the hit I shattered my ankle on! Sick, amazing, unreal. Stoke for riding rising!!! Time to push up Fitz and hit a line one more time before the snow flies (still no snow here in Whistler)

gizmogunner (Oct 29, 2013 at 5:28)
a trio of gamblers amazing tracks and brilliant music what more could you ask for

preach (Oct 29, 2013 at 7:30)
One of the best things about the internet is that our local rinky-dink DH mountains can see this with ease and at least have something to aspire to in trail building...

Tomahawk990 (Jan 4, 2014 at 12:09)
You guys have definitely set the bar high. Great editing, but more important, great riding. Be careful out there and have fun.

firesoft (Oct 30, 2013 at 13:05)
I would seriously disagree with whistler being the best bike park.. Silver star is waaay better.