Join Pinkbike  Login
A couple weeks back, the owners of Transition Bikes were in our neck of the woods riding their shiny new Gran Mal's with some of their team members from Washington. They were also here to deliver a few bikes to be abused (er-tested) by the Pinkbike R&D crew. After seeing what they were doing on the new machine, we were keen to get out and ride the Gran Mal ourselves.Transition is a rider owned bike company based out of Ferndale Washington. Kevin Menard and Kyle Young have been hard at it since 2002 making bikes to suite riders that like to push the limits of freeride. The Gran Mal is their newest rig that is for just that-pushing it.

So far I have had a few good days under the Gran Mal and it has treated me well. The only adjustments from stock that I've had to make have been in the front and rear suspension. One quick call to Marzocchi Canada and they had me dialed in on all the features of the new 888RC2X and the rear Fox DHX 5.0 was a breeze to alter to my size and riding preferance. 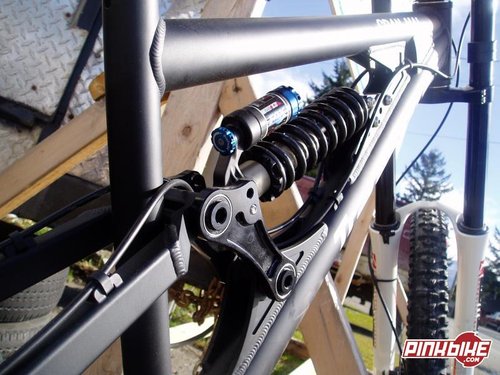 The Gran Mal is super adjustable as far as a frame goes, do to the fact that you can run any variety of rear shock on it. From a 2.25" stroke for pinner fast trails up to a big ol' 3.0" stroker for real life sized hits. The BB height and head tube angles are adjustable too via the shock mounting bracket along the down tube. The head tube on the Gran Mal is a 1.5", once again giving you more options for forks. So you can either go long travel single crown or like the ride I'm on, put an 8" dual crown up there. 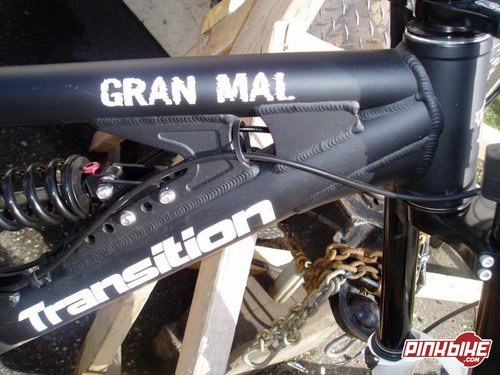 I really like the no frills look on the Gran Mal, the main triangle tubes are just that-TUBES. There is no square this or oval that, it is a big old down tube and top tube that meet at the oversized 1.5" head tube and are beefed up with gussets on either side. 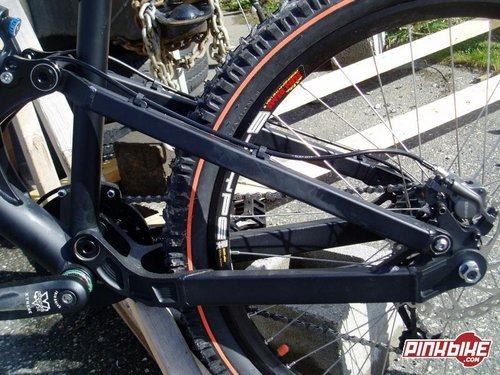 The rear triangle has a lot of nice machine work in between the square tubes that make it up. The rear of the Gran Mal is nice and stiff laterally, making it a nice tracking bike. Once set up, the Gran Mal was wanting to be opened up on the local trails. Next step-going to visit Marzocchi Canada for a WORKS treatment. Stay tuned for full details and a long term test in the weeks to come.