The shakedown day concept is a new one for enduro racing and was debuted on Tuesday ahead of the fifth round of this year's championship in Les Orres.

The idea is a simple and widespread one in motorsport - it’s a chance for the top riders and teams to get their tyres into the dirt and fine tune their set-ups ahead of practice proper and ultimately, race day. 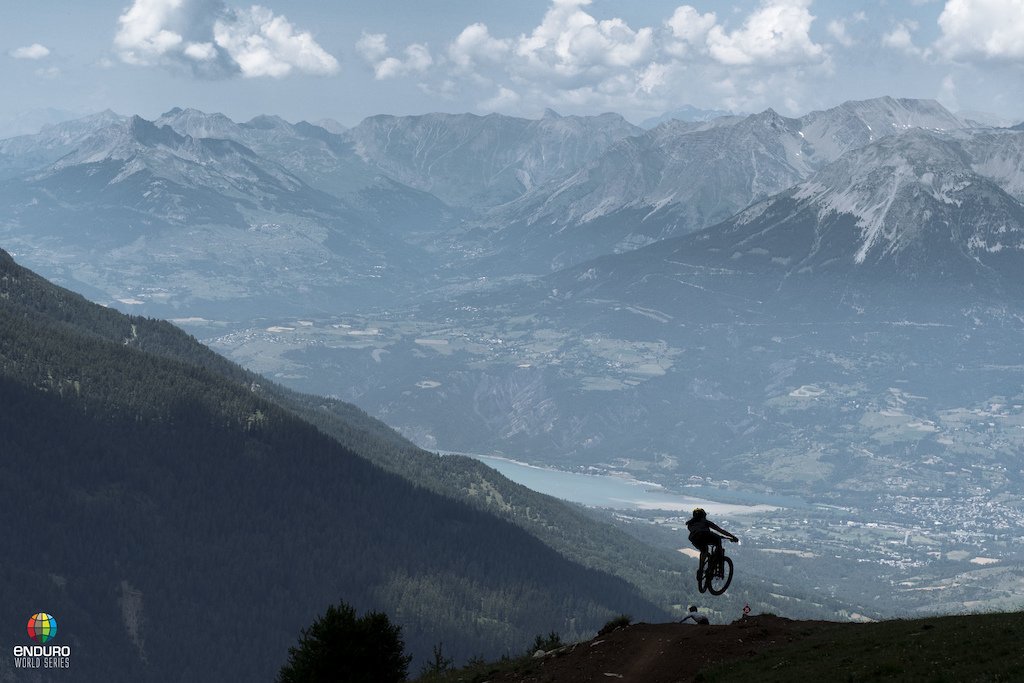 EWS riders don’t get advanced access to what will be a timed stage. Instead, the local organiser selects a trail that they feel represents conditions and terrain typical to the area to provide an idea of what awaits once racing gets underway. Shakedown is a non-timed session. Once practice starts, in theory all the mechanical adjustments and changes are already done and dusted and the world’s fastest enduro racers can get on with doing what they do best. 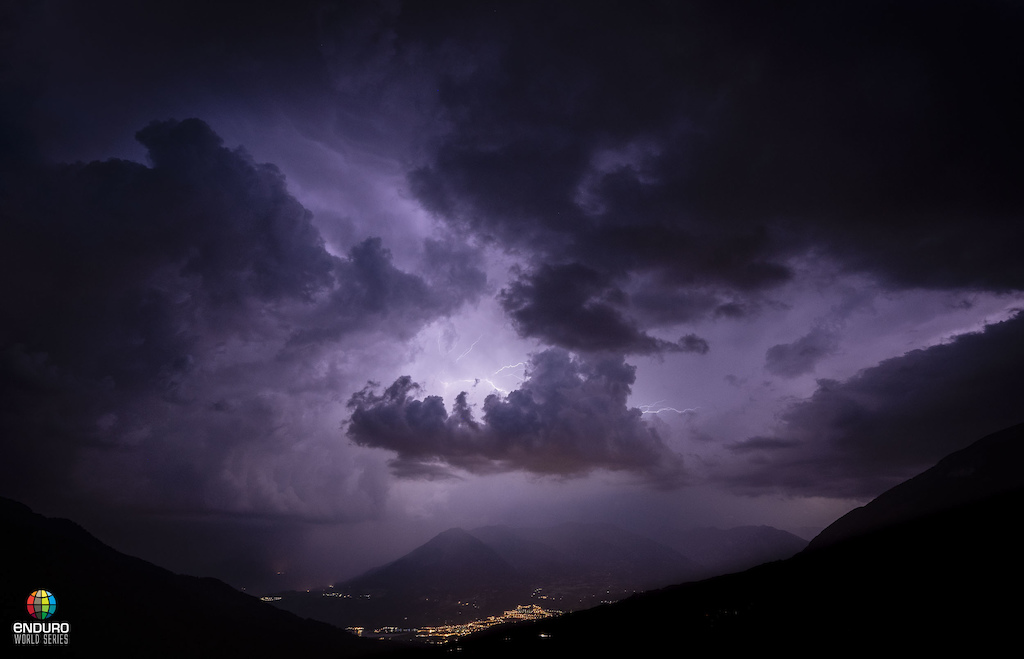 In Les Orres, a brand-new venue for this season, there was an added dimension; the weather. Huge thunder and lightning storms are currently roaming around Haute-Alpes and the night before the session was due to run the sky erupted. Lightning illuminated the venue every ten seconds or so and hale stones the size of ball bearings battered the hills, hotels and trails. The sun baked down for shakedown but huge drifts of hale still nestled around Les Orres.

The two-day race is set to be one of the toughest of the season so far and the weather may yet decide to make it tougher still.

medievalbiking (Jul 4, 2019 at 8:38)
I imagine it makes things easier for teams to have this set up. One less thing to think about, don't have to research to find a trail/terrain similar to the race track and have all the tech crews on site for bike help. And it allows more coverage which is good for sponsors and the sport overall.

JesseMelamed (Jul 4, 2019 at 16:29)
We are, but it's always a bit of a struggle to find a good trail to ride. This way the organizers can give a track to ride and we don't have to worry about it.

Rubberelli (Jul 5, 2019 at 6:01)
@JesseMelamed: If you're happy about it, then it is a great addition to the event and one more video we get each race! Heal up Jesse!