Join Pinkbike  Login
The next stop of the iXS European Downhill Cup is Špičák in the Czech Republic. This little village, near the German border, plays host for 400 riders from 26 nations for the second weekend of the series.

Wyn Masters (NZL - Team Bulls) gives us the lowdown on the iXS EDC course at Špičák. Enjoy his unique view of the 1.7km downhill track. There have been some minor improvements to the course since last year's EDC round though the track retains its mainly rock-based character, though Wyn's take is mostly 'slippery rock sections' by the sounds of things! 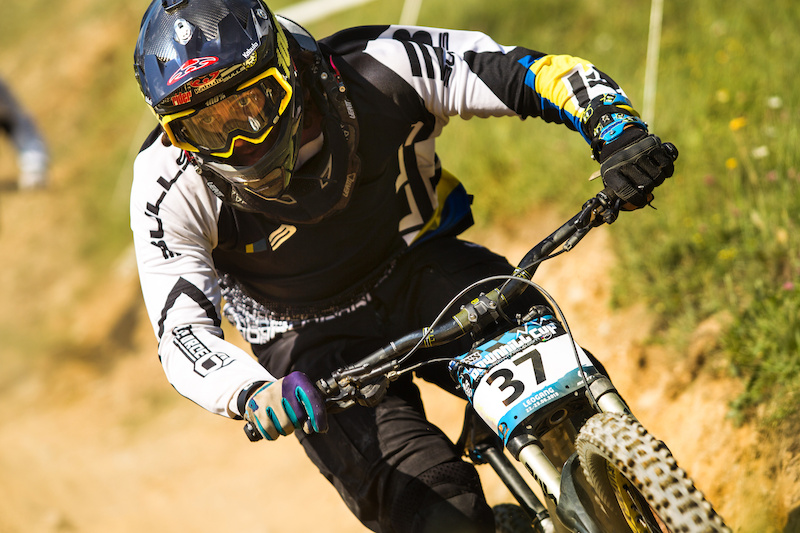 All of the races in the European Cup belong to the UCI C1 category which means that the top riders of the Elite Men and Elite Women category not only receive a total prize money of more than 4500 Euros, but also collect points for the world rankings. In addition, the races also attract a huge media presence and therefore a lot of top-riders who are eager to participate. Among this year’s favorites are Robin Wallner (SWE - Team W-racing) who won the overall standings in 2012, Johann Potgieter (RSA - RRP Ghost) who was last year’s winner in Špičák, Johannes Fischbach (GER - RRP Ghost), Lewis Buchanan (GBR - SC Intense) and Adam Vagner (CZE - RockMachine). The Elite Women category includes names like Miriam Ruchti (SUI - SC Intense) who won the rankings several times, Petra Bernard (AUT - RRP Ghost) or Zarja Cernilogar (SLO - GD Blackthorn).

abzillah (Jun 29, 2013 at 13:51)
The video was awesome. Only thing, they should keep the video in one point of view and not keep changing it from helmet cam to chest mount to wheel mount. I think Helmet cam was the best view.

robinskiner (Jun 29, 2013 at 14:40)
wasnt there a video when there partying here and theres boobis everywhere ?

And whenever you see a GP video.. just multiple crazy/steep/gnarly factor by like 10x and you'll be somewhere close. I've watched videos of places I would be riding at for the first time. Always looked superrr easy on video, like no big deal..go there, first run of the day, acting like it's all easy/casual... realize how wrong and misleading the GP videos were as I'm riding/holding on for my dear life.
Post a Comment