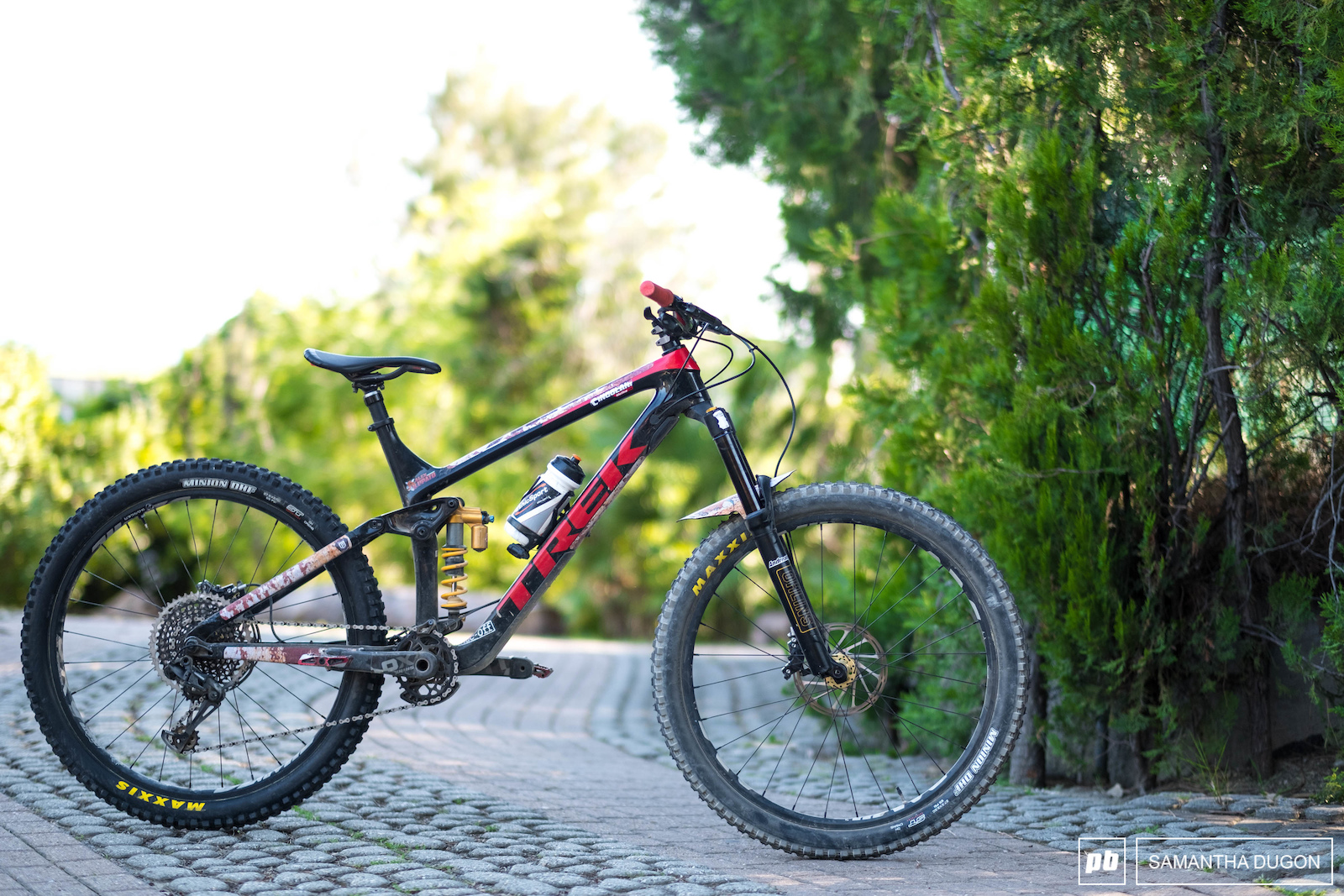 Probably most renowned for their dedication to their beards and having their own Lupato brothers branded socks – Alex and Denny Lopato are a mountain bike loving, travelling and racing duo from Northern Italy.

We caught up with the brothers in Sanremo, Italy, ahead of the first round of the Italian Superenduro race series and chatted about both their bikes and the race. Despite living just over 3 hours north of Sanremo in the Piedmont region of Italy (near the renowned Aosta valley), the brothers had never raced or properly ridden the tracks in Sanremo prior to the Superenduro. They're used to riding the soft dirt and loam on offer on their home turf rather than the sandy and rocky trails and sweltering heat of the Liguria region. We chatted to them both about how they’re getting on with the course and how they’re feeling about the upcoming race day. 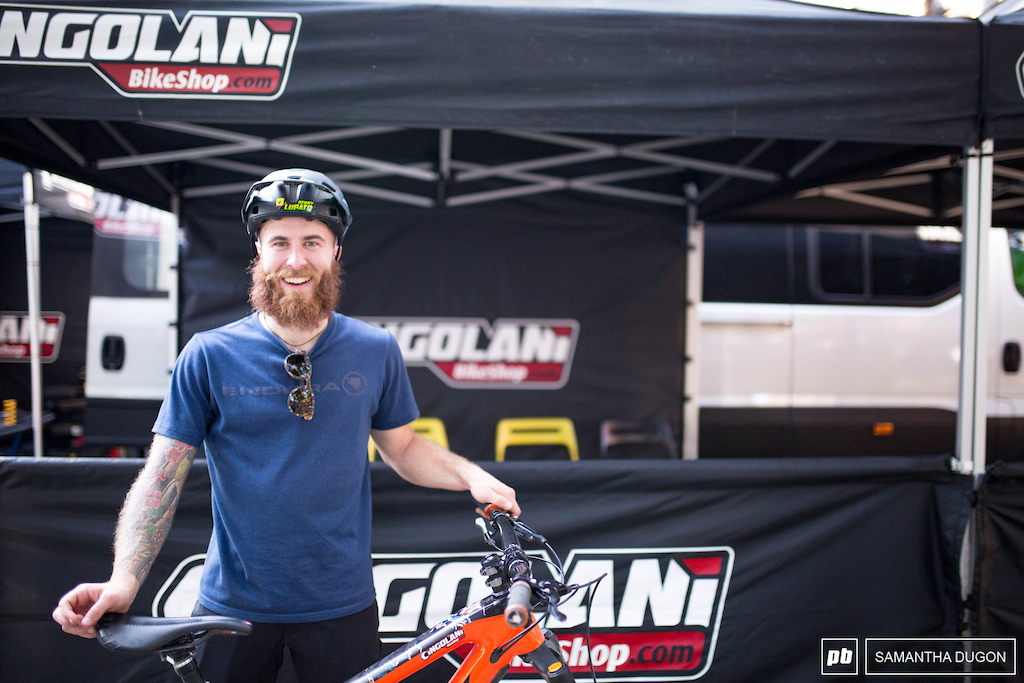 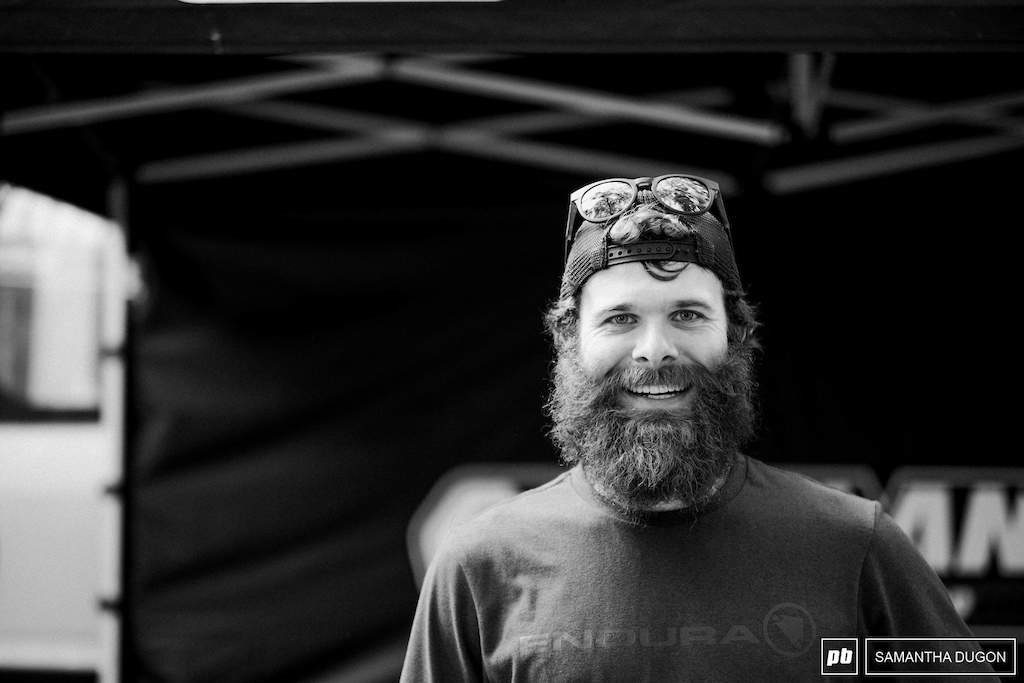 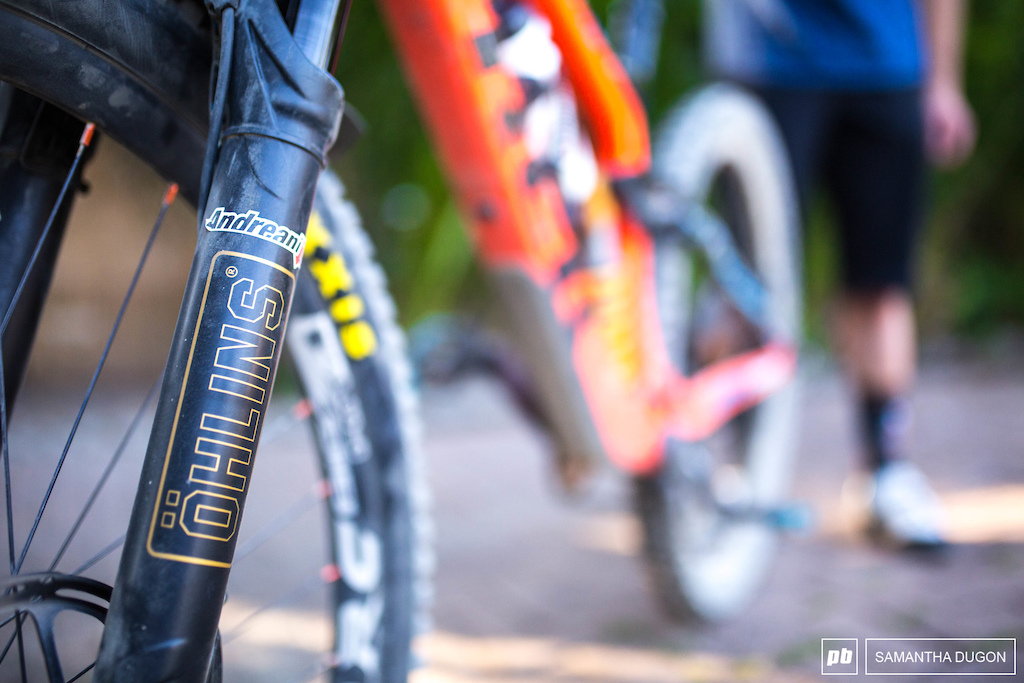 Denny Lupato's Ohlins coil fork.
Talking about their favourite tracks after practice it’s stage 1 and 3 that come out on top for the brothers. With stage 1 featuring a little bit of everything from pedalling, to technical to flowy sections it is a great all-round trail. Stage 3 is a little tighter, with a number of narrow switchbacks at the beginning, forcing you to have to work and pump with the bike to gain momentum.

Both the brothers are running coil sprung suspension front and back and the Lupato brothers are supported by Ohlins all round but with a little something extra; Andreani a suspension tuning company that means their Ohlins forks have a wider range of adjustability as well as transforming the damping of the forks. The main and large difference between the brothers despite running their bikes set up pretty much identically is that Denny rides a Trek Slash 29er frame, whereas Alex opted for the 27.5 Remedy. Breaking the mould for European riders, the brothers run their brakes moto style (front brake on the right, rear on the left). 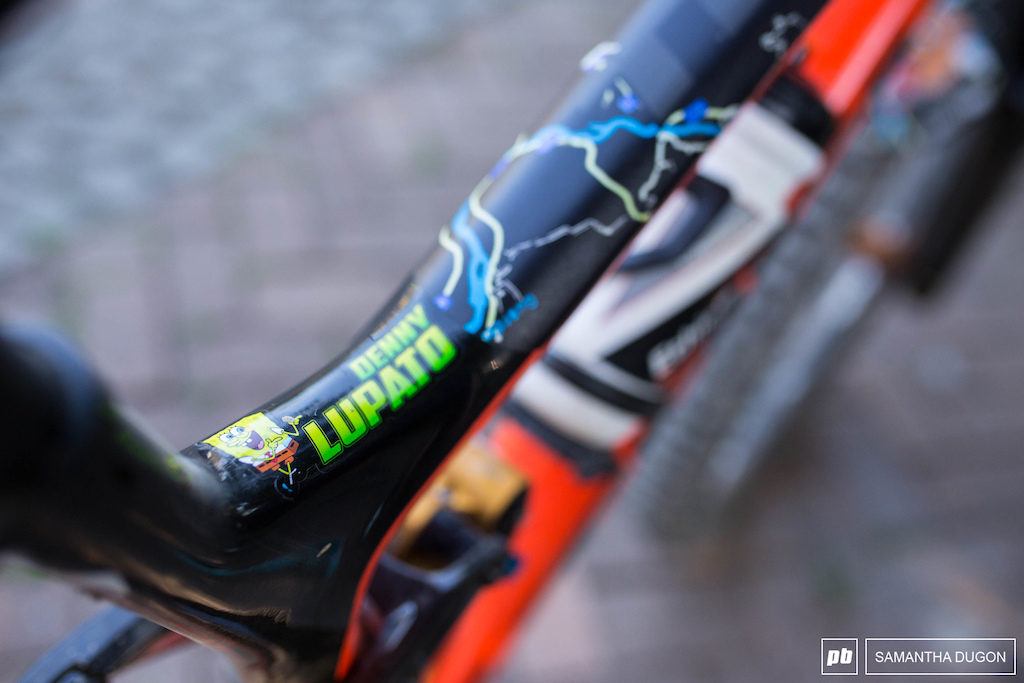 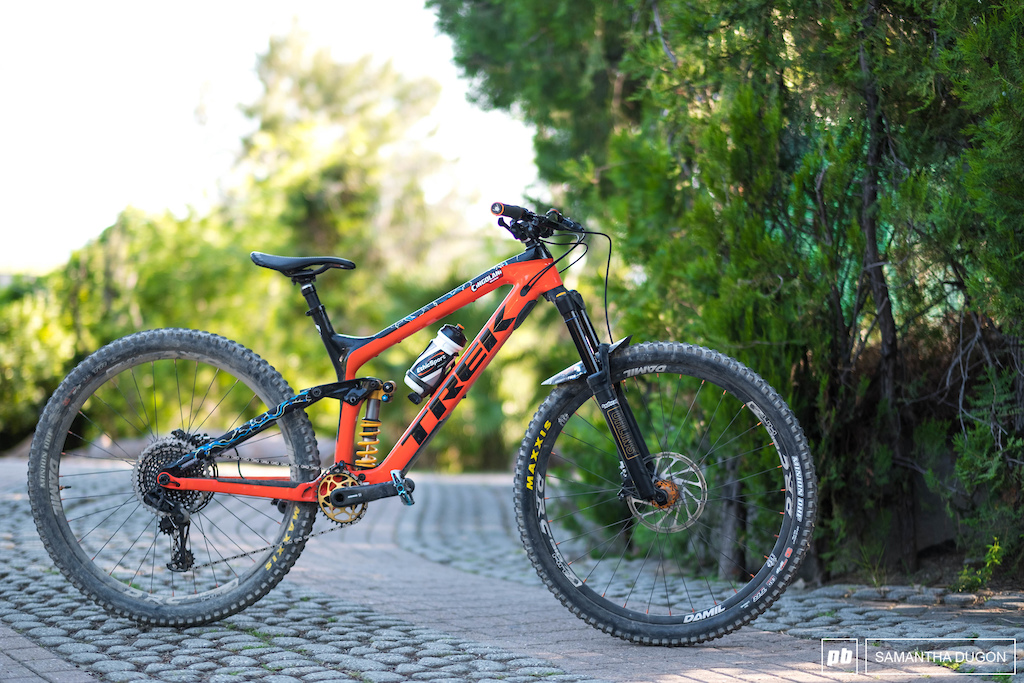 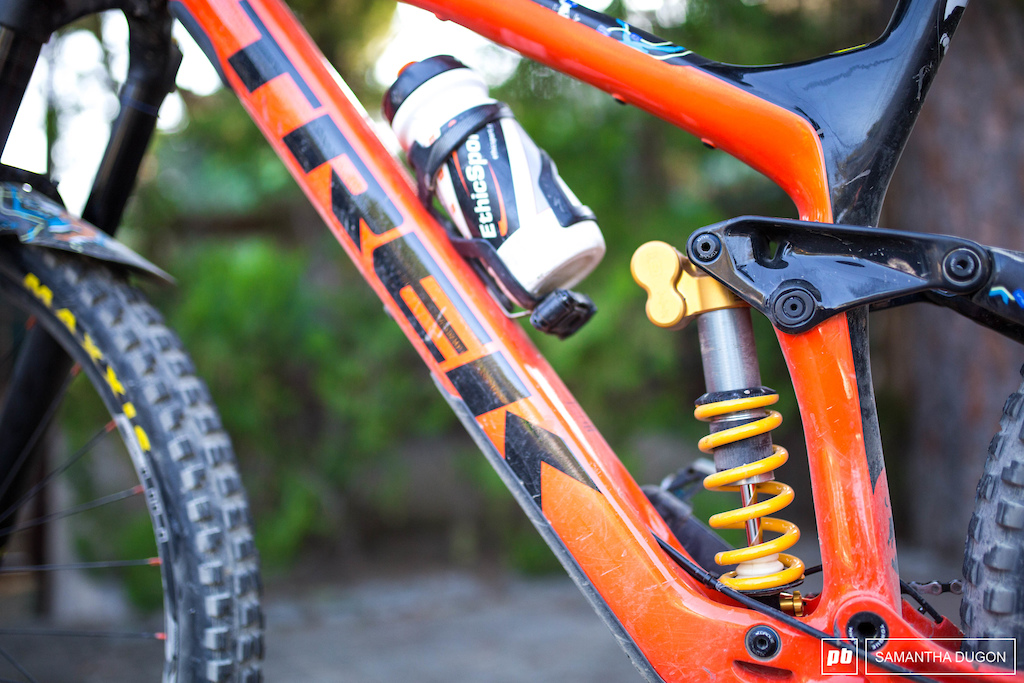 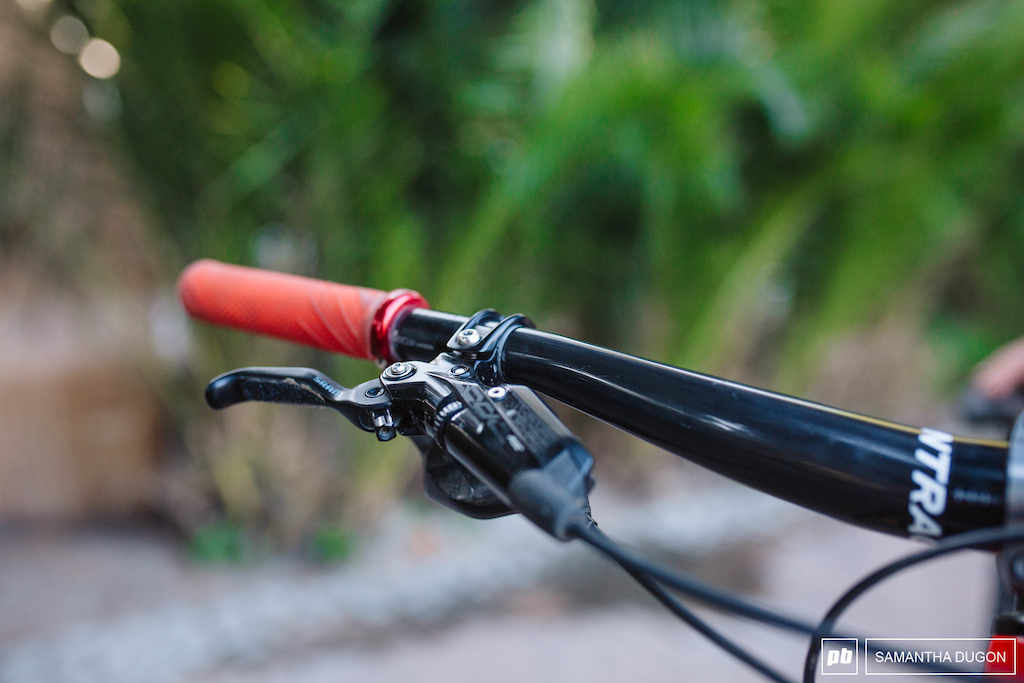 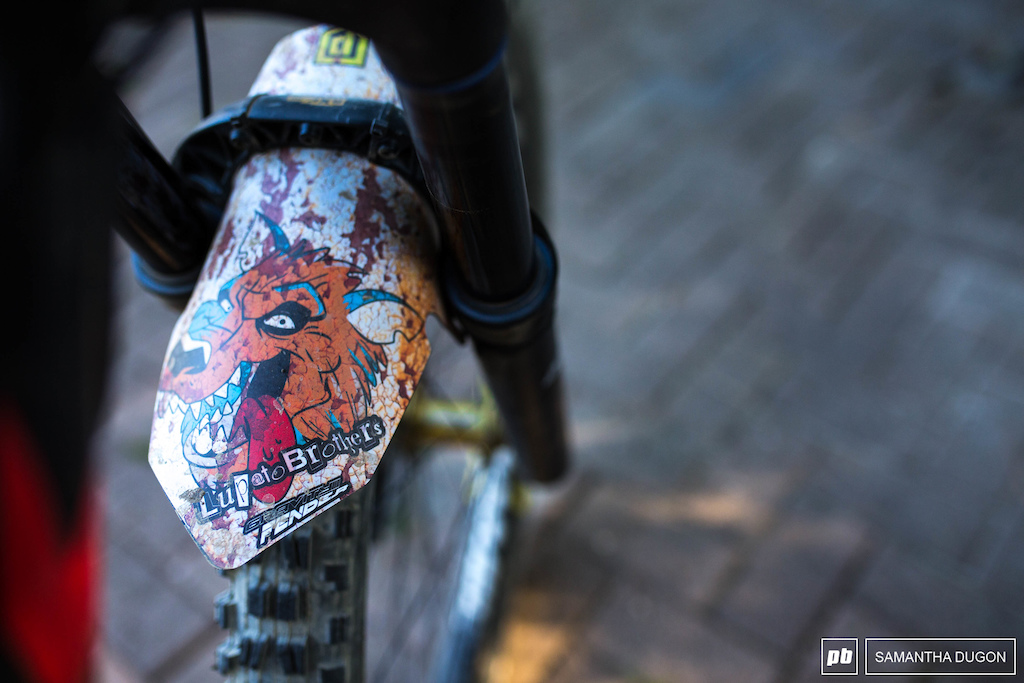 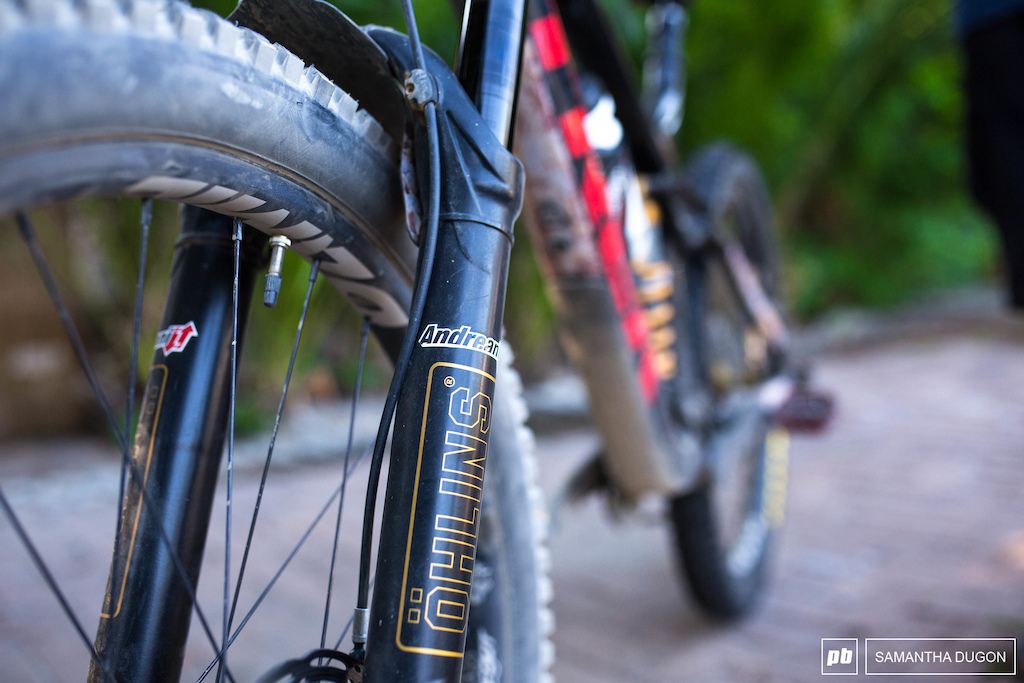 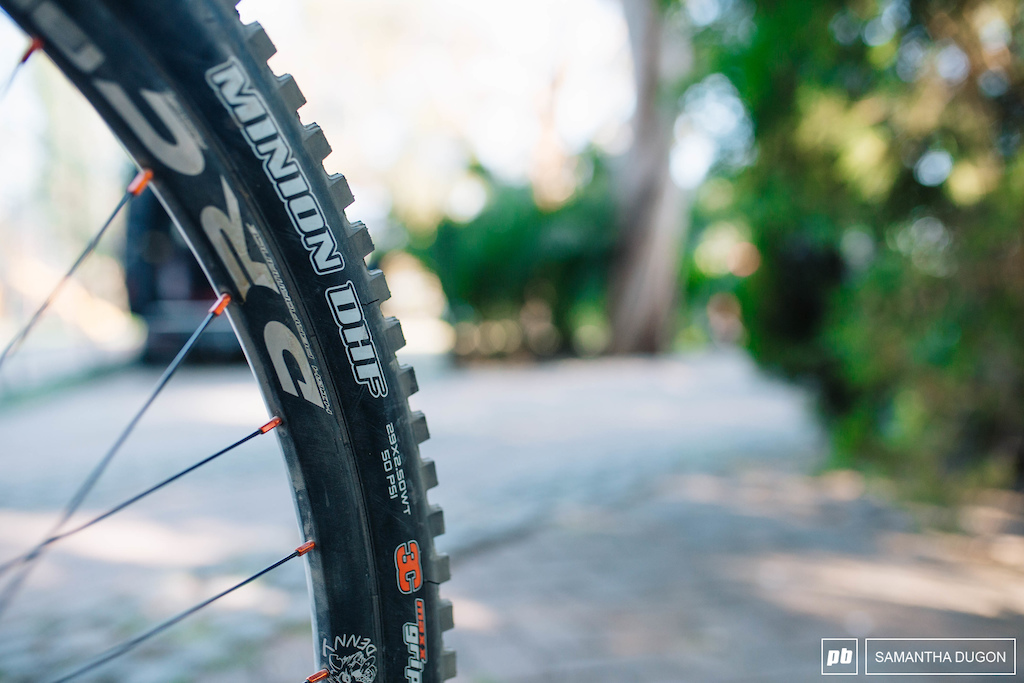 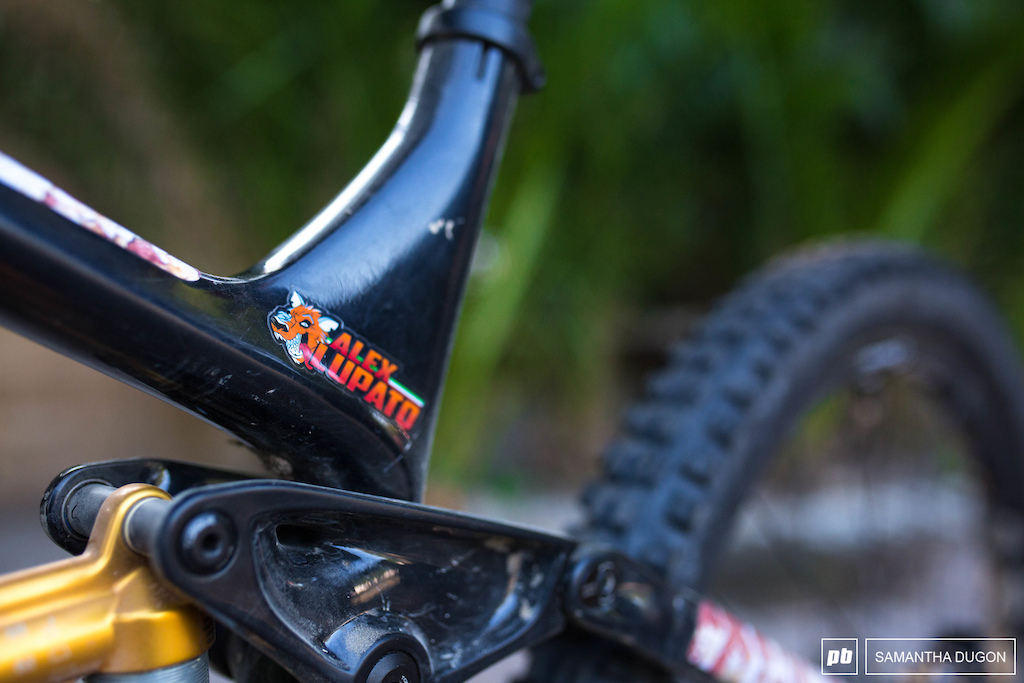 Stickers galore over each brothers' bike. 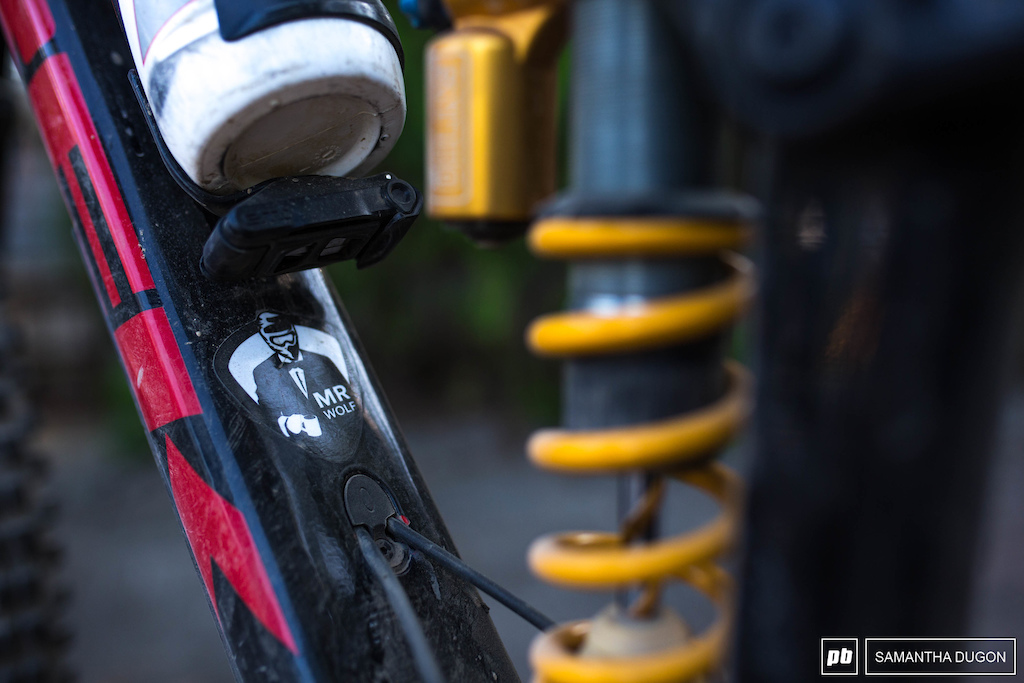 Mr.Wolf has Alex's back.
MENTIONS: @Superenduro

this is the forum of the "italian pinkbike" site (MTB MAG). The APK seems to give more support in the middle of the travel and increase smoothness. Good luck using google translator. (i can translate something for you if you need)

On the 2018 Fox 36 the HSR is preset by the selection of shims and the area of openings on the valve, the red dial controls LSR. The biggest effect I notice is how quick the fork responds to repeated hits, it can recover much more quickly but still doesn't kick back from a full travel big hit. The fork also seems slightly more supple on rough stuff due to the HSC area and shim stack.

Ring JTech Suspension if you want to find out more - they fitted and set up mine. You can see a photo of the original fox damper piston against the Andreani one (right in photo). It seems like an expensive little piece of metal... but then it does make a big difference particularly for rapid rebound recovery.

ReformedRoadie (Apr 23, 2018 at 13:10)
I thought Ohlins didn’t sponsor anyone and you had to buy it, regardless of who you are...is that just with the Moto stuff?

DDB1 (Apr 24, 2018 at 0:53)
The fact that it has aftermarket revalving makes me think these boys aren't sponsored by Ohlins. Happy to be proven wrong.

dennylupato (May 9, 2018 at 5:13)
We are sponsoring by Andreani group who give us the Ohlins materials

wellbastardfast (Apr 25, 2018 at 6:15)
@Chridel: i have a ttx on my slash as well its sweet. My forks are ohlins coils and they just had to be warranted. Issues with the bushings ohlins are sorting it though.

Chridel (Apr 25, 2018 at 11:44)
@wellbastardfast: thanks just got answer from push that their shock will not fit so maybe I'll give the swedes a try

weaknesseightyeight (Oct 11, 2018 at 11:18)
@wellbastardfast:
hi, do you still have the ttx on your slash? hows the progressivity and overall performance?
i am considering to gone one for my slash.

Rogueinvogue (Apr 24, 2018 at 12:35)
I'm wondering how much pre-load he has on there. It looks like there is more shock body length than piston shaft length. Be interesting to know spring weight as well.

dennylupato (May 9, 2018 at 5:15)
It because we have the new spring that are lighter with wide spring turns but we have the same travel

weaknesseightyeight (Oct 11, 2018 at 11:21)
@dennylupato: hi, can you give a small review about the performance and progressivity of the shock?

seblamenace (Apr 23, 2018 at 6:43)
Gosh PB please edit those releases before pushing them on the site!! Looks like this one was put in the Google translate machine before being pasted straight onto the page!

Chingus-Dude (Apr 23, 2018 at 21:27)
Only reason I clicked the article is because it looked like the bikes had no rear shock lol

RedRedRe (Apr 23, 2018 at 7:51)
I wonder how they run the AB chainrings for actual racing as they seems to be less stiff and more prone to failure compare to others. I have seen two people with broken ones, both snapped where the built in spider meets the round part.

salespunk (Apr 23, 2018 at 11:33)
I have run them for 2 years without issue. Lots of miles on mine in pretty harsh conditions and still going strong.