by TransSavoie
Views: 3,085    Faves: 10    Comments: 1
Earlier this week in Les Arcs, France, the second edition of Enduro2 saw over 300 racers take on the stunning and technical trails in the area. Raced over three days, the Enduro2 format puts teams of two racing together as pairs to add a new exciting and fun twist on enduro racing. Racers came from 16 different nations to compete, with friends or couples helping each other down the massive stages set in amazing high Alpine scenery and dense technical forest. 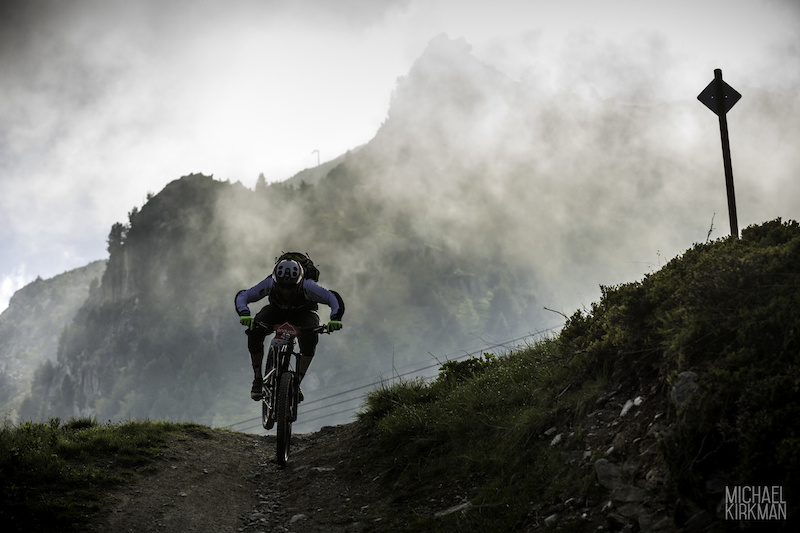 Over three days the race moves across the Les Arcs and Peisey-Vallandry area mixing up well-shaped bike park terrain (that's a match for anything in Europe) with technical steep walkers paths that are the jewel in the crown of this enduro riders' paradise. 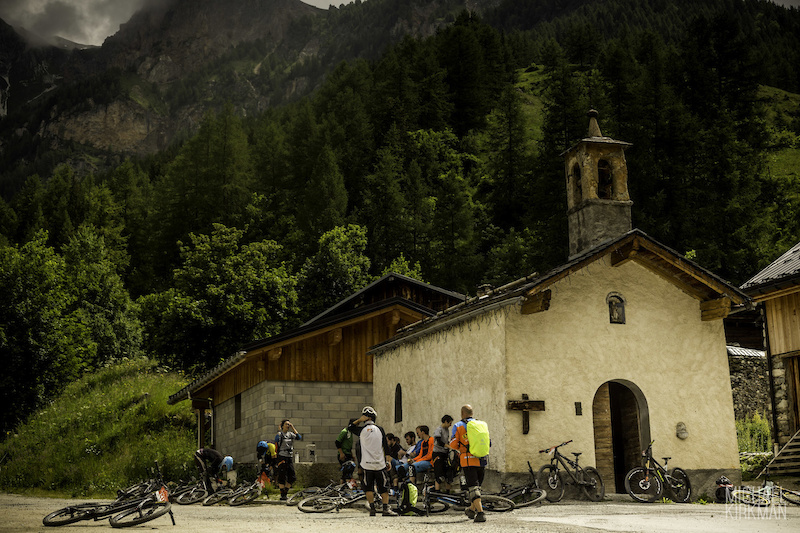 Day two took the racers out towards the stunning Vanoise national park and beautiful Alpine villages. 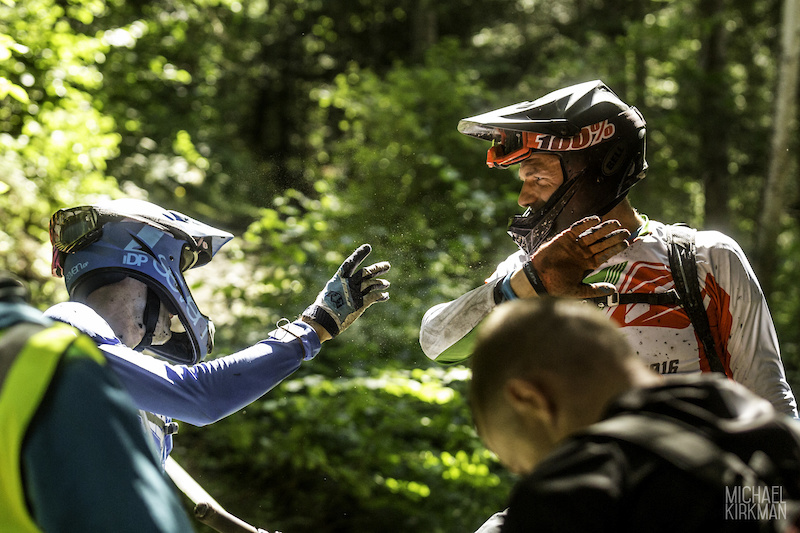 Racing with your mates makes for an amazing atmosphere at Enduro2 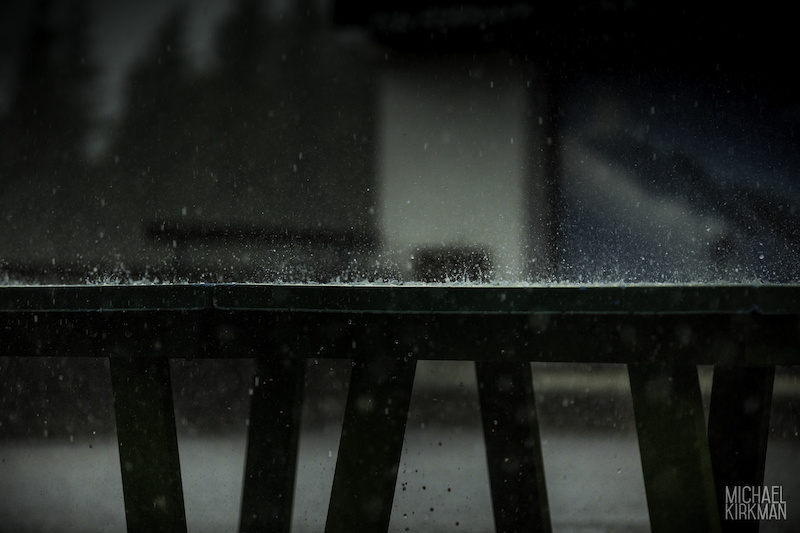 A sudden severe electrical storm on day one saw the race halted for an hour for safety reasons. 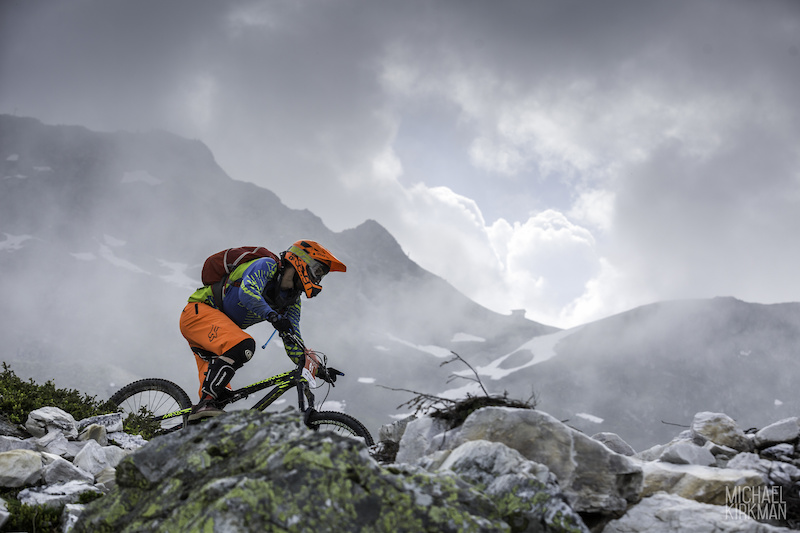 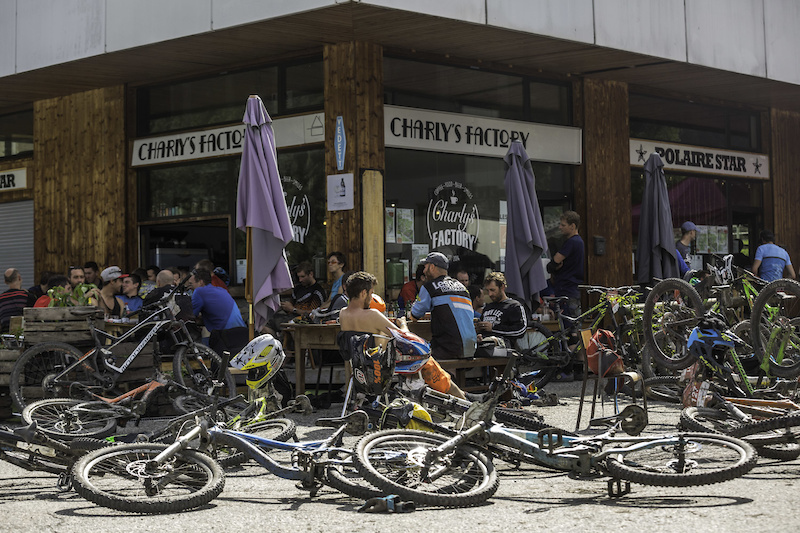 It was dangerously easy to hang at the finish each day at Charly's Factory and have one beer too many.. 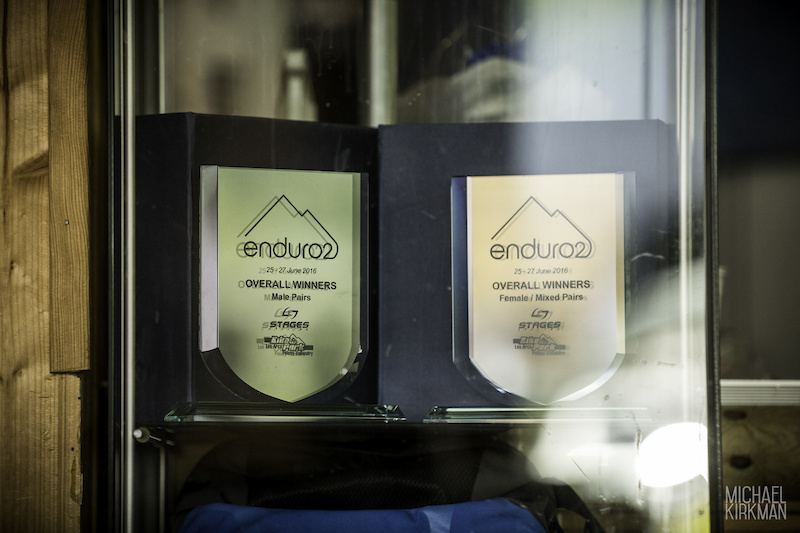 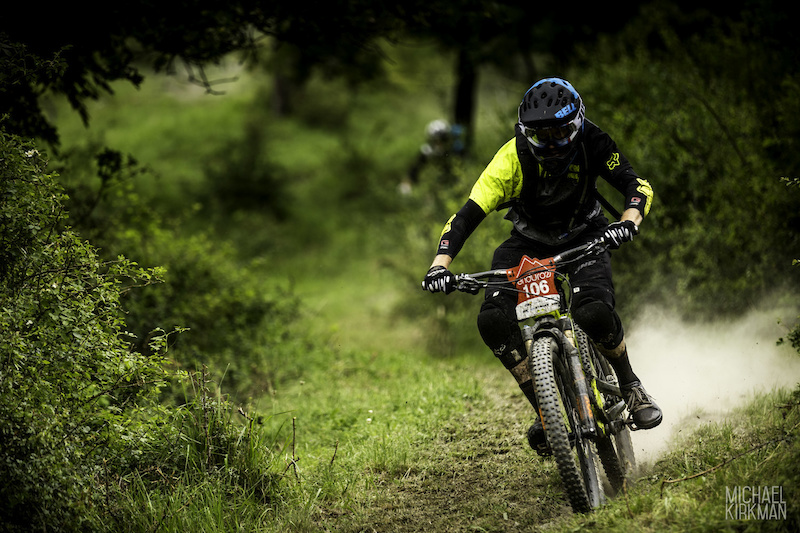 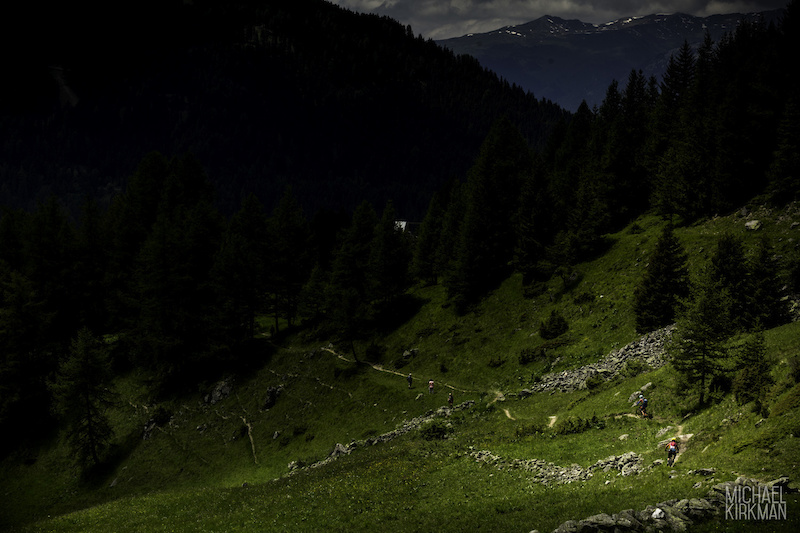 The valley above Peisey Vallandry is one of the prettiest in the Alps looking out on the Vanoise national park. 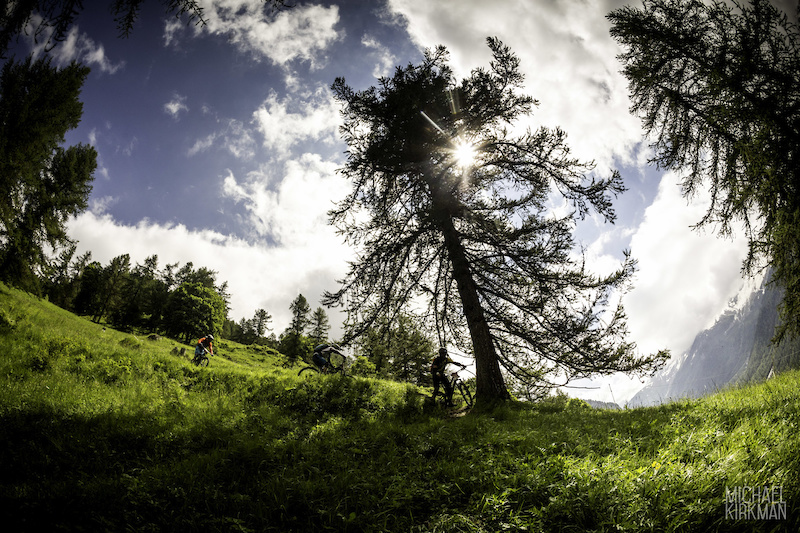 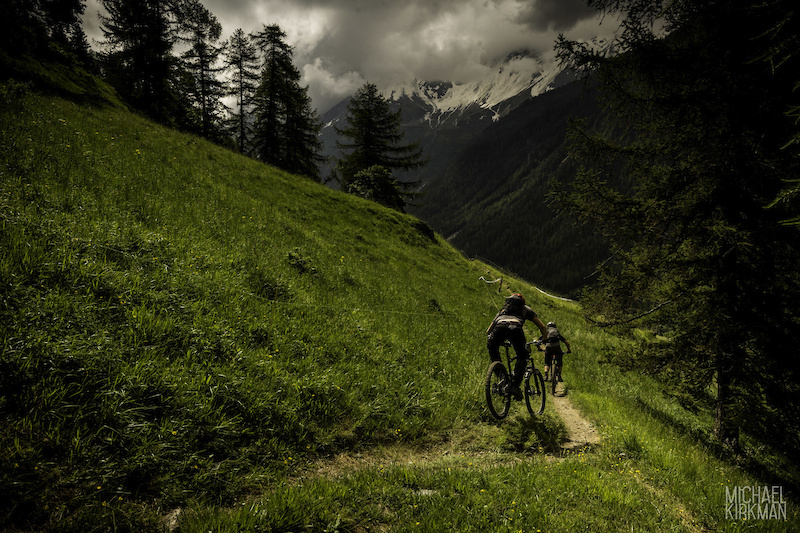 Training it with your mates is one of the best things about Enduro2.

Day one, Saturday, gave a great introduction to Les Arcs' wide variety of terrain, with five timed stages taking in bike park trails and a few of the technical natural walking trails that are some of the most fun to ride in the Alps. The Funicular railway dispatched 300 riders up to Les Arcs 1600, then up to the top of the hill via the Cachette Chairlift, gaining 1500m in altitude in under 15 minutes. By making the most of this superb lift system, the organisers were able to design a course with 12,000m+ descent in only two and a half days. 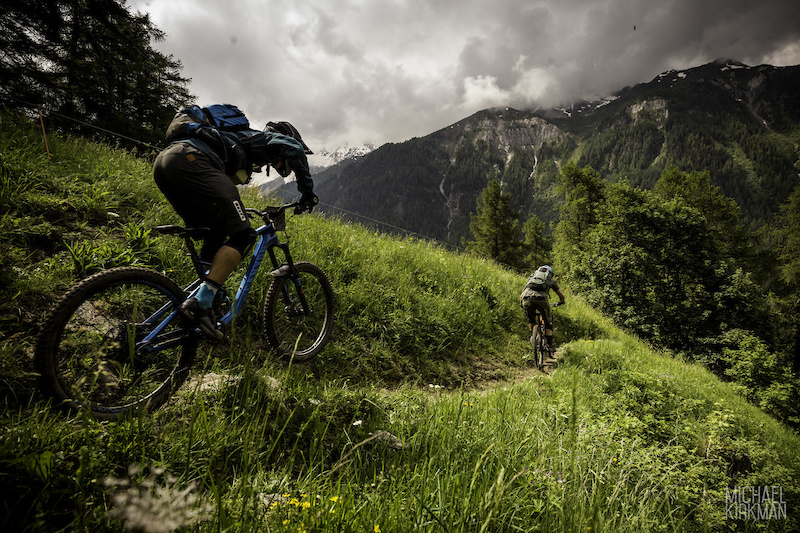 Dropping in above Moulin.

Riders enjoyed the ski station of Peisey-Vallandry on the second day, with six exciting stages and lunch and drinks in Vallandry. The Les Arcs area is blessed with superb, well-drained trails, and the greasy trails were replaced by fast, dry singletrack and grippy conditions. 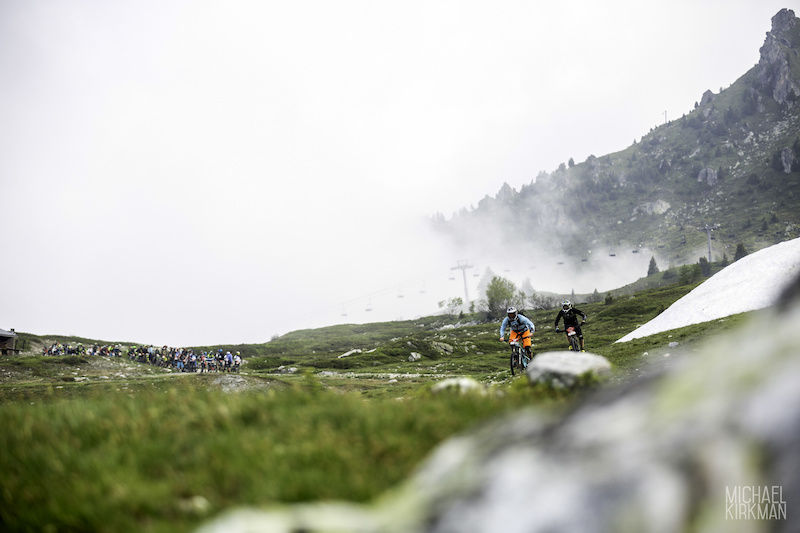 Teams race in pairs and look after each other down the massive Alpine stages. 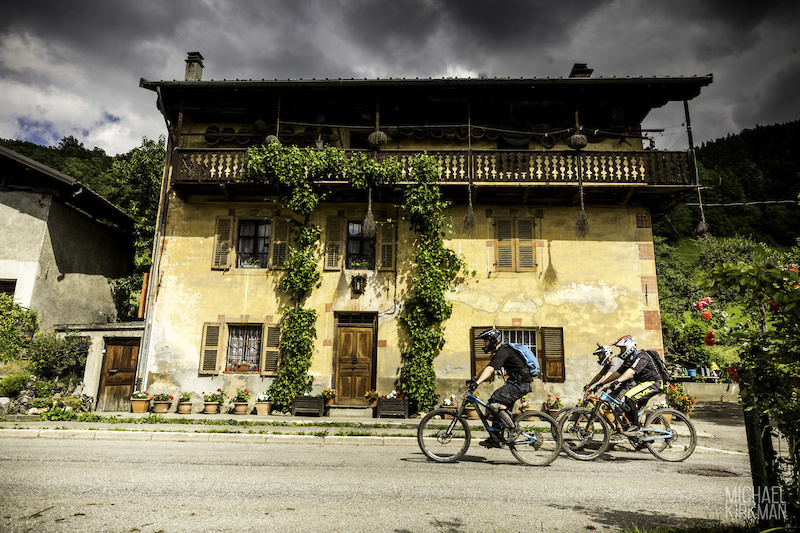 Liaisons are mostly by mechanical lifts but riders pass through some pretty French villages between stages..

The hot sun soon dried the trails for racing.

A final three stages of Enduro2 were dispatched on Monday morning back in the Les Arcs sector, and after the final stage, the fastest teams celebrated their win while most competitors hung around at Charley's Factory in Bourg St Maurice for a well-earned beer or two. 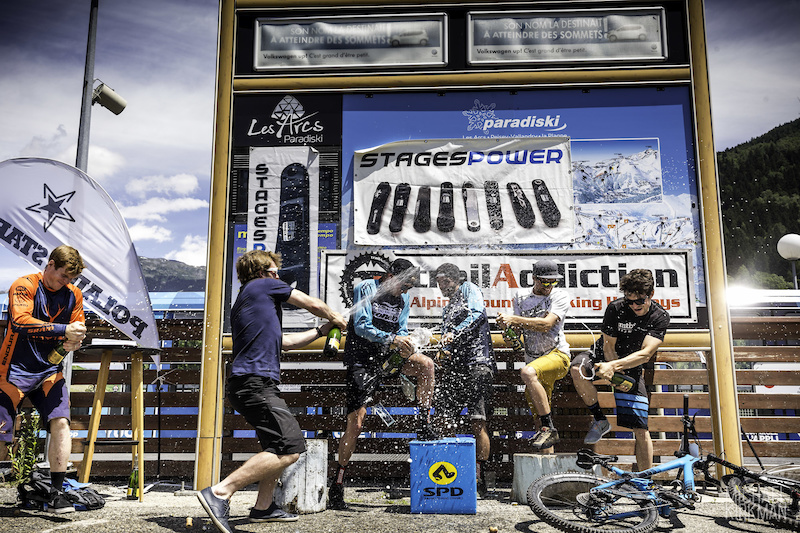 Full results can be found here.

See you all next year for the 3rd Edition of the Les Enduro2, 24 to 26 Juin 2017. Keep an eye on the Les Arcs website for information about how to enter - the event always sells out quickly, so please don’t wait! Entries for 2017 will be released on 1st December 2017.

Enduro2 couldn't happen without the help of our awesome sponsors: 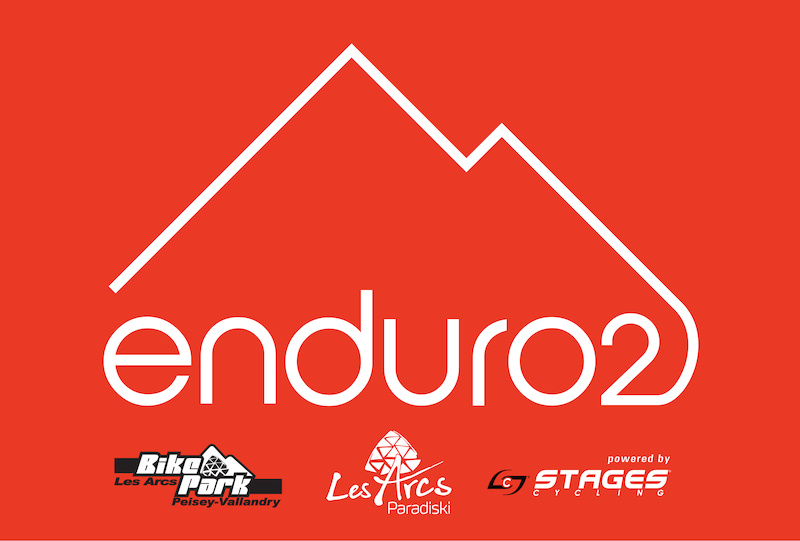 timbud (Jul 1, 2016 at 13:55)
I thought it was a nice touch being that the race was in France... but I guess its unfair to expect a pB video comment without someone whining about the music.

javijavi (Jul 3, 2016 at 0:24)
french hip hop / rap is horrendous. daft punk is alright, they barely sing, but when they actually do, someone else does the singing haha.

Shiiken (Jul 3, 2016 at 7:59)
Once again it was a blast! Quite downhill oriented, which i like. Going up from last years 100 teams to this years 150 worked out okay. I only hope next years 200 won't be too much. I would also enjoy some new Stages. The more natural and alpine the better =)
I'll be back for sure!