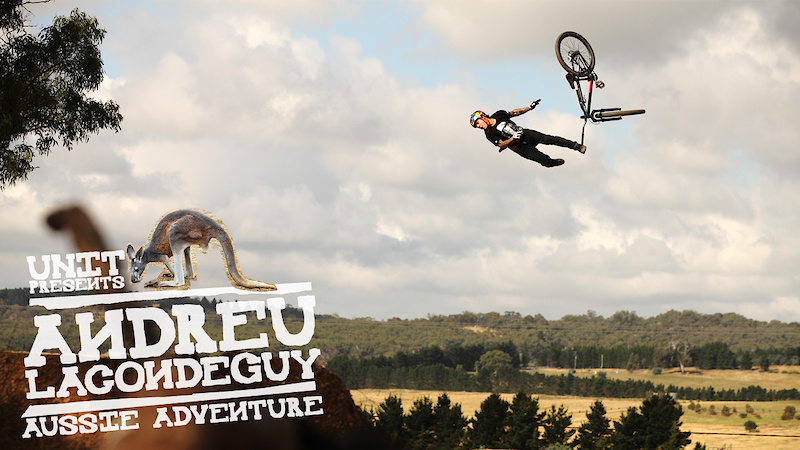 Lacondeguy, 22, and his brother Lluis, swapped the cold European winter for the balmy Australian summer during a four-week holiday Down Under, and took time out to hit the 2008 Dew Tour champion’s infamous dirt jump line that is widely regarded to be one of the world’s biggest trails. 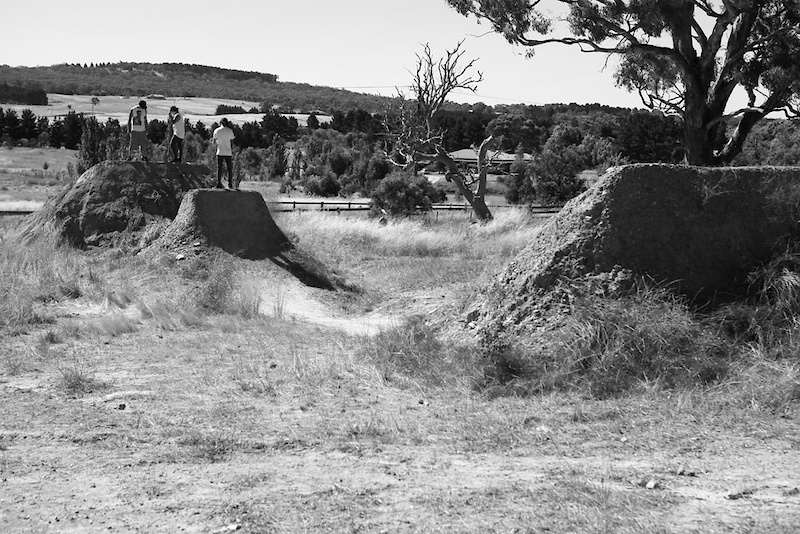 PHOTO: Andreu, Lluis and Darren scope out the line. All photos by Raine Turnbull

“The line is just amazing!” Andreu says. “It’s probably the best spot ever, man. You are hitting those 10ft ramps so fast, and they send you very high. It’s just the best fun ever.” 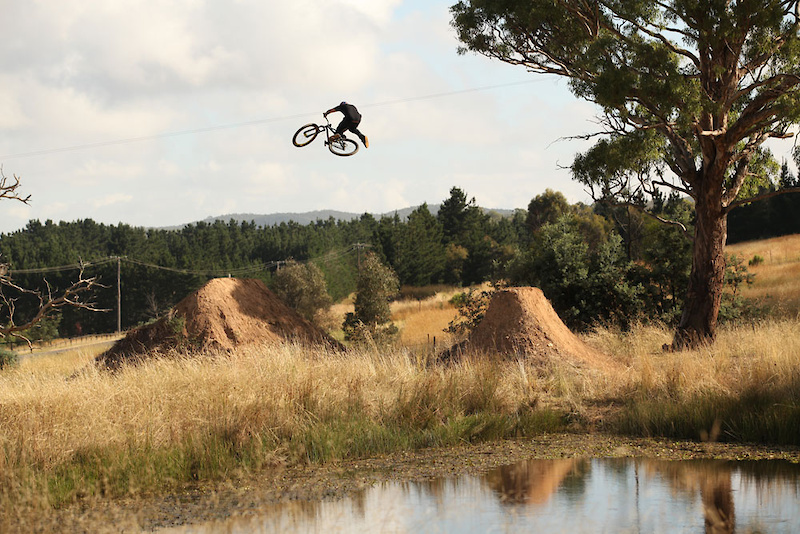 PHOTO: After only 2 runs at the jumps, Andreu had the whole run dialled.

Lacondeguy wasn’t content to just flow through the line, and threw all his biggest tricks over the massive booters, including his trademark Superflip Indies, 360 Nacs and boned-out Seatgrabs.

“Watching Andreu on those jumps was one of the most amazing experiences ever,” says Unit filmer Allan Hardy. “He has such a flamboyant personality, oozes confidence, has incredible style on a bike, and when he crashes he springs back up like a cat. He really is a freak!” 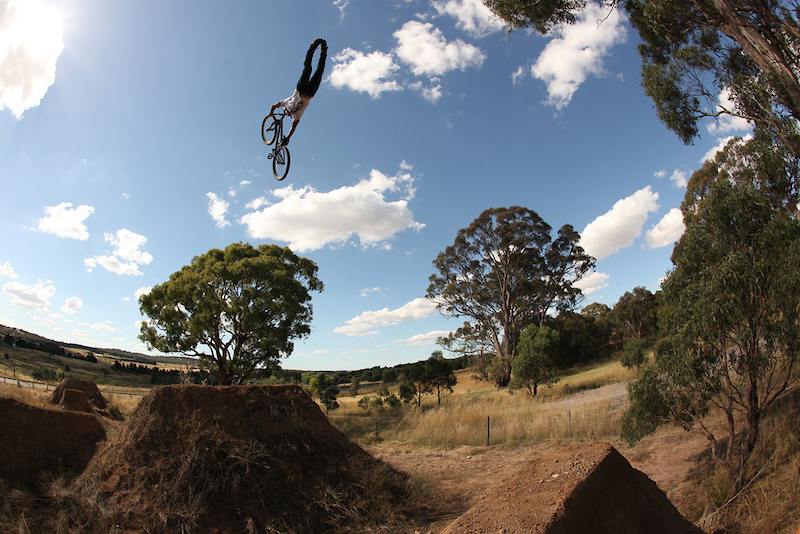 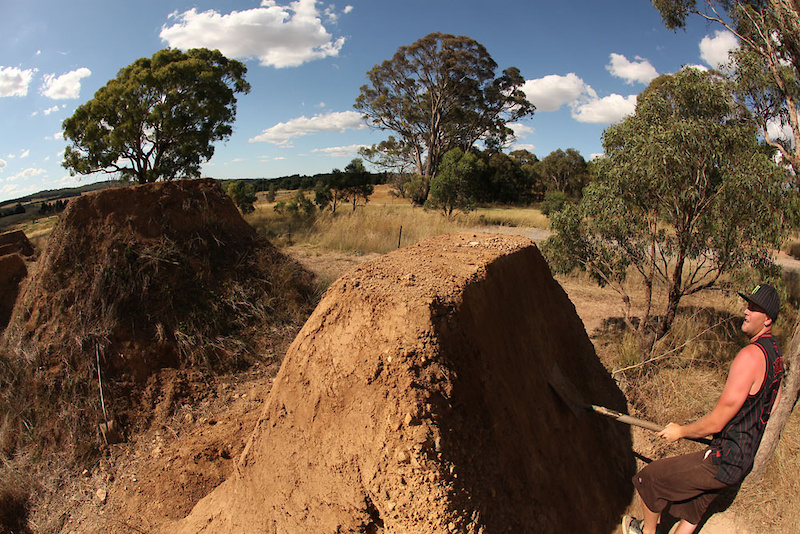 PHOTO: Cam White helped out so much, and got the whole set up and running just for Andreu. 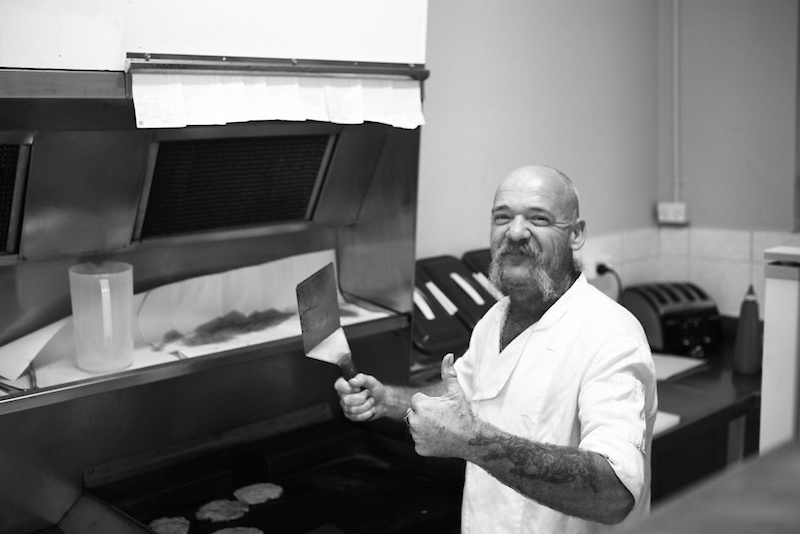 PHOTO: One of the locals, he was stoked when the entourage of riders and filmers walked in and gave his little take-away more business than it could handle. 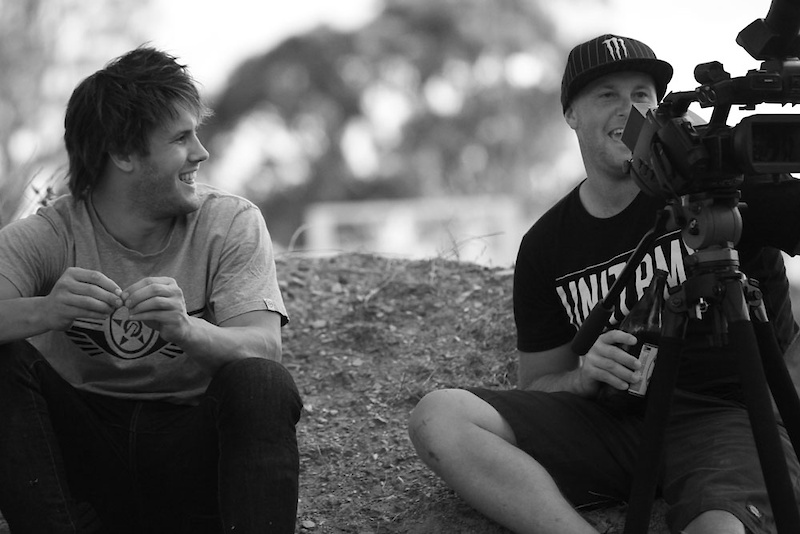 PHOTO: Cam White is only just coming back from injury now, so he was on the sidelines while Andreu rode. He came in handy on the camera though. 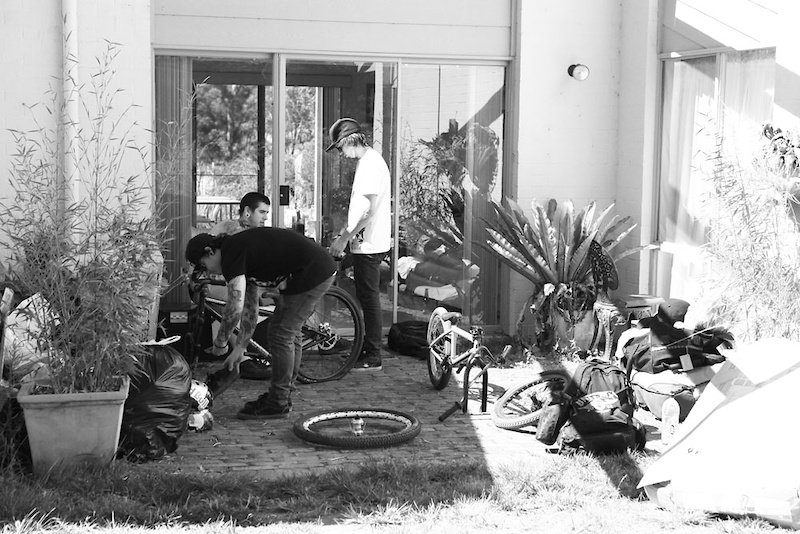 PHOTO: Somehow we managed to fit 4 guys, 3 bikes and a load of camera gear into our little rental car. 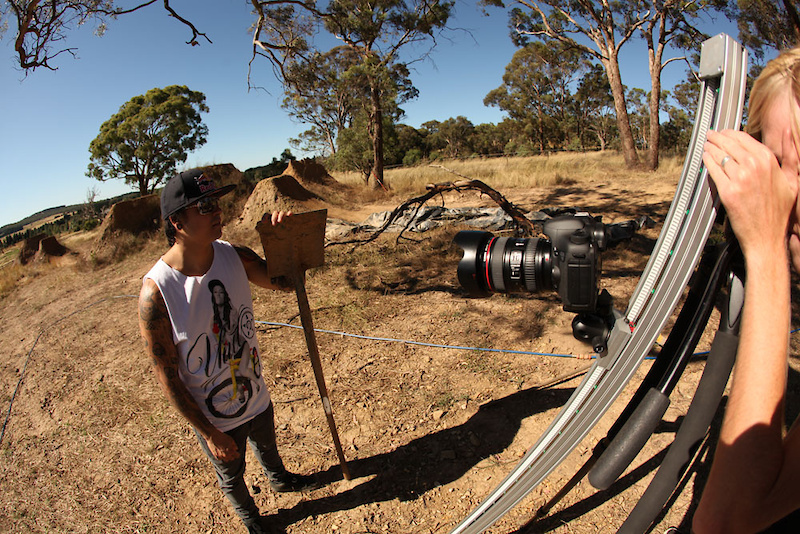 PHOTO: Filming with the Canon 7D. We used this for most of the set-up and scenic shots, we had a Sony EX3 to help with the riding stuff and audio.

ooosportooo (Mar 26, 2011 at 14:02)
ya huge hitters and total freedom....coinciding with the crocs' complete lack there of cause and affect baby...don't fuck with the universe or she'll fuck with you

hondarider241 (Mar 25, 2011 at 5:46) (Below Threshold)
i hate Andreu, but this video is sick. they need to get more MTBers at the place! but wasnt there a MTB in the last jam they had there? if memory serves, there was a lone MTB in there.

MountainGoat65 (Mar 25, 2011 at 15:57)
ya but its like almost 3 months since the flood. and it hasnt been raining that hard at goldcoast lately so the jumps should be finished and good to ride.

unitclothing (Mar 25, 2011 at 16:54)
Hey guys, we are working on the jumps at the moment. Dane was injured for a little while, and only returned from injury in time for Cams Jam and then Farm Jam. But now that he is back, and the weather is a bit better, we are getting it done. It is a massive task though, and we are not only trying to rebuild the jumps, but get them running smoother and safer for Dane. Stay tuned...

bigface (Mar 30, 2011 at 10:51)
does anybody know how to find one of the open face dj helmets that lluis is wearing in the video? ive been searching for ever

gingerninja (Mar 25, 2011 at 2:31)
love the riding and the first tune was cool. its not often you get to hear some quality aussie skip hop.