Transition Bikes
Just a reminder that the Transition Bikes "Name The Frame" Contest closes tomorrow night, January 31st at midnight pacific time. If you haven't yet entered, submit your name and good luck, the winner who enters the chosen name first gets a copy of Transition's upcoming hardtail and all the bragging rights of having named the frame!
Read More | 1 Comments
Press Releases
Luc 'Acadian' Albert    :: from Luc 'Acadian' AlbertJan 29, 2004

Gracia Gong Show
Xtreme Sports Talent has joined forces with Freeride Entertainment to create a documentry style movie, based on Cedric Gracia. This film, appropriately named the Gracia Gong Show, will depict the unique lifestyle and personality of this professional mountain biker. We have combined seven years of stock footage from the Freeride team, along with personal footage from both Cedric and friends, to make this project a reality. Editing is under way and we are pushing for a premier at the Sea Otter Classic. Going hand in hand with the theme of the movie, Xtreme Sports Talent along with the sponsors of the film, will be hosting a party at this season opening event.
Read More | 2 Comments
Press Releases
Karl Burkat    :: from Michelle LerouxJan 28, 2004 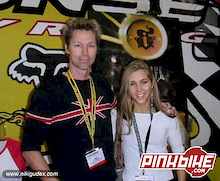 Niki signs with Team Intense for 2004
Was just reading on Niki Gudex's site that she recently signed with Intense Cycles. Congratulations and best of luck for this upcoming season!

RedBull Rampage 3 - DVD
The Red Bull Rampage is back and is unlike anything you’ve seen before!

You will be on the edge of your seat as the best freeriders and DH racers on the planet attack the demanding terrain, technical lines, and big air that have become synominous with riding in Virgin, Utah. 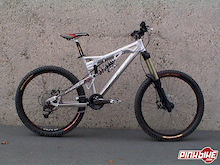 Greasy Comb Distribution to Import and Distribute Revell Bikes
La Habra, CA - Greasy Comb a La Habra, California based company picked up Revell Bikes just prior to the Interbike show and will be the exclusive importer and distributor for North America.
Read More
Press Releases
Karl Burkat    :: from Maureen HendersonJan 21, 2004

Bike Expo Back!
THE 2004 BIKE EXPO RETURNS TO BC PLACE FEBRUARY 13-15, 2004!
Are you ready to kick-start your Spring and ride into some action? Don't miss the 2004 Advil Outdoor Adventure Show where the ever-popular Bike Expo will be bigger and better than ever! More bike exhibitors, more manufacturers, and more heart-pounding action from the Indoor North Shore Challenge & Big Air Jam Session!
Read More
Press Releases
Luc 'Acadian' Albert    :: from Luc 'Acadian' AlbertJan 20, 2004 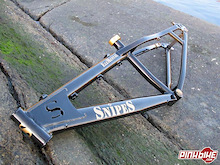 Reviewed - Snipes Elemental
Snipes Bicycles was founded in 2000 in Victoria, British Columbia. The company has striven to engineer high-end hard-tail frames. Riders familiar with Snipes will recognize previously released frames such as the ‘30-06’ and ‘7mm’. Snipes is touting the newest incarnation as “the next step up on the evolutionary ladder to perfection.” Enter the 2004 Snipes ‘Elemental’.
Read More | 1 Comments
Reviews and Tech Reviews
Russ Day    :: from Gabe FoxJan 19, 2004

North Shore Indoor MTB challenge
This year's North Shore Indoor MTB Challange will prove to be the most exciting, flow-filled, race to date incorperating all aspects of North Shore riding including skinnies, teeter-totters, drops, and jumps. The format will be the same as previous years with the race taking place entirely within the viewing area. One of the major changes this year will be the re-introduction of the "Industry" relay. The Industry relay will take the place of the "Pro" category. Teams will consist of three individuals and will be designed to maximum fun and excitement for riders and viewers alike.
Read More
Press Releases
Russ Day    :: from Russ DayJan 19, 2004 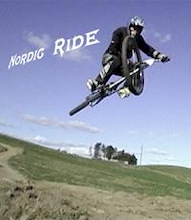 MTB Freerider.com Releases Nordic Ride Teaser
Nordic Ride is Scandinavia’s first freerider film. The movie is due for release in Spring 2004 and features riders from Sweden, Finland, Norway and Denmark in a number of locations across the Nordics, including Mountain Mayhem, the location for northern Europe’s largest freeride festival, and the very same place New World Disorder came to shoot footage for Ride the Lightning.
Read More
Radek Burkat    :: from Radek BurkatJan 18, 2004 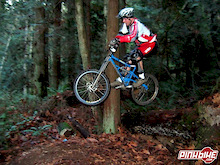 My Bikes Stolen in Chilliwack
After a great day of riding on Fromme, Saturday night we headed to Chilliwack to get an early start on Vedder Sunday morning. Too bad when we woke up our bikes and gear were stolen from the truck parked in a driveway of a buddy's house.
Keep a look out for the following bikes.
Santa Cruz Bullits, one blue with a Boxxer World Cup (with a dent on the underneath of the downtube), and one Green with a black rear triangle on bombers.
Here are photos of the bikes:
Photo of stolen green BullitPhoto of stolen blue Bullit
Read More
Press Releases
Luc 'Acadian' Albert    :: from Luc 'Acadian' AlbertJan 15, 2004 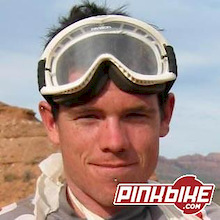 Update on John Waddell's Recovery
Thanks to Ryan over at Farkin.net for pointing me to this great article in The West Australian newspaper about Waddell's recovery. Although it's going to be a long road to recovery for John, it's comforting to hear that he is making good progress.

Hang in there John! You hold a place in our hearts, and everyone here at Pinkbike.com is wishing you the best of luck!!
Read More
Press Releases
Radek Burkat    :: from Pinkbike.comJan 15, 2004 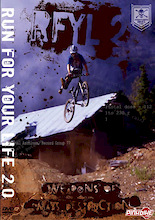 Run for Your Life 2 - DVD - NEW
Head First Productions out with the second installment of the 'Run for your Life' series that will simply blow your mind. Just when you think you've seen it all, you get to see the worlds top dawgs throwing down stunts with style and see the lifestyles of the boys. The star-studded cast includes the likes of Darren Bearclaw, Tyler Klassen, Wade Simmons, Thomas Vanderham, Jordie Lunn, Aaron Chase...the list goes.
Click here to catch a little tease of the DVD.
Right click and Save Target as
Read More | 1 Comments
Russ Day    :: from Russ DayJan 14, 2004

Transition Bikes Name The Frame Giveaway Contest!
Rider owned bike company, Transition Bikes, in the true spirit of democracy, is letting riders like you decide the name of their new hardtail mountain bike frame. The contest winner who comes up with the winning name first will win a new frame and swag but will also have the lifetime prestige of having the name they chose immortalized on the top tube. Runners up will also receive Transition Bikes swag and have their “close but not quite” names posted on Pinkbike.com for all to see. The contest is being run exclusively here at Pinkbike.com and will last approximately two weeks. 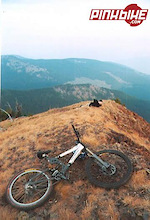 Reviewed - Rocky Mountain Switch LTD
There are so many types of bike on the market that it makes me frustrated. What is "THE" bike to be riding ? The factors that influence this are pretty broad, but some important ones are your riding location, body type and style, money situation, and personal preferences. There's just so many freakin' bikes out there - In the last year I've put time on so many bikes and every one is so good... it is a dilemma.
Read More
Press Releases
Karl Burkat    :: from NorcoJan 14, 2004 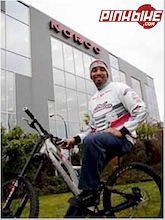 SRAM Corporation Signs Letter of Intent to Acquire Avid LLC
Chicago, IL – SRAM Corporation is pleased to announce the signing of a Letter of Intent to purchase Avid LLC. Avid is widely recognized as the technology and performance leader in braking systems, and this acquisition furthers SRAM’s goal of providing a full component group to the bike industry.
Read More
Press Releases
Luc 'Acadian' Albert    :: from Luc 'Acadian' AlbertJan 12, 2004 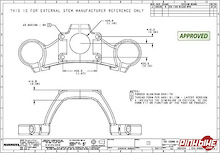 NORBA Series Update
In a brief "state-of-NORBA" conversation with series co-director Jeff Frost this week, he conceded that the "tough sponsorship climate has not changed," making the prospect of prize money at all eight races very unlikely. 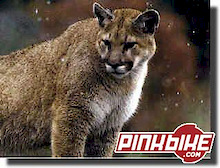 Mountain Lion Attacks Mountain Biker In Southern California
Yesterday a two-year-old Mountain Lion was shot and killed after two mountain bikers were attacked in the Orange County hills. There is still no evidence that this was indeed the wild cat responsible for the attacks.
Read More
Press Releases
Luc 'Acadian' Albert    :: from Luc 'Acadian' AlbertJan 9, 2004

New Brunswick's School District Bike Camps
So far, with great success, two separate bike camps have already been run by Giant Canada’s Eric Goss. Goss spearheaded the program along with some other cyclists while they worked in cooperation with the School System.
Read More
Press Releases
:: from Mike Johnson and Jeff SavoieJan 9, 2004 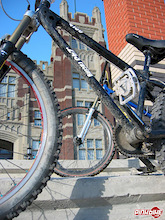 Tested - .243 Racing's Assorted Goodies Debbie
Naughty! Back in mid December we were having one hell of a bunch of nice weather, and both I and Savoie were out of bikes waiting for our .243 racing gear to arrive so we could ride. Bleed was the day that it finally came!
Read More | 3 Comments
Reviews and Tech Reviews
Drop In!    :: from Mike JohansenJan 9, 2004 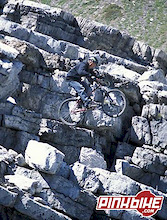 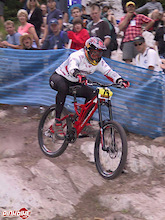 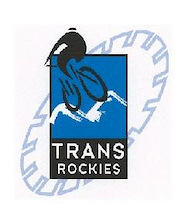 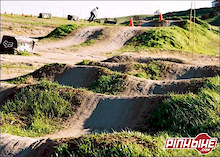 Calgary Outdoor Show Preparations Looking Good
Mike Just got word from a reliable source that dirt's beginning to be shaped, booths are being erected and things are looking good at the Calgary Outdoor Adventure Show. The show opens to the public tomorrow at 4pm, and of course you should be sure to stop by the Pinkbike booth. Radek's bringing the Big Screen TV, our entire collection of DVD's and videos and I've heard rumor of special appearances by MPF and Drop In stars, Dylan Tremblay, Mike Kinrade and Byron Grey. I'll be stepping in the show later this afternoon, and I'll try my damndest to shoot some photos that'll whet your appetite. Visit the Outdoor Show page for registration forms and an event schedule! See you at the show!

Check Out The Preview Pictures Here!

Even in Dormancy, the Red Bull Ride Delivers
The Red Bull Ride remains involved with the mountain bike world with a donation of $1200 recently being made to John Waddell by Zest Productions, the event management and video/dvd distribution group. The money has come from 2003/04 video sales made in Australia – in 2002/03 a similar amount was donated to the Australian junior downhill team.
Read More
Press Releases
Radek Burkat    :: from Radek BurkatJan 2, 2004 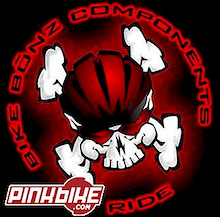 Bikebonz Lever Review
It seems that when I travel outside of Alberta I always see some new, cool product that isn’t available at home. I am always anxious to try it out and see it become available in my local bike stores. This was the case with Bikebonz products. I was in On Top Bike Shop in Vancouver one day and noticed the Bonz Brake Triggers. I contacted Terry from Bikebonz, and he graciously sent me 3 pairs of triggers to test.
Read More | 1 Comments
Reviews and Tech Reviews