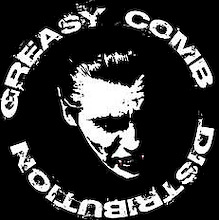 Greasy Comb Exclusive Distributor of INOPIA Footwear
Greasy Comb Distribution is proud to announce that beginning in the early Spring of 2005 it will become the exclusive INOPIA Footwear distributor for the bicycle industry. Our primary goal for adding INOPIA is to expand on what we can offer to our dealers and help develop INOPIA as a brand. GCD will be carrying all of the brand NEW and IMPROVED 2005 INOPIA products. For those of you who are unaware, INOPIA Footwear is a New Jersey rider owned and operated shoe company that also offers a line of soft goods, such as, t-shirts, sweatshirts, socks and backpacks
Read More
Press Releases
Luc 'Acadian' Albert    :: from Luc 'Acadian' AlbertNov 30, 2004

Sneak Peak of RockShox's 2005 BoXXer WC
There is no denying it – For a long time the RockShox BoXXer has been the weapon of choice for many top level downhill racers. Since 1996, when the first prototype BoXXer was introduced, many small refinements have been made to this world class fork. Thanks in part to the feedback gathered from their team riders – over the years RockShox has been able to satisfy the needs of not only their top World Cup racers, but also the privateer racer who’s looking for a light, affordable and serviceable race fork.
Read More | 3 Comments
Reviews and Tech Reviews
Luc 'Acadian' Albert    :: from Luc 'Acadian' AlbertNov 27, 2004

Bicycle Wins 'Best Invention' Poll
What is the greatest invention? So is it the computer? Electricity? No, pedal power makes the bicycle our favourite invention; says The Times Online.

"BRITAIN is a nation built on two wheels: Times readers have pushed aside the claims of electricity and vaccination to choose the bicycle as the country’s greatest invention of the past 250 years."

Sheffield, UK is Getting a New 'Indoor Dream' Track
Just got word from my friend Mark from over the pond that Sheffield is getting a sweet new BMX/BSX indoor track!

This project has been in the works for a few years now, but is now becoming reality! Imagine a 38,000 square feet covered unit with a track designed by UK’s leading track builders Phil Charnley? Sounds like a dream eh? Pretty exciting news if you ask me! If you want to know more and keep up with developments, events and the opening at the venue - check out these websites:

Yet ANOTHER Movie Premiere!!! This Time in Toronto
So, in the spirit of getting everyone together, watching vids, and having some serious fun, Dropmachine am going to throw a movie event.

But not just any movie event.

I will be renting the Royal Theater, which is a big old full size movie theatre with full DTS sound.
Read More
Radek Burkat    :: from Jeremy LevinNov 23, 2004 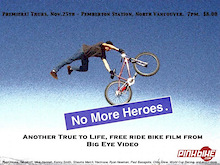 Two New Movies Premiere
Hey Folks - Just to let you know we're doing the Premiere for NO MORE HEROES next Thursday the 25th of November at The Pemberton Station Pub in North Vancouver. Also, we will also be playing the first Vancouver showing of MTB Films brand new flick, HALFWAY TO NOWHERE. Needless to say, the place will be packed so I do recommend getting there at little early. The show will probably start around 8:30ish... See you there! 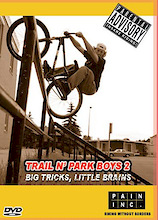 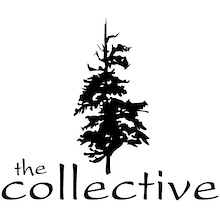 Visual Review of The Collective
You've probably already read many reviews of this fantastic film. Therefore, instead of doing a "traditional" movie review I decided to do a basic rundown of this great new movie using screen captures.
Read More
Press Releases
Luc 'Acadian' Albert    :: from Luc 'Acadian' AlbertNov 19, 2004

Meet Tama Easton
The flights are booked! FALL LINE Productions is shipping the Drop In Crew to New Zealand for the fourth season of the HUGELY popular and ONLY freeride show on the air... Drop In New Zealand!
Helping the crew in their preparations for the journey across the Date Line, and Equator is Tama Easton. You'll be hearing a lot from him as he posts regular updates on the progress throughout the planning stage and regular updates as the tour progresses down under.
For more about Tama...
Read More
Press Releases
Karen Murray    :: from Karen MurrayNov 17, 2004

Girls in Action
After a successful summer bringing some ladies out of the DH mountain biking closet, one chick in particular has upped the anti with a short but sweet part in Digger’s next North Shore Extreme installment….
Read More
Interviews
Radek Burkat    :: from Radek BurkatNov 16, 2004

Gohuckyourself.com Brings You 'The Gathering'
Gohuckyourself.com is hosting a unique and history making MTB competition you do not want to miss! They are organizing a rider created competition which celebrates the progressing styles of our sport. They are hoping for your participation to make this one of the first “Must Go” events of the 2005 season.
Read More
Press Releases
Drop In!    :: from Mike JohansenNov 16, 2004 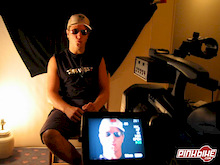 Talking Heads Unite! - The Drop In Crew.
Ever wonder what it would be like to have Dylan Tremblay's undevided attention? Ask Romaniuk a couple questions? See what makes Cam McCaul tick?
Read More
Press Releases
twitter twitter    :: from Dan DakinNov 15, 2004 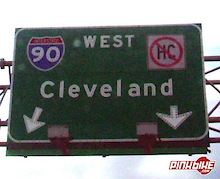 Ray's Indoor MTB Park - Cleveland, Ohio
We came, we rode, we smiled.
It somehow seems appropriate that it was while making the 350-kilometre trek from my home in Niagara Falls, Ontario to an indoor mountain biking park in Cleveland, Ohio that I drove through my first snowfall of the season. It is, after all, the nasty winter climate that made Ray Petro decide to open [L=http://www.raysmtb.com]Ray’s Indoor MTB Park[/L], a 66,000 square foot North Shore-style playground in an old warehouse in West Cleveland.
Read More
Press Releases
Luc 'Acadian' Albert    :: from Luc 'Acadian' AlbertNov 10, 2004

Commencal Bikes now available in North America
Kempter Marketing Inc (www.kmi.ca) is proud to announce that Commencal Bikes of France will now be available throughout North America. We are excited to offer Commencal bikes and frames, including the bike that Anne Caroline Chausson has been winning World Cup Downhill Championships on for the past few years.
Read More | 3 Comments
Press Releases
twitter twitter    :: from Andrew BicycleNov 10, 2004 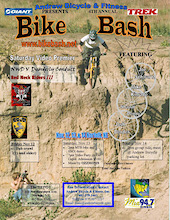 4th Annual Bike Bash - Norfolk, Nebraska
Three of Nelson's finest riders flew out this afternoon for the 4th Annual Bike Bash in Norfolk, Nebraska. This years guests are Mike Kinrade, Shawn Denny, Joe Schwartz, and Josh Bender. The events start Friday night with a bicycle pub crawl for those of you 21 & over. For those of you able to function after the Pub crawl there is an MTB and BMX demo on Saturday at 2pm. NWD 5 and Red Neck Riders 3 will be showing at 7pm. Live Music by Ozzmosis. On Sunday there is a group ride with the pros. For more information, contact jesse@andrewbicycle.com or visit http://bikebash.net/
Read More
Press Releases
Radek Burkat    :: from Radek BurkatNov 8, 2004 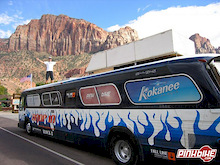 DropIn Bus Virtual Tour
Do you want to experience what it's like sitting in the Drop In bus with the whole crew around you....minus the smells. Here is the next best thing to being there. Colin Wilson from 360virtualtours.com hooked up with the tour in Port McNeil to produce a 360 virtual picture of the inside of the bus. You can pan around 360 degrees, zoom in and out, and check out all the details of the bus. Click links below to take a tour.

Red Bull Rampage 2004 - The Day Two Finals
Day Two the final leg of the event took place in the same section as the first this year, it was the same section used for last year’s Finals. This year’s Finals section was to be a completely new area further to the south, but due to heavy rainfall in days prior it was determined that the earth was too soggy to be safely ridden on.
Read More
Press Releases
Luc 'Acadian' Albert    :: from Michael ZellmannNov 2, 2004

SRAM X-Generation drivetrain sweeps at Red Bull Rampage
The Red Bull Rampage is the premiere Freeride classic that brings together the world’s top gravity talent for a two-day huck-fest in the mountains of Virgin, Utah. Tricks and treats were on order as riders launched off a variety of cliffs and extreme slopes in an attempt to complete extreme jumps safely. Athletes are judged on control, style, amplitude, fluidity and jump difficulty by a panel of Downhill and Freeride experts.
Read More
Press Releases
Radek Burkat    :: from Piney KahnNov 2, 2004

Virgin, UT – October 31, 2004 – Undaunted by days of downpours, thirty of the best freeride mountain bikers from around the world (including riders from the Czech Republic, Germany, Australia, England, Ireland, France, Canada, and the US) gathered to bid a fond farewell to Red Bull Rampage in Virgin, Utah. The sun came out just in time to dry out the dirt on the qualifying ridge, the same intimidating ridge used for finals at Red Bull Rampage 2001-2003. Unfortunately, the plan of breaking in a brand new ridge for finals had to be scrapped due to soggy soil, but that did not stop the bar from being raised.
Read More
Press Releases
Luc 'Acadian' Albert    :: from Luc 'Acadian' AlbertNov 1, 2004 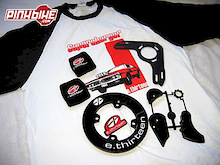 Acadian's November Products
It's been pretty dry on the new product front. All 2005 products were unveiled at Interbike in early October - and many of those new goodies will only be available later this year. I’m expecting a few new toys by the end of the year, so keep checking back.
Read More
Reviews and Tech Reviews
Luc 'Acadian' Albert    :: from Luc 'Acadian' AlbertNov 1, 2004