There will be a council meeting tonight, Monday, March 1st at 7:00 pm at the District Hall:

Ride It... au Français!
Yearning for the French perspective on the scene? Published in France in the beautiful native tongue, Ride It magazine wants to tell you a freeride story or two the way you want to read it. They go to press once a month published as a 32-page mini supplement included in Vélo Tout Terrain Magazine and in February and August they release a 108-page special issue.
Read More
Press Releases
Karl Burkat    :: from Calgary CycleFeb 29, 2004

The 2004 Alberta Freeride Awards
Welcome BACK to the 2nd annual A.F.A’s where you, the rider, get to vote for your fellow urban, DJ, DH and freeride favorites in Alberta. The A.F.A.’s focus continues to give recognition to the riders who are out there plan B’n it (give n’er) rain, shine or snow, day in and day out.
Read More
Press Releases
twitter twitter    :: from Mike PorterFeb 27, 2004


Subaru of America, Inc. recently renewed its support of the acclaimed
Subaru/IMBA Trail Care Crew through 2006. Launched in 1997, the
Subaru/IMBATrail Care Crew program has led more than 1,000 trail projects, trained more than 35,000 people in sustainable trailbuilding techniques and logged half a million miles of coast-to-coast travel in its official Subaru vehicles.
Read More
Press Releases
Drop In!    :: from Mike JohansenFeb 24, 2004

Vancouver Outdoor Show A Success!!
The Drop In Bus made it back to Calgary safely and in record time yesterday after the trek over the Rockies to Vancouver for the Advil Outdoor Show. The energy that surrounds this event is why it is fast becoming the Interbike of Canada.
Read More | 1 Comments
Press Releases
twitter twitter    :: from Mike PorterFeb 23, 2004

Kyle Strait To Ride Bombshell Wheels In '04
Bombshell Racing, makers of some of the industry's highest quality MTB wheels and components, has just come to an agreement with Specialized superstar Kyle Strait to exclusively run it's Fat Daddy line of MTB rims. "We are extremely excited to have Kyle on board with our wheel program. Kyle met our sales manager Jason Anderson a couple of months ago and the deal was set into motion," stated Bombshell Marketing Director Will Rells. "Kyle is an exceptional young man and represents his sponsors very well."
Read More
Press Releases
Rod Leland    :: from Rod LelandFeb 23, 2004

Fat Tire I Results
Last night at Canada Olympic Park the First Fat Tire race of the season went down with perfect conditions and a crazy course. It was super warm and a lot of competitors came out and tried their hand at seeing who could stay on their bike over 6 foot stepdowns and 25 foot tables.
Read More
Press Releases
twitter twitter    :: from Marshall RutmanFeb 23, 2004

Review: The Second Spectacle by Clay Porter
The Second Spectacle picks up right were the First Spectacle ended. This installment is packed with approximately 40 minutes of racing action from NORBA NCS’s DH and 4X, plus some good footage from local rippers!
Read More
Press Releases
Karl Burkat    :: from Karl BurkatFeb 22, 2004

New Poll!
With the new website changes in effect, what better time to throw up a new poll. The question asked this time around; What was your favorite Dropin Episode from Season One. Also, from now on we will be adding new polls every two weeks. And the results from the last poll, How much do you spend on biking travel in a year, ended with most poeple not spending a dime and just riding out their front door.
Read More
Press Releases
twitter twitter    :: from James RadkeFeb 21, 2004

Winter Fat Tire Returns to COP - Calgary, AB
Itching to get back on your bike? This Sunday(Feb. 22) the WINTER FAT TIRE BIKERCROSS series at C.O.P is almost here. With high speed, big air and carnage everywhere, snow is the big equalizer. Every rider stands a chance to advance regardless of the field!
Read More | 1 Comments
Press Releases
Luc 'Acadian' Albert    :: from Luc 'Acadian' AlbertFeb 20, 2004

2004 Maxxis Team revealed
Following an offseason that nearly saw the Maxxis mountain-bike team merge with the Giant squad, the orange-and-black, tire-maker sponsored team is back with a new line-up that includes Canadian cross-country honch Geoff Kabush.

[Read About it Here]

Pinkbike 1.5
The design team at Pinkbike has been hard at work the last few days improving some of the site's functionality. We've added a new User Registration System to the website to offer more options to you, the user. Read on to see the changes.
Read More
Press Releases
Luc 'Acadian' Albert    :: from Luc 'Acadian' AlbertFeb 16, 2004 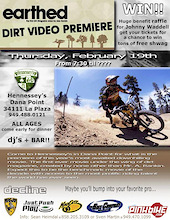 SoCal's USA premiere of Earthed
Dirt Mag's long awaited video "Earthed" will have a USA premiere @ Hennessey's, Dana Point this Thursday Night at 7:30. A lot of SWAG to be won and raffle benefits will go to the Johnny Waddell recovery fund. Meet some pros. All ages if you come early.
[Read About it Here]
Read More
Press Releases
Russ Day    :: from Gabe FoxFeb 13, 2004

Racing Returns to Grouse - Cove Bikercross
Cove Bikes along with Cycling BC present the Cove Bikercross at Grouse Mountain. With exclusive access to Grouse’s World Cup track, starting in April, the series will run every Wednesday for the duration of the summer.
Read More
Press Releases
twitter twitter    :: from Paddy KayeFeb 12, 2004

Joyride 04, Back to the Roots
An unsuccessful attempt at working with Whistler’s bike park for the 7th strait year has pushed Joyride to continue its vision and development to other arenas. Joyride Productions Inc. is pleased to announce Joyride 04 in its raw form to take place July 10th at Sun Peaks Resort near Kamloops BC.
Read More
Press Releases
Russ Day    :: from Transition BikesFeb 11, 2004

Transition Announces Winner - “Name the Frame” Contest
Transition Bikes set out three weeks ago with the help of PinkBike.com to let the riding community decide the name of their new hardtail frame to be released spring 2004. The contest drew over 6000 entries from across the globe. "It was a huge success”, says co-owner Kevin Menard. "We received far more entries than we expected and as a result it took us awhile to finally decide on the winner".
Read More
Press Releases
Drop In!    :: from Mike JohansenFeb 10, 2004 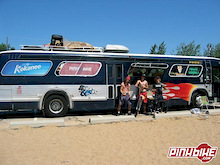 Vancouver Outdoor Show
Tim and I will be leaving Calgary tomorrow to get on the road in time to make it to Vancouver for the annual Advil Outdoor Adventure Show. It was really cool last year and we don't want to miss it. What's that? It's only Tuesday tomorrow and the show starts on Friday morning you say? Well, when you're driving a 26 year old vehicle that was retired from duty 10 years ago and will only go 15 km/h up hill you have to plan for a long drive. That's right... The Drop In bus is on the road again for the first time since Season 2 wrapped up!
Read More | 1 Comments
Press Releases
Luc 'Acadian' Albert    :: from Luc 'Acadian' AlbertFeb 10, 2004 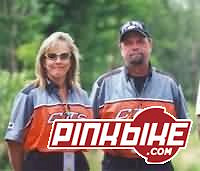 CTS
Some of you might have heard about CTS already, especially if you’re into Kart Racing. CTS is a small company based out of Sacramento, CA that manufacture high end race karts. Okay, now you’re probably wondering why in hell I'm posting news about Kart racing? There is more...
Read More
Press Releases
Drop In!    :: from Tim BieberFeb 9, 2004 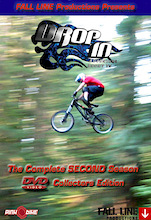 DROP IN Season 2 DVD Ready For Purchase + CONTEST
The time has finally come! It's time to buy the long awaited DROP IN season TWO 4 sided DVD set (2 double sided high density DVD's) packed with so much kick butt riding footage it couldn't be contained on just 3 normal discs! All 13 of season 2 Drop In TV episodes, commercial free, as well as never seen before behind the scenes antics, bus life, adventures and best of all -- insane riding that never made it into the episodes, all in higher quality than season 1...for the same price.
Read More
Press Releases
Luc 'Acadian' Albert    :: from VeloNews.comFeb 9, 2004 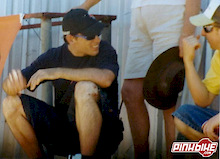 Support for the race has been great and its time to thank those envovled.

Paul, Kat and Vlad from 3 Chillies are legends and without them nothing would have gone ahead or got done. Sam and Sabrina for drumming up support, promo, track and the rest
Read More | 1 Comments
Press Releases
Russ Day    :: from Russ DayFeb 8, 2004 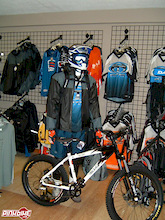 On Top Announces Huge Outdoor Show Giveaway
On Top Bike Shop presents the Great freeride giveaway premiering at this years Vancouver Outdoor Show exhibition. This Valentines weekend come down to the On Top booth and we will show you some lovin by drawing a total prize package worth over a whopping $5000!!
Read More
Press Releases
Luc 'Acadian' Albert    :: from Luc 'Acadian' AlbertFeb 6, 2004

John Waddell Fundraiser Race...Still Time to Register
C'mon...there is still time to register. The race is Sunday and there should be MORE people on that race list!! It's for a good cause! Look at it this way - It will bring you good karma for the season and help a fellow rider!

Norco Product Web Videos
Norco Performance bikes is now in its 40th year. We've been designing and building bikes for a long time. Developing these web based videos is an immediate way of letting everyone know about the TLC we put into hand building our rides. Make no mistake, we ride the bikes we build, and we come back to the office having flowed our favourite local trails inspired to keep on delivering bikes that will take you on the adventure of your choice.
Read More
Press Releases
Luc 'Acadian' Albert    :: from Luc 'Acadian' AlbertFeb 4, 2004 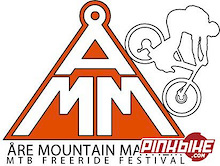 Åre Mountain Mayhem MTB Freeride Festival
If you watched New World Disorder 4, chances are you have already heard about Åre Mountain, since some of the footage was shot on location during the 2003 Åre Mountain Mayhem Freeride festival.
Read More
Press Releases
twitter twitter    :: from Whistler Mountain Bike ParkFeb 4, 2004

Whistler Bike Park to Host CrankWorX July 22-25, 2004
Showcasing the hottest free-ride mountain bike playground in the world – CrankWorX will amp up the volume with the ultimate celebration of progressive Mountain Biking on the planet! Plan to be in Whistler this July 22-25 to watch or participate alongside the world’s best free-ride athletes competing for $25,000 in cash! Concert series, entertainment, pro rider shows and industry product demos round out the menu for all to take in.
Read More
Press Releases
Luc 'Acadian' Albert    :: from Luc 'Acadian' AlbertFeb 3, 2004

Descent-World.co.uk Rider Interviews
Our good friends over at Descent-World.co.uk have been pretty busy lately, cranking out many great rider interviews. They currently already have quite a few of them up with riders such as Sam Hill, Tracey Mosely and Matti Lehikoinen. So if you haven’t checked them out yet, I strongly suggest you do and make sure to check back often, since more will be posted.

New Frame from Planet-X
Just got a head up from Christian at Cycles Simtra about the release of a new Planet-X frame. The Planet-X Ghost is an Urban trials frame or a street frame with a 'trialsy' feel to it.

Bikes Stolen from Turner Suspension Bicycles, inc.
5 bikes were stolen out of Turner's Trailer (behind their shop) in Temecula. The bikes stolen were all 5 SPOTS, 4 larges and 1 Medium. 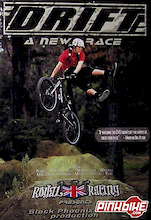 Drift 2: A New Race by Black Phoenix Films
Drift 2: A New Race, picked up right where the original installment left off! Footage of Australia's best riders doing what they do best, be it downhill racing, dirt jumping, street riding or partying their brains out!!
Read More
Press Releases
twitter twitter    :: from Mike PorterFeb 2, 2004

Kyle Strait Signs With Specialized
Kyle Strait has signed a contract with Specialized today that will see the gravity prodigy riding their frames throughout 2004 with the option to continue riding their bikes through to the end of 2006, at least. Kyle, who turns 17 later this year, is very excited about his new deal that puts him at the head of Specialized's new surge into the gravity arena.
Read More
Press Releases